A grand jury has indicted former San Antonio Police officer James Brennand on two counts of aggravated assault and one count of attempted murder after he allegedly shot at unarmed 17-year-old Erik Cantu in a McDonald's parking lot.

He said his office's civil rights division will now proceed with the prosecution in the case, including a possible trial, in order to attempt to convict Brennand.

Police body camera video of the Oct. 22 incident shows Brennand opening Cantu's car door and demanding he exit the vehicle in a McDonald's parking lot. Cantu, who was eating a burger at the time, proceeded to back up and drive off while Brennand fired his gun several times.

Cantu suffered injuries to his stomach, diaphragm, lungs, liver, bicep, and forearm, spending weeks on life support. He was released from the hospital on Thanksgiving week.

Brennand was charged with two counts of aggravated assault with a deadly weapon by a public servant and one attempted murder count. He could face a life sentence.

Gonzales said his office will seek the “maximum punishment” for Brennand, saying it “appears to be appropriate.” 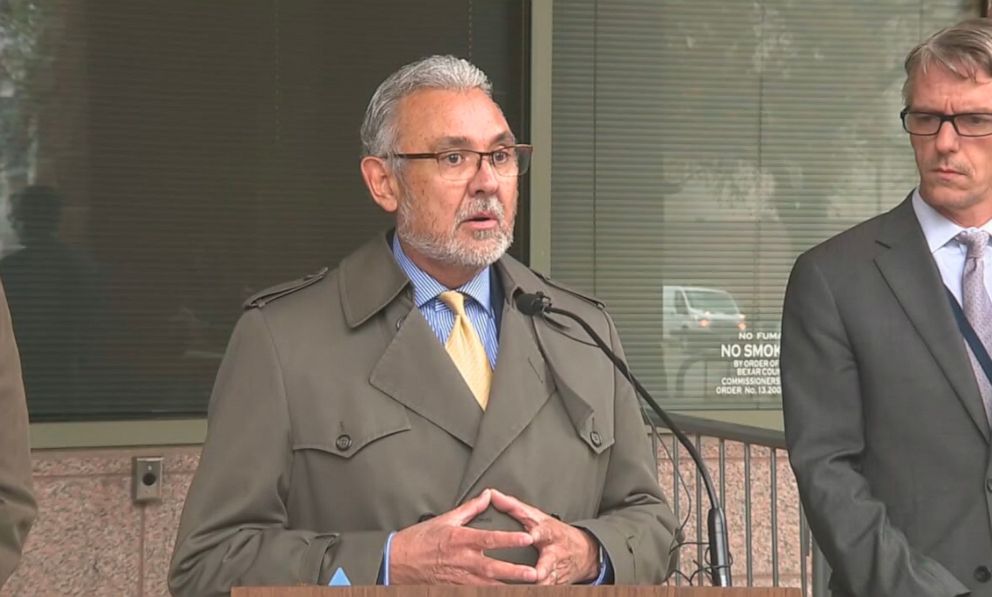 “I hope that by vigorously investigating and prosecuting this case, we can help to decrease the pain in our system, even if we can never bear all the pain and suffering that Eric and his family have experienced,” he added.

Cantu's attorney Ben Crump said in a statement that the announcement of the indictment was a “relief” for Cantu and his family.

“The grand jury's decision to indict on an attempted murder charge and two counts of aggravated assault is a significant step toward justice –– but there is still a long road ahead,” Crump said. “We will continue to fight for accountability and transparency through the legal process.” 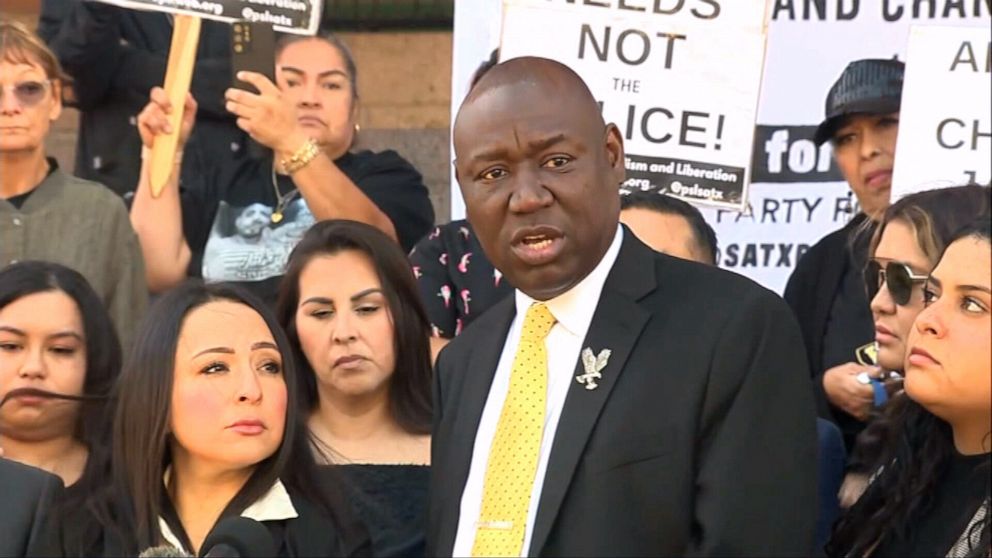 Nico LaHood, whose firm LaHood & Norton Law Group represents Brennand, told ABC News the attempted murder by a public servant charge was atypical and rarely used because prosecutors must prove not just use of deadly force but “intent to kill.”

LaHood, a former Criminal District Attorney of Bexar County himself, maintains Brennand's actions were “legally justified” and that further information revealed during legal proceedings will demonstrate that.

“Until this day, James Brennand has been tried in the court of public opinion, without the benefit of his side of the story being known,” LaHood said. “Already we have seen that the initial reports by rush to judgment attitude, have been contradicted by subsequent reporting that has examined the facts. We anticipate more information will be revealed that will further shed light on this incident.”

SIOUX FALLS, S.D. (AP) — South Dakota Gov. Kristi Noem has yet to make herself available to the Capitol press during the first three weeks of the state’s legislative session, breaking with a decades-old ritual of South Dakota governors holding a weekly news conference to publicly discuss their policy initiatives ...

A Castaic father is in custody on charges that he pepper-sprayed his son’s friends, stole a backpack from them and then tried to stab his son following a pair of arguments he had with the alleged victims at his ex-wife’s house. Mark Zarakowski, 48, who is reportedly a transient, pleaded ...

NBCDFW.com From traditional dress to traditional riding, Escaramuza teams keep the strength and beauty of Escaramuza alive. “So Escaramuza to me is more than just a passion, it’s a lifestyle to me,” said Aber Alcala, team captain of Tierra Azteca Escaramuza. “I’ve been raised in this culture. I’ve been ...


View more: Escaramuza Competitions This Weekend at Fort Worth Stock Show and Rodeo

How to lock down your iCloud in iOS 16 with Apple’s Advanced Data Protection iCloud has come a long way since the days of scandalous celebrity hacks, but that doesn’t mean Apple’s pursuit of buttoned-up security is done. Recently, Apple released a much-anticipated new end-to-end encryption feature that protects ...


View more: How to lock down your iCloud in iOS 16 with Apple's Advanced Data Protection

TJ Holmes and Amy Robach are FIRED by ABC following 'several productive conversations' with the lovers - after DailyMail.com revealed their affair

'They told me what to do': Sharon Stone reveals she's worked with 'a lot of misogynists in Hollywood' and shares which co-stars treated her with respect in candid interview

Texas man had sex with DJ girlfriend before he 'beat her with fists' and choked her to death in Colombia, prosecutors say father of three then stuffed body into suitcase with 'head sticking out'

Would this have been a better response, Joe? Mike Pence takes ownership of the classified documents found at his home and admits 'mistakes were made' - after President insisted 'there's no "there" there'