United States manager Gregg Berhalter has backed Manchester United and Newcast target Christian Pulisic to prove his worth as speculation continues over the Chelsea forward’s future. 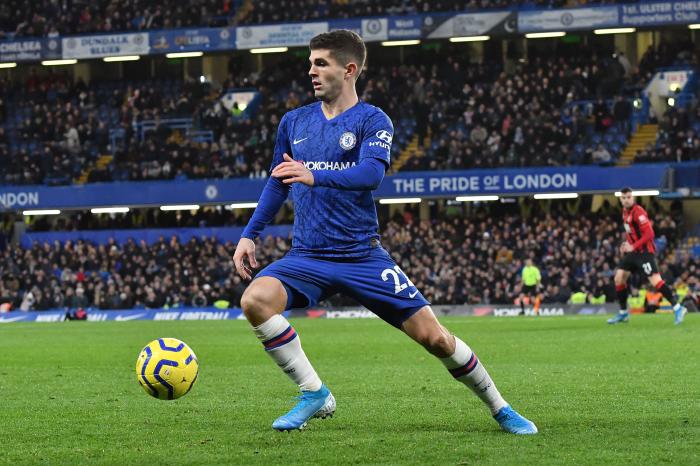 A big-money signing from Borussia Dortmund in 2019, the 23-year-old has become frustrated at the lack of starts he is making under Thomas Tuchel.

The looming winter World Cup has sharpened Pulisic’s focus and he is reported to be of interest to a variety of clubs, from Manchester United and Newcastle to Atletico Madrid and Juventus.

The US captain could still end up staying put and Berhalter believes he will come good even if he remains with Chelsea until the tournament gets under way in Qatar.

“He’s a fighter,” the USA manager said at a Major League Soccer event. “You’re going to see. He’s going to get on the field.

“I mean, every year it’s ‘he may not be a starter’, right? Every year you hear that and every year he ends up on the field because of his contribution.

“He’s a goalscorer, he’s a winner. What I’ve seen from him in the last couple of years is his mentality has completely shifted and he embraces stuff like this.

“He’s not scared of challenges like (he has at Chelsea) and I’m excited to see how he performs this year.”

The Prime Minister and the Chancellor will meet with the Office for Budget Responsibility (OBR) today after days of market turmoil following last week’s tax-cutting mini-budget. Treasury and Downing Street sources hit back at suggestions it was an emergency meeting, while Treasury minister Andrew Griffith played down its significance, labelling ...


View more: ‘Darts pushed me over the edge’: James Wade on his battle with bipolar disorder


View more: The Princess of Wales opts for a chic navy suit for a meeting with the Royal Navy

Donatella Versace cut a glamorous figure as she attended the inaugural Albie Awards in New York on Thursday. The Italian designer, 67, stood out in an eye-catching purple gown which showed off her incredible figure. She boosted her height in a pair of chunky heels and accessorised with dazzling silver jewellery. ...

Britain's Got Talent 2010 semi-finalist James Edgington was found guilty of theft The singer, 39, stole 'in excess' of £19,000 to fund his charity called Bolton PrideHe was handed a 10 month prison sentence suspended for 12 months at courtHe appeared at Bolton Crown Court, where his father Graham was also pictured

Luke Currie senses opportunity after tough slog: ‘it makes it easier going to the races’

In Iran, India or France, women’s dress should be women’s choice

The rise of the VERY long-awaited sequels! As Hocus Pocus 2 premieres 30 years after the original, how studios are waiting DECADES in the hope of luring 'nostalgic' adults and their families to boost ticket sales

How does your city score for sustainability?

Dear Abby: I cheated on my boyfriend while he was in prison

Hurricane Ian on Way to South Carolina After Slamming Florida

Did Tolkien Think That Middle-Earth's Orcs Could Be Redeemed?