The head of the New York state police resigned Friday, while allegations swirl that he shielded a longtime colleague from discipline, state officials said.

New York State Police Superintendent Kevin Bruen put in his resignation on Friday, claiming that his last day in office will be on Oct. 19.

On Monday, Gov. Hochul confirmed reports that her office had launched an investigation into the superintendent. Bruen allegedly protected a co-worker and human resources director he had a close relationship with from internal complaints and potential discipline, according to the Times Union newspaper.

That human resources director, MaryEllen Tedesco, resigned from the agency last month. The state’s Office of Employee Relations were investigating how she handled an application by a person with a wheelchair, according to the Olean Times Herald. 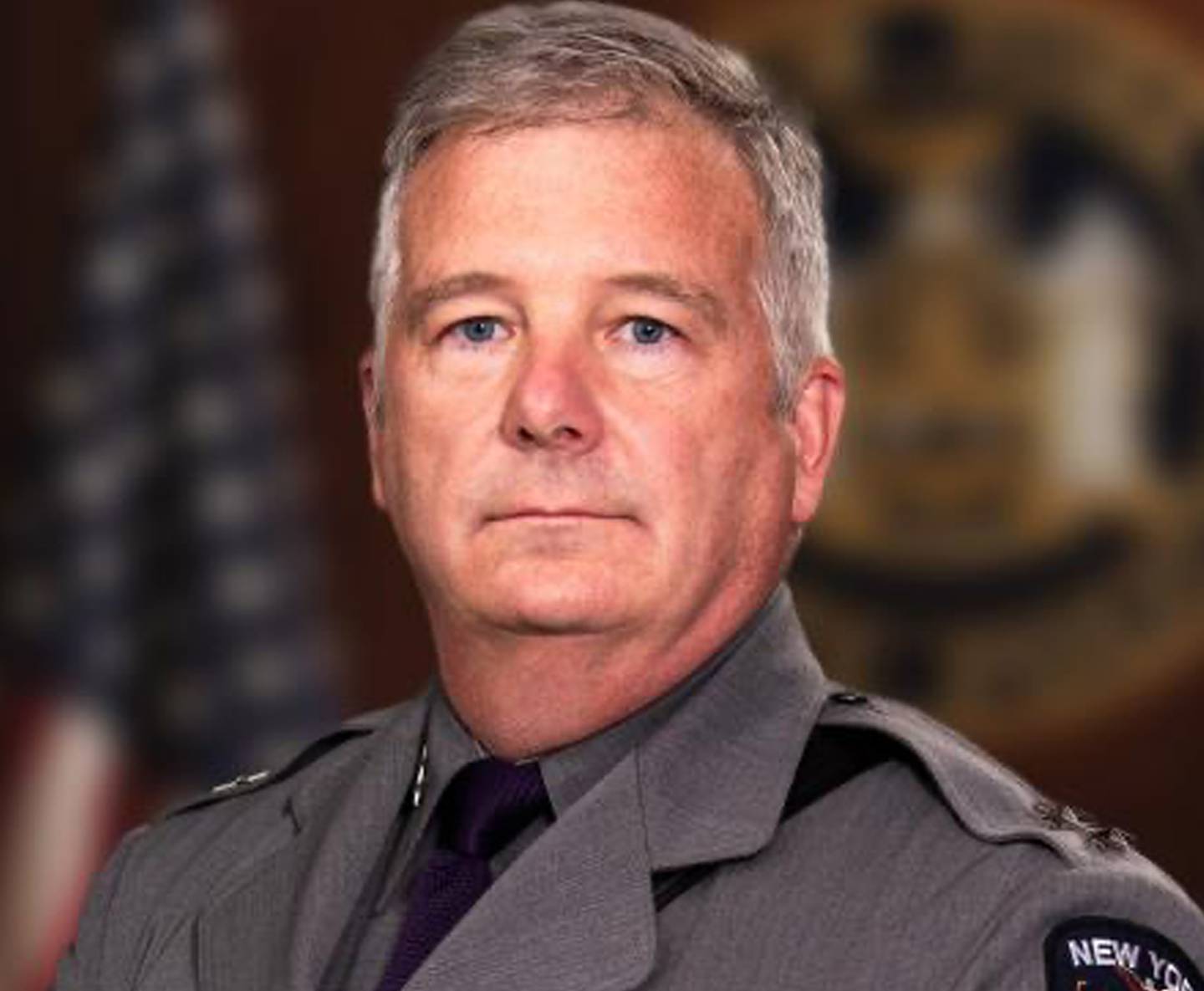 Hochul said this week that she “inherited” Bruen, but she wasn’t making any decisions on whether she would fire the superintendent until after a full investigation was conducted.

Bruen was also accused of giving leniency to a trooper who had a romantic relationship with one of former Gov. Cuomo’s daughter.

A report by Inspector General Lucy Lang released in August claimed Bruen decided not to formally punish Trooper Dane Pfeiffer for dating Cara Kennedy-Cuomo while he was assigned to the ex-governor’s protective detail.

Instead, Bruen allowed Pfeiffer to resign, then punished a supervisor who knew about the dalliance but failed to inform the IG’s office. 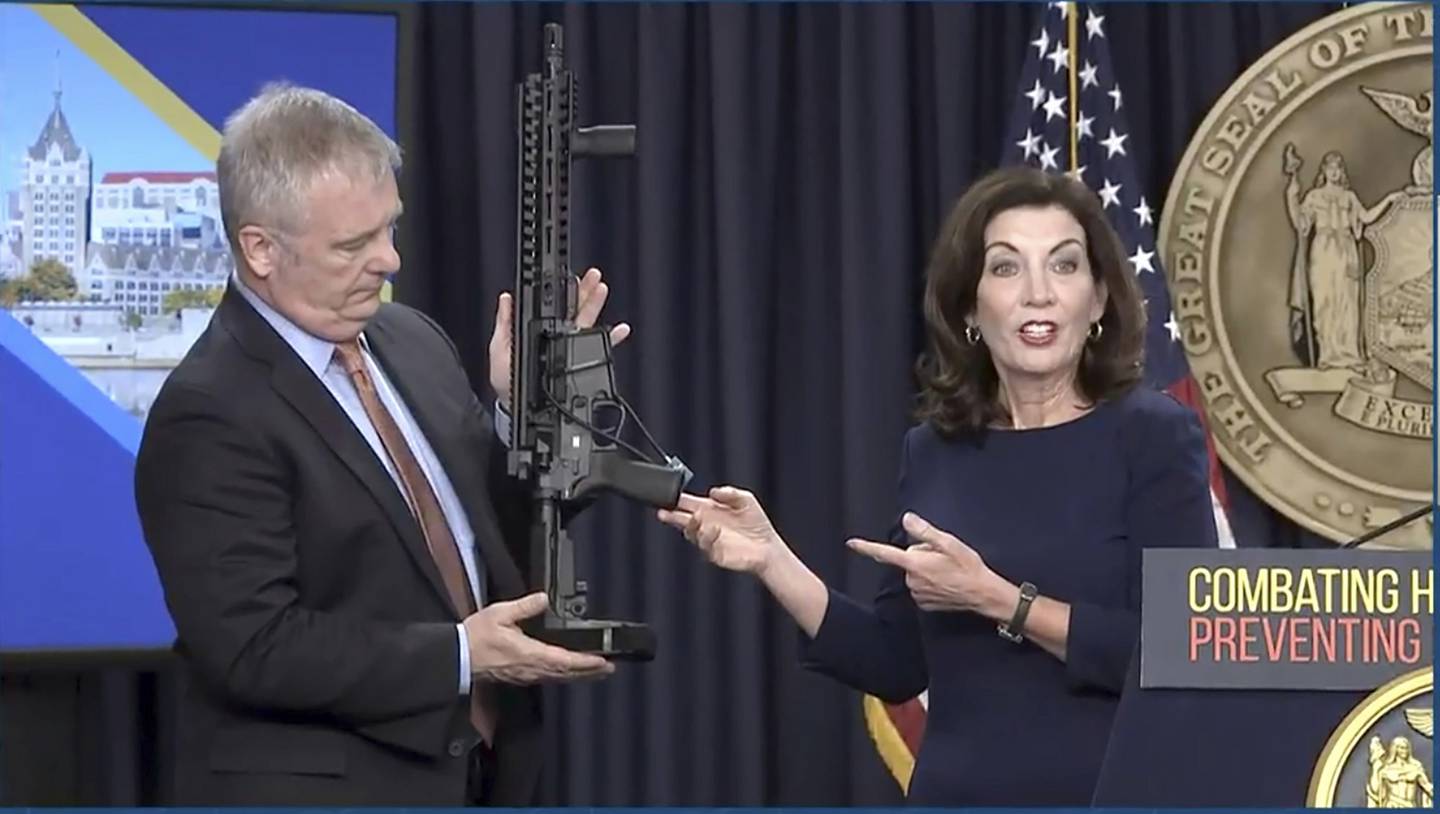 “These failings prevented a full and fair review of the investigation, which, while problematic in any circumstance, is of even graver concern here, where the facts call into serious question the decision not to formally discipline Pfeiffer for his conduct, particularly when a simultaneous decision was made to discipline his supervisor for failing to take action upon learning of that same conduct,” Lang’s report read.

“We wish Superintendent Bruen well in his future endeavors,” the PBA Board of Directors said in a statement.

A lack of staff has forced the psychiatric unit at Lakeshore General hospital to shut down temporarily. The West Island regional health authority says the hospital was operating with about 6 of the 9 psychiatrists needed to maintain a full 24-hour service some patients need. Those who are currently receiving ...

This would have been Lexi Daken’s senior year of high school. She died by suicide in February 2021 after trying to seek care at Dr. Everett Chalmers Regional Hospital. Her parents previously told Global News she’d left the hospital just days before her death feeling like a burden. Daken was ...

MINNEAPOLIS — Not this F’ing time. Jets upstart quarterback Mike “F’ing” White nearly led the Jets to a comeback victory, but an interception with 10 seconds left by Vikings safety Camryn Bynum ended the Jets’ upset hopes and gave the Vikings a 27-22 victory. The Jets fell to 7-5 on ...

Notorious “Torso Killer” Richard Cottingham will plead guilty to five more Long Island slayings on Monday. The infamous serial slayer known as the “Torso Killer’’ because of the way he carved up some of his victims is set to plead guilty Monday in the brutal murders of five Long ...

DFree/Shutterstock Even if none of his subsequent films were ever made, Wes Craven’s 1977 film “The Hills Have Eyes” would still be enough to make him a well-respected name in horror circles. Though only his second film, it already bore many of the hallmarks that would make him a ...


View more: The Terrifying Real-Life Origin Story Behind The Hills Have Eyes

Packers surpass Bears for all-time franchise wins originally appeared on NBC Sports Chicago The Green Bay Packers defeated the Chicago Bears, 28-19, on Sunday and secured the most franchise wins in NFL history with the win. The Packers now have 787 wins as a franchise, and the Bears have ...

“Black Panther: Wakanda Forever” kept the box-office crown for the fourth straight weekend, and the comic holiday thriller “Violent Night” debuted with $13.3 million, according to studio estimates Sunday. But the biggest talking point on the weekend was a movie conspicuously absent from theaters. Had Netflix kept Rian Johnson’s whodunit ...