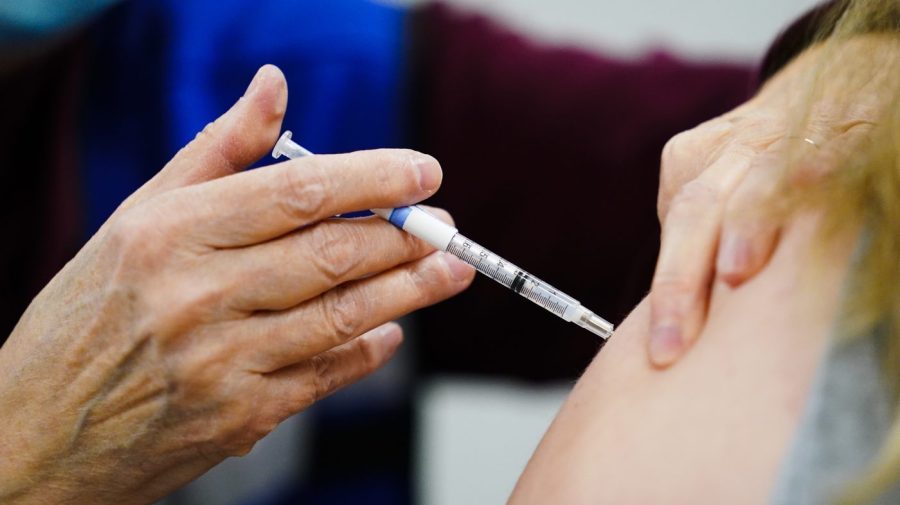 In other health news, many adults say they don’t know anything about the new COVID-19 booster shots.

Welcome to Overnight Health Care, where we’re following the latest moves on policy and news affecting your health. For The Hill, we’re Nathaniel Weixel and Joseph Choi. Someone forward you this newsletter? Subscribe here.

A new poll released on Friday found that half of U.S. adults say they know little to nothing about the recently authorized bivalent coronavirus booster doses almost one month after they were made available.

The bivalent COVID-19 boosters from Moderna and Pfizer contain mRNA components of the original SARS-CoV-2 strain as well as an mRNA component that is found in both the BA.4 and BA.5 omicron subvariants.

Prospective immunization rates: The Kaiser survey found that about a third of U.S. adults say they have either gotten the updated shot or are planning to get it “as soon as possible,” with only 5 percent saying they had gotten the shot.

A little more than a quarter of respondents said they were ineligible for the booster due to having not yet received the first two primary doses of the COVID-19 vaccines. Another 18 percent said they planned to wait and see before getting the shot,

More than 1,200 prescription drugs rose in price faster than the rate of inflation between 2021 and 2022, according to a report released by the Department of Health and Human Services (HHS) on Friday.

Context: The report highlights the potential impact of the drug pricing provisions in the Inflation Reduction Act. The law requires drug companies to pay a rebate to the government if drug prices rise faster than inflation for Medicare.

Recent comments made by Georgia’s Democratic gubernatorial nominee Stacey Abrams regarding fetal heartbeats were a hot topic among GOP lawmakers on Thursday during a House Oversight and Reform Committee hearing examining abortion restrictions across the country.

Abrams has faced heavy criticism from the right following a comment she made last week during a panel discussion in Atlanta.

Abrams’s comments reflect the position of the American College of Obstetricians and Gynecologists (ACOG), which says on its website: “It is clinically inaccurate to use the word ‘heartbeat’ to describe the sound that can be heard on ultrasound in very early pregnancy.”

Rates of suicide in the U.S. increased in 2021 following a two-year period of decline, according to new provisional data from the Centers for Disease Control and Prevention (CDC).

Compared with 2020, last year saw a 4 percent increase in suicides overall, according to death records processed by the National Center for Health Statistics.

Although total monthly suicides were lower in January, February and July of 2021 compared with the previous year, all other months outpaced 2020. Totals were also

The trend is worrying experts who fear rates are rebounding to those measured before the pandemic.

The same evening, however, the governor vetoed a third bill that would have created a publicly accessible database of consumer items that contain these toxic compounds.

The first bill signed into law, AB 2771, will prohibit the manufacture, sale and delivery of cosmetic products that contain per- and polyfluoroalkyl substances (PFAS). This legislation builds upon an existing law that had banned select types of PFAS by that same deadline.

“Toxic PFAS have no place in our consumer products,” state Assemblymember Laura Friedman (D), who authored the bill, said in a statement.

The second bill, AB 1817, will bar the manufacture, distribution and sale of “any new, not previously owned” textiles that contain PFAS, with a few exceptions. The bill will also require manufacturers to provide a certificate of compliance indicating that their products do not contain PFAS.

Building on past work: These new requirements follow up on two other product bans signed into law last October. Those bills, proposed by Friedman and fellow Assemblymember Phil Ting (D) respectively, prohibit the sale and distribution of both food packaging and children’s products that contain PFAS, beginning next year.

That’s it for today, thanks for reading. Check out The Hill’s Health Care page for the latest news and coverage. See you next week.