HEARTBROKEN Lauren Goodger picked up her daughter Lorena's ashes and has brought them home after her tragic loss.

On July 10, Lauren, 35, revealed the devastating news that her new born daughter had died. 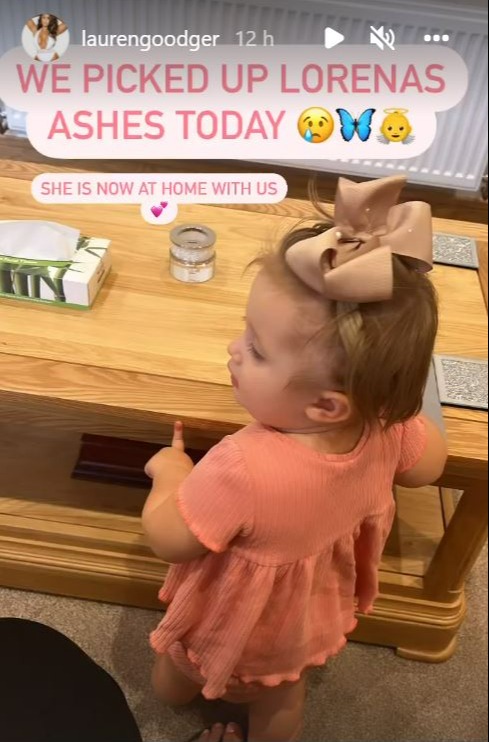 Heartbroken Lauren Goodger has revealed that she's picked up her daughter Lorena's ashes after her heartbreaking deathCredit: Instagram 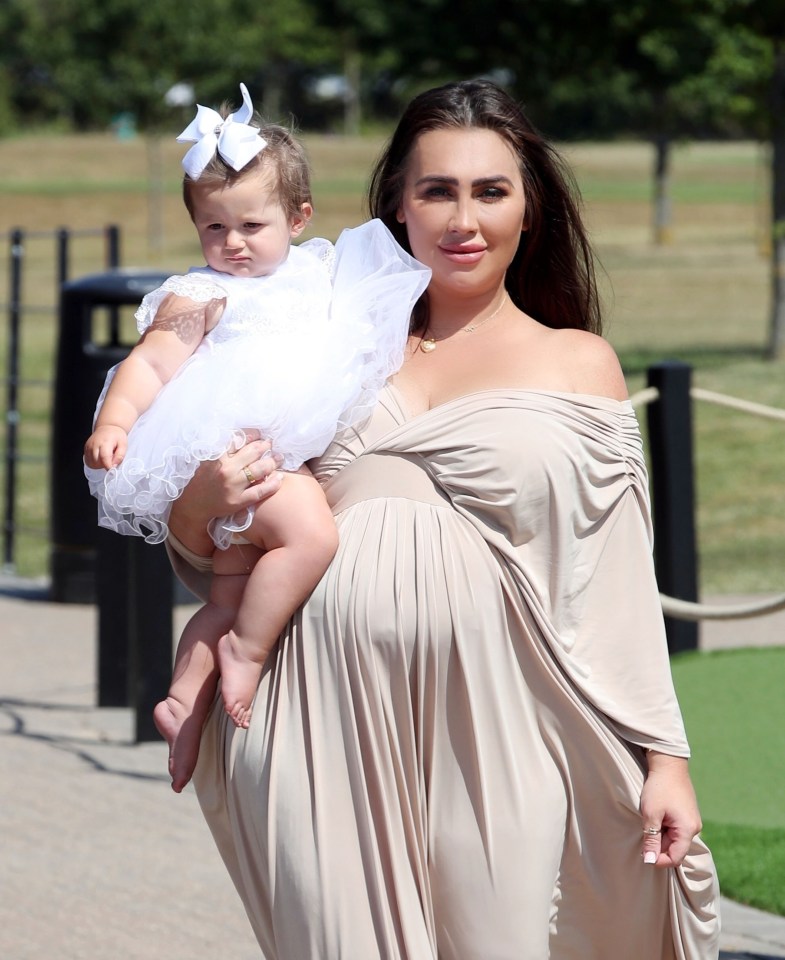 Lauren pictured with her daughter Larose, who she shares with Charles DruryCredit: BackGrid

The star, who also shares one-year-old Larose with Charles Drury, said her final goodbyes to Lorena on August 5.

Over the past few weeks the star has taken a step back from social media to grieve.

Yesterday she posted that she finally has Lorena at home with her.

Sharing a snap of Larose standing next to a coffee table, Lauren said: “We picked up Lorena's ashes today,” with a crying face, butterfly and angel emoji.

She added: “She is now at home with us.”

Lauren shared the heartbreaking news that she lost her daughter on Instagram, along with a picture of her holding daughter Lorena's hand.

Lauren wrote: “She was the most beautiful healthy baby I’ve ever seen just like her sister @babylarose.x …

“Words can’t describe as a mother losing your baby that I carried for all these months perfectly and gave birth too for my angel to be taken from me 👼 .”

Last week, Lauren's boyfriend Charles Drury was released on bail following claims he had attacked Lauren at her home just hours after they buried their daughter Lorena on 5 August.

Lauren was later seen with a black eye as she ran errands in Essex, and as she attended the funeral of ex-boyfriend Jake McLean on Tuesday.

Back in January it was revealed in January that Lauren is expecting her second child with the builder.

Lauren and Charles started dating back in October 2020.


View more: Trevor Noah said he is leaving The Daily Show. Take a look at some memorable moments

Album cover for The First Time I Wore Hearing Aids. Ian Brennan hide caption toggle caption Ian Brennan Raymond Antrobus was born deaf. When he came to poetry, much of his work was built on the history and foundations of poetry slams and spoken word performances. “I really felt ...

Jennifer Aniston ensured she kept up her workout regime as she headed out for a jog between filming scenes for The Morning Show. The 53-year-old actress looked in good spirits as she set off for her run in the early  hours ahead of filming in Brooklyn on Thursday. The Friends star ...


View more: Jennifer Aniston keeps fit on the set of The Morning Show as she heads for a jog before catching up with co-star Reese Witherspoon

SINGAPORE – There has been a 35 to 40 per cent increase week-on-week in coronavirus cases over the past few days, the Ministry of Health (MOH) said on Friday, in a fresh warning as the nation transitions to living with the virus. Driven primarily by an increase in infections ...

Greg Abbott and Beto O'Rourke set to debate: What to expect Polls indicate that O'Rourke has more work to do with voters. On Friday — for the first and only time — Texas Republican Gov. Greg Abbott and his Democratic challenger, former Texas Rep. Beto O'Rourke, will meet face-to-face for ...


View more: Greg Abbott and Beto O'Rourke set to debate: What to expect

The government said the "emergency response phase" of the pandemic was finished and they needed to find different ways of dealing with the virus.

Google Stadia: why it shutting down? How to get a refund for gaming streaming service and what has Google said

What does a weaker British pound mean for Asian tourists, students and businesses?