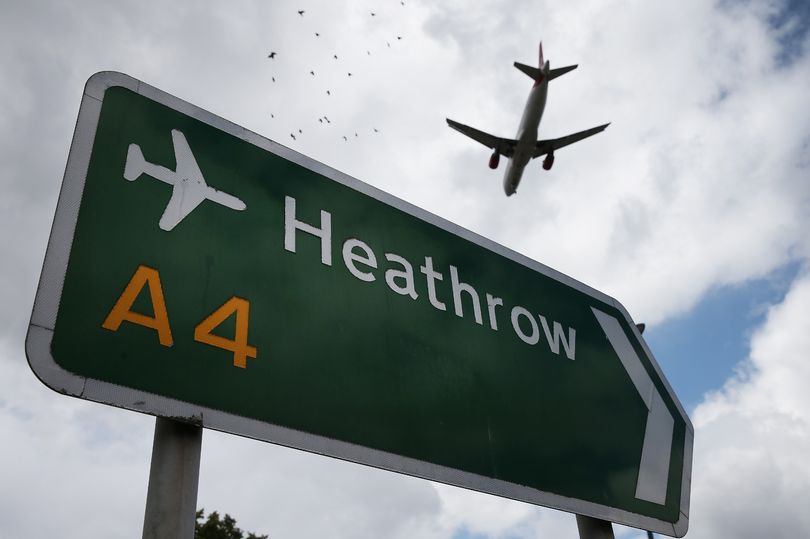 Two aeroplanes had a ‘minor collision’ on the airfield at Heathrow Airport on Wednesday night, September 28. No one was injured as passengers and crew were safely disembarked as an investigation has been launched.

The collision took place around 8pm on the ground with no significant impacts on arrivals or departures of other flights. The airport has continued to operate as usual as an investigation is underway. The incident involved Korean Air and Icelandair aircraft.

Emergency services attended to the scene last night but no one required treatment. The Air Accident Investigation Branch have said an investigation is underway but no more information can be given at this time.

A Heathrow Airport spokesperson said: “Yesterday evening our teams responded to a minor collision between two aircraft on the airfield. There were no injuries as a result of the incident and all passengers and crew were safely disembarked. An investigation with appropriate authorities is now underway.”

The London Fire Service attended alongside London Ambulance Service. An ambulance service spokesman said last night: “We were called today at 8.06pm to reports of an incident at Heathrow airport.

“We sent a number of resources to the scene including members of our Hazardous Area Response Team (HART), a clinical team leader, a cycle responder and an incident response officer. We attended a reception centre for passengers but nobody required treatment or needed to be taken to hospital.”

Protesters confront policemen during a protest in Beijing (AP) (AP) A Cabinet minister has warned Beijing there was “absolutely no excuse” for a BBC journalist covering protests in China to be “beaten by the police”. Business Secretary Grant Shapps said on Monday that the incident was of “considerable concern” ...

Profit growth across all of divisions, despite macroeconomic backdrop Gross profit up 40.8% to £54.9m as adjusted EBITDA rose 45.7% to £25.5m

Weather forecasters predict snow to fall across the UK in time for Christmas and fear the Beast from the East could return. Cold weather has been brewing over Russia and may have strengthened in recent weeks increasing the chance of sub zero temperatures over Christmas, says meteorologist Jim Dale, from ...

Matthew Bibb (left) and Jake Johnson (right) have been jailed (Picture: Met Police) Two men who saw a homeless woman in the street in cold and wet weather tricked her into coming back to their hotel so they could sexually assault her. Matthew Bibb, 32, and Jake Johnson, 26, ...

Code Computerlove has appointed Gemma Handley as its new Managing Director. Gemma joined Code in 2018 and the promotion sees her moving from Commercial Director to Managing Director at the start of 2023. Gemma will replace current MD Rob Jones who is taking up a new position outside the ...

Tiger Inn An award-winning pub has been embroiled in a row with locals over a new illuminated sign. Those living close to the Tiger Inn in Stowting, Kent, have complained the lit-up sign is pushing back their bedtimes and interrupting their stargazing. The gastropub – which won Kent in ...


View more: Row erupts over village pub's 'unacceptable' sign that is 'blot on the landscape'