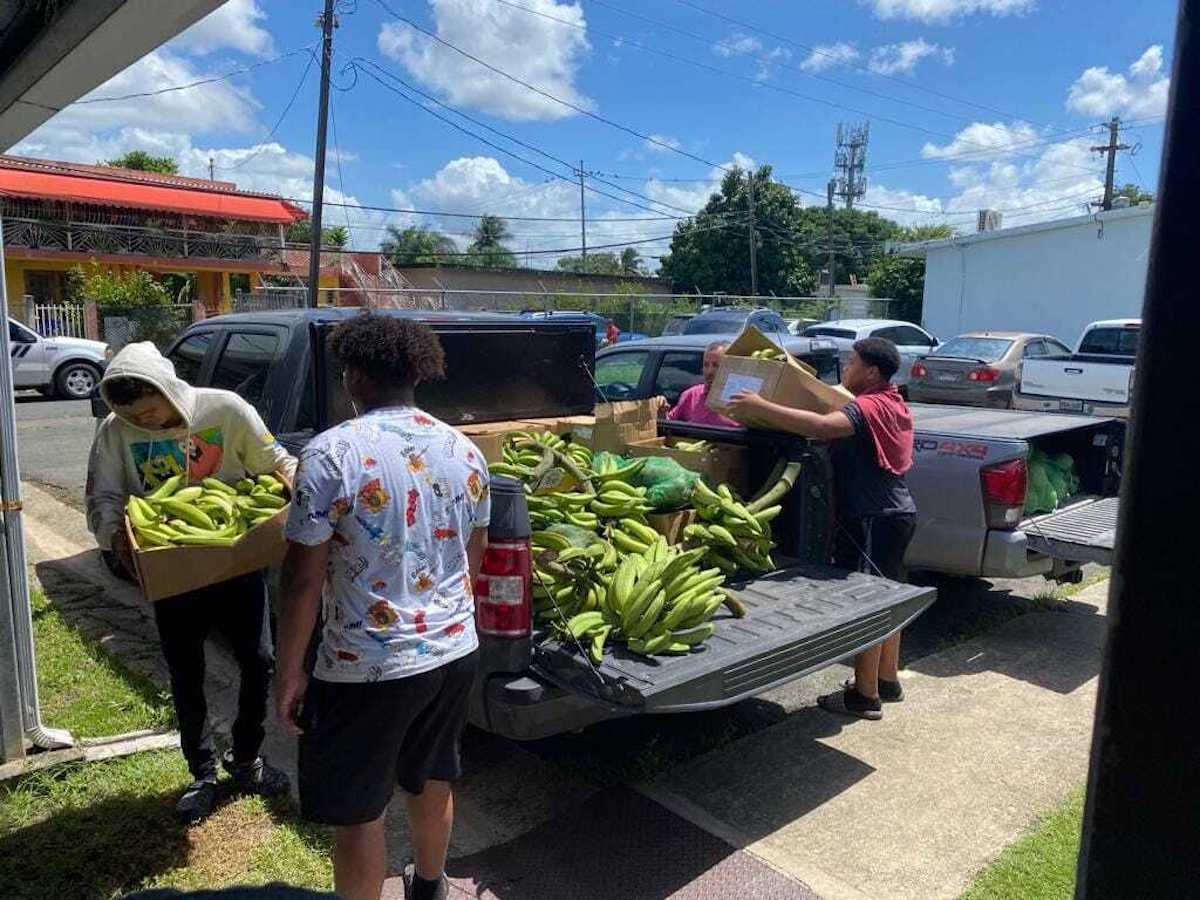 A category 4 hurricane just struck Florida and its residents will soon need help rebuilding their communities. But we shouldn’t forget that Hurricane Fiona, a category 1 storm, also recently swept through Puerto Rico on Sunday, Sept. 18, leaving much of the island without electricity, running water, or fuel. Almost two weeks later, thousands of Puerto Rican residents still don’t have access to electrical power, and other essentials.

Now some Puerto Ricans who live and work in Oakland are raising money for relief efforts.

Sazon Libre, a Bay Area-based DJ collective, is hosting a dance party at Zanzi Oakland on Saturday, Oct. 8 which will feature Caribbean music such as reggaeton, salsa, and dembow.

Carlo Solis, a member of Sazon Libre whose family is from the island, said 100% of the entrance fee and a portion of the revenue made off drinks at the Puerto Rico fundraiser will be donated to two Puerto Rican non-profit organizations. They include Proyecto Matria which helps women and LGBTQ persons living in the island’s rural communities, as well as Techos Pa’ Mi Gente, a non-profit that specializes in roof construction and housing rehabilitation in areas battered by the storm.

“There are people that are part of the African and Latino diaspora, which all of us in Sazon Libre are members of, and the music that we play is part of that, so I think there’s a responsibility to give back to the communities that have given us a way to succeed in our business,“ Solis said.

Ortiz said he’s been constantly checking in with his family members back home, including his sister who owns a house in Toa Baja. “My sister lost everything in Hurricane Maria and now she’s going through this all over again“, Ortiz said. Hurricane Maria, a category 4 storm, struck Puerto Rico in 2017 and devastated the U.S territory’s roads, bridges, and electrical grid. During that time, Ortiz flew to Puerto Rico to cook meals for residents.

A significant reason why Sazon Libre and La Perla started their own fundraising efforts is out of frustration and distrust over the mismanagement of funds for reconstruction efforts in the wake of Hurricane Maria. Scammers across the U.S., like Emilio Ismael Vazquez, started fake charities to dupe unsuspecting people wanting to help Puerto Ricans. In 2019, a former FEMA official was arrested for taking bribes from the president of a company that secured about $1.8 billion in federal contracts to repair Puerto Rico’s electrical grid.

In addition to fear of fraudsters, Puerto Ricans are also tired of infrastructure projects that have yet to materialize. The Rio De La Plata flood project, which first began in 2017, is an effort to mitigate flooding that occurs in Puerto Rico’s longest river and flows through Toa Baja and other towns. The project has yet to be finished.

“How long is it going to take to finish that project? Because the people that live there are very vulnerable to flooding,” Ortiz said.

Solis, whose family members live in the city of Guaynabo, says that his family is safe but frustrated by the incompetence of local governments and how the United States has governed the island.

“Hurricanes come and things are tough, but for the whole power grid to consistently get shut down and there be a lack of clean water? That is a structural injustice that Puerto Rico has been going through since the United States in 1898,” Solis said, referring to the U.S. invasion of the island, which was then a colonial territory claimed by Spain.

For now, both Ortiz and Solis are focused on doing what they can for their island despite being so far away in the Bay Area.

“It’s a matter of honoring the place, the energy, the people that have given us so much,” Solis said.

A list of other Bay Area organizations raising money and aid for Puerto Rican residents can be found here.

Kevin Frayer | Getty Images News | Getty Images This is CNBC’s live blog covering Asia-Pacific markets. Shares in the Asia-Pacific mostly slid on Tuesday after a negative start to the week with investors watching developments in the unrest over China’s Covid restrictions. Major U.S. indexes lost around 1.5% ...

NBCDFW.com The stark white walls at Daisha Board Gallery in Dallas are accented with bright colors and geometric patterns of the mixed media art of Joey Brock’s “we ARE” exhibit. “Which is a direct reference to the Constitution, the first line ‘We the People,’ Brock said. “We all have ...

A decision by Whole Foods to pause purchases of Maine lobster has sparked outcry from the state’s elected officials and the lobster industry. Whole Foods’ decision, announced earlier this month, was prompted by new sustainability ratings changes to Maine lobster fisheries by two separate third-party seafood monitoring groups: the California-based ...

WASHINGTON — Donald Trump is embroiled in another controversy, and this time some Republicans on Capitol Hill are less willing to defend him. After dining with the notorious white supremacist Nick Fuentes and the rapper Ye, who has come under fire for antisemitic remarks, former President Trump is facing growing ...


View more: Republican criticism of Trump builds after his dinner with a white supremacist

DOHA, Qatar —  In four years with the U.S. national team, Gregg Berhalter has coached 58 games, traveled tens of thousands of miles, auditioned dozens of players and run too many training sessions to count. All that work will now come down to 90 minutes Tuesday when the U.S. faces Iran ...

The city said power supply wasn't the issue, but rather offline transformers couldn't connect to any power source whatsoever.

Pep: If I thought I was essential, I’d come back to Barca

Terrell Owens decks heckler at CVS, and here’s video to prove it

In Battle of Aging Forwards, Portugal Proves to Be a Little Out Ahead

Lane closures begin on I-75 for continued resurfacing project

About 200 people rescued from ice chunk on Minnesota lake

What's New on Netflix in December 2022