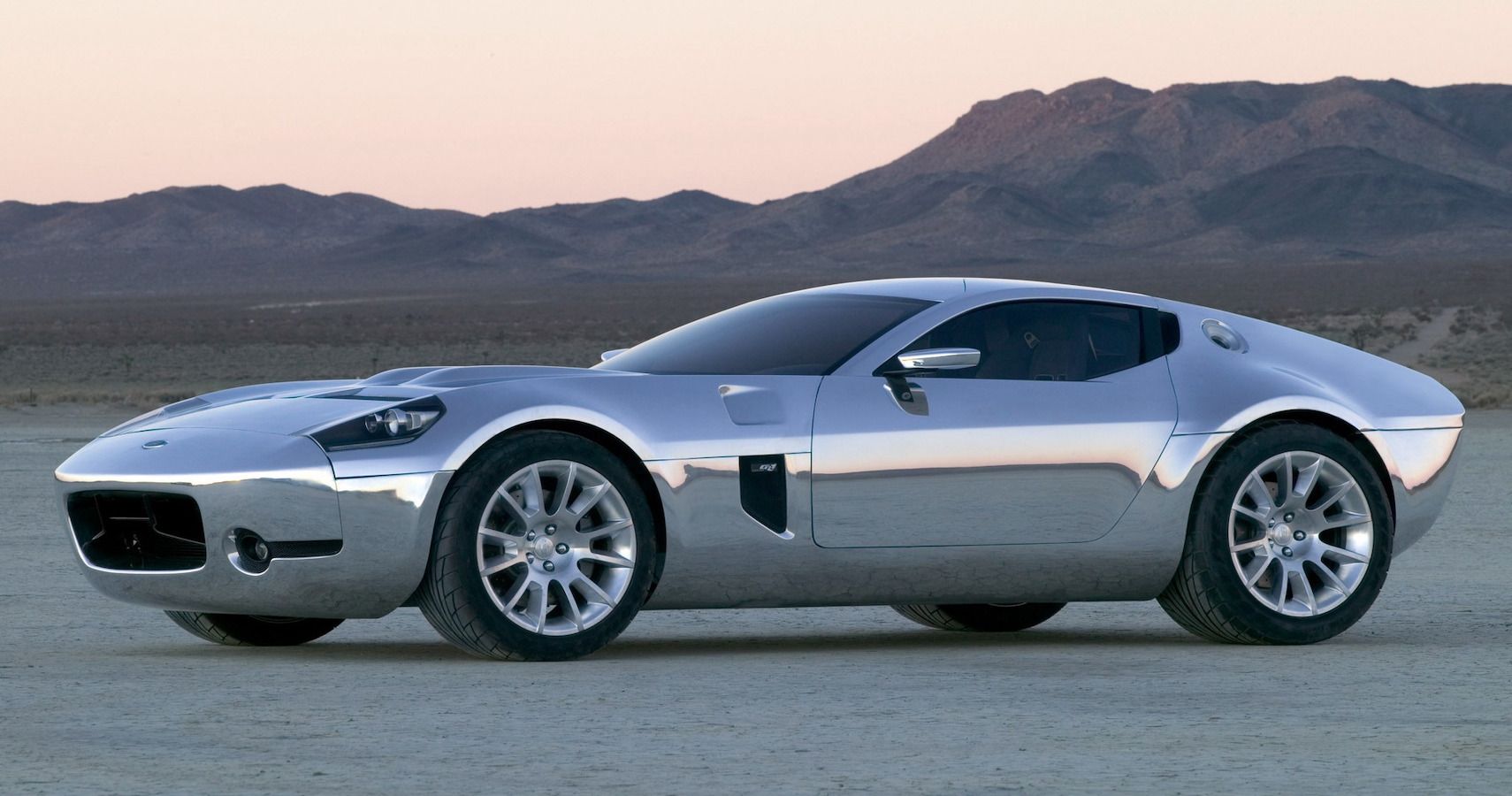 Ford’s name ties itself to many incredible feats of automotive engineering. 1903 would see the birth of the Ford Motor Company, and since then, Ford has turned the automotive world on its head with countless innovations.

The public knows Ford for its workhorse pickup trucks, hot hatchbacks, and the iconic Ford Mustang. We can add high-performance cars into the equation with the Shelby GR-1 Concept.

American car icon Carroll Shelby lends his name to some of the best performance cars that have ever graced the pavement. The Shelby GR-1 is no exception to this rule, with achievements and appearances that are award-worthy. Sadly, the retro-inspired Ford Shelby GR-1 never made it past the motor shows.

The year is 2004. The event is the Concours d’Elegance in sunny Pebble Beach, California. Ford used this event to unveil a clay model of what we now know as the Ford Shelby GR-1. Creation and design of this model was actually achieved using CAD (computer-aided design), which was then cut by a machine into 1,100 lbs of clay. After a week of work, the machinery completed the clay design, which went on to be painstakingly perfected by hand in a three-week time period.

Even these little glimpses into the process tells us that Ford cuts no corners with the careful curation of such an epic concept car. Molds of the clay design became the building blocks to a fiberglass model (without engine and interior), which sold at an RM Sotheby’s auction for $82,500 in 2011.

In 2005, an engine and interior joined the gorgeous exterior of the Shelby GR-1. Ford unveiled a GR-1 at the 2005 North American International Auto Show. The car proved to be a definite standout from the start, catching attention with its chrome body and resemblance to the coveted Shelby Daytona. Much like the Shelby Daytona, this car lives on as a fantasy of what cars can be – despite its obscurity to the public.

What To Know About The Shelby GR-1 Concept

The Ford Shelby GR-1 is mostly made up from familiar parts. A majority of the chassis originates from the Ford Shelby Cobra Concept. The GR-1 sports a 6.4-liter Modular Prototype V10 engine with a six-speed manual transmission. According to Ford, the engine produces an impressive 605 horsepower, and 501 lb ft of torque. With a 0 to 60 mph time of 3.9 seconds and blistering top speed of 190 mph, the Shelby GR-1 is as impressive in performance as the interior and exterior would lead you to believe.

The interior has a minimalist design approach – clean lines, aerodynamic angles, and a lustrous finish. The GR-1 comes through with a very distinct footprint that has gearheads itching to get behind the wheel. The seats of the GR-1 are carbon fiber with racing harness style seat belts, and the center console even displays G force. Interestingly, the car’s radio comes equipped to play MP3s. How’s that for early 2000s nostalgia?

The outside of the 2005 Ford Shelby GR-1 is striking, without a doubt. Ford pulled out all the stops when it comes to this iconic concept car. The polished chrome look of the aluminum body draws you to its otherworldly presence, styled after the Daytona and race cars of the 1960s. The car has butterfly doors, 275/40R tires on the front and 345/35R tires on the back, and fog lights on either side of the rectangular air intake. The back of the Ford Shelby GR-1 has a very slanted rear end with four exhaust pipes.

Will We Ever See The Ford Shelby GR-1 In Production?

If you’re keen to get your hands on your own 2005 Ford Shelby GR-1 you may have a hard time doing so. Only one of these distinctive coupes was ever made. But the brand Superformance wants to change that. Superformance received permission from Ford to begin production of the Shelby GR-1. Superformance hopes to make a low-volume production run with a sticker price of about $250,000. The last update on the production of this sports car was on August 8, 2021, so our fingers are crossed that it becomes a reality. Superformance is anticipating their GR-1 clone to have a 750 horsepower engine with an aluminum or carbon fiber body, and they have their sights set on a two-second 0-60mph time. We think Carroll Shelby would be proud.

The Fastest Mustangs Ranked Is a Shelby-Dominated Stable With Nearly 3,000 HP

Will the Shelby GT350 Lose Fame to the New Dark Horse?

Car Auctions: 5 of the Priciest Muscle Cars Ever to Sell at Auction