The iOS vs Android battle is perhaps the most intensive at the texting end, where Google’s been long trying to coerce Apple into adopting its RCS (Rich Chat Services) standard. But the Cupertino company wants none of it. The battleground is different in India though – iMessage isn’t really a thing here so Google Messages’ biggest rival happens to be WhatsApp. The competition began when Messages shed its SMS-only approach and added features like read receipts and typing indicators with RCS in an attempt to gain an edge.

Features aside, Google Messages is now also the default texting app for most Android phones, meaning it’s easy to get started with it. You also don’t need to convince anyone else to install it, because well, it will likely be pre-installed on their phone. But should you indeed make the switch? Read on to make up your mind.

First, what is RCS and how to turn it on

SMS has been around for over two decades now and is starting to show its age. Sure, it gets the job done with its 160 characters limit. But for longer texts, large images, and animated stickers that everyone likes to send, the protocol falls short. Therefore, to get with the times, Google joined hands with phone manufacturers and carriers to develop a new standard called RCS (Rich Chat Services). This standard allows users to create group chats, view typing indicators and read receipts, and a lot more.

On Google Messages, you can turn on RCS by tapping on the profile icon at the top right > tapping on Messages settings > Chat features > Enable chat features.

What Google Messages gets right 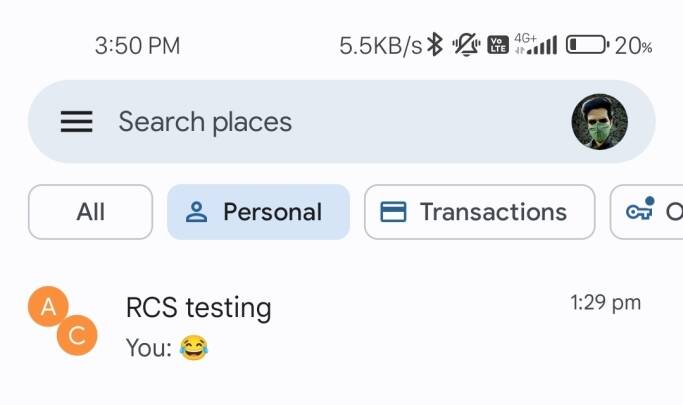 If you scarcely use Google Messages, you’ll be surprised by how far it’s come when you dig a bit deep. Aside from the new icon, the other most notable addition you’ll note when you fire up the app is the new categories at the top. Obviously, since the app still supports SMS, you’d want to separate all the spam from the personal texts. And that’s where the ‘Personal’ category comes in. 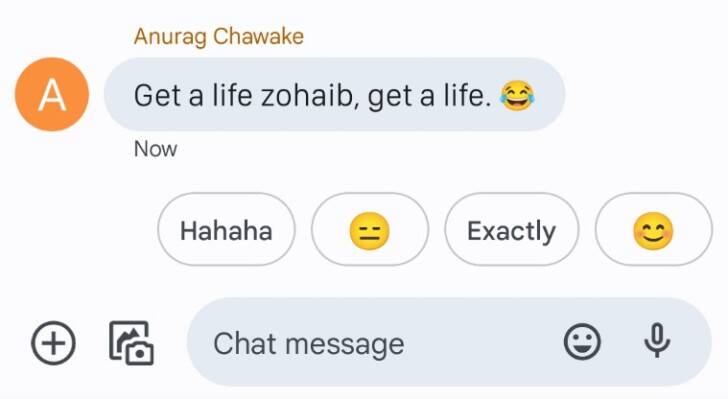 Smart replies are perhaps the single biggest advantage Google Messages offers over other chat apps. Similar to Gmail, Messages can generate several potential responses for a text, saving you some time. These responses are generated by your device and none of your texts is sent to any remote server.

Scheduled texts are another big reason to use Messages. Suppose you wish to be the first to wish someone a birthday or want to remind someone to do something at a particular time. Sure, you could wait to text them when the time arrives. Or you could go the smarter route and use scheduled texts. Just type your text out into the field, hold down on the send icon, set a time for when the text should go through – and let Google Messages handle the rest.

If someone texts you asking you to do something at a particular time, you’d want to set a reminder for it so you don’t forget it. Simply hold down on the text and click on the alarm clock icon that shows up on the top in the action bar. When the time arrives, you will receive a notification about the text.

Google Messages comes pre-installed on just about every Android phone these days, and it usually can’t even be uninstalled. Obviously, this means that whatever you send through will always reach the other party. And just in case they don’t have Messages installed, your text will still be sent regardless – as an SMS. 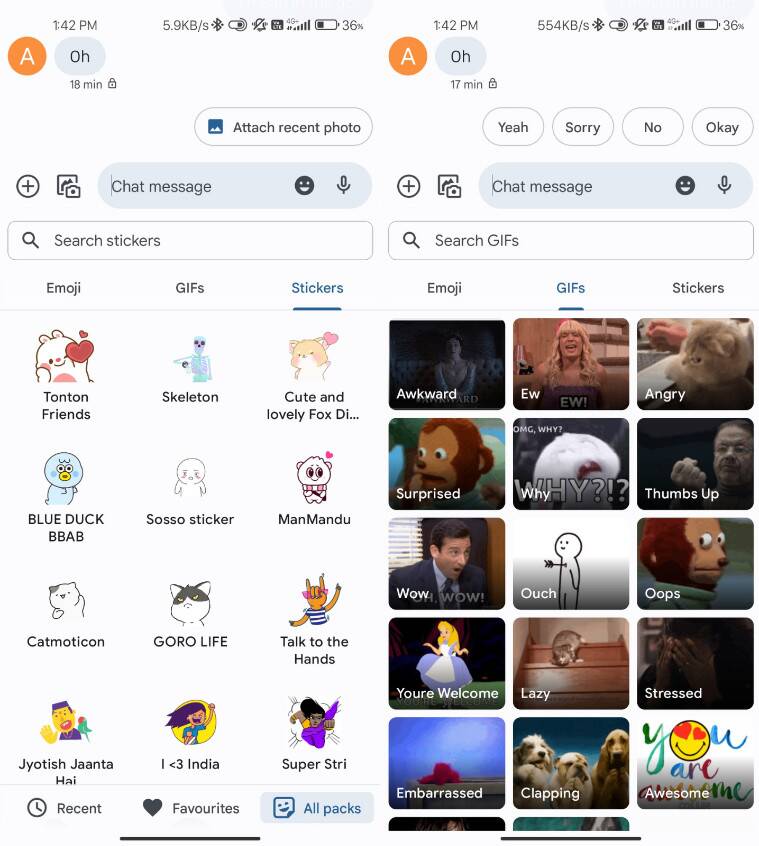 Despite Google’s best efforts, there are still a few relatively basic features missing, stopping the app from becoming a true WhatsApp replacement. You can’t set your own profile picture, can’t send live location, can’t unsend texts, or see online status. But if the absence of these doesn’t bother you, Messages can be the perfect WhatsApp alternative.

6 Tips for Planning Your Day in Google Calendar

The 5 most Googled January health questions – answered by doctors

Google is developing its own version of Galaxy SmartTag

For Some Reason, Google Stadia's Controller Finally Gets Bluetooth

Google Chrome will let you disable extensions with one click

Google employees anxiously grilled CEO Sundar Pichai on Monday after the company announced layoffs. Getty Images Google employees who survived the company’s recent purge of 12,000 of their now-former colleagues grilled executives during a tense all-hands meeting on Monday — anxiously demanding assurances that their jobs aren’t next on ...

DOJ is alleging violations of antitrust law in how Google acquires or maintains its dominance. AP Photo/Marcio Jose Sanchez, File Th Justice Department is poised to sue Alphabet Inc’s Google as soon as Tuesday regarding its dominance over the digital advertising market, Bloomberg News reported on Monday, citing people ...

A lawsuit against the Biden administration found evidence that a White House official actively attempted to get Big Tech companies to censor people. The First Amendment is the bedrock of American liberty. Our citizens have the right, if not civic duty, to engage in open, dynamic discourse, and no ...

Ousted Google employees expressed shock after the company included top performers and company veterans in a massive round of layoffs last week – with impacted workers learning their fate in an early-morning email. Google CEO Sundar Pichai said he took “full responsibility” for the decision to cut about 12,000 jobs, ...

(BELGA MAG/AFP via Getty Images) Google is to fire 12,000 workers around the world – 6% of its workforce – as part of cuts in responde to what it called a new “economic reality”. The mass layoffs follow similar moves at Microsoft, Amazon and Meta, which together have made ...

Apple has filed an appeal against the UK’s competition watchdog regarding its dominance of mobile browsers in the cloud gaming market, reports Reuters. The Competition and Markets Authority started investigating this dominance by the Cupertino firm and Google. Lawyers representing Apple believe the investigation should be reviewed as CMA ...

Five months after launching, Android 13 is running on 5.2% of devices

Android will soon allow screen recording for a specific app

Android Auto redesign is finally rolling out for everyone

Thanks to Wear OS 3, there are now 3x more active Wear OS devices

Google has to pay $9.4 million for fake Pixel 4 ads

Google is going after scammers that prey on small businesses