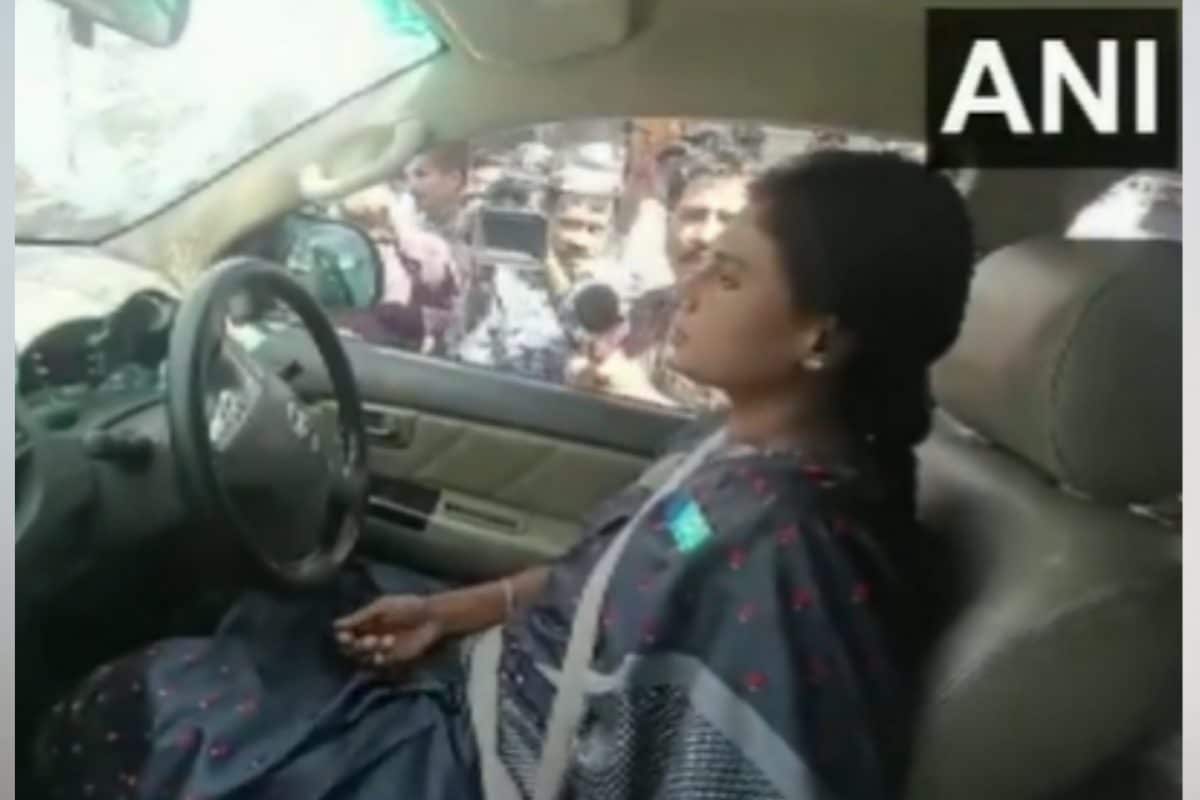 A day after being briefly detained following a clash between her supporters and workers of the ruling Telangana Rashtra Samithi (TRS) in Warangal, YSR Telangana chief YS Sharmila was caught in another dramatic scene with the police towing away her car while she was still in it.

Soon after she started in her car, police brought in a crane that dragged the vehicle through the city’s streets.

#WATCH | Hyderabad: Police drags away the car of YSRTP Chief Sharmila Reddy with the help of a crane, even as she sits inside it for protesting against the Telangana CM KCR pic.twitter.com/ojWVPmUciW

Sharmila’s YSR Telangana Party has launched a padayatra against the K Chandrashekar Rao government and was briefly detained on Monday, following a clash between her supporters and workers of the ruling TRS in Warangal. Sharmila’s padayatra, which has covered about 3,500-km so far, has targeted the KCR-led government, accusing it of corruption.

The video also shows the cracked windshield of the vehicle, damaged in yesterday’s clash.

Following the high drama on Hyderabad streets, YS Sharmila was again detained on Tuesday while she was trying to go to Pragathi Bhavan to gherao CM’s residence.