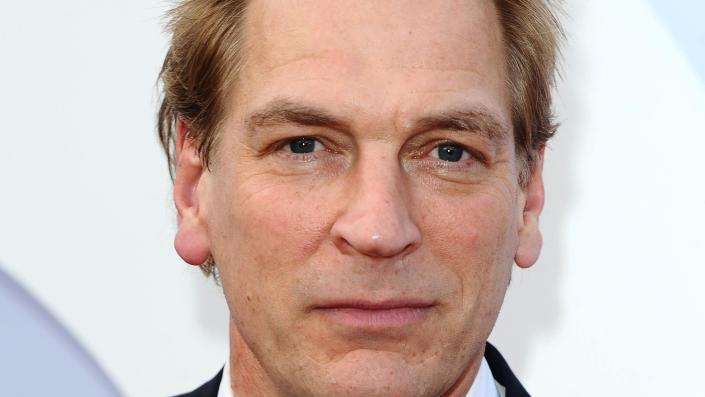 Fresh searches on higher ground for Julian Sands are still not possible due to poor conditions, authorities said as efforts to find the missing British actor approached the end of their second week.

An update shared by San Bernardino County Sheriff’s Department on Tuesday said “numerous” ground and air searches had previously taken place in lower areas, but no evidence of the actor’s location had been found.

Sands was first reported missing on January 13 in the Baldy Bowl area of the San Gabriel mountains in southern California.

It comes as the department announced that a second hiker who had gone missing in the same area was found alive.

But a spokesperson for the department told the PA news agency that although the ground searches for the second hiker had provided an opportunity for secondary sweeps, Sands had still not been located.

They added that further ground searches in areas of higher elevation were still not possible due to the conditions.

“The Sheriff’s Department is closing in on the second full week of the search for missing hiker, Julian Sands,” the online statement read.

“Numerous ground and air search efforts have taken place. As of this time, Mr. Sands has not been found and no evidence of his current location has been discovered.

“The search will continue, weather and ground conditions permitting.”

The statement added: “Regardless of precautions taken by hikers, the San Bernardino County Sheriff’s Department highly recommends hikers avoid hazardous mountainous areas, such as Mt Baldy, at this time.”

It comes after Sands’ family has praised the “heroic” efforts of Californian authorities conducting the search efforts.

In a statement, also shared by the sheriff’s department, his family said they were “deeply touched” by the support they had received in the days since his disappearance.

“Our heartfelt thanks to the compassionate members of the San Bernardino County Sheriff’s Department who are coordinating the search for our beloved Julian, not least the heroic search teams listed below who are braving difficult conditions on the ground and in the air to bring Julian home,” the statement read.

“We are deeply touched by the outpouring of love and support.”

The statement went on to list various organisations involved in the search, which included local and out-of-county forces, as well as specialised canine and cave teams.

On Monday a spokesperson for the sheriff’s department told the PA news agency that conditions were still too dangerous for ground crews to operate, and that searches would be conducted by helicopter only.

They said infrared devices have been used but there was no sign of Sands.

It was previously revealed that pings from Sands’ phone appeared to show he had been on the move heading further into the mountainous area of Baldy Bowl on the day he was reported missing.

Sands was born in Yorkshire and moved to Los Angeles in 2020.

His breakout role came as the free-spirited George in the period drama A Room With A View, in which he starred opposite Helena Bonham Carter.

He later moved to the horror genre, featuring in films such as Warlock and Arachnophobia, as well as dramatic parts on television.

From 1984 to 1987 Sands was married to future Evening Standard and Today editor Sarah Sands, with whom he has a son. He also has two daughters with journalist Evgenia Citkowitz, whom he married in 1990.

New on Prime Video UK in February 2023: Everything to watch from Picard to Die Hart

Prince Harry’s shocking memoir “Spare,” as well as his Netflix series “Harry & Meghan,” detailed his traumatic experiences as being a member of the royal family. James Whatling / MEGA Prince Harry won’t have the final say on “Spare” just yet. In response to his son’s bombshell memoir, King ...

Penguin Random House US CEO Madeline McIntosh to step down

Gunn's new DC slate features Superman, Supergirl and Batman New DC Studios bosses James Gunn and Peter Safran debuted their plans for a revamped and newly unified DC Universe of films and television series, including a new Superman film in 2025, a Wonder Woman prequel and a Batman movie that ...

Will Smith is teaming up again with Martin Lawrence for a fourth Bad Boys film, it has been announced. In a clip shared to Instagram on Tuesday (31 January) afternoon, an excitable Smith told his fans to “stop scrolling” as he had news to be shared. Smith filmed himself driving ...

✕ Close Grammys 2022: Five key moments from the awards ceremony The nominations for the 2023 Grammy Awards have been announced, with a number of artists helping to reveal the nominees. The first round of voting began on 13 October and ended on 23 October this year. A final ...

Keanu Reeves has admitted just how hard he fought for Warner Bros to greenlight a Constantine sequel. In September 2022, the studio confirmed a forthcoming sequel to the actor’s 2005 fantasy horror film – based on DC/Vertigo’s Hellblazer comics – in which he starred as suicide survivor and demon ...

2023 Juno Awards nominations: The Weeknd leads the pack with 6

Titanic: 15 things you might not know about James Cameron's romantic classic

Hulu’s Reboot scrapped after one season

Paul Rudd on first joining the MCU: ‘What the f—k?’

Mr Blobby £62,000 costume sale falls through after buyer backs out

‘It was painful to be a part of that process because she was so traumatised’: Ryan White on filming Pamela Anderson

Shania Twain reveals near-death experience: ‘It was like science fiction’

Marilyn Manson being sued for alleged sexual assault of a minor

Poldark's Aidan Turner: Actors should have 'air of mystery' about their private lives

Aidan Turner: Actors should have 'air of mystery' about their personal lives

Michael Jackson’s nephew Jaafar to play him in biopic

Michael Jackson's nephew to star in King of Pop biopic

Shania Twain recalls ‘very dangerous’ battle with Covid: ‘In the end I had to be air evacuated’

How did Everything Everywhere All At Once make such an Oscars impact?

Celebrity birthdays for the week of Feb. 5-11

Barrett Strong: I Heard It Through The Grapevine writer and Motown's first star dies aged 81

‘Do not be fooled’: Jeremy Clarkson hits out at Brian May over defence of ‘b*****d’ badgers