Mr Philp also said he will get in touch with the Mayor of London, Sadiq KhanA review into the London Fire Brigade revealed sexist and racist horror storiesLondon Fire Commissioner Andy Roe vowed to dismiss any abusive firefighters

He said: ‘I spoke to the LFB commissioner Andy Roe on Friday to set out my strong feelings that this behaviour is totally unacceptable and needs to completely end.

‘He has committed to implementing all 23 of the report’s recommendations, including importantly outsourcing the complaints service so complaints are dealt with externally to the fire brigade.’

Mr Philp said he will also be in touch with the Mayor of London, Sadiq Khan, ‘who of course has oversight responsibility for the London Fire Brigade’. 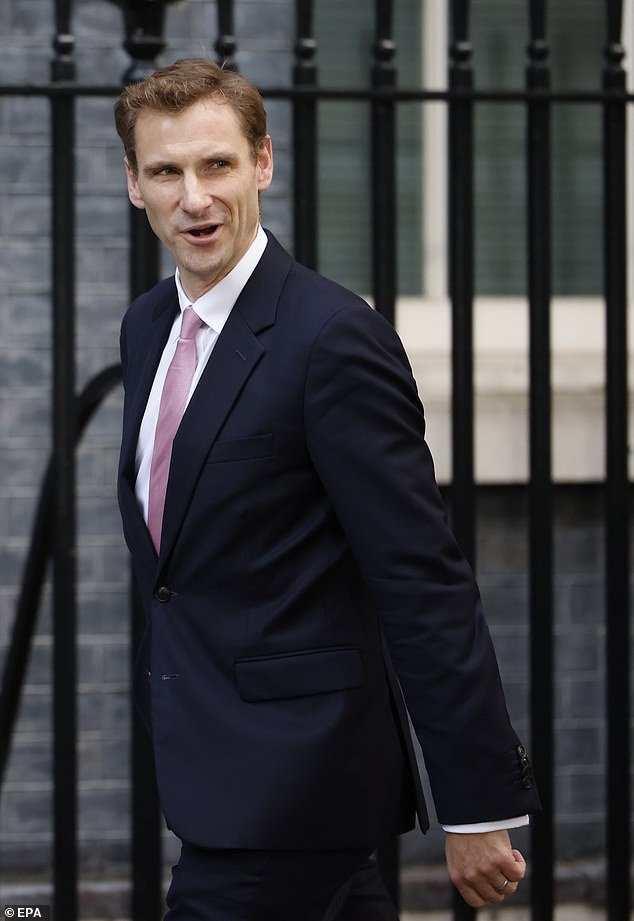 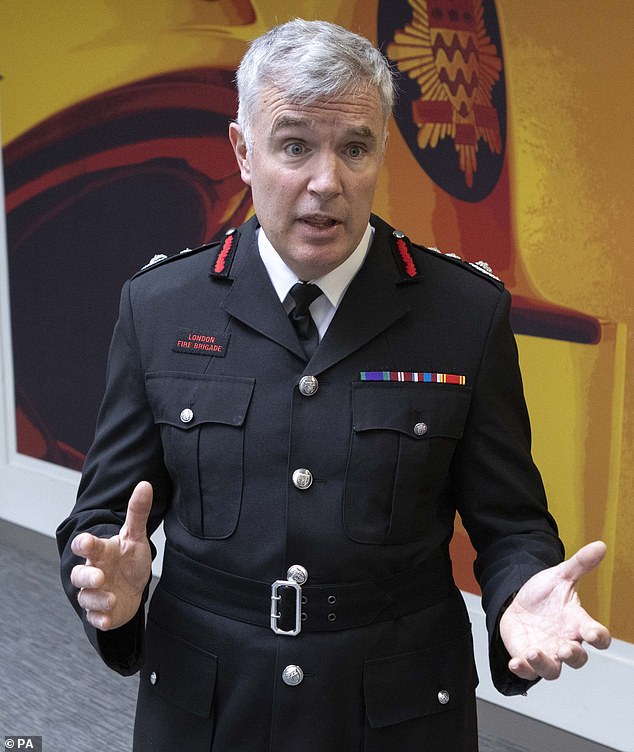 It comes after the 70-page LFB review led by lawyer Nazir Afzal revealed ‘stomach-turning’ stories that claim abuse and bullying are normalised in the emergency service.

In one case, a female fire fighter had her helmet filled with urine, while in another example a Muslim firefighter was bullied because of his faith and had bacon put in his sandwich.

Commissioner Roe recently said the findings were ‘horrifying’ and that ‘public confidence and trust’ had been ‘betrayed’.

He said at a press conference: ‘Where we find people have behaved appallingly, we will dismiss them’, promising a zero-tolerance crackdown.

Nazir Afzal – a former chief crown prosecutor for the North West – led the damning report into the toxic culture inside the London Fire Brigade.

He said employees at the NHS, the BBC and police have also raised ‘serious concerns’ about the way they are treated.

An independent culture review of London Fire Brigade (LFB) found ‘dangerous levels of ingrained prejudice against women’, while colleagues from minority backgrounds are ‘frequently the target of racist abuse’.

Now Mr Afzal has called for a ‘national inquiry’ into other public bodies, saying he has been approached in the past 24 hours by several people who work for them.

Speaking at a briefing at the LFB headquarters in central London on Saturday, he said: ‘There are members of five different police forces who have approached me and said similar concerns about their own forces, I won’t name them.

‘They are pivotal to the British society, these organisations, and yet there are people within them that are seriously concerned about the way they’re being treated within their organisations. 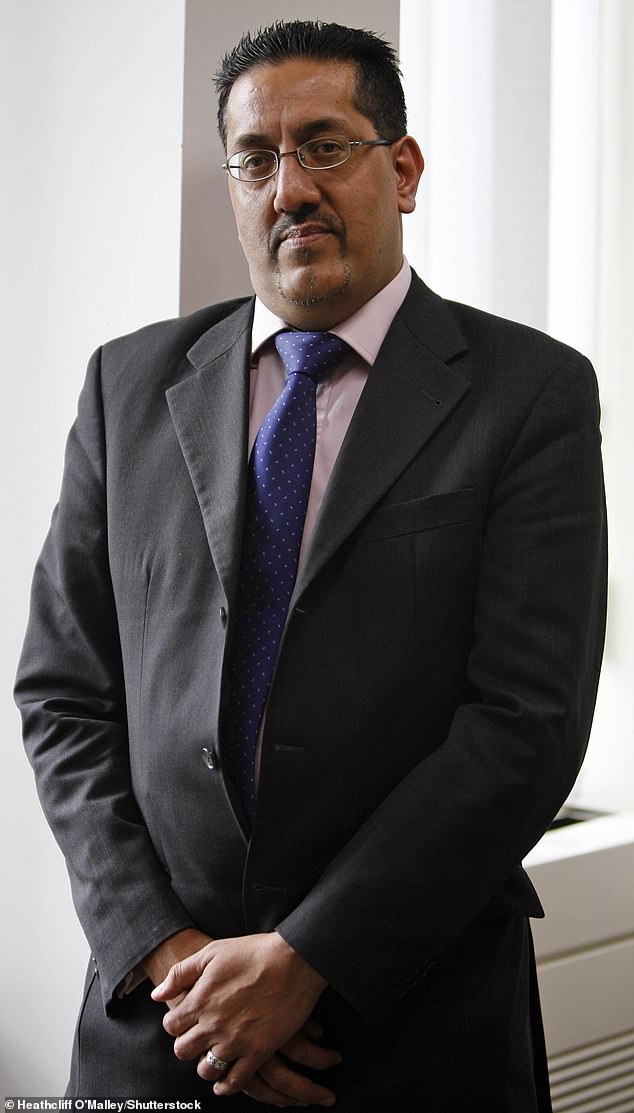 Former CPS director Nazir Afzal, who led the review, said a national inquiry should focus on misogyny and racism across all sectors

‘I don’t know what to do. The BBC won’t ask me, the NHS won’t ask me. Somebody needs to ask the people who work in these organisations and policing.

‘I can assure you there are 43 police forces with problems and with serious concerns and yet you currently know only about two.

‘There needs to be a national inquiry, particularly in relation to misogyny, because this is a subject that hasn’t had the attention that it deserves,’ he said.

Mr Afzal said a national inquiry should focus on misogyny and racism across all sectors.

Ministers have now called on the Government to send a ‘strong message’ that discrimination in the fire service is unacceptable in order to protect young people embarking on careers as firefighters.

The Opposition frontbench meanwhile called for a review into the culture of other fire services.

The review found ‘dangerous levels of ingrained prejudice against women’, while colleagues from minority backgrounds were ‘frequently the target of racist abuse’.

It was established in response to the death of firefighter Jaden Francois-Esprit, who took his own life in August 2020, and who had worked in Ms Butler’s Brent Central constituency.

Ms Butler claimed that London Fire Brigade commissioner Andy Roe was willing to work to change the organisation’s culture, but told the Commons: ‘I need to know what this government is going to send as their strong message, because we cannot bring back Jaden whose life was lost.

‘But the Government can make sure that other young people starting out on their career in the London Fire Brigade are not met with the same experience, but with consideration, acceptance and a service that is alert and awake to bullying and discrimination.’

She also urged Tory backbenchers not to dismiss the review of LFB’s culture for being ‘too woke or promoting wokery’. 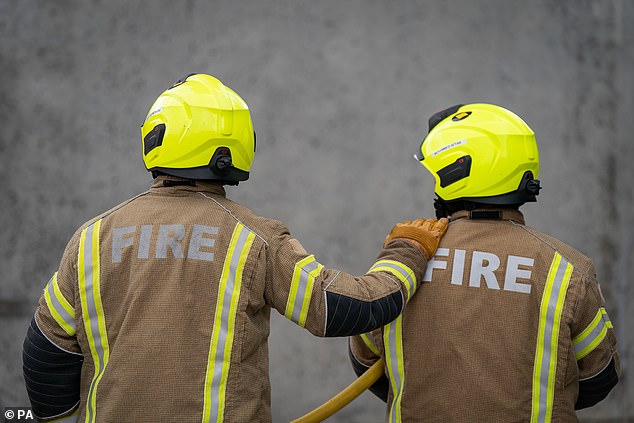 Mr Philp added: ‘There is not any complacency’, adding the Government had recently published a white paper ‘setting out a range of measures to tackle cultural issues such as those that we have heard.

‘She [Ms Butler] asked about issues outside of the London Fire Brigade and I agree that those do need attention, and I will be discussing with Her Majesty’s Inspectorate of Constabulary Fire and Rescue Services what work they can do, to look at behavioural and cultural issues such as these across the whole country.’

Elsewhere in the debate, the Government faced calls to establish a national review into the culture of other fire services.

Shadow Home Office minister Sarah Jones said: ‘We have repeatedly said that on police failures we have had enough of the Home Office sitting back and leaving it to individual forces. Will the minister immediately commission a fundamental review of national standards and culture in our fire service?

‘Will he agree now to publish national statistics on misconduct? And will he today commit to national professional standards?’ 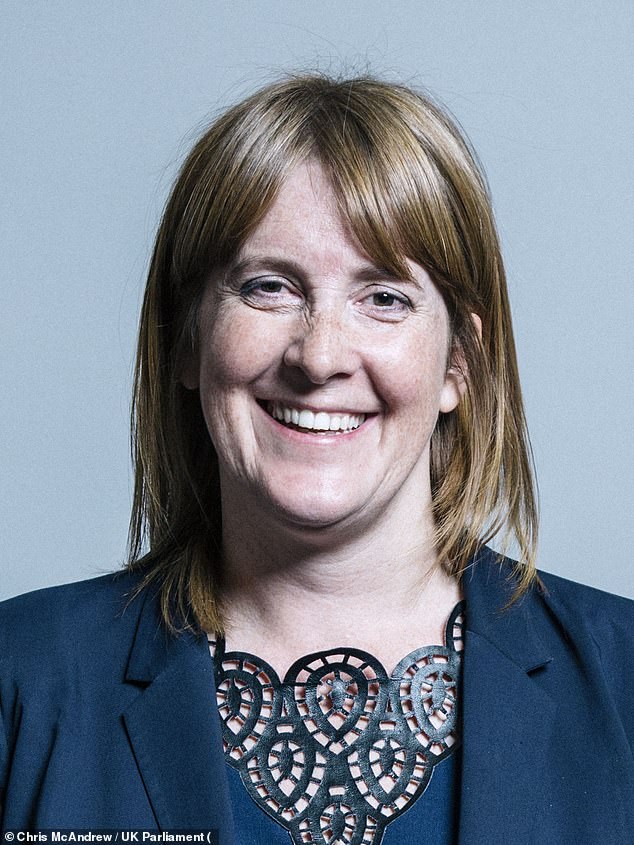 She added: ‘There were 11,000 fires across London alone last year, our brave firefighters run into danger every day. We must expect the best from all of them and stamp out this culture of misogyny and racism. The Government must end their complacency and act.’

But Labour former minister Ben Bradshaw continued calls for a national review, telling the Commons: ‘This feels depressingly familiar to the many times that ministers came to this House to reassure us about the culture of the Metropolitan Police.’

The Exeter MP added: ‘Would it not save him and us a great deal of time if he were to agree to the recommendation in the report of a national review, supported by the Labour party, rather than having to come back time and time again to repeat these excuses, to say there is no complacency, when actually this toxic culture is not being dealt with at local level?’ 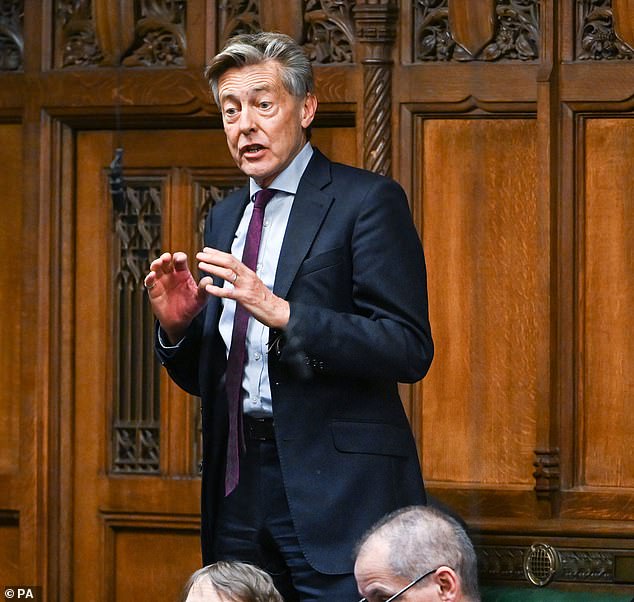 Labour former minister Ben Bradshaw also calls for a national review and said: ‘This feels depressingly familiar to the many times that ministers came to this House to reassure us about the culture of the Metropolitan Police’