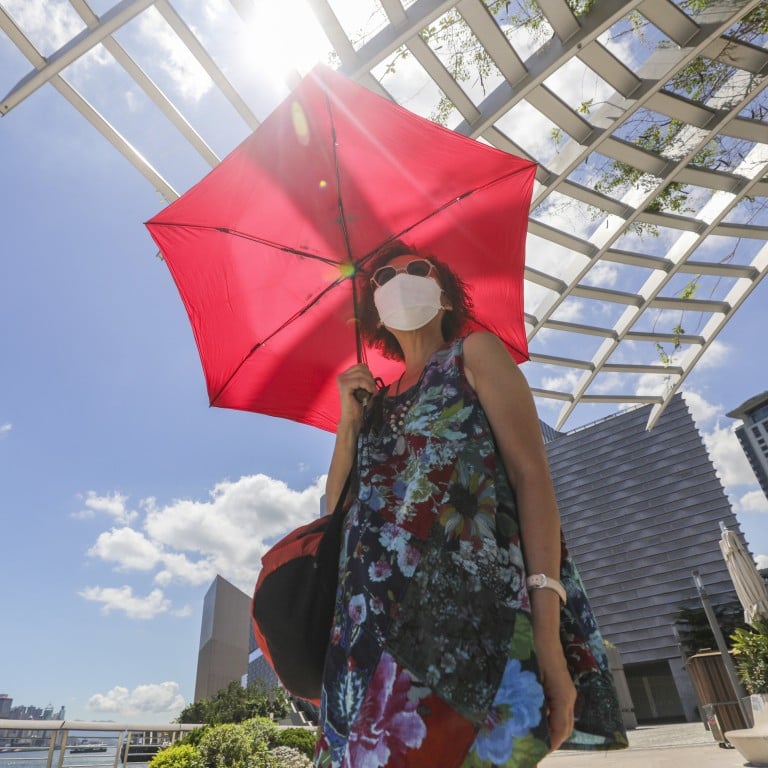 So here we are. The heating is on. No longer are we predicting that global warming may occur, with experts cautiously saying this or that weather event just might be attributable to climate change.

This summer, northern hemisphere heatwaves left a slew of records – several by margins that were startling even for seasoned climate scientists. Hong Kong was also hot, with last month the hottest since records began in 1884.

While it takes time for the full impact of heat and droughts to become known, the two flash floods that hit Kentucky, US, last month and killed at least 37 people, served to emphasise the consequences and perils of climate change.

This might really be the time to act, including by making good on promises made in high-profile meetings such as the much-hyped 2015 Paris Agreement.

Sadly, the Climate Action Tracker map shows little progress towards the globally agreed aim of holding warming well below 2 degrees Celsius. The black and red colours for countries with “critically insufficient” and “highly insufficient” climate action predominate; nowhere is green for the action compatible with the Paris accord.

The tracker gives a highly insufficient rating to the climate efforts by China, including Hong Kong. But are Hong Kong’s measures enough to tackle climate change?

For answers, you might check Hong Kong’s Climate Action Plan 2050, published last October. This booklet starts well, with a brief chapter summarising the issue and Hong Kong’s strategies and actions.

The action plan emphasises carbon neutrality, which means balancing emissions of carbon dioxide and other greenhouse gases with carbon offsets, so there are zero carbon emissions overall.

While this seems a splendid idea, the action plan admits to great challenges. For some indication, consider what you do on a typical today.

Did you shower? Carbon emissions were involved in providing water and any heating. Did you then get dressed, and ate breakfast with tea or coffee? More carbon emissions. Likewise, if you took transport and a lift to an air-conditioned office. Even reading this article involves carbon emissions.

Which is not to say that you are the cause of climate change. Big businesses may have tried to put the spotlight on individual responsibility in environmental issues, but the heavy lifting is for governments and businesses. And in Hong Kong, like much of the world, that heavy lifting has barely begun.

The action plan includes measures already taken in Hong Kong, but too often these are inadequate, even downright questionable.

Government buildings have reduced energy use, yet shops and malls still spill chilled air into the streets. “Green transport” is mentioned, in a place where it takes a brave soul to cycle in the city. Urban forests seem worthy, never mind the near-lifeless lawns at Tamar.

Then, there’s the Shek Kwu Chau incinerator, with a fancy title of integrated waste management facility. This is somehow classed as helping to achieve zero carbon emissions, when it involves transporting waste to an outlying island and setting fire to it.

Meanwhile, the solitary wind turbine on Lamma has been turning since 2006, like a monument to Hong Kong’s inaction on renewable energy.

Ideally, responding to climate change also involves strengthening defences against extreme weather events such as floods, typhoons and storm surges, as well as sea level rise. All are mentioned in the action plan, but while Hong Kong has impressive drainage facilities to limit the impact of severe rainfall, there is nothing comparable protecting its coastlines.

Typhoons have caused massive damage and loss of life in Hong Kong. A 1937 storm killed around 11,000 people, many in homes pulverised by a storm surge that inundated Tai Po and Sha Tin.

Even after Mangkhut, the action plan’s main measure to counter storm surges and sea level rise involves planning a study on shoreline management, and the government continues planning for the huge Lantau Tomorrow Vision reclamation.

This reclamation appears risky as the sea rises and stronger typhoons are possible, and I’ve written before that Lantau Tomorrow could be a folly, prompting the Civil Engineering and Development Department to respond that the design standards and technology will, “take into consideration the probable severe weather conditions including storm surges”. But, as we move into uncharted territory, what is probable?

This makes the case for exploring worst-case scenarios as climate change accelerates – not so we throw up our hands in despair but to compel action, just as the idea of a “nuclear winter” galvanised disarmament efforts.

With climate change clearly a present-day danger, Hong Kong’s 2050 action plan seems remarkably relaxed, as if we have ample time for studies and discussions.

Perhaps we’ll be lucky, and the approach will prove justified. But it’s also worth bearing in mind the conclusion of the “endgame” paper: “Facing a future of accelerating climate change while blind to worst-case scenarios is naive risk management at best and fatally foolish at worst.”

Martin Williams is a Hong Kong-based writer specialising in conservation and the environment, with a PhD in physical chemistry from Cambridge University

How a 1C temperature shift is changing UK climate: significance, effects - and the impact if warming continues

COVID-19 has made us more sustainable

Hong Kong police arrest boy, 14, on suspicion of drug trafficking after 15 grams of cocaine allegedly found on him

US communities are mapping heat islands to boost climate resilience

Backstage at the National Theatre, the actor and comedian Francesca Martinez was on the eve of achieving her biggest dream. Her playwriting debut, All of Us, was about to open with her in the lead role. “I can’t wait to see my words, from my own imagination, become real,” she ...


View more: Powerful new play about disabled people aims to be 'a battle of values'

Climate change will negatively impact food supply chains and increase gaps in wealth inequality in Australia, according to new research.The University of Sydney study found cyclones, floods, bushfires and heatwaves are having direct impacts on the supply of food, which impacts prices, and indirect impacts on other sectors due to ...

Fuel poverty will blight around 45million people this winter as families struggle to pay energy bills, research claims. Two-thirds of households will be plunged into a financial abyss by January as the rocketing cost of living devastates budgets. Worringly, 86.4% of pensioner couples will be affected. But single parent households, ...


View more: New research could shed light on of how carbon dioxide release from Southern Ocean might affect climate change

Credit: Pixabay/CC0 Public Domain This summer’s fires, floods and heat waves have reinforced what we already know—the effects of climate change are happening now and the need for action is urgent. But what steps should be taken to mitigate and adapt are often not well understood. This is where ...

As soon as Typhoon Mulan departed, Hong Kong returned to the deadening heat that was commonplace for most of July. It is hardly an anomaly as, nowadays, extreme weather events are driving narratives about climate change across the world. That is why the US Inflation Reduction Act is significant. ...


View more: US Inflation Reduction Act is a flawed but vital step in the climate change fight

Aerial photo of Túcume in Peru, America’s largest pyramid center. Credit: Daniel Sandweiss El Nino has been a major driver of societal collapse, various catastrophes and cultural change in coastal Peru for millennia, but it isn’t the only culprit. In a new study, University of Maine researchers warn against ...

Climate-friendly metal production: Why is it difficult?

US Bolsters Climate Resilience Thanks to Heat Island Mapping Across Cities

3 more Hongkongers being held captive in Southeast Asia, official says, with Security Bureau not ruling out local links to cases

China and U.S. are sparring over climate on Twitter. Can these big emitters cooperate?

Is the electrical grid prepared for climate change?

Proximity to fracking sites associated with risk of childhood cancer

Off limits: Why are we drawn to forbidden sites and disappearing destinations?

The Trials at the Donmar Warehouse review: Intriguing climate change drama with activism at its roots

Should you raise in today’s tricky climate?

Bill Gates and the secret push to save Biden's climate bill

Healthcare to climate change: All you need to know about Joe Biden's big $740 billion bill

Royal Caribbean plans to set sail from Hong Kong again, after tough coronavirus measures kept ships grounded for most of 2022

Hong Kong leader John Lee makes a splash on China’s Weibo – but where are the critics and is it all just one big echo chamber?