Emergency services called to Lilestone Street, Westminster, at around 3.23pmA man, believed to be in his 20s, was pronounced dead at the scene shortly afterSecond male, also with stab injuries, has been rushed to a major trauma centreDetectives have launched a murder probe with large cordon currently in place

A person has been stabbed to death and a second has been rushed to hospital in a serious condition following a broad daylight attack in Marylebone.

Police and paramedics were called to Lilestone Street, Westminster, at around 3.23pm following reports of the stabbing.

A man, believed to be in his 20s, was pronounced dead at the scene.

A second male, who also suffered stab injuries, has been rushed to a major trauma centre. 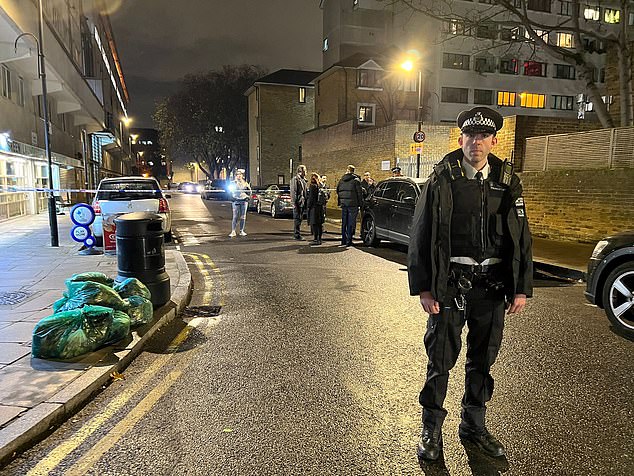 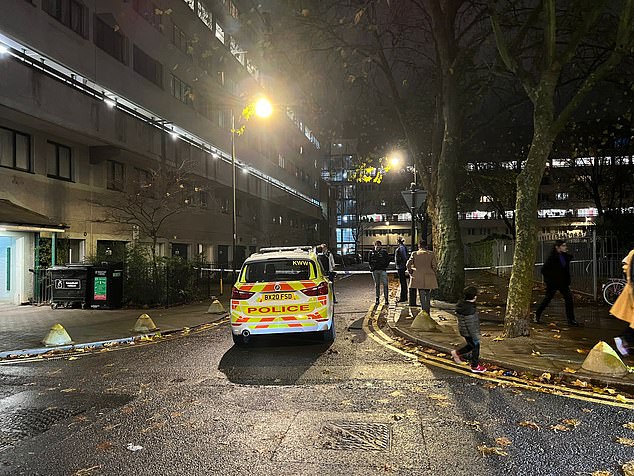 A man, believed to be in his 20s, was pronounced dead at the scene of the double stabbing this afternoon

Detectives have this evening launched a murder investigation, with a large cordon erected around the scene of the incident. No arrested have yet been made.

Detective Chief Superintendent Owain Richards, the local policing commander for Westminster, said: ‘This is a tragic incident and I am deeply saddened that another young life has been lost to knife crime on the streets of London.

‘I know the community will join me in sending our thoughts to the victim’s family at this awful time.

‘I appreciate people will want answers about what happened, but I would like to ask that our dedicated team of detectives are given the time and space they need to conduct their enquiries.

‘A large number of officers will remain in the area and I’d encourage anyone with immediate concerns to speak to them.’

A statement from the Met added: ‘A murder investigation is under way following a stabbing in Westminster.

‘Police were called to 3.23pm on Monday, November 28, to reports of a stabbing in Lilestone Street, NW8.

‘Officers attended along with the London Ambulance Service and London’s Air Ambulance. Two males were found with stab injuries.

‘One male, believed to be aged in his 20s, was pronounced dead at the scene; enquiries are ongoing to identify and inform next of kin.

‘The second male – no further details – has been taken to hospital for treatment; condition awaits. Enquiries are ongoing and a crime scene remains in place.’ 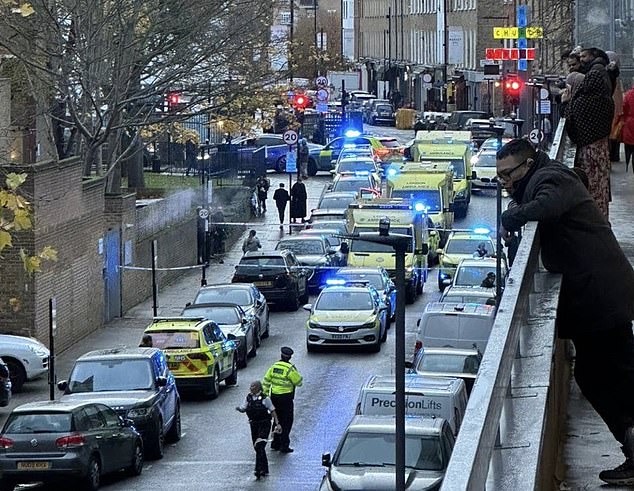 A spokesperson for the London Ambulance Service also said: ‘We were called at 3.23pm today to reports of a stabbing on Lilestone Street, City of Westminster.

‘We treated two patients at the scene and took one person to a major trauma centre. Sadly, despite the best efforts of our crews, a person died at the scene.’

A statement from the Met also said: ‘

At this early stage any witnesses are asked to call 101 quoting CAD 4334/28Nov. To remain anonymous contact the independent charity Crimestoppers on 0800 555 111.