Houston boil water notice: Put your address in and see if you're affected

Houston Public Works has a new map to check for locations affected by the boil water notice. 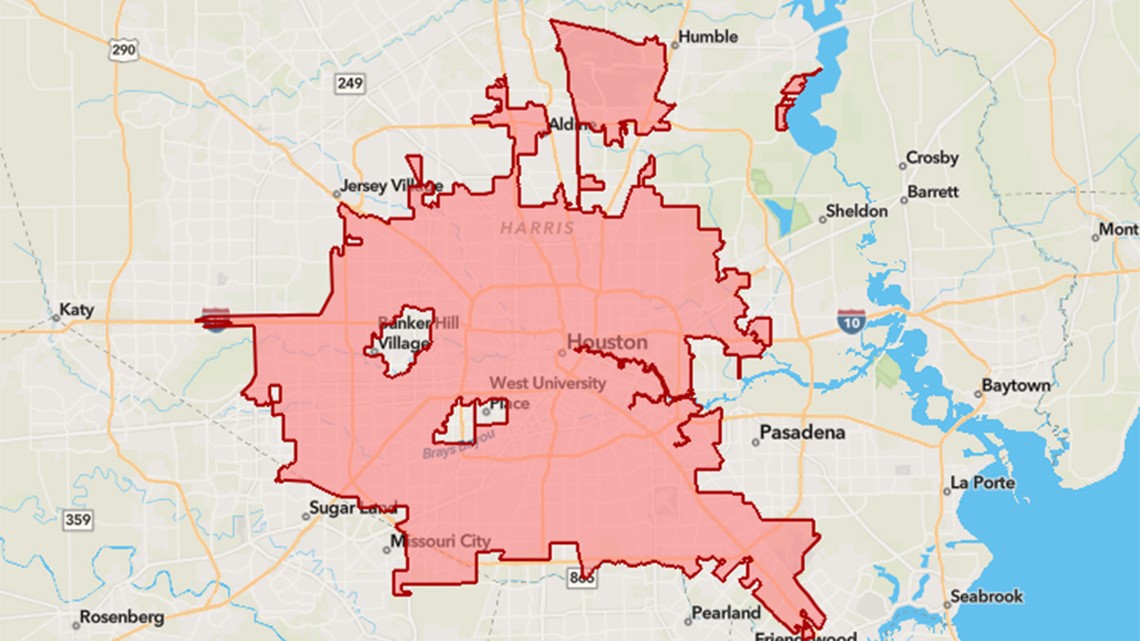 Credit: Houston Public Works This is a map of the City of Houston boil water area.

The City of Houston also put out a list of wholesale customers of its water. These customers get water wholesale from the city’s main system. The city said people in the following locations need to get local guidance on whether they need to adhere to the notice.