The theft of a blinged-out gold chain sparked two days of gang mayhem and a shooting war that left three people wounded.

Four members of the Folk Nation street gang face decades in prison as a result, after a jury found them guilty of avenging the theft with a string of drive-by shootings.

Prosecutors laid out the near-fatal sequence of events during a five-week trial in Brooklyn Federal Court. On Nov. 6, 2020, one of the gang’s leaders, Jean “Bigga Twirl” Fremont, was wearing a chain with a thick gold pendant, ringed in diamonds, with SPMB stamped in large letters in the middle.

The acronym stand for “Stay Paid Money Burners,” the name of a crew associated with the Folk Nation Gangster Disciples. Fremont could be seen on a music video, sporting the chunky bling.

Another leader, a rap artist named SPMB Bills described by prosecutors as the public face of the gang, wore a smaller version of the pendant in the video. Bills’ real name is Javanni Moise.

The next day, Fremont’s gang pride was replaced by the sting of humiliation — the chain and pendant had been swiped. 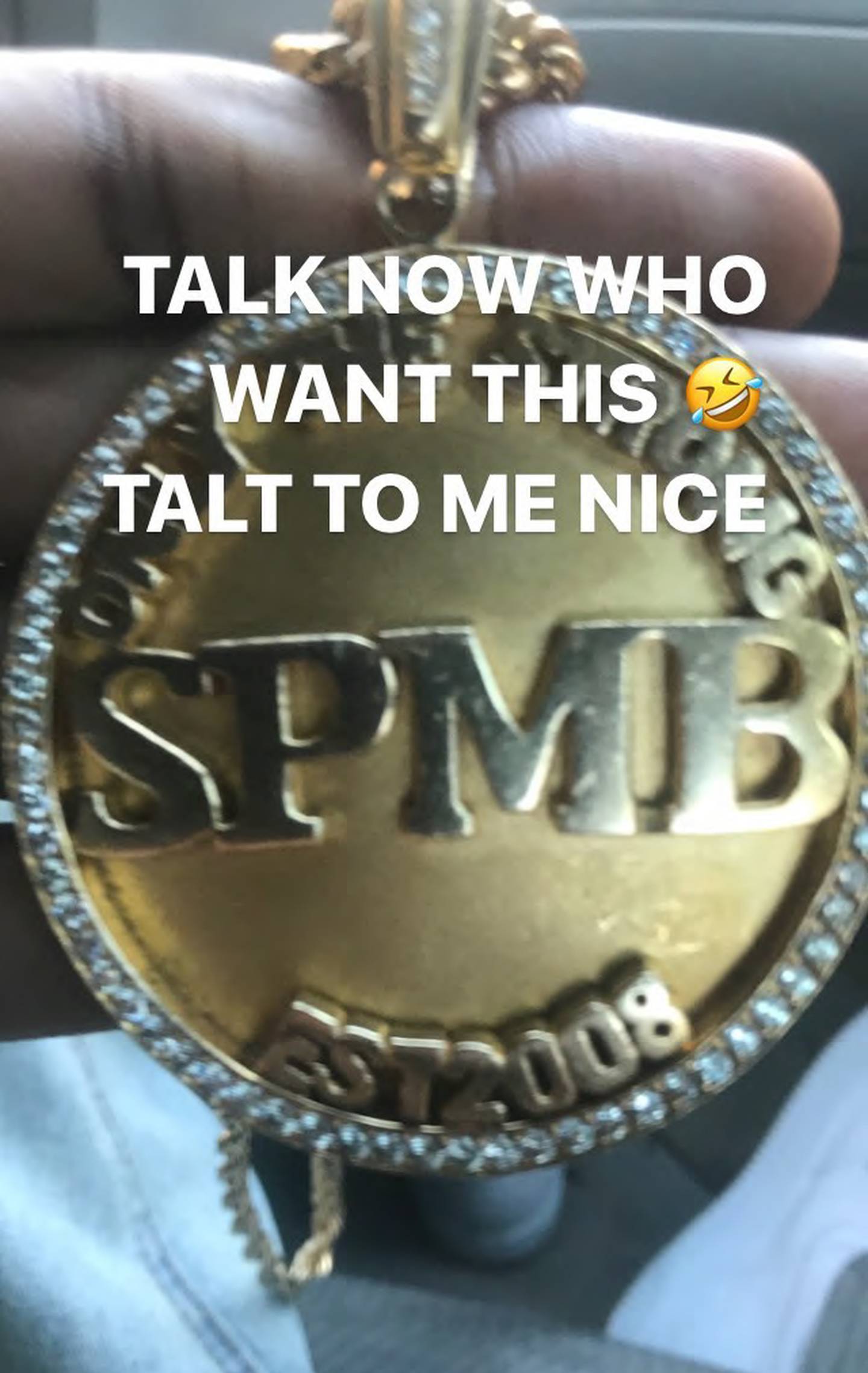 A blinged-out gold chain and pendant sparked two days of gun violence in Brooklyn, and now, four Folk Nation gang members have been found guilty at trial of waging a shooting war over the garish jewelry.

Photos of the pendant started popping up on Instagram, along with messages mocking the gang and Bills, who uses a wheelchair.

“They should have taken the wheelchair too,” read one post.

Another, posted on an account belonging to a Crips member from Canarsie, showed a close-up of the pendant, and the words, “Talk now who want this. Talt to me nice.”

“If someone threatens Bills or tries to do anything to him, the gang must retaliate, retaliate with violence, retaliate with shootings,” Assistant U.S. Attorney Dana Rehnquist said in her closing argument at the trial last week.

So Fremont, 31, and his fellow gang members, got ready for revenge. 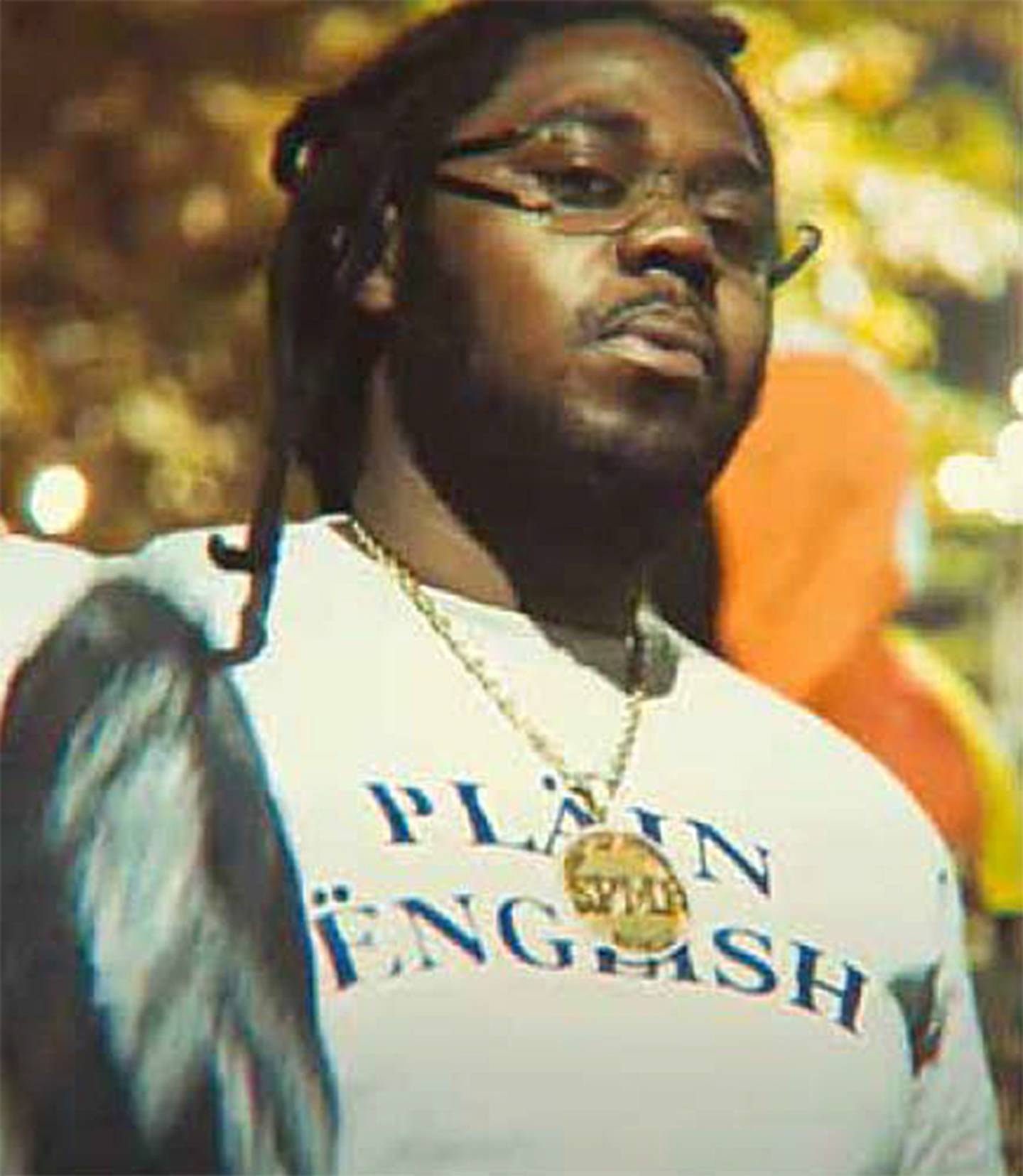 One member of Fremont’s gang, Deryck “Benzo” Thompson, even warned as much in a text thread to a rival gang: “The way it happen, y’all won’t even believe it. But I’m outside for the day, y’all. Y’all do y’all thing today.”

At about noon on Nov. 7, 2020, Fremont and two others, Lorenzo “Renzo” Bailey, 33 and Quincy “Hush Dinero” Battice, 33, huddled together on E. 23rd St. in Flatbush, staring at a phone and trying to figure out who was behind the Instagram messages.

Forty-five minutes later, they were ready for action. Thompson and another man, Oluwagbenga “Gee Banga” Agoro, 22, joined up with the trio, and they hopped into three cars, ready to go hunting.

The convoy went looking for targets, and headed to E. 81st St. in Canarsie, where, at 1:45 p.m. they fired at least eight shots from a Jeep into a crowd. Luckily, no one was hit.

The group then went back to their Flatbush territory, bought water and purple latex gloves from a deli, then headed out again.

They found another group to shoot at on Avenue L and E. 95th St., firing 19 times from the Jeep at about 3 p.m. This time, their bullets hit flesh.

One man was shot in the foot, another in the leg — a wound that caused such profuse bleeding that a police officer had to use a tourniquet. 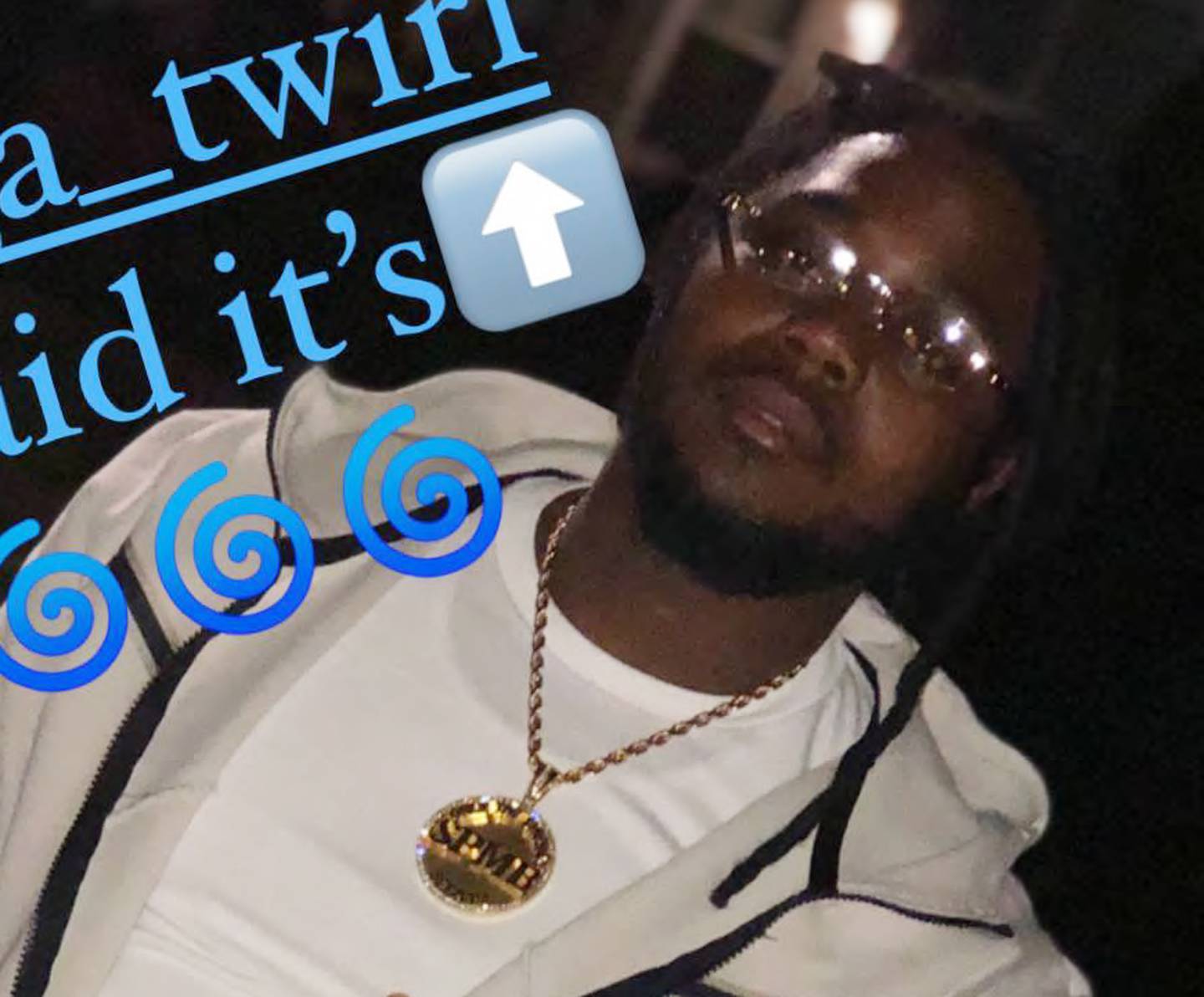 Agoro, Destine and Thompson brought Ricardo “Riko Flokks” Hepburn along to open fire on a crowd at Argyle Road in Prospect Park South. No one was hit.

Later that day, Agoro, Thompson and Hepburn teamed up with Fremont and yet another gang member, McKoy “Mak” Lima, to shoot at another group of people, on Newport St. in Brownsville. One of the bullets grazed an 18-year-old woman in the back.

The feds busted 11 Folk Nation gang members in August 2021, charging them in a sweeping racketeering indictment.

Fremont, Agoro, Bailey and Battiste went to trial — and lost on Nov. 18, when a jury found them guilty of conspiracy to murder rival gang members, attempted murder in aid of racketeering, and other charges.

“In senseless retaliation for the theft of a gold chain, our Brooklyn communities were terrorized by gangs on a violent gun rampage that left three victims wounded in four separate shootings over a two-day period,” U.S. Attorney Breon Peace said. “The residents of this district deserve to walk the streets of our communities without fear of falling victim to gun violence.”

All four face the prospect of life in prison, with a mandatory minimum sentence of 20 years for Agoro and Fremont, and 10 years for Bailey and Battice.

The fate of the chain and pendant remains unknown.

MEMPHIS, Tenn. —  The Memphis police chief on Saturday disbanded the city’s so-called Scorpion unit after some of its officers beat to death Tyre Nichols, reversing an earlier statement that she would keep the unit intact. Police Director Cerelyn “CJ” Davis said she listened to Nichols’ relatives, community leaders and uninvolved ...

A snowmobiler has died after possibly colliding with a moose in Quebec’s Chaudière-Appalaches region. Provincial police confirmed the 43-year-old man’s death on Saturday morning. Sgt. Beatrice Dorsainville says early evidence at the scene suggests the snowmobiler may have hit a moose. She says police were called to the crash near ...

AMC Filmmaking is perhaps the most collaborative art form there is. To achieve even the most minimalistic look, dozens of departments must coordinate their efforts in support of a single vision. As a result, each department is critical and significant. However, if you had to pick one department that ...

Dallas students, teachers and visitors can no longer access TikTok from school district devices and networks. In a Friday letter to families, chief of school leadership Tiffany Huitt said the move is in response to cybersecurity concerns. “Experts believe the cybersecurity risk stems from the belief that TikTok’s parent ...

Police in south suburban Oak Forest are investigating after a 17-year-old boy was found shot to death Saturday, authorities said. At an unknown time, officers responded to the 15500 block of Cicero Avenue in regard to a shooting victim. Arriving officers found a teen who had been shot in ...

Getty Images Tom Verlaine, whose Television band was one of the more influential groups on the New York Punk scene in the 1980s, died today at 73 in Manhattan. Jesse Paris Smith, the daughter of Patti Smith, announced the death, attributing it to “after a brief illness” in her ...

The tiny unit, which is smaller than a penny, fell off a vehicle transporting material from a mine deep in the state of Western Australia to a storage depot.