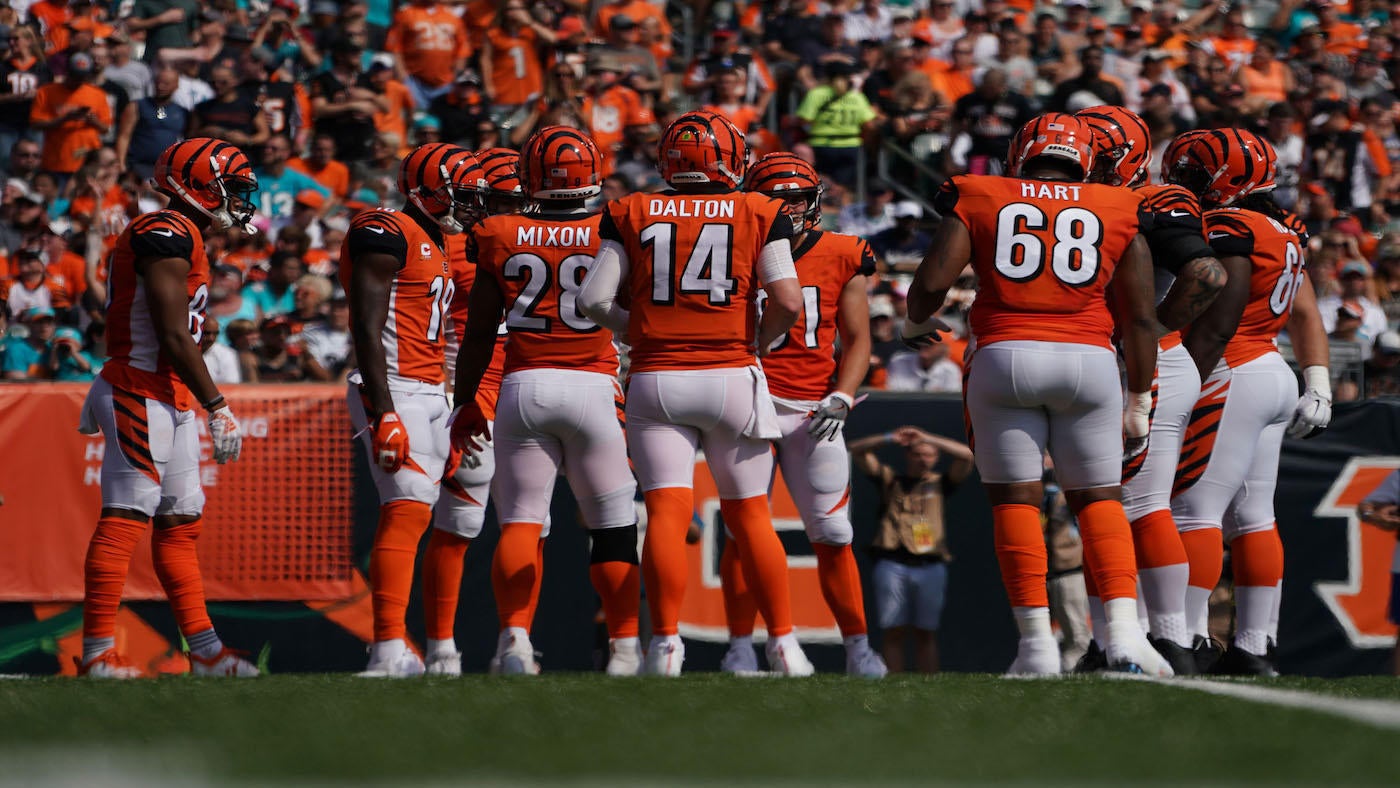 After two games on the road, the Cincinnati Bengals are heading back home. They will take on the Miami Dolphins at 8:15 p.m. ET on Thursday at Paycor Stadium. Both teams come into the game bolstered by wins in their previous games.

The Bengals had enough points to win and then some against the New York Jets on Sunday, taking their matchup 27-12. The team accrued 20 points in the first half and coasted on those for the win. Cincinnati QB Joe Burrow was slinging it as he passed for three TDs and 275 yards on 36 attempts. Burrow’s 56-yard touchdown toss up the middle to WR Tyler Boyd in the first quarter made for one of the most memorable moments of the afternoon.

Cincinnati’s defense was a presence as well, as it collected two interceptions and two fumbles. The picks came courtesy of FS Jessie Bates and LB Logan Wilson.

Meanwhile, it was all tied up 14-14 at the half for Miami and the Buffalo Bills on Sunday, but Miami stepped up in the second half for a 21-19 victory. No one had a standout game offensively for Miami, but they got scores from RB Chase Edmonds and WR River Cracraft.

As it got past Buffalo’s offensive line to sack QB Josh Allen four times for a total loss of 18 yards. The heavy lifting was done by LB Melvin Ingram and FS Jevon Holland, who each racked up two sacks.

The wins brought the Bengals up to 1-2 and the Dolphins to 3-0. A couple defensive numbers to keep in mind before kickoff: Cincinnati ranks first in the league when it comes to passing touchdowns allowed, with only two on the season. Less enviably, Miami is stumbling into the contest with the second most yards allowed per game in the NFL, having given up 413.7 on average.

Cincinnati and Miami both have two wins in their last four games.

How to replace the car battery on a Toyota Corolla Cross

FILE PHOTO: Pre-election rally held in support of Republican candidates in Dayton Donald Trump was ridiculed ruthlessly on social media after a disaster day saw three legal rulings against him. Social media was rife with jokes about “ketchup on the walls” and #ketchup started trending as soon as it ...

Google Chrome has dominated the web browser section for desktop and mobile. Even though you have many Chrome alternatives, Chrome still offers better features and usability options. However, the problem with Google Chrome is that it’s not free from bugs. In fact, Google Chrome has more problems than any ...


View more: How to Fix Can’t Download Images from Google Chrome on Android

How to limit global warming to less than 1.5 degrees Celsius

How to Turn Off Auto Brightness on iPhone or iPad?

RAM Slot Not Working on My Motherboard – How to Fix it?

How to replace a headlight bulb on a Proton X50