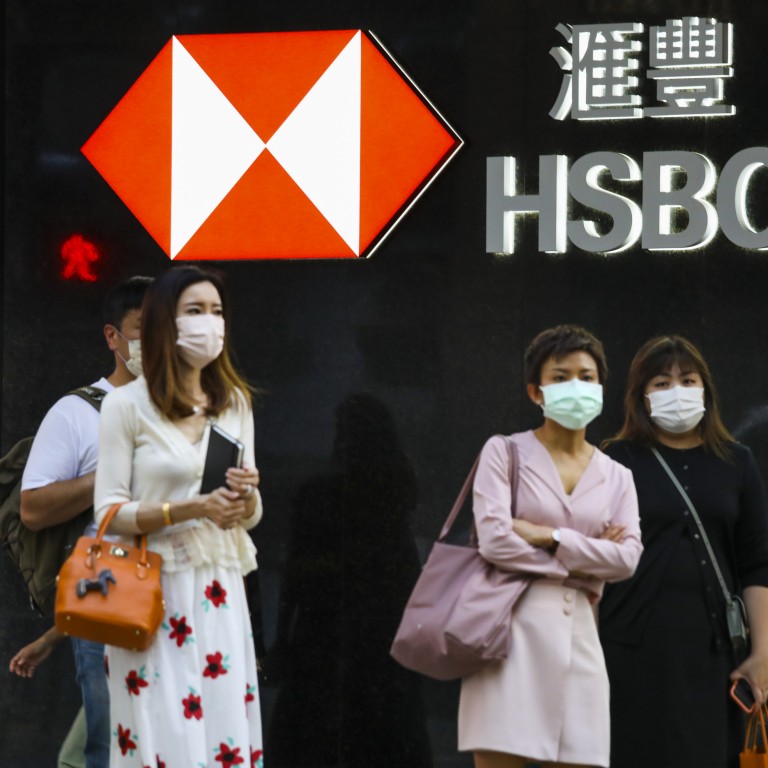 HSBC has taken the lead in raising mortgage rates as the cost of borrowing money keeps rising, dealing a blow to Hong Kong homeowners and potential buyers.

The move is expected to prompt other major banks in the city to follow suit.

HSBC raised the cap for its Hibor-linked home loans to 2.75 per cent from 2.5 per cent for new applications, it said on Thursday. Hibor (the Hong Kong interbank offered rate) is the interest rate banks charge each other for borrowing money.

The one-month Hibor has soared to 1.9 per cent, the highest in more than two years.

HSBC’s move means someone taking on a HK$5 million (US$637,385) Hibor-linked mortgage over a 30-year period at a rate of Hibor+1.3 per cent, will pay an extra HK$1,324 per month, an increase of 6.7 per cent, according to mReferral Mortgage Brokerage Services.

“As the adjustment of the mortgage rate at such a leading bank is an indicator, other banks are expected to follow suit and increase the cap on their new Hibor-linked mortgages,” said Ivy Wong, managing director of Centaline Mortgage Broker.

Standard Chartered said it would raise the capped mortgage rates for new Hibor-linked mortgages from 2.5 per cent to 2.75 per cent next Wednesday.

Bank of China (Hong Kong) said it would “review its mortgage service conditions from time to time, taking into account market development, interest rate trends and customer needs, in order to maintain the competitiveness” of its business.

The city’s homeowners and potential buyers have been braced for higher mortgage rates since the Federal Reserve embarked on a rapid succession of interest rate hikes in March to tame the fastest inflation in four decades.

The Hong Kong Monetary Authority, the de facto central bank, increases its base rate in lockstep under its linked exchange rate system with the US dollar.

The US central bank raised its benchmark rate for two consecutive months in June and July. The market widely expects the US interest rate to increase by another 50 to 75 basis points in September.

mReferral expects local banks to raise the prime rate in September by 25 basis points, when the one-month Hibor rate approaches 2 per cent.

Five smaller banks had already raised their mortgage rates, according to mReferral, but HSBC’s decision is by far the most influential. The lender enjoyed just over a fifth of the market share of mortgages in July, according to Land Registry data cited by mReferral.

The current cycle of rising mortgage rates, given impetus by HSBC’s announcement, is the the first since 2018.

HSBC has also launched a new one-year, fixed-rate mortgage plan to give customers the option of repaying a set monthly amount, it said on Thursday.

“Under a floating-rate mortgage plan, monthly repayments go up and down in line with the market’s interest rate movement,” said Catherine Chui, head of mortgages, wealth and personal banking, Hong Kong. “At a time like this, some customers may prefer a mortgage solution which offers predictability and stability.”

The amount and number of new mortgage loans plunged by 14.5 per cent and 17.1 per cent year-on-year, respectively, in the first six months of this year as the coronavirus fifth wave ravaged the city’s economy.

Banks are likely to start offering bigger discounts as they strive to drum up business, said Eric Tso, chief vice-president at mReferral.

“The current mortgage cap of 2.5 per cent will become history,” he said.

Chong predicts the overall number of mortgages will drop by at least 10 per cent on an annual basis in the coming months.

With sales in the second-hand property market so sluggish recently, “the mortgage business of banks in Hong Kong will enter a cold winter”, he said.

An index of lived-in home prices dipped 1.1 per cent to 380.5 last month, its lowest level since December 2020, according to the latest Rating and Valuation Department data.

The city’s property developers have been speeding up their sales launches in a bid to get ahead of interest rate rises. Sun Hung Kai Properties (SHKP) is offering an extra batch of 383 flats for sale on Sunday.

It sold all 180 units on offer in the second phase of its Novo Land project in Tuen Mun within the first four hours on Wednesday.

The amazing history behind America's most iconic dishes

Zombie apocalypse: 1 in 5 Hong Kong-listed companies not earning enough to pay the soaring interest on their debts

Mini-budget: Chancellor denies gambling with economy as pound sinks to near historic lows

To queue is to be human. Just ask those lining up to see Queen Elizabeth’s coffin

China is planning to probe Uranus in a unique new way

15 Oktoberfest Beers To Drink This Fall

Econ's Brush with the Law

Meta Quietly Reduces Its Staff in Cost-Cutting Push Facebook parent is looking to reduce costs by at least 10%, people familiar with the plans said, while Google has required some employees to apply for new jobs

A cagey play on delivery market dominance Kerry Express is willing to post losses in order to increase its share of the sector, but it is dependent on the e-commerce segment, writes Suchit Leesa-nguansuk

Chamber says now is the time to attract investment

Hitting the right note: Sofia Richie, daughter of pop star Lionel Richie River Island is hatching plans for its first store in the US after bouncing back from the pandemic. Will Kernan, chief executive at the family-owned clothing chain, said online demand has soared in hotspots across California, New York, ...


View more: River Island hatching plans for first store in US after bouncing back from pandemic

National Lottery group Allwyn Entertainment calls off plans to list in New York, which would have netted its billionaire owner an estimated £690m


View more: National Lottery group Allwyn Entertainment calls off plans to list in New York, which would have netted its billionaire owner an estimated £690m

Tens of thousands of jobs in bars, nightclubs and live music venues are at risk this winter, industry bodies warned, claiming the mini-Budget had ‘completely missed the mark’. Businesses are said to be ‘still vulnerable’ despite the Government offering a £60billion bailout package to help them cover rising energy costs this ...

US President Joe Biden speaks about the DISCLOSE Act at the Roosevelt Room of the White House in Washington, DC on September 20, 2022.Saul Loeb | AFP | Getty Images The Biden administration announced Friday it is awarding $1.5 billion in grants to help states, territories and tribal lands ...

Julie Brown, a former AstraZeneca executive, will be unveiled next week as the new chief financial officer of GSK, the £53bn drugs giant, Sky News learns.

You can see Jupiter without a telescope this month

Jupiter is the largest planet in our Solar System. It’s so large, in fact, that even a tiny shift in Jupiter’s orbit could change Earth forever. Despite its size, seeing Jupiter from Earth without a telescope is a rare treat. This month sky watchers will get a chance to ...


View more: You can see Jupiter without a telescope this month

The Federal Reserve has raised its key interest rate five times this year, most recently on Wednesday, as part of its ongoing effort to slow the pace of inflation. The idea is that since the U.S. central bank is making it more expensive to borrow money, the demand for goods ...


View more: How to earn more money from your savings now that banks are raising interest rates

The perils and promise of quantum computing are nearing. Here are ways to invest

Convertibles drive into the sunset as automakers invest in electric vehicles

Check in, smoke up and tune out: Cannabis-friendly vacation rentals are catching on

Is a beer shortage on tap? Inflation and supply chain pressures on brewers are intensifying

Tesla posts record profits as its deliveries soared in 2021

Luxury Home Market Posts Its Biggest Decline in a Decade. 'It's Like Crickets.' After a pandemic-induced bull run, the high-end market has finally faltered thanks to inflation, recession fears and rising interest rates

HAMISH MCRAE: Whether there will be enough progress in next two years to convince voters is a tough one, but this is an experiment we're in together

Fall in sterling fails to faze June Felix, boss of trading firm IG Group: 'Budget has sparked turmoil on markets - but we thrive on volatility'

ALEX BRUMMER: Often forgotten is that as Thatcherite reforms took hold, sterling was at $2 level by 1990 - in world of foreign exchange, nothing is forever

39 Supermarket Buys That Are a Waste of Money

FedEx is raising its shipping prices to battle slower growth

Inside the $250 million penthouse on 'Billionaires' Row'

US allows tech firms to boost internet access in Iran

Inventory is piling up as consumer demand slows. That’s bad news for these stocks

6 Credit Cards That You Can Use Instantly After Approval