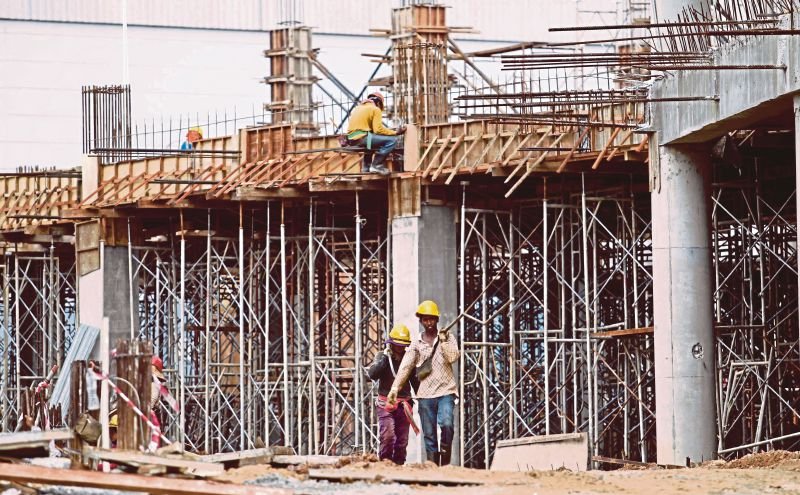 PUTRAJAYA: The Human Resource Ministry (MoHR) has approved a quota for the recruitment of 541,315 foreign workers until Sept 26, of which 436,613 have paid their levy.

The ministry said taking into account the presence of 1.3 million foreign workers and the approved quota, the number had almost met the industry’s demand for foreign labour.

It said the current demand for foreign workers in Malaysia was around 1.8 million, which was the highest ever reached.

In a statement today, MoHR said that there were 1.3 million vacancies in various sectors that were allowed to employ foreign workers, including the informal sector.

At the same time, more than 612,000 migrant workers had registered and passed the Safety and Health Assessment in their source countries, while 228,321 individuals or 37.3 per cent had received approval for Visa With Reference from the Immigration Department and were currently waiting to enter the country.

MoHR said a discussion had been held with the industry on recruiting foreign workers and was informed that industries, such as the plantation sector that had been given quota approval, would not bring in the foreign workers all at once.

“The recruitment will be carried out in stages according to the needs and plans of employers because they have a period of up to 18 months to bring in foreign workers after the levy payment is made,” it added. Bernama

Video: Inside the I'm A Celebrity wrap dinner: Mike Tindall's royal wife Zara looks glam in a green minidress as she enjoys lavish meal with husband's co-stars while he makes heartfelt speech

Entanglement and indeterminism in sustainability management

Chantel Jeffries showed off her legs in a black miniskirt and a pair of knee-high snakeskin boots as she went on a walk in New York City on Monday. The model, 30, displayed her incredible pins as she made a fashion statement in the Big Apple, while clad in a Kith ...


View more: Chantel Jeffries flaunts her toned legs in miniskirt and snakeskin boots while out on a stroll in New York City

Tish Cyrus has confirmed her new romance with Prison Break hunk Dominic Purcell – less than two weeks after her ex Billy Ray Cyrus revealed his engagement to Firerose. The 55-year-old mother of Miley Cyrus, who split from Billy, 61, in April after 28 years of marriage, shared a snap ...

Mr Philp also said he will get in touch with the Mayor of London, Sadiq KhanA review into the London Fire Brigade revealed sexist and racist horror storiesLondon Fire Commissioner Andy Roe vowed to dismiss any abusive firefighters

Examining US policy-making and China's efforts in Southeast Asia

Video: Immigration minister Robert Jenrick says migrants with diptheria symptoms WON'T be allowed to leave Manston processing centre - or will be sent to Covid-style isolation hotels - as he confirms 50 cases among asylum seekers

Daily brief: Former Russian minister caught with satellite phone in Dehradun, and all the latest news