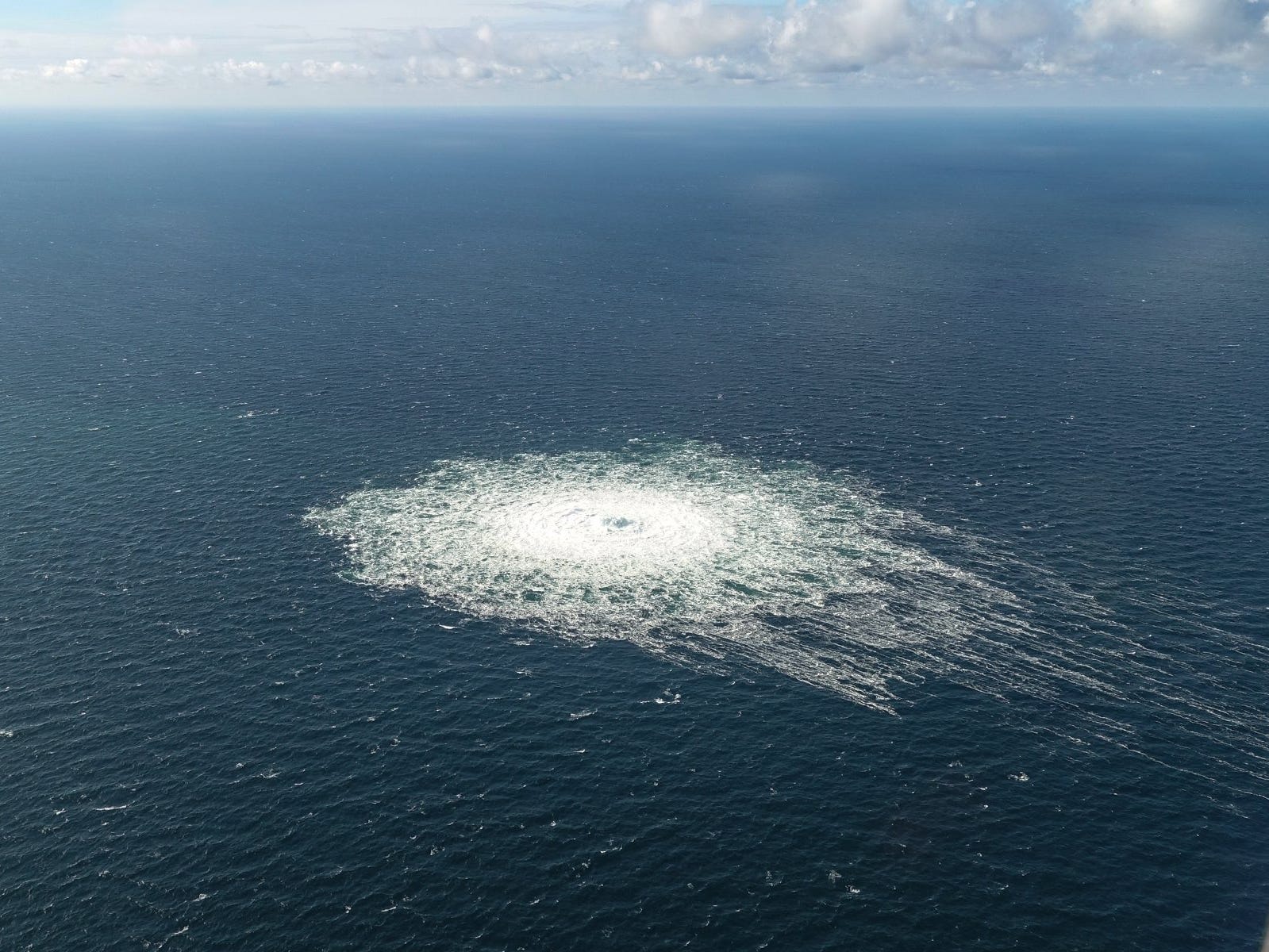 A Danish military image of a site in the Baltic Sea where the Nord Stream pipeline is leaking. Danish Defense Command

Leaks that have badly damaged the Nord Stream natural gas pipelines were caused by hundreds of pounds of TNT, Denmark and Sweden said in a joint report to the United Nations.

The countries cited the latest development in a joint report to the UN Security Council on Friday, adding the explosions were a deliberate act, Denmark’s TV2 first reported.

The pipelines that carry gas from Russia to Europe began leaking on Monday, with the Swedish coast guard saying there were two leaks in the Swedish economic zone, and another two in the Danish zone.

Methane appears to be leaking from the pipelines, with Sweden and Denmark now suggesting they were caused by a massive explosion.

“The magnitude of the explosions was measured at 2.3 and 2.1 on the Richter Scale, respectively, probably corresponding to an explosive load of several hundred kilos,” the two countries said, per Barrons. “All available information indicates that those explosions are the result of a deliberate act.”

The German news magazine Spiegel reported that intelligence sources believe about 500 kilograms of TNT were used four places, containing the same force as a heavy aircraft bomb, The Guardian reported.

More countries are openly claiming the leaks were the result of acts of “sabotage”, with two senior German lawmakers pointing the finger at Russia. On Friday, US President Joe Biden agreed that the leak was the result of a “deliberate act of sabotage”.

But in a statement released on Telegram on Thursday, Moscow suggested that Washington had the most to gain from Nord Stream shutting down.

A Russian spokesman told Reuters on Friday that the leak was a result of state-backed terrorism – a stance rejected by the West.

Norway, now the biggest supplier of oil and natural gas to Europe, said it would mobilize its military along its energy infrastructure, which is mainly underwater. NATO threatened to retaliate against what it called acts of sabotage.