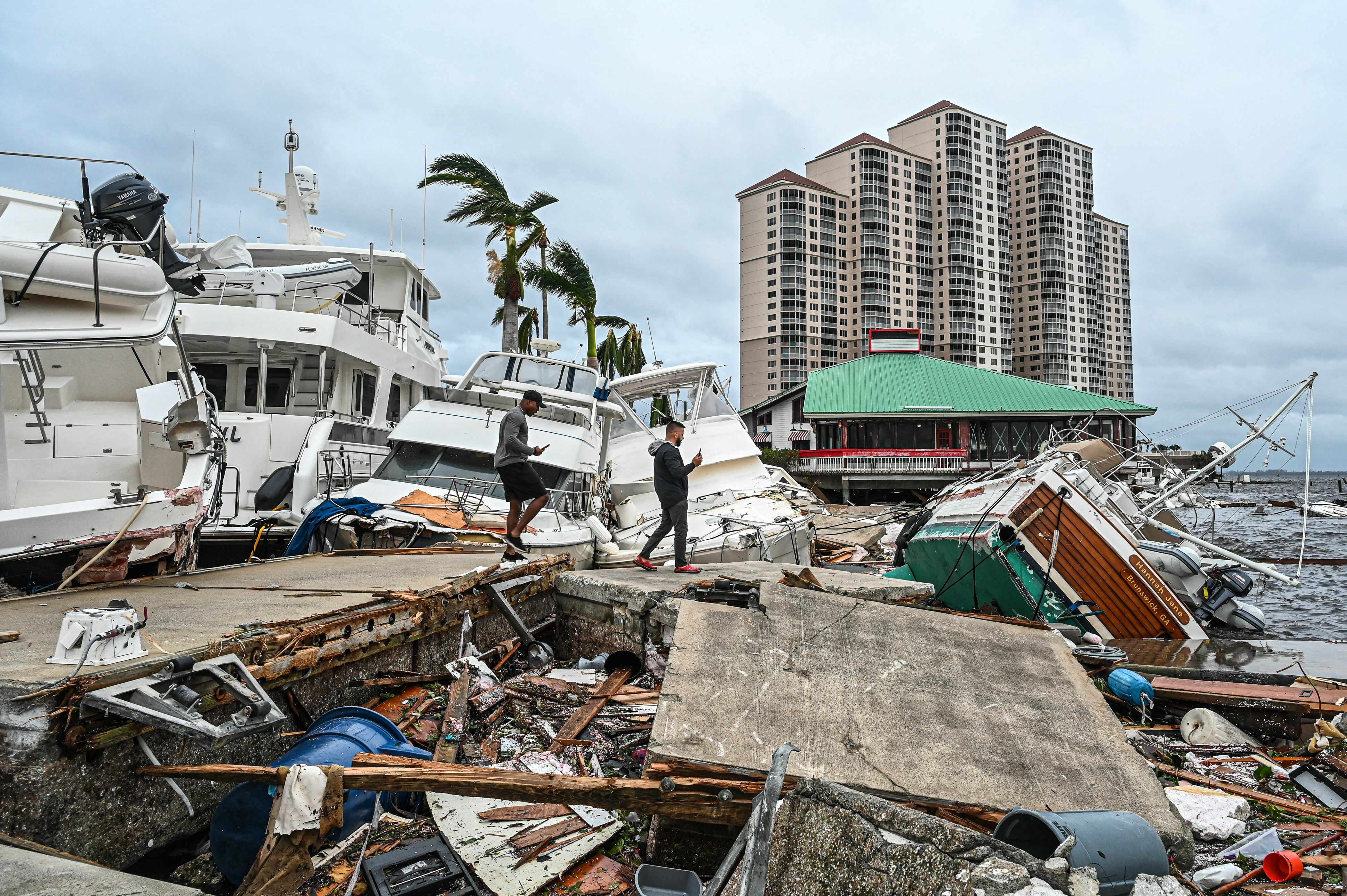 In the aftermath of Hurricane Ian’s assault on Florida Wednesday and Thursday, the state began the work of assessing the damage. Two fatalities were tentatively linked to the powerful storm, pending a more thorough investigation. But the magnitude of the storm’s toll as measured in visible damage to structures is colossal.

Thursday morning and afternoon, as Ian lost strength and was downgraded from a Category 4 Hurricane to the status of a tropical storm, photos and videos emerged on social media, showing the world that the communities of concern during landfall, like the populous Fort Myers and Naples, were hit as hard as was feared, with some neighborhoods left essentially in ruins.

As these photos and videos make clear, Hurricane Ian has already been a historic catastrophe, and with another landfall feared in South Carolina on Friday, they may also serve as a warning of things still to come.

Twitter user @swmurfl walked around the wreckage of a seaside district in Fort Myers Beach, showing that much of the area was completely devastated.

AccuWeather reporter Bill Wadell posted a photo of the chaos at a harbor in Fort Myers as boats left to the elements during the storm were turned to wreckage.

One video from Twitter user Brian Humphrey shows Fort Myers from above, allowing the viewer to take in the extent of the damage from coastal flooding now that the storm surge has receded.

Another video by Brian Humphrey, taken from street level, shows an apparently unmoored boat now on land, and a generally chaotic scene amid what appears to have been an idyllic coastal community just yesterday.

Matt Devitt, a weatherman at WINK tweeted a video of his company’s Fort Myers studio, which had its first floor completely inundated.

Fox 13 Tampa reporter Paul Dellegatto posted a photo taken sometime in the night that shows a piece of Sanibel Causeway, a 3-mile bridge between the community of Sanibel Island, and the rest of Florida. While this bridge is out, there is no way on or off the island for motorists.

How is Hurricane Ian related to climate change?

Climate change is impacting hurricanes. Some of these impacts are clear, particularly more serious rainfall and historic flooding, along with higher storm surges. Other impacts, like how the relentless warming oceans are affecting how strong these storms grow, are an intensive and ongoing area of research.