Summer Willett stocked up on food, water and other basic supplies as she prepared to ride out hurricane Ian at her in-laws’ home in Florida.

The Cornwall, Ont., woman travelled south recently to spend a couple of months with family in Palm Beach, Fla., but her visit took an unexpected turn as the hurricane, which hit Florida’s west coast on Wednesday, moved across the state.

The 26-year-old was out getting supplies Wednesday in preparation for the major storm.

“We’re buying water and canned food and flashlights and stuff like that,” she said in a phone interview.

“We’re going to do our best to stay inside and keep safe …. But we’re not leaving as of now. We’re going to be in the house until the storm passes.”

The massive Category 4 storm lashed Florida’s southwest coast Wednesday with heavy winds and rain after strengthening to a storm that could push 3.6 to 5.5 metres of water across more than 400 kilometres of Florida’s western coastline.

Isolated tornadoes spun off the storm well ahead of landfall. One tornado damaged small planes and a hangar at the North Perry Airport, west of Hollywood along the Atlantic coast.

Willett said she and her family had already seen some rough weather.

“We have wind, rain, thunderstorms, tornadoes,” she said. “The lights have been flickering. We haven’t lost power yet.” 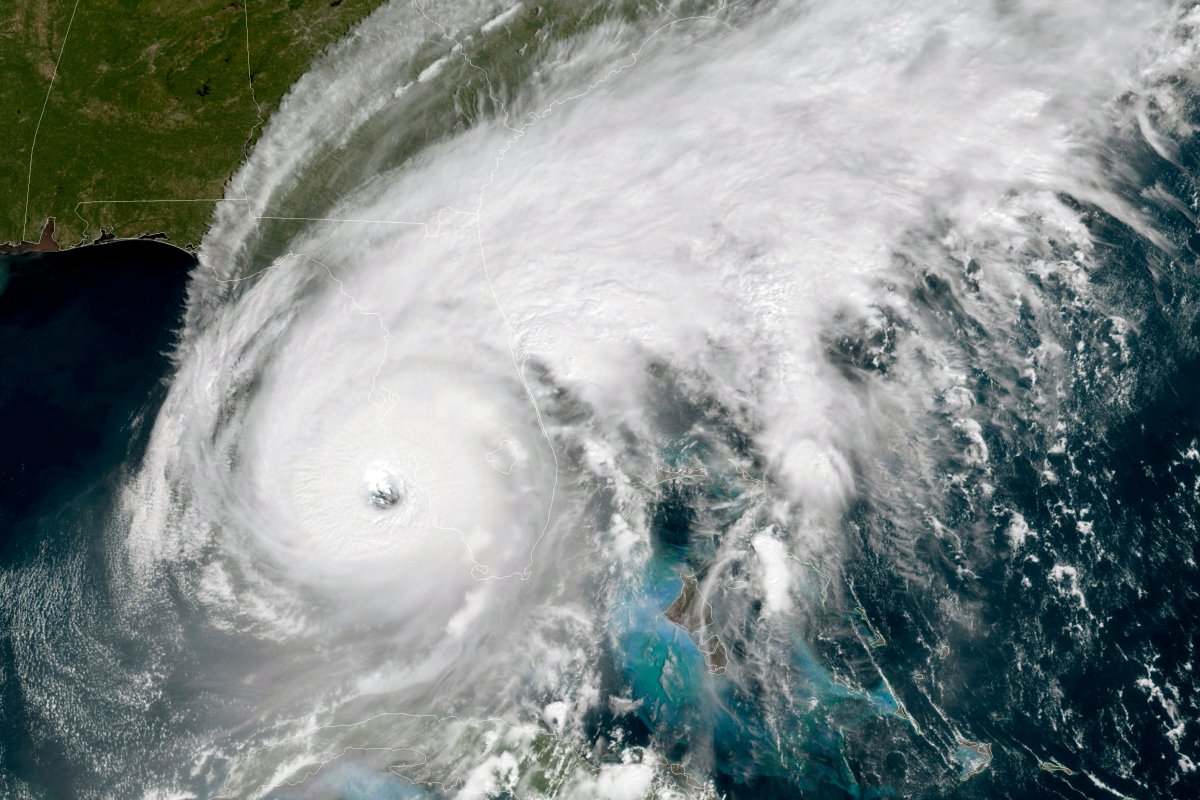 This GOES-East GeoColor satellite image taken at 12:01 a.m. EDT on Sept. 28 and provided by the National Oceanic and Atmospheric Administration (NOAA), shows the eye of Hurricane Ian approaching the southwest coast of Florida. NOAA via AP

Willett said she was out in the car with her wife on Tuesday night when they received an emergency notification to take shelter as a tornado was hitting the area.

“I was actually shaking, so my wife was actually calming me down because it’s new for me and I’m obviously not comfortable. I was freaking out,” she said. “It’s very scary. Honestly, it’s overwhelming.”

Evan Rachkovsky, the director of research and communications of the Canadian Snowbird Association, said the vast majority of Canadian snowbirds have not moved to Florida for the winter yet.

“Typically, they leave Canada and go to Florida in November,” he said in an interview. “Most of our members haven’t left yet.”

The members of the national not-for-profit advocacy organization have been mostly asking about the right steps to take in case the hurricane damages their properties in Florida, Rachkovsky said. 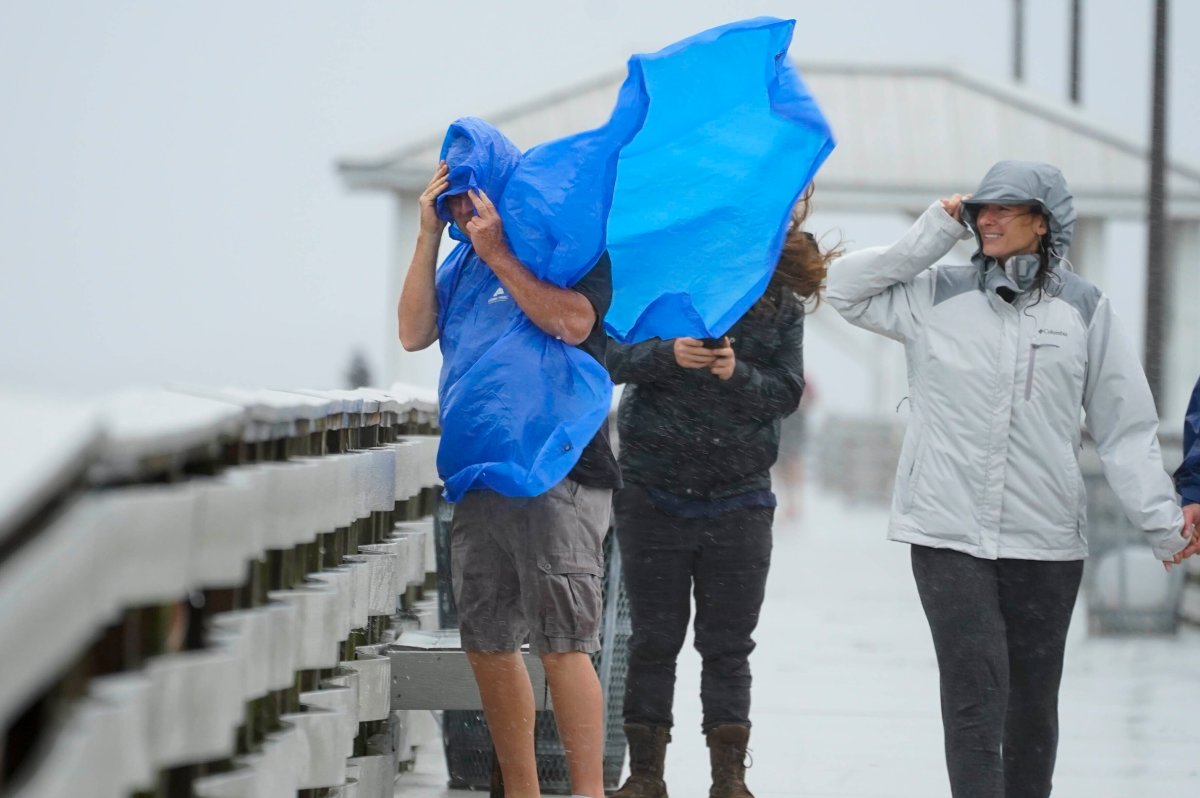 People walk on the Ballast Point Pier ahead of Hurricane Ian on Sept. 28 in Tampa, Fla. Chris O'Meara/AP

“The advice: only go visit your property when it’s safe to do so when you’re given the OK from the local officials down there.”

He said snowbirds should keep a detailed log of all their interactions with their insurance provider and independent adjuster in case they are making an insurance claim and should document any emergency repairs that are needed to prevent any subsequent damage.

More than a million Florida homes and businesses were without electricity Wednesday evening. Florida Power and Light warned those in Ian’s path to brace for days without power.

— with files from The Associated Press.

A BITTER smoker may have been behind the murder of Alistair Wilson, we can reveal. Cops are convinced the motive for the doorstep shooting is a dispute over decking at a bar next to the banker’s home in Nairn, Moray. Alistair Wilson was gunned down in Nairn in the ...

A FED-UP homeowner has been branded “out of order” after he cut down his neighbour's tree because it was blocking his drive. The TikTok user known as @smargarden1982 took to the social media platform to film himself cutting back the foliage so it wasn’t overhanging onto his driveway. Man ...


View more: I cut down my neighbour’s tree because it was blocking my drive – people say it’s petty but I’m not in the wrong

FURIOUS parents have slammed a teacher who “dresses like a teenager” in a short skirt while their kids are punished for wearing the wrong socks. The staff member, of Outwood Academy in Ormesby, Middlesbrough, was this week accused of “parading around in a short skirt” by a councillor who visited the school.  ...

A Chargers defense that has struggled to stop the run will now face a back who topped 100 yards Sunday. And Josh Jacobs did that just in overtime. Jacobs lifted Las Vegas to a 40-34 victory at Seattle with an 86-yard touchdown run midway through the extra session. For the ...


View more: Potential Chargers playoff run has been a running problem with Raiders up next

As legal gambling expands, it’s fair to ask: Who makes a living off the losing of others?