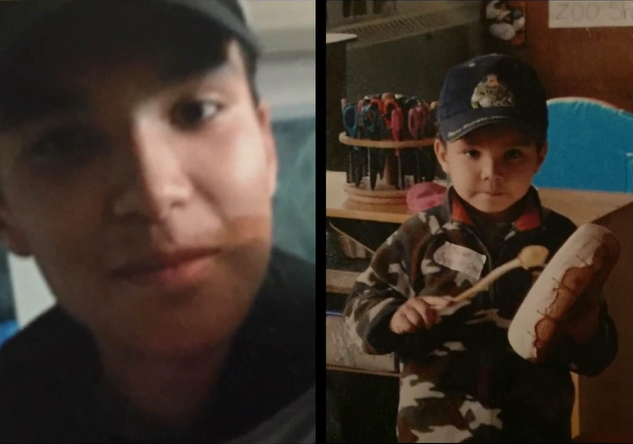 An inquest into the death of 17-year-old Traevon Desjarlais was called by the BC Coroners Service on Fri. April 29, 2022. Desjarlais, a First Nations youth, was found dead in the closet of his Abbotsford, B.C. group home on Sept. 18, 2020.

A BC Coroners Service inquest into the death of a 17-year-old Cree boy at an Abbotsford group home heard gut-wrenching testimony Thursday from the foster care worker who was on shift for the four days the teen was considered missing.

Traevon Desjarlais was found hanging in the closet of his room at the home on Sept. 18, 2020.

Taking the stand Thursday, Murray McMaster told the inquest he came on shift Monday, Sept. 14, to find Desjarlais apparently not in his room.

McMaster testified he reported the teen AWOL to the Minister of Children and Family Development that night, and reported him as missing to Abbotsford police the next day. He went on to say he checked the room daily.

Video: Mother testifies at inquest into son’s death while in Abbotsford group home

McMaster faced multiple questions as to why he did not think to check the teen’s closet, despite the closet doors being broken, and leaning against the doorway opening.

The foster parent had few answers to the line of questioning, and repeatedly told the inquest he could not recall details.

“I went in, I looked around, I checked under the bed. I looked for any signs that he had been there, I didn’t see any,” he said.

“I wish I could say that does include (checking the closet), but I didn’t find him so I have to say it doesn’t include that,” he responded under questioning from lawyers for the Abbotsford Police Department.

Finally, on Sept. 18, McMaster called his supervisor to approve a dump run. He testified he had noticed a foul smell in the basement and assumed Desjarlais had a pet that had died.

Pressed on why he called for the dump run. he clarified his thought process.

“Because I guess in the back of my mind he may be down there, and I wasn’t finding him,” he said.

Abbotsford police arrived at the home later that day on their own. No one had called them.

McMaster told them about the smell and in a matter of minutes, the teen’s body was found in the closet.

The inquest has previously heard that Desjarlais was taken from his birth mother as an infant, and spent about 15 years living with relatives.

He moved to the group home in 2019 when family was no longer able to meet his special needs.

Previous testimony has revealed he suffered mental health challenges, but stopped taking his medication and became troubled and paranoid during the early phases of the COVID-19 pandemic.

The five-member coroner’s jury will hear evidence from witnesses under oath, but the inquest is not a fault-finding inquiry. A statement from the coroner said the jury will make recommendations on ways to prevent deaths in similar circumstances.

The inquest is slated to hear next from Abbotsford police about their investigation.

If you or someone you know is in crisis and needs help, resources are available. In case of an emergency, please call 911.

The Canadian Association for Suicide Prevention, Depression Hurts and Kids Help Phone 1-800-668-6868 — all offer ways for getting help if you, or someone you know, is suffering from mental health issues.

For a directory of support services in your area, visit the Canadian Association for Suicide Prevention.

Learn more about how to help someone in crisis on the Government of Canada website.

Calgary entrepreneur Manjit Minhas has been named the new honorary lieutenant-colonel for the Queen’s Own Rifles of Canada and will be meeting with the Queen Consort this week. The co-founder and CEO of Minhas Breweries, Distilleries and Winery is well known for her appearances on Dragon’s Den but she has ...

Voltage Pictures You always hurt the ones you love, sang the Mills Brothers. Tell that to Gerard Butler, who is still feeling guilty over an incident with costar Hilary Swank on the set of their 2007 romcom, P.S. I Love You. During a recent episode of The Drew Barrymore Show, ...