Casemiro's thunderbolt helped favourites Brazil seal a 1-0 win over Switzerland Brazil's defence has been highly praised after a second consecutive clean sheet Thiago Silva was singled out for his performance by pundit Gary Neville Find more of Sportsmail's World Cup stories as they happen on the homepage Click here for the latest World Cup 2022 news, fixtures, live action and results

Brazil’s defence, especially veteran Thiago Silva, has been highly praised after they kept a second consecutive clean sheet against Switzerland.

The tournament favourites followed up their 2-0 win over Serbia on Thursday with a 1-0 win over their Swiss rivals – and neither of the European sides were able to muster a shot on target against the Brazilians.

As Opta reported after the game, it meant Brazil have become just the second nation to not face a single shot on target in their first two World Cup games in a single edition since 1966.

It is a good omen for the country as well, because the feat was previously achieved by France in 1998, on their route to winning their home tournament. 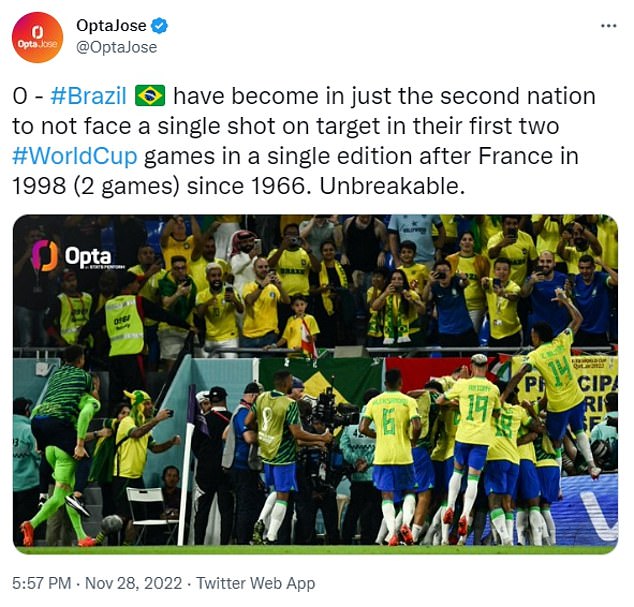 0 – #Brazil 🇧🇷 have become in just the second nation to not face a single shot on target in their first two #WorldCup games in a single edition after France in 1998 (2 games) since 1966. Unbreakable. pic.twitter.com/wPpJWlmedh 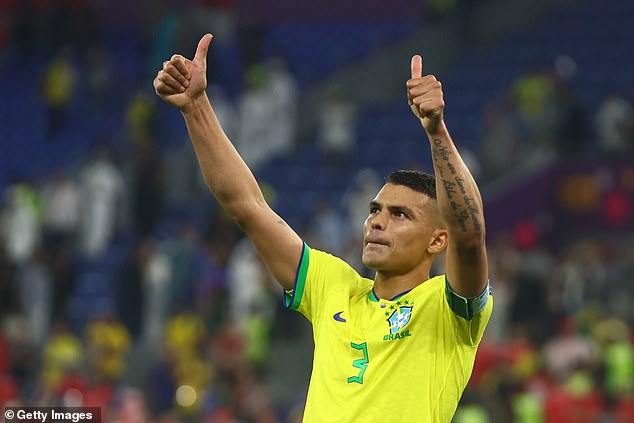 Speaking about their great defensive record, Neville said:  ‘Every coach wants that. We see Pep Guardiola in the Premier League changing the face of football in the last ten years in that we demand 60%, 70% possession from the best teams, we demand incredible football players technically gifted players on the pitch but they also have to keep clean sheets. They’re also brilliant defensively.

‘Not just that, they push up the pitch unbelievably. I don’t know how Thiago Silva at his age is still pushing up that pitch. I think back at my career, to get in front of your forward all the time, to try and win it, is one of the hardest that you try and do – he’s still doing that late into his thirties – it’s unbelievable.’ 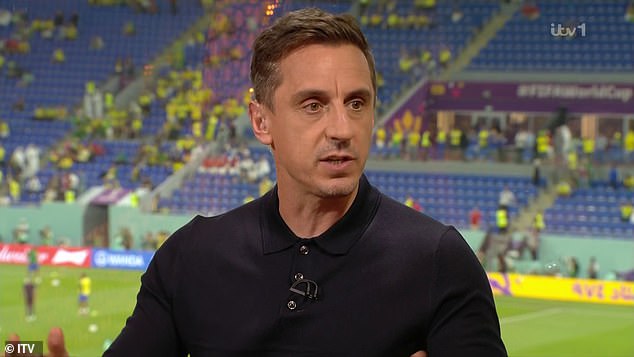 At the end, the coach was pushing that sort of balance towards the fact that he wanted those attacking players on the pitch, and all these coaches in these tournaments, some of them like Brazil, have 6, 7, 8 unbelievable players – you can’t get them all on the pitch, but how many can you get on the pitch?

‘He didn’t have enough of them on the pitch at the start of the game, towards the end it looked the right type of balance for the quality that they have.’

After Casemiro’s great strike sealed Brazil’s passage into the knockout stages, they next face Cameroon on Friday, before a last-16 clash against a side from Group H. 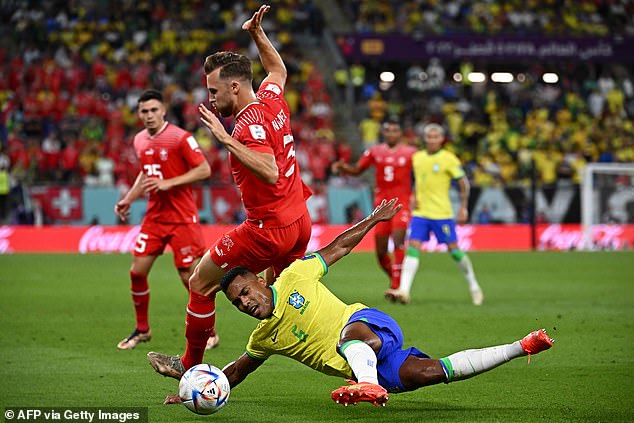