Emma Raducanu was bounced out of the Cincinnati Masters on Thursday nightNotwithstanding the loss, Raducanu is in good spirits - 'proud' of her week in CINThe 19-year-old says she feels very similarly to this time last year where she became the first player in the Open Era to win a grand slam as a qualifier

Emma Raducanu has decided that if she is going to lose, she’s going to go down swinging.

That was her message after what the US Open champion described as a ‘really positive week’ at the Cincinnati Masters, despite her third round defeat against Jessica Pegula.

The 19-year-old was defeated 7-5, 6-4 but heads to New York in a buoyant mood after adopting a more aggressive game plan. She even, tentatively, drew comparisons to how she felt last year, when she qualified for the US Open and went on to win it. 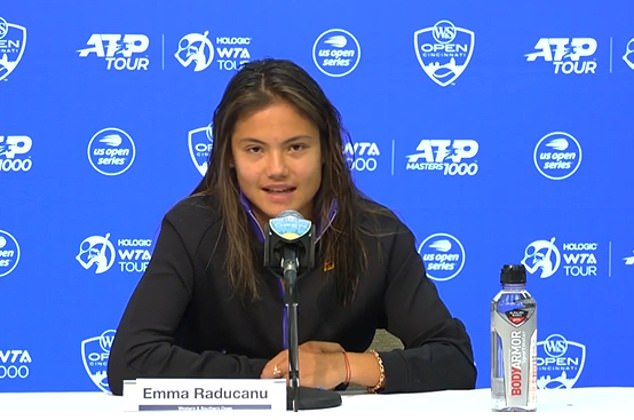 ‘I’ve started going for my shots more – recently I’ve been playing and hoping they would miss,’ Raducanu said in her post-match press conference. ‘I’ve been pushing the ball around. This week I was just like, I’m going to try it, I don’t care if I make errors, I’m going to overhit if anything.

“I’m proud of how I did this week. I think it’s a great step to move forward.

‘I got tired of pushing the ball around and having people hit the ball and they run me around. I’ve tried that for pretty much a year.

‘If I’m going to lose, I’m probably going to lose anyway pushing the ball around at this level, it just doesn’t work. So I thought I’m just going to do it, give this tournament a swing and it worked. 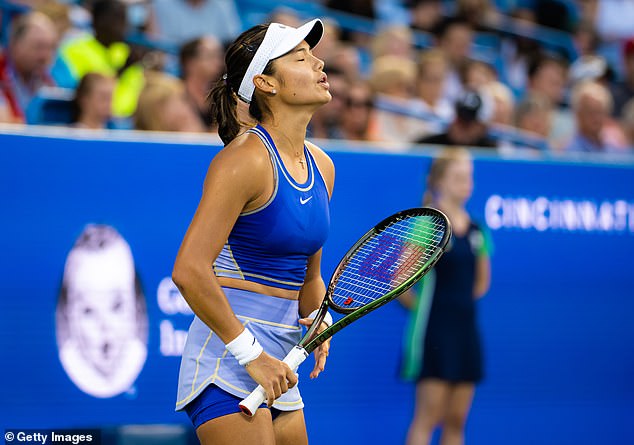 Despite the defeat, Raducanu feels as if she’s improving her decision-making on the court

‘It is definitely relieving because I feel like I’m swinging with the same sort of freedom that I had, or more similar to, last year. I can really take it as a positive week and I feel like I am heading in a positive direction again.’

And it has been a positive week for Raducanu. She swept Serena Williams aside 6-4, 6-0 and backed it up with an impressive win against Victoria Azarenka.

‘Every match at this level, I figure out what works and what doesn’t work. I feel more comfortable in what I’m doing now,’ Raducanu added. 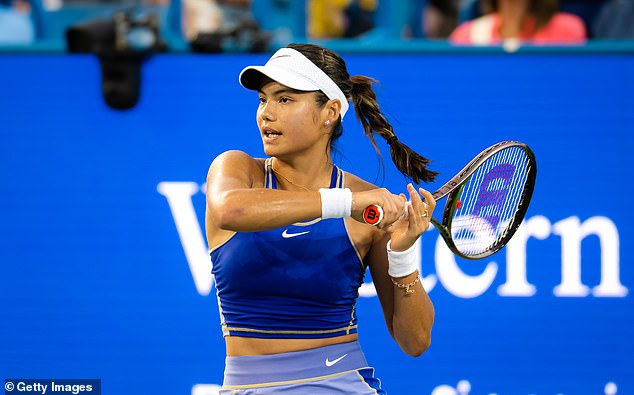 Despite her early career success, Raducanu is still young and malleable enough to take her game to heights well beyond the sole grand slam in her trophy cabinet

‘At the US Open I played really good tennis, I was swinging with the freedom that I started to tap into this week.

I really enjoyed this week, if I made an error it was almost a positive thing – “good, you’re going for it”‘. It paid off more than it didn’t.’

In the meantime, Raducanu vowed to head to a bagel shop as soon as she gets back to New York.

‘I just love New York as a city, I can’t wait to go back,’ she said. ‘I really have been craving a bagel for about a year!’ 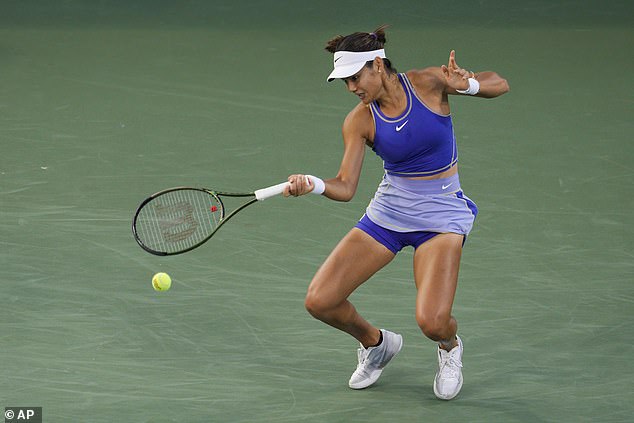 Hallowe’en has been cancelled, services affected and even Santas and elves are in short supply. Llangollen Railway is facing a shortage of volunteers as the cost-of-living crisis deepens. Volunteers are the lifeblood of Wales’ heritage railways and have helped them become a successful part of the country’s tourism and leisure ...


View more: Hallowe’en cancelled and Santa trains at risk at North Wales railway due to cost of living crisis


View more: Footy legend Wayne Carey will NOT face any charges over his casino white powder scandal as cops close their investigation


View more: Video: JEFF POWELL: It was a NIGHTMARE day for boxing… Fury v Joshua was called off after sinking to shameful depths, while the attempt to get Benn v Eubank on is purely down to money

Cornwall Council New County Hall in Truro. The number of households in emergency accommodation in Cornwall after being made homeless remains high with Cornwall Council struggling to move them into more permanent homes. Around 650 households are currently living in places like caravans, B&Bs, Travelodges and Premier Inns after ...


View more: Hundreds of Cornwall families stuck in emergency accommodation because there are not enough homes

Bridlington’s land train, transport of choice for thousands of holidaymakers who travel the seafront every summer aboard the colourful open-sided carriages, is being brought back into service. The land train service that runs along the South Promenade, from the town’s park and ride car park at South Cliff to Bridlington ...


View more: An emotional Michael Klim gives devastating update on his rare auto-immune disorder and reveals how the condition has left him TRAPPED in Bali

Channel 10’s new reality show The Real Love Boat has got off to a rocky start, with some viewers convinced the ending has been spoiled after just one episode. Single parents Jay Bonnell and Sally Geach hit it off during the season premiere of the dating show on Wednesday night. ...


View more: Stars of Channel 10's The Real Love Boat spoil the ending after just ONE episode - as the season premiere SINKS in the ratings