I'M A Celebrity fans have slammed the show producers and accused them of bullying Matt Hancock after his recent trial.

The former Health Secretary – who has mentioned his dyslexia on the show – was tasked with solving an anagram on last night's show. 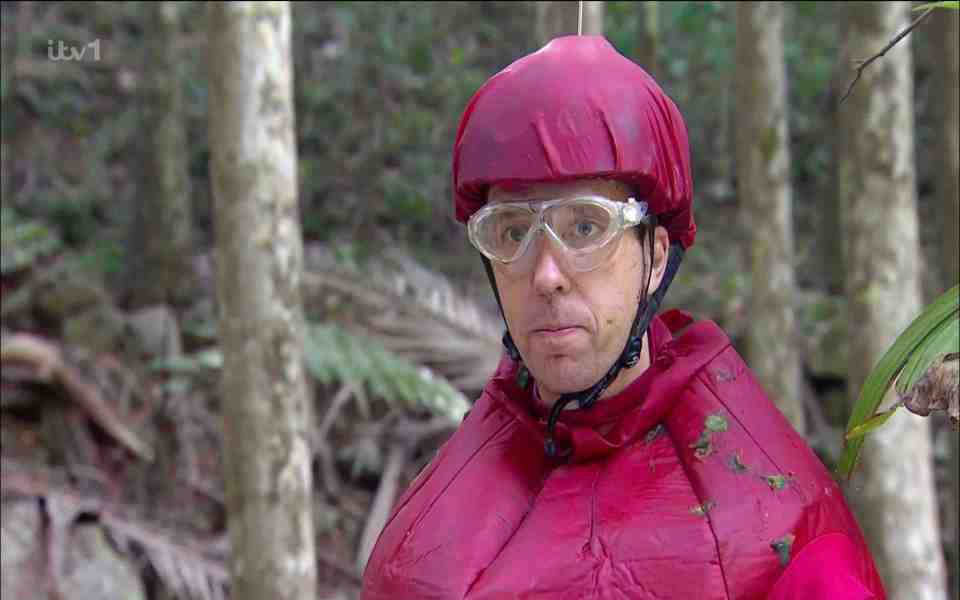 Fans complained that the challenge was unfair on MattCredit: Eroteme 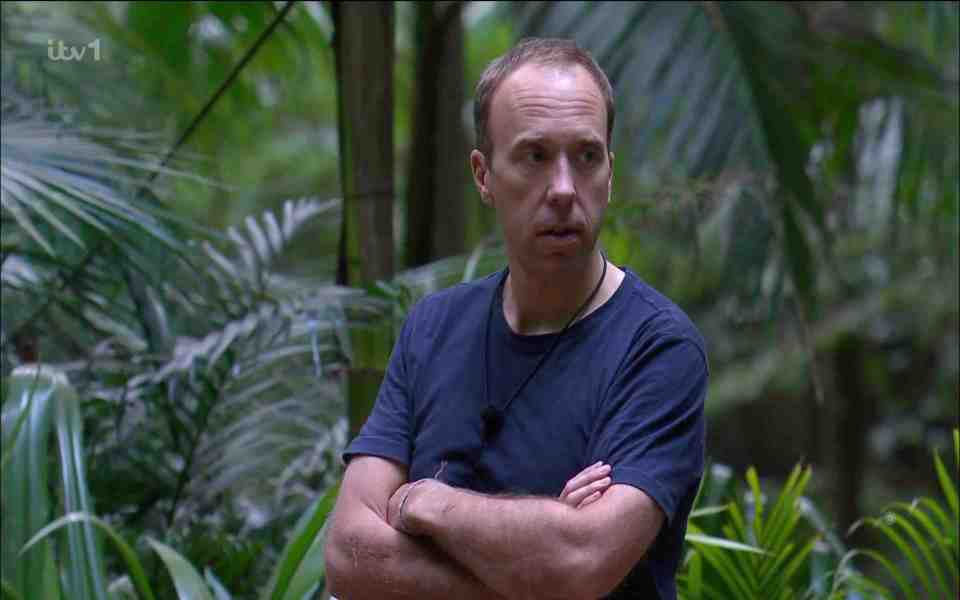 The MP revealed he was dyslexic as the challenge beganCredit: Eroteme

Controversial MP Matt, 44, was joined by rugby ace Mike Tindall for the challenge to win snacks for camp last night.

The politician – who was disgraced last year when his affair with his aide Gina Coladengelo was revealed – has been defended by viewers.

Matt, who claimed to have entered the jungle to raise awareness for dyslexia earlier this month, was given a spelling task last night.

The former Health Secretary was faced with a jumble of letters during the latest Deals On Wheels task but struggled to spell.

The letters were hidden among 99 red balloons, which all had to be popped using sharp spikes fixed to the top of their helmets.

The pair then had to solve an anagram before time ran out.

Struggling, Matt told Mike, 44: “I’m terrible at anagrams. I’m dyslexic, so all the letters are already in an anagram, so it’s on you.”

Fans at home were left disappointed to see Matt being dished out the spelling challenge, as they hit out to bosses about “bullying”.

“I know that a lot of people don't like Matt, but does anybody else think that putting a dyslexic on an anagram challenge was a totally wrong?” one viewer wrote to Reddit.

“Bullies can't win in any situation,” a second chimed in.

Fans were quick to react to Matt's dyslexia admission, after previously slamming him for taking so long to mention his struggle with dyslexia.

It took Matt two weeks to speak about it, despite insisting his main reason for entering I’m A Celebrity was to raise awareness of the learning difficulty.

It comes days after I'm A Celeb was hit with a wave of Ofcom complaints over Matt being “bullied” by his co-stars.

The broadcasting regulator revealed they had received almost 2,000 complaints since the ITV show has been airing its new series.

Of those 1,159 came from fans who were hitting back against the working West Suffolk MP being on the show.

But a whopping 809 were said to have come with concern over Matt's welfare, as they hit out at “bullying” in the jungle camp.

In a statement about the figures, Ofcom said: “It’s worth being aware that under our rules – and taking into account freedom of expression – there's no ban on any particular person taking part in programmes.

“However, if the mere presence of a person is likely to cause offence, we would expect broadcasters to take steps to mitigate or justify that offence. How they do that editorially, is up to them.”

It comes after I'm A Celeb fans took to social media to complain about “bullying” on the show, asking bosses to intervene.

Masterchef: The Professionals viewers fuming over ‘smug and pretentious’ addition to show

LIAM Reardon was “nervous” to reveal his softer side on Celebs Go Dating as he bravely opened up about his heartbreak. The 23-year-old Welshman was revealed as a late addition to the agency last night. Liam Reardon is looking to move forward on Celebs Go Dating after his splitCredit: ...

I'M A Celeb star Mike Tindall looked all loved-up as he made the most of post-jungle life in Australia with wife Zara. The ex rugby star, 44, is clearly relishing the country's summer time season as he stays in Adelaide following his stint on the critter-filled series. Mike Tindall ...


View more: Mike Tindall cosies up with wife Zara in Adelaide before they glam up for fancy dinner

IT'S a busy week for new streaming releases so get your popcorn ready and your comfiest PJs on. We have a treat for the Country lovers, as Jessica Chastain stars in Paramount +'s George & Tamm Faye. Along with new anthology-drama, Little America – a series about the immigrants ...


View more: The best new TV to stream next week – from Too Hot To Handle to Little America

DRAMA picks up a pace in the cobbles for one Weatherfield resident next week. The Coronation Street fan-favourite is filled with dread when they face the possibility of battling cancer. A fan-favourite character could face death next weekCredit: PA Daisy Midgeley has terrible newsCredit: ITV How will Daniel Osbourne ...

STRICTLY Come Dancing has become embroiled in an “under-marking” row as a fan favourite fell short. BBC One's flagship series – which this week aired it's live show on Friday – came under the spotlight during a tense quarter final. Strictly Come Dancing fans have blasted the show as ...

Strictly’s Anton Du Beke takes brutal swipe at Kym Marsh on It Takes Two – did you spot it?

ANTON Du Beke made an awkward dig at Strictly contestant Kym Marsh during his latest appearance on spin-off show It Takes Two. He was appearing on the show on Friday night alongside his fellow judges Craig Revel Horwood, Motsi Mabuse and Shirley Ballas ahead of the live show later ...


View more: Strictly’s Anton Du Beke takes brutal swipe at Kym Marsh on It Takes Two – did you spot it?

Gino D’Acampo reveals the X-rated secrets to making his marriage work, including a £2 sex guide from a charity shop

My dad was Wolf, the nasty one from TV’s Gladiators – now I’m ready to take on the mayhem he left behind

Strictly fans have the same complaint about musicals week – do you agree?

Brad William Henke dead at 56: Orange Is The New Black and Dexter actor’s family reveals details of his unexpected death

Huge TV star’s aunt signs up to Coronation Street, months after her mum appeared on EastEnders

Did Jim Parsons Just Tease His Future As The Voice Of Snagglepuss?

TV star is unrecognisable as they transform for Christmas pantomime role – can you guess who it is?

Move over, Spotify Wrapped – the internet wants to know their 2022 Netflix stats

King Charles gasps ‘I can’t bear to lose it!’ in emotional home makeover scenes on A Royal Grand Design