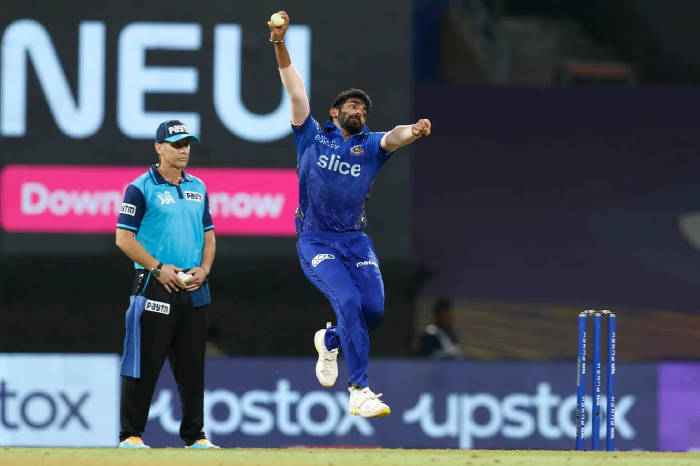 The right-arm seamer has been suffering from a recurring back injury that saw him miss the Asia Cup and part of the recent home T20 series against Australia. Bumrah was expected to feature in Wednesday’s opening T20 against South Africa, but was ruled out due to injury.

“Jasprit Bumrah complained of back pain during India’s practice session on Tuesday,” the BCCI said on Twitter on Wednesday.

“The BCCI Medical Team assessed him. He is ruled out of the first #INDvSA T20I.”

Now, news portal PTI has quoted a BCCI official who claimed Bumrah’s injury is more serious than the statement led on…

“Bumrah is not going to play the World T20 for sure,” said the unnamed official.

“He has a serious back condition. It’s a stress fracture and he could be out for a period of six months.”

While India has good squad depth, they have already suffered the loss of experienced campaigner Ravindra Jadeja due to a knee injury. The loss of Bumrah – who has picked up 70 T20I wickets at 20.22 – would be unfortunately another blow.

#TeamIndia finish things off in style! ðŸ‘Œ ðŸ‘Œ
A SIX from vice-captain @klrahul to bring up his FIFTY as India take a 1-0 lead in the 3-match #INDvSA T20I series. ðŸ‘ ðŸ‘ @mastercardindia | @StarSportsIndia pic.twitter.com/6Fh0APf52F

As the holiday season approaches, Infinix Malaysia will be offering promos and deals on its official e-stores on Lazada and Shopee with up to RM150 off on selected devices. Consumers can start checking out and adding the products by 12 December (midnight sharp) to enjoy the limited-time deals.  Exclusively ...

(Zac Goodwin/PA) (PA Wire) What the papers say A fresh twist could be on the cards for Frenkie de Jong‘s future at Barcelona, with the Daily Mirror reporting the midfielder has once again denied a request to reduce his salary. Citing Spanish outlet Sport, the paper says the club ...

Cristiano Ronaldo’s role for the remainder of the World Cup is something that has to be “defined”, Portugal boss Fernando Santos said after dropping his captain for their emphatic last-16 win over Switzerland. The 37-year-old was only named on the bench as Benfica forward Goncalo Ramos – who hit ...