Inquiry was announced in 2017 and it began in 2018, due to conclude next yearChairman of the probe Sir Brian Langstaff thanked people for their evidence Inquiry has so far seen 230 people infected or affected speak on experiences Fiasco happened in 1970s and 80s after UK struggled to keep up with demand

The Infected Blood Inquiry has reached a ‘significant milestone’ after it heard from the last of 30 victims infected with HIV and hepatitis C through contaminated blood products.

Theresa May, the then-prime minister, announced the inquiry in 2017, which began in 2018 and is due to conclude next year.

Chairman of the probe Sir Brian Langstaff today said: ‘We’ve reached another significant milestone for this inquiry’ after hearing about experiences of people recently diagnosed with hepatitis C.

The inquiry has so far seen 230 people infected or affected giving evidence in person while around 3,500 have given written statements or spoken about what happened to them.

The fiasco happened in the 1970s and 80s after the UK struggled to keep up with demand for treatments tackling the blood-clotting condition haemophilia and other bleeding disorders, and began importing infected products from overseas. 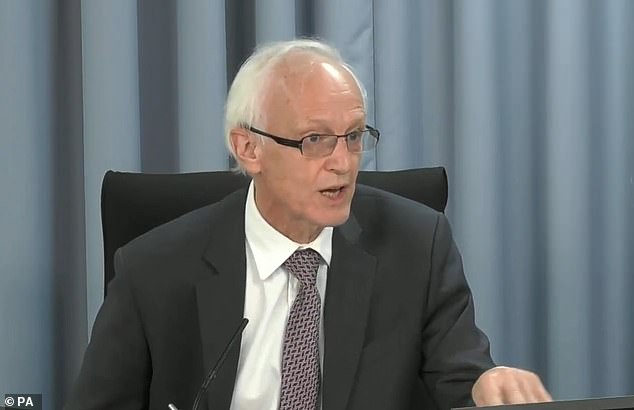 Families and patients involved in the inquiry have given emotional evidence.

They have detailed being kept in the dark about the risk of HIV infection among haemophiliac patients, having to keep their diagnoses private through fear of vilification at the time of the Aids crisis, and living with the physical effects of HIV.

Elsewhere, some others accused the Government of a cover-up amid allegations of inappropriate treatment given to patients, tests being done on people without their knowledge, and the results being withheld for several years.

The inquiry today heard from Wendy Woods, who was diagnosed with hepatitis C after being infected through a contaminated blood transfusion while giving birth in 1981.

She said: ‘I haven’t got a lot of faith in doctors really and, truly, if I go to the doctors now I don’t go away feeling confident.’

Robert Ellinor, who had surgery as a child in 1973 which required blood transfusions, before being diagnosed with the virus in 2017 told of losing a ‘ridiculous’ amount of weight. 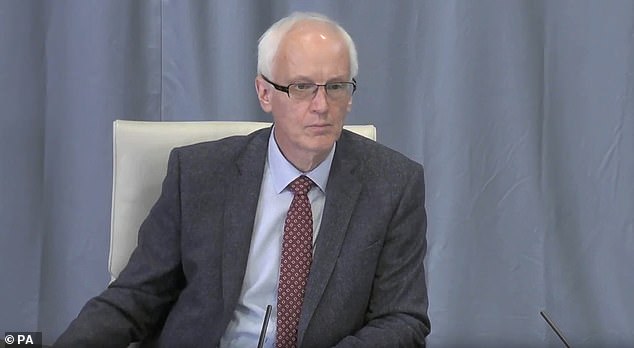 Addressing those who have given evidence, Sir Brian, pictured in 2019, went on: ‘I’d like to recognise you for the contributions and to thank those who have enabled them to be made’

The fiasco has meant that around 2,400 people have died in what was called the worst treatment disaster in the history of the NHS.

Sir Brian said: ‘I promised from the outset that this inquiry would begin and end its oral evidence about what happened and why with a testimony of people infected and affected, that promise has been honoured.

‘In my view, that has proved to be the right thing to do for this inquiry and no-one who’s heard the evidence could fail to appreciate the importance of what we’ve heard.’

Addressing those who have given evidence, he went on: ‘I’d like to recognise you for the contributions and to thank those who have enabled them to be made.

‘Each of you has helped to place another piece in the jigsaw puzzle about what happened and why.

‘Sometimes with testimony that has cast light where no other documents or witnesses are available and often by providing depth and definition on experiences common to far too many families across the four countries of the United Kingdom.’

Those in the public gallery applauded him after he thanked them for their attendance during the proceedings.