Greenside Cricket Club is one of 65 venues across the borough of Gateshead that have signed up to be "warm spaces" for people - similar schemes have been set up all over the UK sometimes with different names but all doing the same sort of thing.


“It’s Victorian isn’t it?” asks Hannay Reay as she contemplates just what they are doing.

She’s sprucing up the players’ lounge her son uses in the summer as a player at their local cricket club so it can be used as a “warm space” this winter – offering locals somewhere to go if they can’t afford to heat their homes. 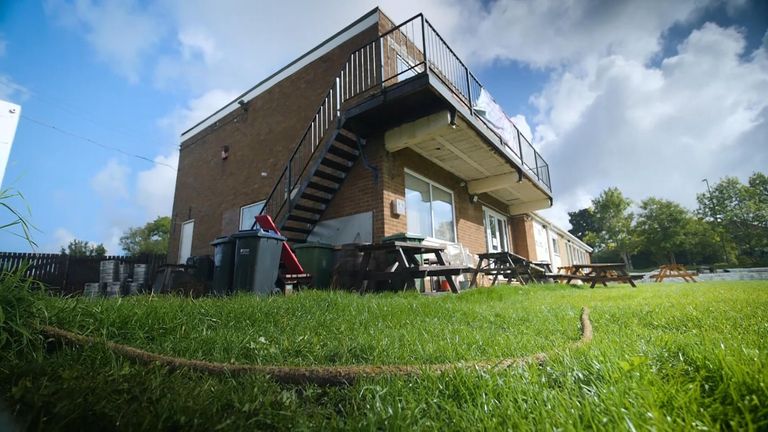 She’s wiping down the tables, checking how the portable smart thermostat actually works and planning out how they can make it a practical useful space for people.

“We’ll have games and books, it’s somewhere to charge your phone and a place where everyone will be respected – we just want to be here for people, with a cuppa and a slice of cake,” added Hannah.

Greenside Cricket Club is one of 65 venues across the borough of Gateshead that have signed up to be “warm spaces” for people – similar schemes have been set up all over the UK sometimes with different names but all doing the same sort of thing.

It’s communities and local authorities trying to mitigate just one of the financial dilemmas so many people are facing.

Churches, community centres and sports clubs have all signed up – discussions are even ongoing with the fire service in Tyne & Wear to see if their buildings can be used too.

‘It’s getting a bit ridiculous’

Greenside Cricket Club also doubles up as a weekly food market that Hannah and her cheerful Pickle Palace team were already running. They make pickles too, hence the name.

At their market, people can fill a bag with groceries after paying the £3 entrance fee.

Mum of two Jess is a regular at the market with her seven-month-old daughter, she can’t quite believe how far people are being pushed towards poverty through no fault of their own.

“I think the fact that people are going to have to come here to sit to be warm, I mean come on it is getting a bit ridiculous, isn’t it?

“I think the government need to pull their finger out and do something about it.”

Liz Truss’ government has already intervened by limiting the impact of rising energy bills for households from 1 October – there are also various energy discount schemes. Image: Hannah is helping spruce up the lounge to become a “warm space”

The reality for so many families though is that it isn’t enough. Inflation, rising interest rates, petrol and diesel – everything is costing more than it did last year.

For many families budgets are so tight and so uncertain that the UK government’s help is negligible.

Two in three households to be struggling by January

Citizen’s Advice has told Sky News they expect two in every three households to be struggling to meet essential household bills by January.

Alison Dunn of Citizens Advice Gateshead told Sky News: “That’s a terrible number. It equates to something like 24 million households.

“As a network, we are expecting a tsunami of demand through our door.”

While they do their best to help everyone Citizens Advice in this part of the North East of England have their own volunteers telling them they won’t be able to continue working for them because they are having to cut their home broadband off to save money.

Read more:
How much will my bills increase now the energy price cap comes into effect
Fiscal watchdog to give initial forecast on mini-budget
Will the housing market crash? Is my pension safe? Your questions answered 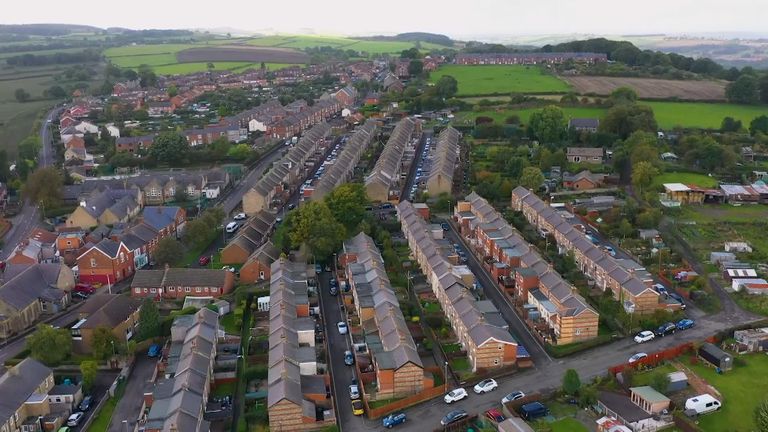 Image: Gateshead is one of many places starting a warm spaces scheme

National Energy Action, which works to eradicate fuel poverty across England, Wales and Northern Ireland, said that the government interventions that have just come into effect won’t make enough of a difference.

NEA’s director of policy Peter Smith said: “It’s sadly not surprising that people are being driven to this.

“Low-income households already finding it impossible to pay for their energy will be pushed into desperate coping tactics such as going elsewhere for warmth.

“And even if they don’t use any of their own energy, they will still be spending money and going further into debt as a result of the standing charge. Low-income households need further targeted support from the government if they are to stay afloat this winter.”

The problem that they have at Greenside Cricket Club – and at every other venue that has signed up to be a “warm space” – is that people will visit and then leave – often heading back to cold homes where sometimes there won’t be enough food.

People want their own warm spaces in their own homes. In Greenside they don’t think that’s too much to expect.

Ford recalls 634,000 SUVs due to fuel leaks and fire risk

2023 Ford Bronco Ordering: Beware of This Glitch That Could Leave You Without an Auxiliary Switch

Does the World Need an Electric Ford Maverick?

Ford is moving quickly to electrify its fleet. Buzz-worthy new Ford EVs include the F-150 Lightning and the Mustang Mach-E. But Ford didn’t just take the plunge into EVs without first manufacturing hybrids. In fact, there are several popular Ford models that you may be surprised have hybrid variants. 1.   ...

Workmanship was nothing to complain about, they were at it by the book and to the point. However, people like us, who pamper their stuff would always find things to dislike. BHPian NaXal recently shared this with other enthusiasts. Hello, As winter is approaching, I have few long drives ...

It’s a little hard to believe, but Americans are actually interested in small pickup trucks again. Models like the Ford Maverick and Hyundai Santa Cruz have been selling like hotcakes. But, for Q3, the Maverick beats the Santa Cruz in one key area. And that area is sales.  Is the ...

Probably the most interesting event in the 1980 model year was the development of the M81 McLaren Mustang. Whether it is really a 1980 or 1981 may be up to argument. The fact, is however that the concept that started in the spring of 1980, led to the formation of  Special Vehicle ...

The car has hardly given me any troubles. In the initial years, service was a breeze. If something broke it would get fixed under warranty. BHPian yashg recently shared this with other enthusiasts. My Ford Figo Aspire petrol automatic is completing 7 years. Purchased in November 2015. Specifications: Trim: ...


View more: My Ford Aspire petrol AT: How its going after 7 years of ownership

Ford F-150 Lightning front low Image Credit: James Riswick The finalists for the 2023 North American Car, Truck and Utility Vehicle of the Year Awards were announced Thursday at the L.A. Auto Show. The Acura Integra, Genesis G80 EV and Nissan Z made the cut in the car category. ...

AA DRIVEN COTY: The best utes and vans of the year

If You Think The Ford Ranger Couldn't Get Even More Premium, They Come Up With The 2023 Ranger Platinum

Lucid’s Cheaper Sedan EV Might Debut This 2025 — More Affordable than the Pure Variant?

The Ford Ranger Raptor Has a Ridiculous Wait Time

5 Popular Brands With the Most Expensive 10-Year Maintenance

‘I pulled his ass’: Billie Eilish discusses how she ‘locked down’ boyfriend Jesse Rutherford

Billie Eilish, 20, gushes about her boyfriend Jesse Rutherford, 31, as she talks about new romance for the first time: 'I locked that motherf**ker down!'

The Best Small SUV For Driving in Snow Is Affordable, According to iSeeCars