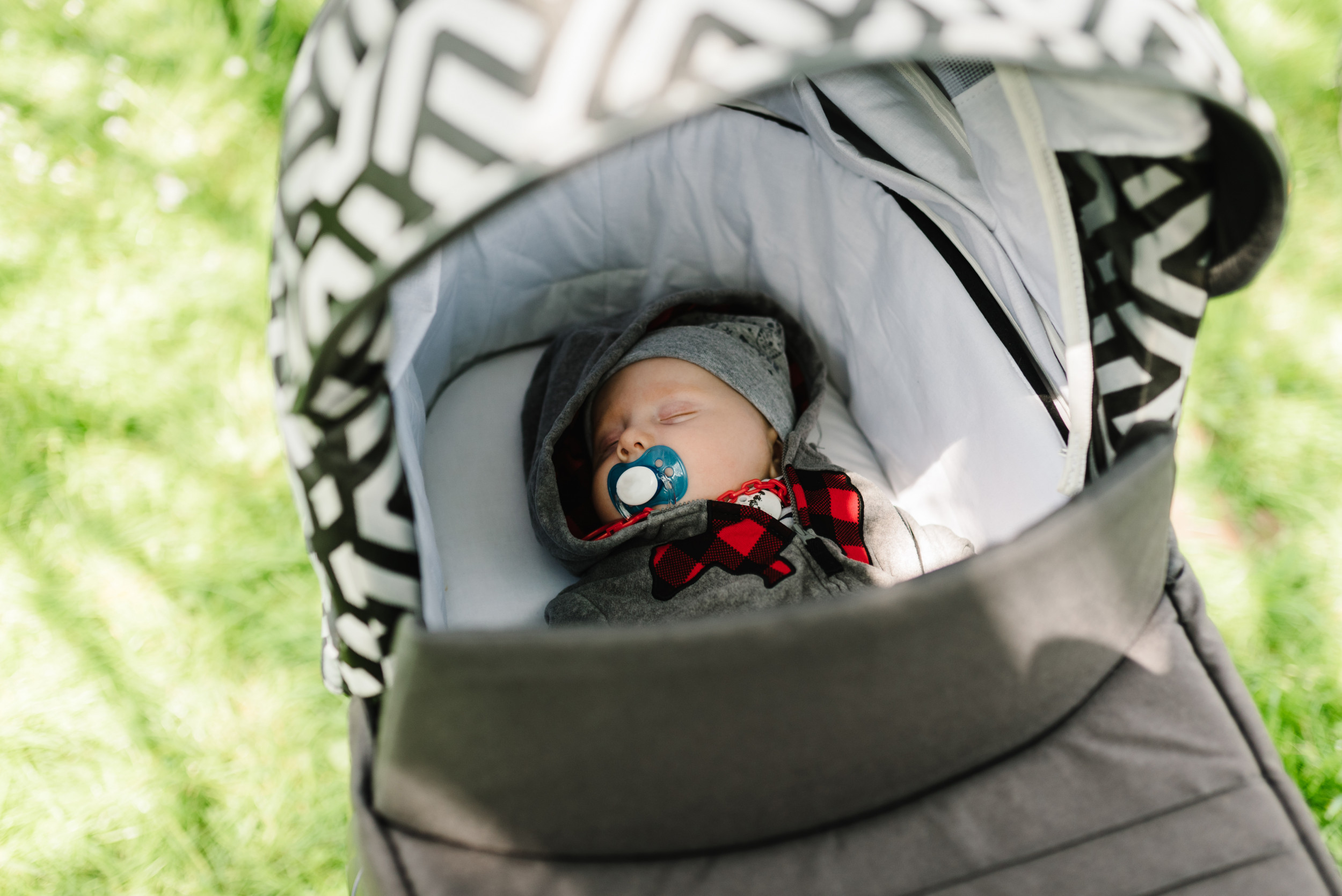 Above, a stock image of a baby sleeping in a stroller. A woman shared a video in which she discussed the practice of leaving a baby alone to sleep in a stroller outside.

A mother shared in a viral video explaining that the Danish practice of having babies sleep outside in their strollers is not only the cultural norm but recommended by midwives and baby nurses.

Posted by TikTok user @annieineventyrland, the video amassed more than 12 million views as she discussed the benefits of having babies sleep outside. Sometimes, she said, the baby is left in the stroller alone outside with a baby monitor while the parent runs errands or goes into a café.

Time spent outdoors may be one way to ensure a good night’s sleep for a baby, but the Mayo Clinic had a few other recommendations, including developing a schedule and following a consistent bedtime routine.

“Overstimulation in the evening can make it difficult for your baby to settle to sleep,” the organization said. “Try bathing, cuddling, singing, playing quiet music or reading, with a clearly defined endpoint when you leave the room. Begin these activities before your baby is overtired in a quiet, softly lit room.”

Parents are also advised to put a baby to bed drowsy, but awake. This practice will allow a baby to associate their bed with the process of falling asleep.

“Fresh air is said to keep babies healthy and help them sleep better, and napping your baby outside is done in all sorts of weather,” @annieineventyrland said in her video.

The baby’s body temperature is regulated thanks to light wool clothing and a down duvet.

TikToker @annieineventyrland said parents who go into a store will keep an eye on the carriage while completing their errand, but babies are not often kidnapped.

“No one wants the responsibility of someone else’s kid, especially when our healthcare system does everything they can to help everyone who wants their own for little to no cost,” she said.

TikToker @annieineventyrland added that she has her own baby sleep outside in her stroller while they are at home.

“It’s for her to get the benefits of fresh air,” she said. “It’s her most familiar sleeping surface at this point, and I love that if my family and I ever want to go somewhere while she’s napping, we’re never stuck at home.”

Though a cultural norm in Denmark, many TikTok viewers flocked to the comments section and voiced their surprise.

“It sure sounds crazy—but if it works in your country I agree with the benefits of it,” a viewer wrote.

“Imagine feeling this safe in a country,” another viewer commented.

“Wow that’s amazing…In our country we’d go [to] jail if we did this,” one viewer wrote.

“Love this! But I’m in Perth, Aust[ralia] and even if it was safe from kidnappers, [I’d] be worried they’d get too hot,” a comment read.

SUBSCRIBE TO THE PARTING SHOT WITH H. ALAN SCOTT

ON APPLE PODCASTS OR SPOTIFY

Some voiced their appreciation for the practice.

“I feel like safely having the ability to walk away from your child when needed and do public/adult things would make better parents,” a viewer said.

One viewer said the practice is common where they live in Sweden.

“Some of our preschools even let the kids sleep outside,” they wrote.

A woman posted a video in which she called for parents to stop bringing crying babies on flights, sparking a debate among viewers.

One woman’s video went viral after she revealed how a mother was able to tell her triplets apart. Another mother was supported for going out for an hour without her baby.