NASSAU, Bahamas — In the fall, as he was about to play in his first Presidents Cup, Max Homa hatched an idea.

Homa had not yet gotten to know Cameron Young, the PGA Tour Rookie of the Year last season with a remarkable rise to elite status and such a short time removed from having zero status on any pro tour. Young is super-introverted, so Homa decided he was going to make his business to get to know the stoic 25-year-old from Westchester.

“I kind of started with the idea that I wanted to crack him to see what his personality is about,’’ Homa told The Post. “And the next thing I know, we just became, like, friends. He’s a very stoic guy, but he’s got a great personality.’’

Full disclosure: When I covered U.S. Open sectional qualifiers over the years and came across Young a number of times when he was in contention, I was always taken aback by how joyless he seemed. With his father, David, the long-time head pro at Sleepy Hollow Country Club, where Cameron was fortunate enough to grow up learning the game, I typecast him as a spoiled country club kid.

Homa has never “cracked’’ Young and nor have I, but we’ve both come to a similar conclusion: He’s is an old soul, a deep-thinking person who happens to not be very outgoing but is freaking good at golf.

Fewer than two years ago, Young couldn’t get a tee time on the Korn Ferry Tour — or any tour, for that matter. Now, he’s ranked 18th in the world and is among the elite 20 players at Tiger Woods’ Hero World Challenge this week, opening Thursday’s first round at 1-under, two shots off the lead. 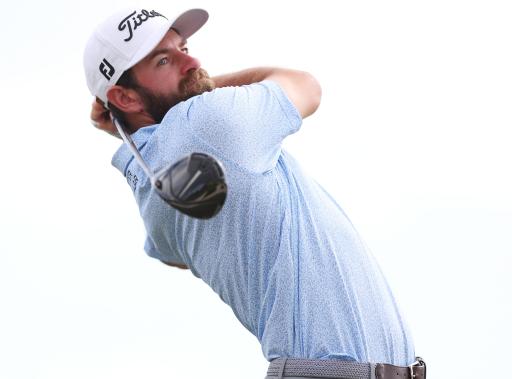 This only months after Young played on the U.S. Presidents Cup team following a remarkable year in which he had five runner-up finishes, shattered the PGA Tour record for most money earned by a rookie at $6.5 million and nearly won the PGA Championship and the British Open.

It’s all been a big jump, and Young knows it.

While walking with him at the Hero pro-am Wednesday, I asked Young what he was most proud of from his rookie season.

“I think I handled the change in status pretty well,’’ he said. “I still struggle to think of myself as someone who’s out here with all these guys. Like in Presidents Cup, I struggled to think that I fit in with that room of guys because they’re all major champions, multiple winners. Obviously, I’m none of those things.

“But I think I kept my wits about me trying to do what I do, regardless of if no one had ever heard of me or I was named Rookie of the Year.’’

Young said being at events like the Presidents Cup and this week at the Hero “helps because I get to spend some time with guys that I’ve looked up to for a long time.’’

The thing about how good Young became so quickly is this: Those guys to whom he referred have been looking up at him and marveling. 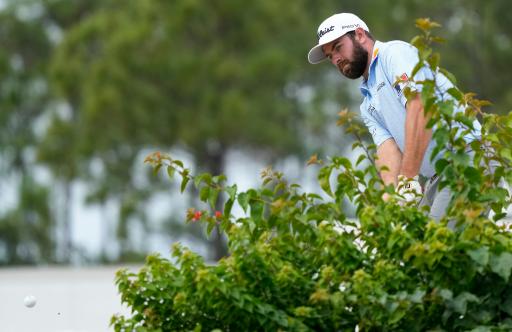 Cameron Young chips onto the third green during the first round of the Hero Word Challenge.

After Billy Horschel played two rounds with Young at the Honda Classic in March, he took to Twitter and, in a totally unsolicited post, gave him a glowing shout-out.

“Just watching him, I felt like he’s got the potential to be a global superstar who’s going to win majors,’’ Horschel told The Post. “Honestly, he could have walked away with two or three majors last year.’’

Justin Thomas, one of the best players in the world, saw Young up close while playing in the final group with him last year in the Genesis at Riviera, one of Young’s five runner-up finishes last season.

“I knew he was a rookie and never met him, never played with him, and I remember the first hole he hit in the front bunker in two,’’ Thomas recalled. “I remember thinking, ‘For a rookie, final group of a big event, this is about the worst start you could think of.’ He hit that one out to about 12 feet and made it for par. I remember kind of thinking like, ‘Oh, wow, that’s pretty impressive.’

“A couple holes go by, he makes another birdie, and all of a sudden we’re on 14, and he’s like two [shots] back. I just looked at Bones [Mackay, Thomas’ caddie], and I’m like, ‘This kid’s really good. He’s handled this moment unbelievably.’ And he continued to do that the rest of the year. I think he’s going to have an unbelievable career.’’

Young’s career, though still in its infancy, is still missing that first victory. For all the great things he did last season, he never crossed the finish line first. That, Young insists, is not something he’s obsessing about.

“As often as he came close last year, he believes that, sooner or later, it’s just a matter of time until one of those weeks is his,’’ Young’s father and coach David told The Post. “On the other hand, he’s anxious to get that over with and sort of get on with that and not have than hanging over him. It does weigh on you out here. Until you win, you really don’t feel like you’re really part of the upper crust until you start winning.’’

Not long ago, Scottie Scheffler was the hottest player in the world but didn’t have a win. Now, he’s won four times and is a Masters champion.

Though you might not see it from the even-keel expression on his face, Young does have a pulse. He recalled calling his manager after his second-place finish at Sanderson Farms last year and being “pissed that I lost.’’

“He told me, ‘Call me back in 24 hours, and you’ll realize just how much good you’ve done for yourself,’ ’’ Young said.

That indeed began a life-changing chain reaction. His runner-up finish at the Sanderson Farms earned him a spot at Genesis, where his second-place finish there boosted his world ranking to 55th and got him into the Match Play, inching him closer to getting into the Masters.

And now, here we are.