The Independent Office for Police Conduct has confirmed it is "gathering evidence" into exactly what happened at the house in the small, rural village of Wick St Lawrence. 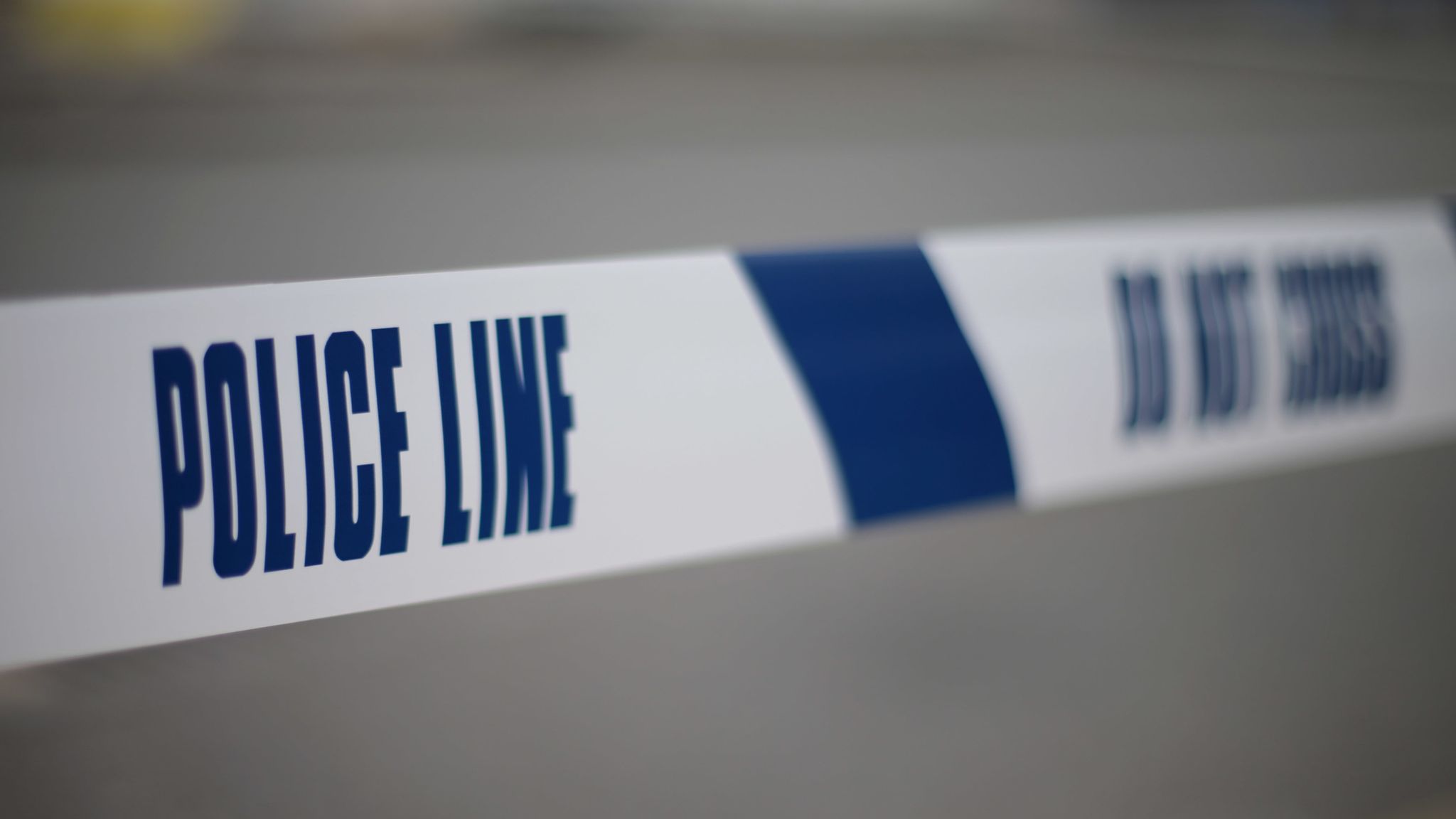 An investigation is under way after a man was left in a critical condition after being shot by police.

The incident happened around 11.30am on Monday, when officers went to a house on Wick Road, Wick St Lawrence, just north of Weston-super-Mare, as part of an investigation into possible firearms offences.

Avon and Somerset Police said the man, who is in his 30s, was taken to Southmead Hospital in Bristol, where he is in a critical but stable condition.

The Independent Office for Police Conduct (IOPC) has confirmed it is now looking into what happened.

A statement said: “After being informed of the incident by Avon and Somerset Police, we sent investigators to the scene and to the post-incident procedure, to begin our enquiries and start gathering evidence.”

Chief Inspector Adam O’Loughlin said the man’s next of kin had been informed.

“We understand the local community will be shocked and people will want to know what happened,” Chief Insp O’Loughlin said.

“We are committed to being open and transparent and will fully co-operate with the IOPC.

“Our thoughts are with the man and his family as he continues to receive treatment at hospital.”

Wick St Lawrence is a small village that comes under the unitary authority of North Somerset with a population of just over 1,300.

The magic $25 'pen' that can sharpen your eyeliner, remove mascara smudges and lipstick bleeds: 'It's such a handy little device'

Video: Gwyneth Paltrow puts on a leggy display as she models winter items from her brand Goop... after London store closes for good due to £1.4million loss

The new queen bee WAG! Nathan Lyon's new wife Emma McCarthy ensures all eyes are on her at the Australian Cricket Awards as she shows off her cleavage in a sexy gown

Migrants are KICKED OUT of Manhattan hotel and sent to Brooklyn ferry terminal, where NYC Mayor Eric Adams has ordered construction of emergency shelter

British tourist slams Australia as 'just too nice to live in', complains he is not as good looking Down Under as he is in London and blasts the country for its 'trivial inconveniences'... and Aussies aren't happy

'She is embedded in the tapestry that is pop culture': Lisa Loring, the original Wednesday Addams, dies at 64 following 'a massive stroke'

Make credit cards work for you without getting yourself into debt

EXCLUSIVE: From 'you look stunning' to allegedly being tortured with a jet flame: Details emerge about hairdresser and her boyfriend's case as photos emerge of inside the unit where man was found dead

Surgeon General Vivek Murthy warns 13 is far too young for children to sign up to social media sites, and says they should be banned from the likes of TikTok and Instagram until they're 16, 17 or 18

Kevin Bacon, 64, and daughter Sosie, 30, show off chemistry and comedy chops as they star together in new Hyundai commercial

Scots should brace themselves for blustery conditions as 80mph are set to blow across the country next week. The Met Office have issued a yellow wind warning for the whole of Scotland that is predicted to start from Tuesday evening, January 31, lasting until Wednesday morning. Sunday will see cloudy ...


View more: Scotland to be hit with 'danger to life' 80mph winds next week as warning issued

Aberdeen pulled the trigger on Jim Goodwin after another humiliating 90 minutes against Hibs. And Willie Collum was in the firing line with Hotline callers for what they reckon was an embarrassing performance as Nicky Clark was sent off and Ryan Jack escaped a red in Rangers’ win over St ...

How Test cricketer Stuart MacGill allegedly screamed 'you're going down' at his best mate's ex-girlfriend extraordinary foul-mouthed spray: 'His face was red, his pupils were scary'


View more: How Test cricketer Stuart MacGill allegedly screamed 'you're going down' at his best mate's ex-girlfriend extraordinary foul-mouthed spray: 'His face was red, his pupils were scary'

Hundreds of people in loud voice and good spirits packed St Peter’s Square this afternoon to protest against the UK Government’s decision to block Scotland’s Gender Recognition Reform (Scotland) Bill earlier this month. The bill would have meant the age someone could legally change their gender in Scotland would be ...

Retired bookie Hugh King A high profile Glasgow businessman has been made bankrupt by his bookmaker nephew over an unpaid £400,000 loan. Retired Hugh King failed to repay the money three years after Billy King Jr loaned it to him on the understanding it would be returned months later, ...

Kathleen McDonald has been issued with a two year warning A Glasgow care worker took a picture of a sleeping resident and shared it on Snapchat for a laugh. Kathleen McDonald failed to even apologise when her shameful actions came to light. Care watchdog the Scottish Social Services Council ...

Some residents remain frustrated by traffic congestion around the area, made popular by Amazon show ‘Clarkson’s Farm’ Jeremy Clarkson has admitted he is yet to win over a number of his neighbours in the Cotswolds, who remain unhappy with his running of Diddly Squat Farm and shop. The 62-year-old ...

WSU frat boy, 19, is found dead in his dorm just 10 miles from scene of Idaho quadruple murders, as online petition claims he died after extreme hazing

EXCLUSIVE: Shock as the ABC sensationally claims Taylor Swift is NOT actually banned from the triple j Hottest 100 - after she was controversially 'disqualified' years ago

Woman hid more than £1,000 of crack inside her body

Firebrand Dem. Rep Maxine Waters dismisses Kyrsten Sinema as 'that woman from Arizona' while slamming her for failing to back police reform after Tyre Nichols' murder: Protests continue across the US

'Burrowhead my a**!': Chiefs' Travis Kelce mocks the Bengals as Kansas City books trip to the Super Bowl... before taking aim at the Cincinnati mayor and screaming 'know yo' role and shut yo' mouth' after his week of trash-talking in the build-up to game

Nanny, 23, who was paid $200 of pocket money a month from the age of eight reveals why it was a brilliant idea - and urges all parents to do the same

Should I stop giving my husband 10% of my tax allowance after the state pension rises in April? Steve Webb replies

Video: Kourtney Kardashian does her morning Pilates in skintight pink SKIMS pajamas and shows off her impressive technique

Enraging moment delinquent teen vandals destroy local business' $2.4million crane and boast about it online: 'Because we can'

Biggest day of strikes in a decade will see up to 500,000 teachers, train drivers and civil servants walk out

Jim Chalmers' takes time out from Australia's economy to pen 6,000-word essay on how he'll 'remake capitalism' - but finds the space to take a bizarre shot at Josh Frydenberg

More people out of work due to long-term sickness, study suggests

Gwyneth Paltrow puts on a leggy display as she models winter items from her brand Goop... after London store closes for good due to £1.4million loss

Rita Ora stays comfortable in an oversized coat while jetting from JFK Airport in New York City... just two days after releasing her new single You Only Love Me

Cops reveal who they're looking for after boy was abducted off the street by strangers while walking home: 'Do you want to come for a ride?'

Parents with 'bigger' kids are now being charged DOUBLE for school uniforms as clothing suppliers defend the brutal tax: 'The material costs twice as much'

Video: 'One of the most exciting things I've EVER seen!': Ryan Reynolds shares joy at Wrexham's FA Cup draw with Sheffield United... as the Hollywood actor goes through a rollercoaster of emotions in the stands during the tie

Norovirus symptoms to watch out for as serious infections double

Drake FINALLY picks a winner: Canadian rapper successfully wagers $1million on the Chiefs to beat Bengals for AFC title after a string of costly misfires in soccer, boxing and MMA

Comedian Rickey Smiley reveals his eldest son Brandon has passed away at the age of 32: 'Life comes with a whole bunch of twists and turns'

Is this the REAL issue with the economy, Jim? Treasurer uses a 6,000-word essay about how he will 'remake capitalism' to launch a bizarre attack on Josh Frydenberg about YOGA

Married At First Sight SPOILER: Explosive fights, partner-swapping, a mega villain and the brides and grooms you need to watch - here's everything you need to know about the wild new season

When did Australia last tour India for a Test cricket series?

The one VERY surprising features of ALL unhappy couples' love-life: 'They have no interest in this and it's alarming'

'It's a relief': How the ABs 7s stunned RSA in Cup final

Behind the scenes of The Last of Us episode three, being hailed as one of the best ever hours of television

Therapist names the one VERY unexpected thing unhappy couples have in common: 'Some have no interest in this and it's alarming'

The brides stripped bare! Meet the MAFS stars who put Jessika Power and Tamara Djordjevic to shame with their VERY raunchy Instagram photos

Video: Furious Kyle Sandilands unleashes on Channel 10 for letting two Bachelors bail on a radio interview the day after the finale: 'Don't pay them'