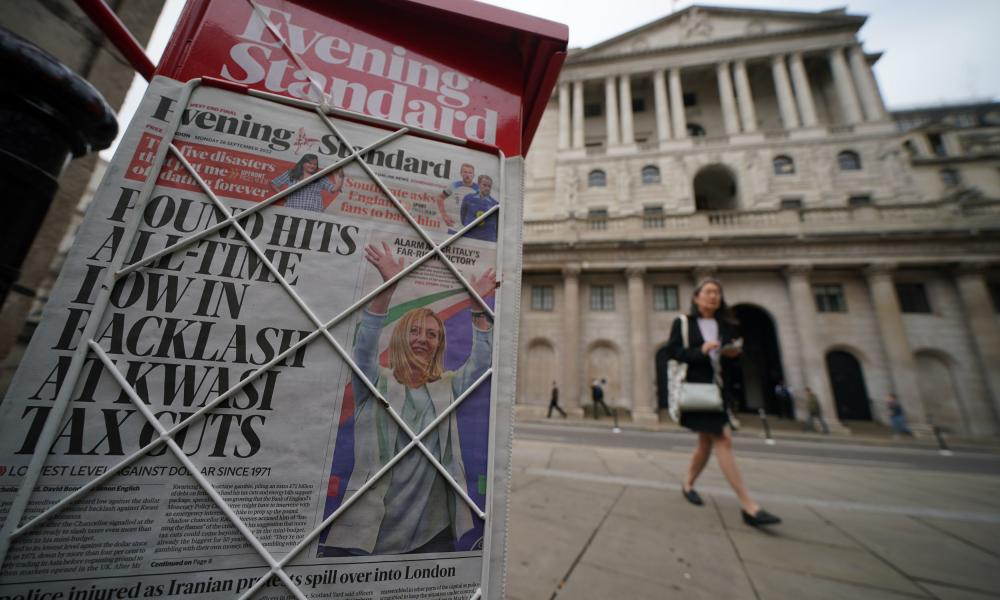 The financial turmoil of the past week provoked by the mini-budget has damaged the pensions, Isas and investments of millions of ordinary British households. What impact has it had on your money, and what, if anything, can you do about it?

The blow to Isas and shares

Some individual shares have really cratered over the past year, and many dived further after the budget. Ocado, the online grocery retailer, is down 71% over the year. Persimmon, the housebuilder, is down 55%, M&S is down 49%. However, BP is up 28% and Shell is 36% higher.

Bad luck if you put your Isa money into a bond fund. They are sold as cautious, safe investments. But the ones invested in UK gilts – the bonds issued by the British government – fell by about 12% in just the two days after Kwasi Kwarteng’s mini-budget, and have not recovered since.

The FTSE 250 index, made up of medium-sized companies (retailers, housebuilders, etc) has fared far worse than the FTSE 100. It has slumped by 8% since the budget, and is down by nearly 30% since its peak in September last year.

The most popular fund in the UK for small investors is Fundsmith Equity, which manages about £24bn. Investors have lost about 1% in the past two weeks, and if you invested a year ago you are down 9%. But it is still up 72% over the past five years. Few will want to bail out. 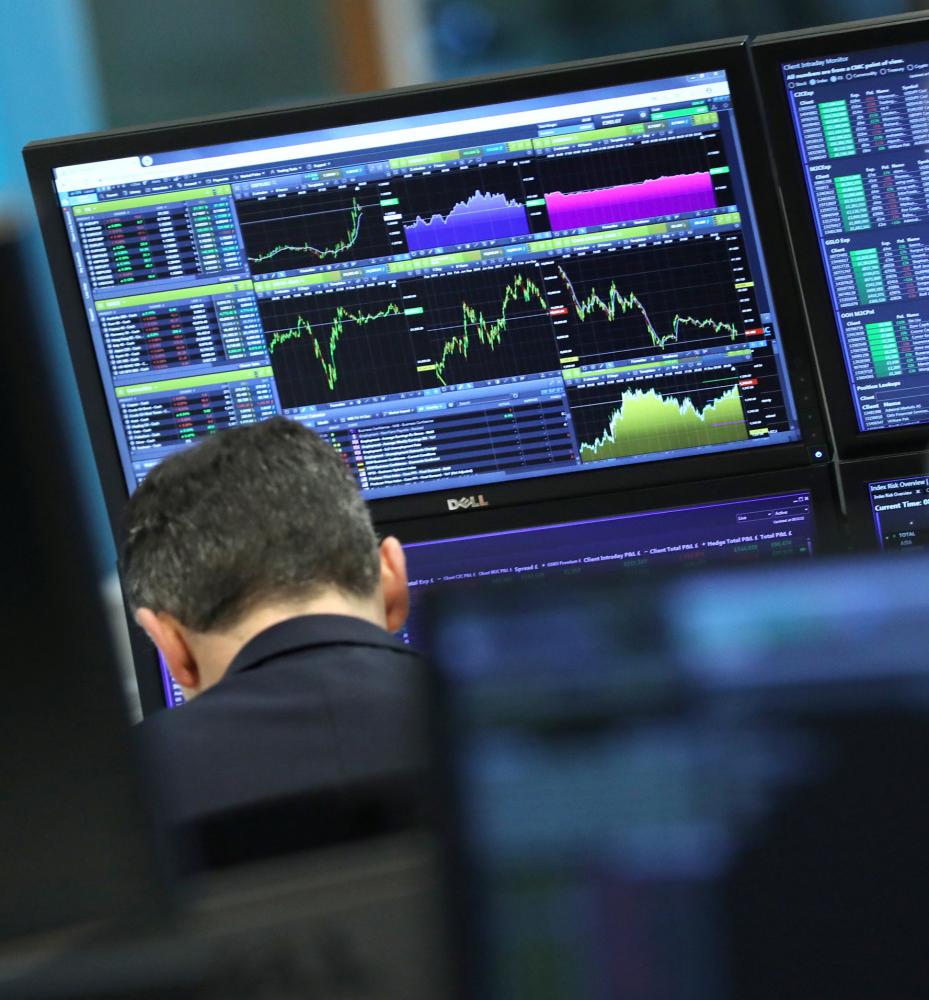 Many shares have dived after the mini-budget. Photograph: Simon Dawson/Reuters

What it means for your pension

Normally pension funds are steadier than the stock (equity) market, as they have a mix of shares, bonds and property. But with bonds doing so badly, they have been hit, too. For example, Legal & General’s standard pension fund invested on behalf of lots of UK employers has lost about a tenth of its value over the past six months.

You have little to worry about if you have a final salary-style pension, where what you get is related to how much you earn. But they are mostly limited to the public sector now.

Yes, there is some. The proportion of your pension fund invested in UK shares and bonds is far below where it was a generation ago. Microsoft, Apple, Nestlé and Samsung are likely to feature more highly in your pension than most British companies.

Wall Street has fallen, too, but because the dollar has risen so far against the pound, the impact for us has been minimal. As Jason Hollands of Bestinvest points out, in sterling terms the S&P 500 index of giant US firms is only down by about 3.8% since the start of the year.

The big FTSE 100 UK companies – such as BP and Shell – make most of their money outside Britain. They report their profits in dollars, which may translate into a bonanza in sterling terms.

What you can do now

Doing nothing is not a bad option. In late February 2020, when the coronavirus pandemic struck, the FTSE 100 slumped from 7,450 to 5,190 in a matter of days – a loss of 30%. But by January 2021 it was back above 7,400. If you are young, you should be able to survive the slings and arrows of outrageous fortune in the markets over the longer term.

The mantra of the UK’s most successful money manager, Terry Smith of Fundsmith, is: “Buy good companies, don’t overpay, do nothing.”

Pay more into your pension

This is almost always a sensible thing to do if you have spare cash, as you get 20-40% tax relief. Your contributions today will be buying shares much more cheaply than a year ago. Ask your company if it has a matching additional voluntary contribution scheme. 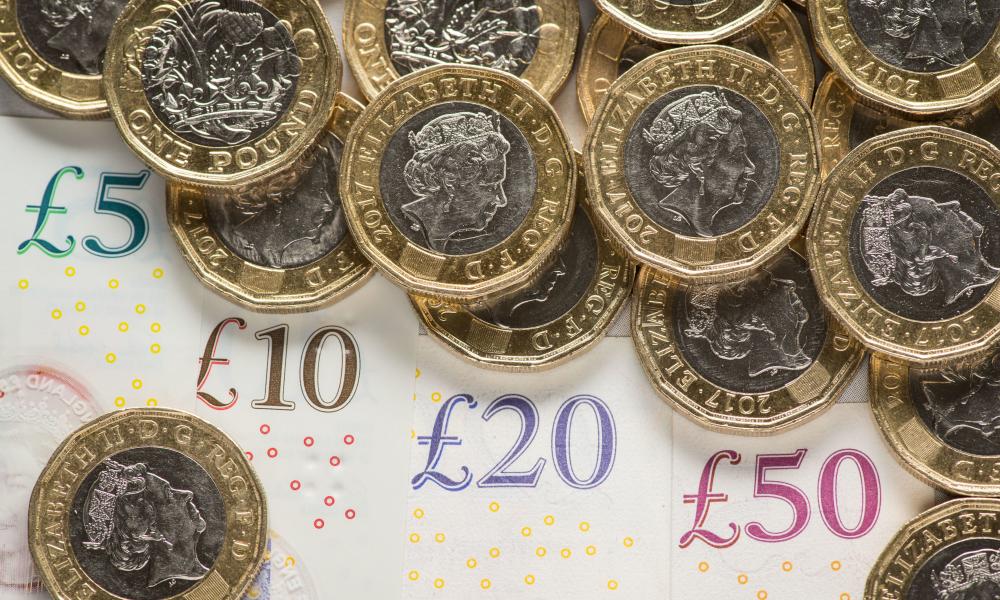 Do you have spare cash to put into your pension? Photograph: Dominic Lipinski/PA

Shift it into cash

Most company pension schemes allow employees to allocate their money between bonds, shares and cash. If you really believe we are heading towards Armageddon, you could put a whole load into cash, but you will be lucky to get more than 0.5% interest within your pension, and if the market moves back up, you will lose out massively.

Usually a safe haven in stormy times, gold has actually been falling. In dollar terms it is currently $1,651 an ounce, down almost 20% since March this year. But in sterling terms it is about £1,505 an ounce, roughly flat over the same time period. That tells you how far sterling has fallen rather than how gold is viewed on world markets. 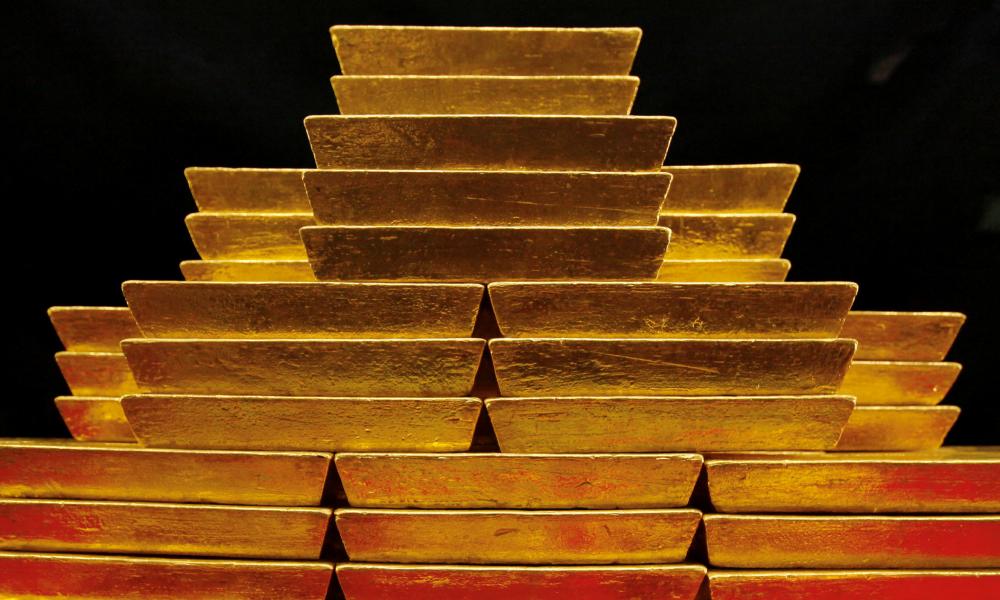 What if I want to make a quick buck?

The FTSE 250 index is cheap by recent standards if you are inclined to take a punt. In Europe, Spain’s Ibex 35 index of its biggest companies has fallen hard, too – down about 30% from where it was in 2018.

A lot of the US tech stocks are down massively: Netflix and Facebook are down about 60% this year, while Amazon and Google are off by about 25-30%. You will be laughing if they bounce back – but not if sterling bounces back, too, wiping out much of your gain.

Want to buy shares or funds online? Read this guide from the Guardian.

• Prices and figures correct at the time of writing on Thursday 29 September.

Amazon shopping has gotten worse and less reliable thanks to ads

Apple's App store has become an ad-infested imitation of its former self, which is not good for iPhone users or developers

Families Of World Cup Team Have Reportedly Been Threatened

Each product has been independently selected by our editorial team. We may receive commissions from some links to products on this page. Promotions are subject to availability and retailer terms. Kate Middleton is often pictured wearing effortless flats or sensible black heels, but we all have that one pair of ...

​A fake Android SMS application, with 100,000 downloads on the Google Play store, has been discovered to secretly act as an SMS relay for an account creation service for sites like Microsoft, Google, Instagram, Telegram, and Facebook. A researcher says the infected devices are then rented out as “virtual ...

Scarlett Johansson and Christy Hall (inset) Monica Schipper/Charley Gallay/Getty Images for Netflix EXCLUSIVE: In her first major foray into television, Scarlett Johansson is set to star in and executive produce Just Cause, a thriller limited series based on John Katzenbach’s 1992 novel. In a very competitive situation, the project, ...

The Microsoft Defender Vulnerability Management service can now assess the firmware security of client devices, a new capability that’s available at the public preview stage, per a Monday announcement. Microsoft Defender Vulnerability Management is itself currently at the public preview stage, as announced back in May. It offers various ...

The program was from a 1924 Sydney Town Hall demonstration (Supplied: Marion Cadman) Robert Laycock was helping renovate a home in a Sydney harbourside suburb when he found rare memorabilia from a 1920s physical culture performance hidden beneath the floor — and several old mortar shells. While the explosive discovery ...

'Been fantastic to us': How whānau living in Australia keep sense of belonging to te ao Māori

Watch: How whānau living in Australia keep sense of belonging to te ao Māori. More than 150,000 Māori have made the move to Australia, but as whānau migrate for a better quality of life and work opportunities, they leave behind their culture and tikanga protocols is the price to ...


View more: 'Been fantastic to us': How whānau living in Australia keep sense of belonging to te ao Māori

Newcastle United defender Sven Botman has appeared to send a message to Eddie Howe by proving his commitment to the club as he keeps himself fit during the World Cup break.  During the summer, the centre-back left French club Lille and joined the Magpies in a deal worth around £35m, signing ...

Top Transformations From Season 4 of Island of Bryan

David Littleproud is a ‘kindergarten kid’ whose Nationals will be ‘left behind’ on voice, Noel Pearson says

Claus von Stauffenberg took a briefcase of explosives into a meeting with Hitler. Then everything went wrong

Collin Gosselin Says He Hasn't Spoken to His Siblings in Years, Shares Emotional Message for Them (Exclusive)

Last Chance To Get Marvel's Spider-Man: Miles Morales For Cheap

Grab Bayonetta 3 For Only $45 At Amazon For Cyber Monday

PS5 Controllers Are Still On Sale For Cyber Monday

The 10 best games on the Nintendo Switch Online Expansion Pack

Grab a Roku Ultra for $32 off Today

What is consciousness, Werner Herzog asks in new film that poses tough questions to scientists about where our thoughts and feelings come from

Microsoft To Reportedly Make Concessions, Including 10-Year Deal With PlayStation, To Get Activision Blizzard Deal Done

The best Cyber Monday 2022 deals for your zodiac sign

Can I eat basil seeds raw? Find out what the experts say