Many holiday shoppers looking to snap up the latest Apple iPhone will have to wait until next year because of shortages caused by violent protests at its main plant in China.

The protests in Zhengzhou — sparked by low pay at the Taiwan-owned Foxconn plant and China’s draconian COVID lockdown measures — have resulted in the loss of production of nearly six million fewer iPhone Pros, according to experts.

“Apple is essentially caught in the cross-fire heading into the all-important Christmas time period,” said Wedbush analyst Dan Ives in a note to clients. “We estimate that Apple now has significant iPhone shortages that could take off roughly at least 5% of units in the quarter and potentially up to 10% depending on the next few weeks in China around Foxconn production and protests.”

Production of iPhones could be hampered even further if China’s COVID-19 lockdowns continue in the weeks ahead, Bloomberg reported, citing a source familiar with the matter. Foxconn’s plant is Apple’s key source for the premium iPhone 14 Pro and Pro Max models – both of which are hot items this year.

Apple shares fell more than 2% in trading Monday on the news of the iPhone production shortfall. The company’s stock is down about 20% so far this year. 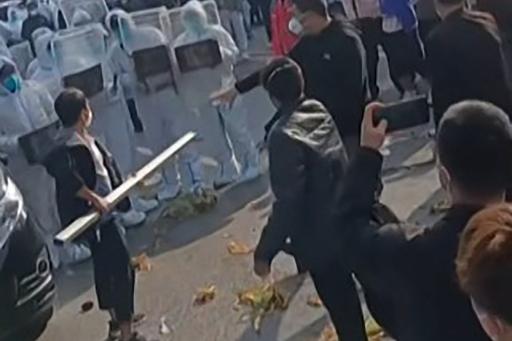 China’s controversial “Covid Zero” policy is already causing “major iPhone 14 Pro shortages” at Apple stores heading into December, Ives said. He added that Apple is “extremely limited in their options for holiday season” due to the production standstill in China.

A source told Bloomberg that Apple and Foxconn expect to make up for the production losses in 2023. 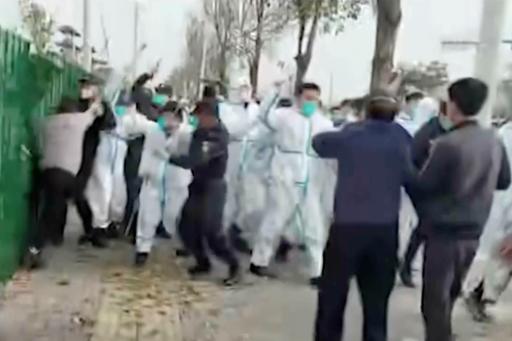 Workers at the Apple plant have violently clashed with security in recent days.

Protests against the “Covid Zero” policies implemented by President Xi Jinping have spread throughout the country, with students in Beijing among those who took to the streets to demand an end to lockdowns.

The Zhengzhou plant has been a site of continued unrest in recent months, with thousands of workers fleeing the facility last month due to unsafe working conditions. Replacement workers have pushed for better pay and an end to restrictive quarantine measures. 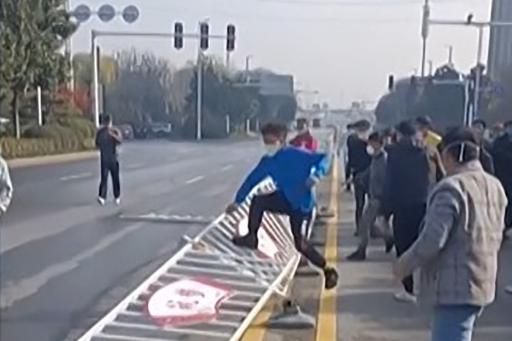 Apple acknowledged earlier in the month that issues in Zhengzhou would hamper its production goals, though the company did not provide the scope of the issue. 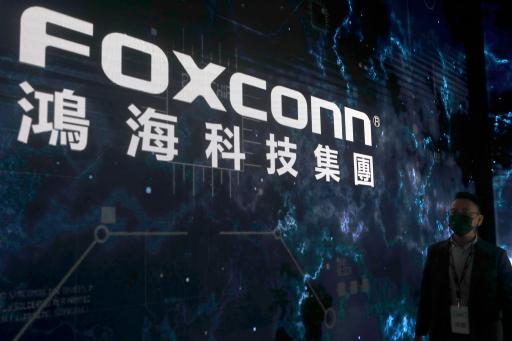 “The facility is currently operating at significantly reduced capacity,” Apple said in a statement.

Gen Z obsessed with old-fashioned flip phones from the 2000s: ‘I think that era was fun’

Replacing the battery of your iPhone, iPad, and Mac will get more expensive

Change the iPhone system font with this iOS 16 exploit

These are the most underrated iPhone camera features

One of the main features of the iPhone 15 Pro Max/Ultra this year is a new periscope lens. According to rumors, this camera upgrade will be exclusive to the larger model, bringing a differentiation between Pro versions for the first time since the iPhone 12 Pro and iPhone 12 ...

Fallen skiers and snowboarders are setting off iPhone’s crash detection feature. Paul Martinka It’s a slippery slope. Apple’s new, overly-sensitive iPhone 14 and 14 Pro models and three Apple Watch editions are made to alert authorities when its owner gets into a serious accident — but are now dialing ...

Apple Fitness Plus is a great service to stay in shape, as it provides a growing list of workouts you can do from the comfort of your home. But not all iPhone and Apple Watch users are interested in becoming Fitness Plus subscribers. Yet Apple will periodically nudge them to ...


View more: How to stop Fitness+ sign-up ads on your Apple Watch and iPhone

Some iPhone 14 Pro and iPhone 14 Pro Max users took to social media and Apple’s support forums before Christmas to report an annoying bug: the iPhone screen would show horizontal lines when waking up. The concern was that the screen might be faulty. But some iPhone 14 Pro ...

Apple CEO Tim Cook voluntarily took a 40% pay cut this year in response to shareholder backlash over his 2022 pay, but don’t feel too sorry for him. Cook, whose net worth was calculated by Forbes to be around $1.7 billion, will take home $49 million in total compensation in ...

The Chinese New Year is on January 22nd. To celebrate the Year of the Rabbit, Apple published a Shot on iPhone 14 Pro campaign that tells the story of a young man, his love for opera, and the spirit of persistence. The almost 18-minute video is shot on the ...

If you purchase an independently reviewed product or service through a link on our website, BGR may receive an affiliate commission. Kuo: iPhone 15 Pro models to remove all physical buttons for haptic engine iPhone 14 Pro in Space Black Analyst Ming-Chi Kuo says iPhone 15 Pro models will feature ...

Apple to apply same display design for all iPhone 15 models

Another day, another publication confirms that all upcoming iPhone 15 models will feature the same display design. After five years of a notch on the screen, The Elec says the Dynamic Island is coming to all new iPhone models launching late this year. According to the publication, all four ...

Apple developing its own Bluetooth and Wi-Fi chip, custom 5G modem for iPhone in the works

Report: All iPhone 15 models will feature the Dynamic Island

Is Apple’s iPhone camera getting worse? MKBHD weighs in

I was wrong about iPhone 14 Pro’s Always-On display

Best Pokemon games to play on your iPhone

Watch Samsung hilariously troll Apple for not having a foldable phone

iPhone 15: Everything we know about Apple’s future smartphones

Gurman: Apple is preparing to allow third-party app stores on the iPhone

Apple iPhone buyers will have to wait longer for new devices; here's why

Because it apparently sounded like a racial slur, Apple removes vocals from the iPhone 14 & 14 Plus ad

Xiaomi 13 and 13 Pro leak: Does it look like an iPhone or a Samsung? Why not both?

How to Add, Remove, Customize Widgets on iPhone Home Screen