Iran says Salman Rushdie to blame for own stabbing 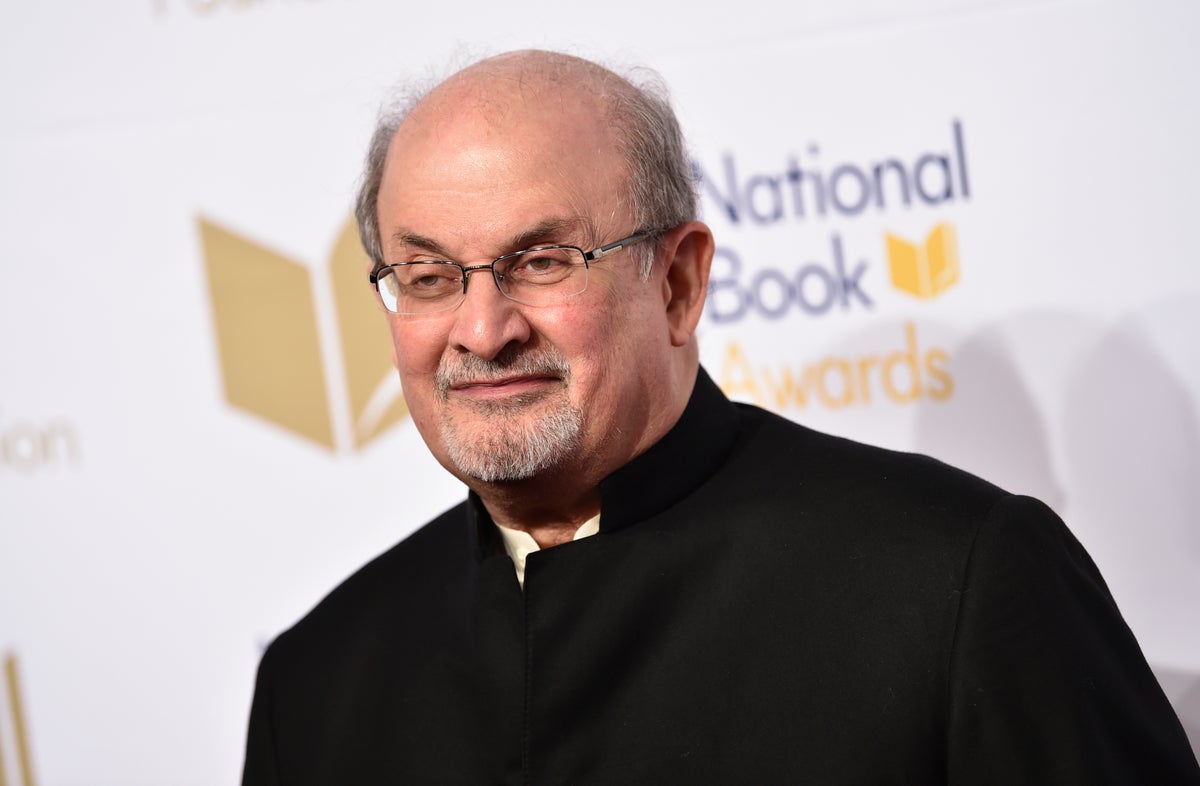 Iran has denied any involvement in the New York stabbing of Salman Rushdie, arguing that only the author and his supporters are to be blamed for the attack.

The comments by Nasser Kanaani, the spokesman of Iran’s Foreign Ministry, come more than two days after the attack on Rushdie.

“We, in the incident of the attack on Salman Rushdie in the US, do not consider that anyone deserves blame and accusations except him and his supporters,” Mr Kanaani said. “Nobody has right to accuse Iran in this regard.”

Rushdie, 75, was stabbed on Friday while attending an event in western New York. He suffered a damaged liver and severed nerves in an arm and an eye, his agent said. He was likely to lose the injured eye.

His assailant, 24-year-old Hadi Matar, has pleaded not guilty to charges stemming from the attack.

The award-winning author for more than 30 years has faced death threats for “The Satanic Verses.” Iran’s late Supreme Leader Ayatollah Ruhollah Khomeini had issued a fatwa, or Islamic edict, demanding his death. A semi-official Iranian foundation had put up a bounty of more $3 million for the author, though it has yet to offer any comment on the attack.

Mr Kanaani added that Iran did not “have any other information more than what the American media has reported.”

Khomeini, in poor health in the last year of his life after the grinding, stalemated 1980s Iran-Iraq war had decimated the country’s economy, issued the fatwa on Rushdie in 1989. The Islamic edict came amid a violent uproar in the Muslim world over the novel, which some viewed as blasphemously making suggestions about the Prophet Muhammad’s life.

While fatwas can be revised or revoked, Iran’s current Supreme Leader Ayatollah Ali Khamenei – who took over after Khomeini – has never done so. As recently as February 2017, Khamenei said: “The decree is as Imam Khomeini issued.”

Wreck, a brand new horror comedy from writer Ryan J Brown, is coming to BBC Three on Sunday 9 October. The series, which stars Thaddea Graham and Oscar Kennedy, follows a serial killer (in a duck costume, of course) on a cruise ship. Here’s everything you need to know about ...

Nola, Schwarber lead the way as Phillies pop champagne corks for first time in a decade originally appeared on NBC Sports Philadelphia HOUSTON — The Phillies are going to a place they haven’t been to since the bright and shiny days of Jimmy, Chase, Ryan, Cole, Chooch and Big ...

The Queen’s death added to the “high-pressure” environment around the preparation of the mini-budget last month, the Chancellor has said. The Government was plunged into crisis in the wake of Kwasi Kwarteng’s plan being announced in the House of Commons, as the pound plunged to historic lows and the ...

New Hampshire is deploying two National Guard units to the southern border, weeks after 50 migrants were flown to nearby Martha’s Vineyard by Florida Gov. Ron DeSantis to highlight border issues. Gov. Chris Sununu, a Republican like DeSantis, announced that 164 members of the state’s National Guard would be ...

As promised, Xiaomi has launched Xiaomi 12T series globally today. Not only that, but the company has also announced that the Xiaomi 12T Pro will be available in the Malaysian market as the first smartphone with a 200MP camera. Now, let’s continue reading to find out the other tech ...

This Morning viewers might struggle to heat their homes this Christmas, but at least they can take heart in knowing how to cook Gino D’Acampo’s chipolata and mascarpone pasta – even if the ingredients are out of their price range. Those who tuned in to ITV on Tuesday were left ...


View more: 'Could you be any more tone deaf?!' This Morning chef Gino D'Acampo is slammed for cooking pasta with a £150 truffle as worried Brits brace themselves for cost of living crisis

Kim Kardashian took time out of her busy day filming her reality TV show The Kardashian and raising four children to show fans something pretty simple. The 41-year-old diva gave a lengthy tutorial in the bathroom of her $60 million Hidden Hills, California home on how to stuff the $89 ...


View more: Kim Kardashian gives surprisingly lengthy tutorial on how to stuff her $89 SKKN tissue box: 'You take the lid off and you open this'

How Can HR Managers Make Use of Employee Sick Leave Data?

Spark for Mac redesign focuses on boosting your productivity

Chicago Voted ‘Best Big City in the US' By Condé Nast Traveler For 6th Year in a Row. Here's Why

Covid-19 public inquiry: when did investigation into UK’s handling of pandemic begin - and modules explained