Is napping ever a good idea? How to nap without damaging your health 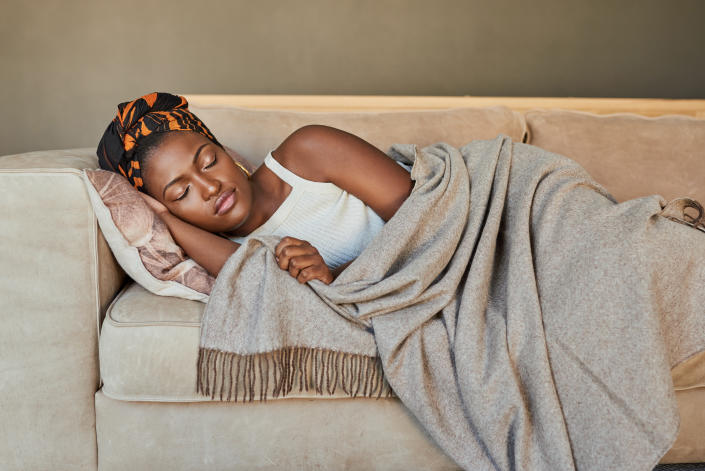 Many of us feel we would benefit from a nap – but would we, really? (Getty Images)

If you think having an afternoon nap will do you the power of good, you may want to think again.

For centuries, sleep experts have long championed the benefits of that most satisfying of pastimes – the afternoon nap.

But while geniuses like Albert Einstein and Leonardo Di Vinci were both avowed daytime dozers and Sir Winston Churchill liked nothing better than the “blessed oblivion” of a nap, it’s now thought that the little bit of shut eye in the afternoon might not quite be the restorative break you need.

While naps can be useful, especially if you’re suffering from sleep deprivation and struggling to make it through the day, a recent study in the American Heart Association’s journal Hypertension has revealed that napping on a regular basis is not only associated with a 12% higher risk of developing high blood pressure but it also carries a 24% higher risk of having a stroke.

Crucially, the research, led by E Wang, a professor and chair of the Department of Anesthesiology at Xiangya Hospital Central South University in China, also found that a higher percentage of men were more prone to napping, especially those who drank alcohol regularly, smoked cigarettes and snored. 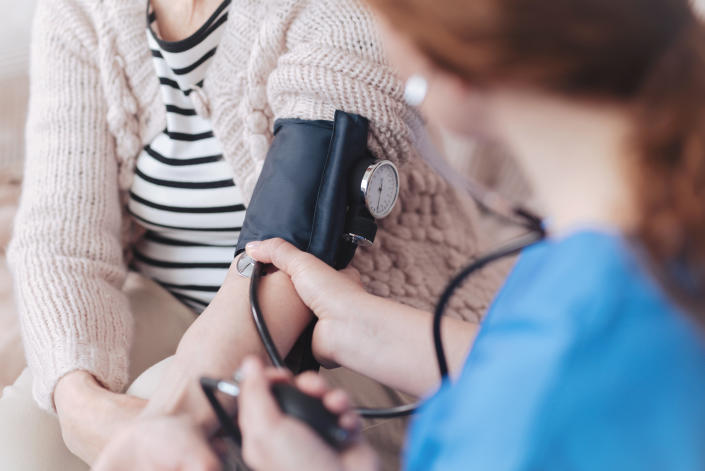 But it’s not the first study to suggest that napping might not be the most effective way to recharge the batteries. In 2020, scientists from Guangzhou Medical University in China examined over 300,000 people in 20 separate studies and found that napping for more than an hour a day was linked to a 34% greater chance of developing heart disease and even a 30% higher risk of premature death.

There are innumerable reasons why you might be more predisposed to napping than other people, and it’s not just catching on your sleep that’s at play. Vitamin deficiencies can often leave you fatigued so if you’re lacking in vitamin B-12 and vitamin D, as well as magnesium, potassium and iron then there’s a much greater chance you’ll be tired during the day. Your tendency to drop off might also be down to anaemia where you don’t have sufficient haemoglobin in your blood, forcing you heart to work that much harder to pump oxygen around your body, leading to tiredness.

Then there is the issue of stress, anxiety and depression, all of which can cause fatigue and all of which have increased markedly in recent years following the COVID pandemic and the cost of living crisis.

What time you should you nap?

Daytime napping might result in a temporary uplift in energy and mood but, equally, it can lead to what’s termed ‘sleep inertia’ where you wake from a nap feeling disorientated and a little groggy. Moreover, it can also have a negative impact on the quality of your sleep during the night hours too, which is when your body and mind needs it most. Likewise, the weekend lie-in, which can also be counter-productive. 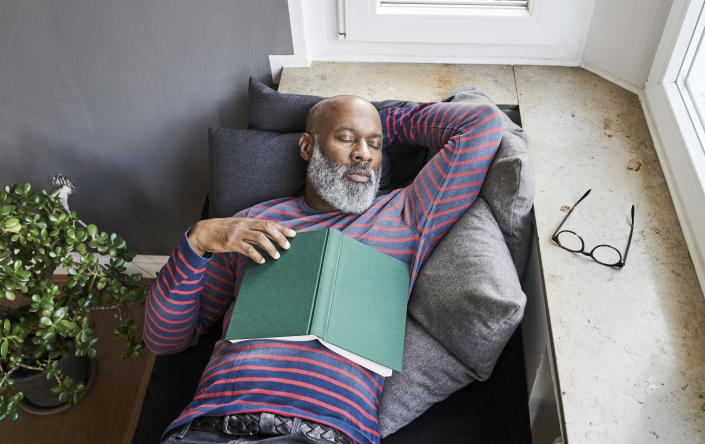 Napping can lead to ‘sleep inertia’ which leaves you with a groggy feeling. (Getty Images)

Michael J. Breus Ph.D, is a clinical psychologist and Fellow of the American Academy of Sleep Medicine. He’s also the man they call ‘The Sleep Doctor’ and he believes that those more prone to napping are invariably those caught in vicious cycle of bad lifestyle choices leading to poor quality sleep and, inevitably, fatigue the following day.

“The reason these people have this issue is likely due to poor sleep quality at night causing daytime sleepiness,” he says. “Just look at what the Hypertension study found where usual nappers’ characteristics are include lower education and income, smoking and daily drinking of alcohol. To me, that seems like an almost perfect recipe for bad sleep.”

The secret to successful napping is to keep it short and sweet. The medical research journal Sleep, for example, concluded that limiting your naps to 10-15 minutes in the early afternoon led to marked improvements in cognitive performance after waking but any longer than half an hour and it’s more likely that sleep inertia might kick in.

Breus suggests having a small cup of coffee just before your nap – the so-called ‘coffee nap’ – the idea being that the caffeine will work its effects just as you wake up, helping you to snap out of any post-nap grogginess. 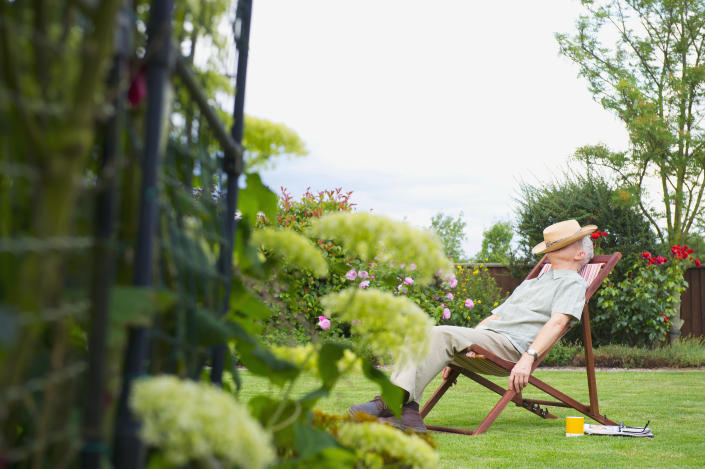 If you can’t get through the day without a nap, timing is very important. (Getty Images)

Timing is important too and if you simply can’t make it through the day without your regular nap then it’s a good idea to make it a part of a regular and predictable sleep schedule. So try and take it at the same time every day but also make sure you have it before 3pm. Any later and, again, you run risk of waking up groggy and less alert.

The later you leave your nap will also affect your ability to get to sleep when you do to bed later at night as it plays havoc with your wider sleep-wake schedule.

But as Michael Breus advises, a daytime nap should never be a replacement for a good night’s sleep. “Napping can help relieve fatigue,” he adds, “but it can’t reverse the negative effects of chronic sleep loss.”

has been unveiled as the handsome new face of Gucci in shots released to support the luxury brand’s travel campaign. The actor, 41, from Canada, was snapped with pieces from the Italian brand’s Savoy collection for their Valigeria campaign which is centred around travel gear and suitcases. His photoshoot took ...

Lululemon Chargefeel vs. Strongfeel review: Which Lululemon sneakers are better?

Lululemon’s new Strongfeel shoes have just been released, but how do they stack up against the others? Images via Lululemon. Lululemon has always been known for their performance activewear, but it wasn't until recently that the Canadian brand branched out into footwear. Throughout the course of 2022, Lululemon has ...


View more: The Supreme Court returns with a busy day of arguments, orders, and a new justice

The government on Tuesday published more details about its planned energy price cap and it looks as if consumers will benefit more than thought earlier. Ministers have not only expanded the amount of electricity covered by the price cap but have reduced the maximum price which companies can charge. The ...

She’s expecting her first child with her secret partner. And Tanya Burr displayed her baby bump in a bra top and grey joggers as she took to Instagram to share an update on Tuesday. The YouTuber, 33, poked fun at her growing tummy and casual ensemble as she quoted the teen ...


View more: 'Sweatpants are all that fit me': Pregnant Tanya Burr displays her bare bump in a bra top and joggers as she pokes fun at her growing tummy

Where Are All of These Pink Pumpkins Coming From, Anyway?

Comforting Vegan Dinners That Will Fill You Right Up