It’s been six years since Vancouver approved a ‘fentanyl tax.’ Is it helping? 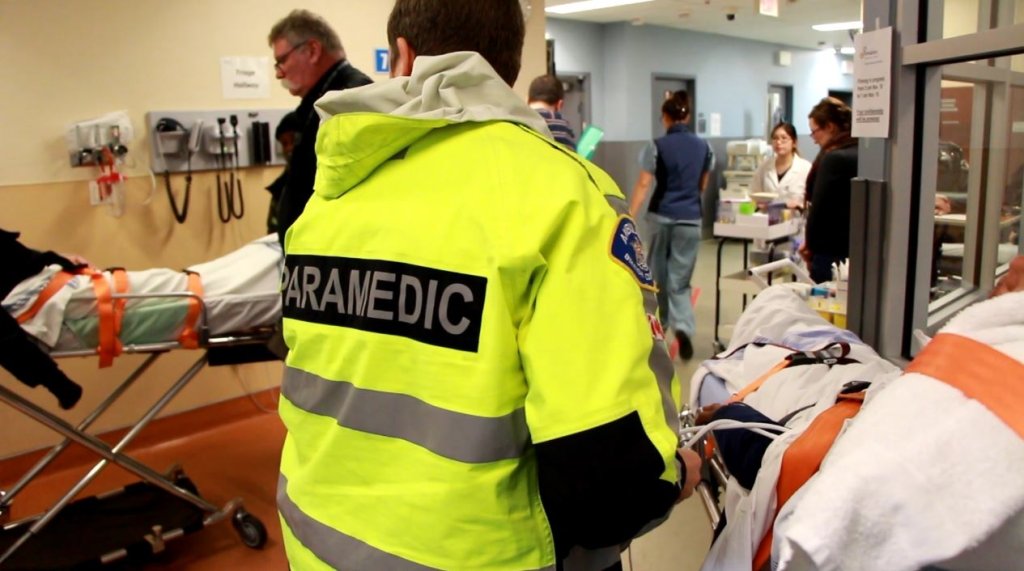 A paramedic tends to an overdose patient in the St. Paul’s Hospital ambulance bay

It’s been nearly six years since Vancouver city council approved an 0.5-per cent property tax hike in an effort to battle the deadly drug crisis.

Earlier that year, the BC Coroners Service had declared a public health emergency as fentanyl flooded the streets, and the month before council approved the tax hike, four people died per day from toxic drugs.

More than 10,000 have died from illicit drug use since B.C. declared public health emergency

More than half a decade down the road, things are as bad — or worse — than in 2016, and some Vancouver councillors are raising questions as to whether the money is having its intended effects.

“I was concerned that not only did we not understand as a council how the money would be allocated and distributed in the community, but that we weren’t coordinating with the ministry of health, with Vancouver Coastal Health specifically on this,” she said Thursday.

“I’m still asking questions and I haven’t received those answers yet from city staff as to where this money is being spent.”

The initiative, she added, unfairly penalizes Vancouver taxpayers who already contribute taxes provincially in order to deal with a problem she said should be a provincial responsibility.

The City of Vancouver did not provide a complete budgetary breakdown by deadline, but did offer a summarized version of spending by year.

In 2017, the first year the tax was in effect, $2.05 million went to the creation of a new three-person fire medic team in the Downtown Eastside, and to hire a mental health coordinator for firefighters.

What advocates say should be done about toxic drug deaths in B.C.

Another $430,000 went to the creation of a new community policing centre in Strathcona and to fund other CPCs around the city.

Another $700,000 went to the creation of a Vancouver police drug containment facility, while $300,000 went to “opioid crisis” response.

Video: What advocates say should be done about toxic drug deaths in B.C.

The category of “opioid crisis response” includes $310,000 for increased city staffing, including outreach and support workers, in the DTES and $160,000 per year in operating funds for the VPD drug containment facility.

Global News is seeking further details on the budget breakdown.

Green Coun. Adrianne Carr, who voted for the tax hike, said council approved the funding after hearing from front-line workers who were pushed to the limit.

“It was brutal in terms of listening to the responses we heard from fire in particular, Vancouver Fire and Rescue Services, that downtown Hall #2 was so jammed with calls … the calls were intense, they needed another vehicle to just respond to those emergency calls, and so that’s one of the things that tax was intended to fund, it did,” she said.

More people died from illicit toxic drugs in 2021 in B.C. than in any other year

“This is not, as the people say, a tax grab. This is a specific earmarked tax to go into a specific set of responses that every year would get raised and evaluated by staff and prioritized.”

Carr said the tax isn’t meant to be a solution to the drug crisis, which she said has affected all major cities on the West Coast and virtually every community in B.C.

Video: What we know about toxic drug fatalities since B.C. declared a public health emergency

But A Better City Coun. Sarah Kirby-Yung, who was not on council at the time the tax was approved, said neither an accounting of the funding nor an assessment of its effectiveness has come before council during the latest term.

“We all agree we’ve got some significant issues and challenges in our city and we need to step up and combat them, and that requires oftentimes being bold and taking new approaches to doing that, not doing the same old thing, and being honest about where we are seeing results and where we are not,” she said.

“Council needs to know how the money is being spent and what results we are getting for it.”

In June, the most recent month with available data, 146 British Columbians died of suspected toxic drugs — equivalent to 4.8 per day.

— with files from Rumina Daya

Vulnerable Microsoft SQL servers are being targeted in a new wave of attacks with FARGO ransomware, security researchers are warning. MS-SQL servers are database management systems holding data for internet services and apps. Disrupting them can cause severe business trouble. BleepingComputer has reported similar attacks in February, dropping Cobalt ...

MLB increased the number of teams in the playoffs, yet somehow competition for postseason spots decreased. More has not been merrier. It has been dull. A dozen clubs will make the playoffs, and with two weeks left a few positioning questions remained. Most importantly: Will the Braves or Mets win ...


View more: MLB’s most disappointing teams of 2022 and what it means for their future

Offensive guard Laken Tomlinson, an offseason free-agent addition by the Jets, blocks out some time for a Q&A session with Post columnist Steve Serby. Q: How would you describe your on-field mentality? A: Hyper locked-in. … It’s like a transformation. Q: Describe that transformation. A: It’s hard to describe, honestly. ...

Despite failing to complete college and claiming he never reads books, Kanye West has opened a Christian-focused prep school in LA named after his mother, which costs $15,000 a year. Evan Agostini/Invision/AP Kanye West has started an unaccredited private Christian prep school for students K-8 called the Donda Academy ...


View more: Rewards credit cards can be 'inflation fighters' but only if used correctly, expert warns

The junior U.S. senator from Texas on his beef with the Biden administration, the battle for the soul of the GOP and whether he plans to run for president again.

CloudBar pays homage to the city, offering a hyper-local menu and elevated views of the skyline and lakefront from the 94th floor of the 360 Chicago Observation Deck