‘It’s Malaysia’s time next’: Penang food festival is a good sign for culinary travel, but how will the industry fare amid climate breakdown? 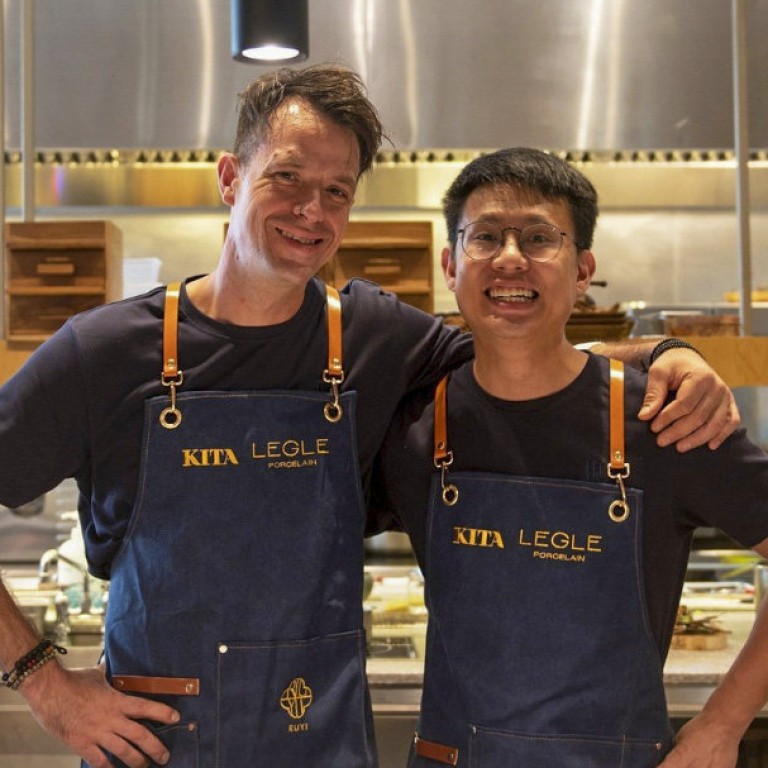 We are halfway through a three-hour dinner at the opening night of the Kita Food Festival, held in October in George Town, the colonial capital of Malaysia’s Penang island, when the chefs serve a novel curry.

“It’s the first goat curry I’ve ever made,” explains Andrew Martin, the Canadian chef from 80/20, a one-Michelin-star restaurant in Thailand’s capital Bangkok.

Martin is collaborating on a six-course feast with Johnson Wong, a Malaysian-Chinese chef whose Gen restaurant is a sensation in George Town.

They seem an unlikely pair: Martin, tall and boyish, fell in love with Thai food on a holiday, he says, and has been concocting adventurous, acclaimed fusion dishes ever since. 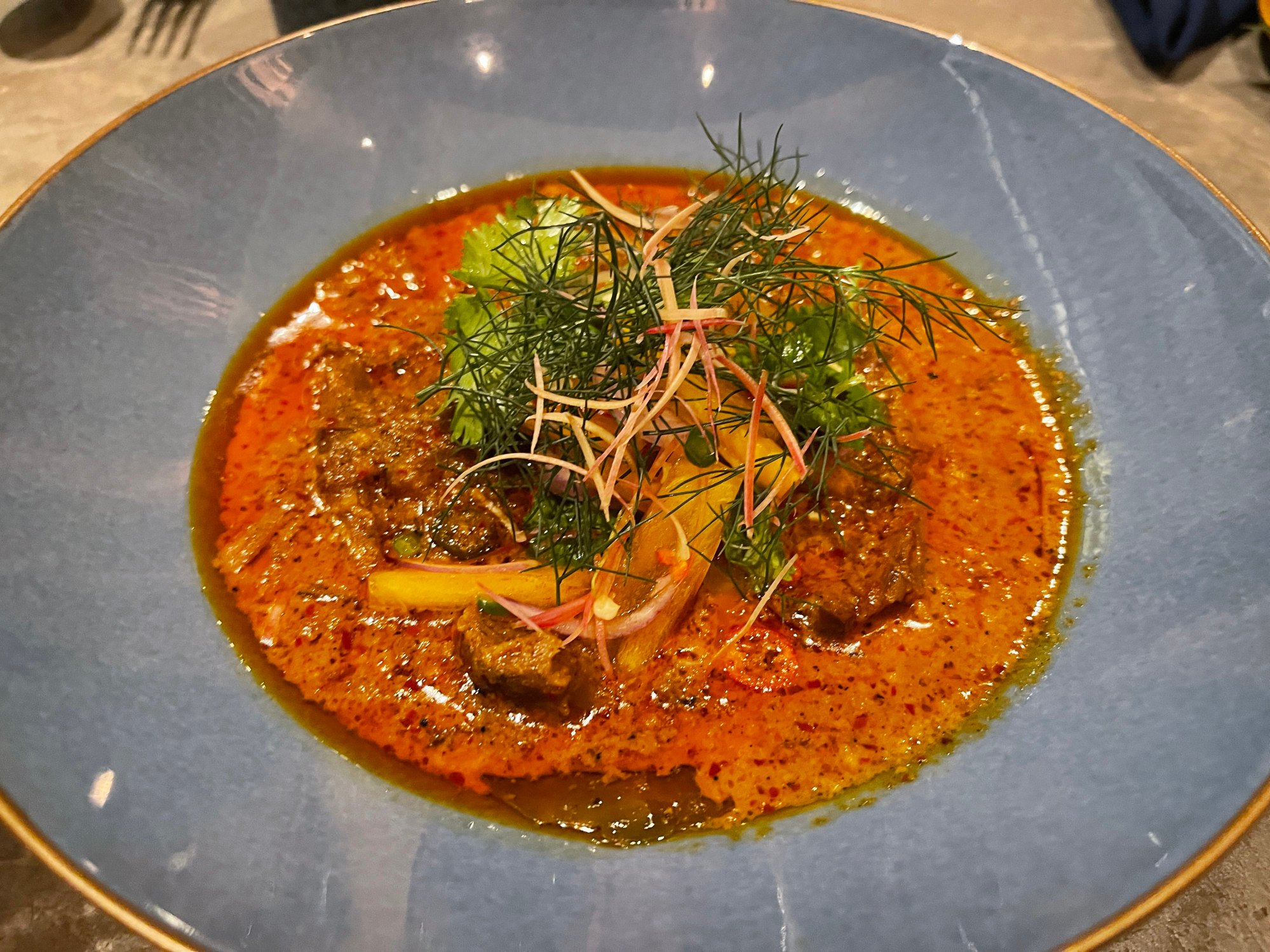 Wong is a slight, thoughtful chef not given to the impulses of his larger pal. On a trip around Penang, Wong points out nutmeg, and Martin immediately scales a tree for a closer look. In a market, Martin finds goat meat and blurts out: “Why not? I’ll try it!”

Marinated overnight, the goat curry is a succulent treat in a menu of surprises, such as a course consisting entirely of green beans – bean custard enlivened by green bean broth – a lowly vegetable rarely seen in fine dining.

Creativity overflowed with the wines at Kita, the second of a three-part culinary celebration launched on the Malaysian island of Langkawi in September, with more meals, masterclasses and talks to be served up at the finale, in the country’s capital Kuala Lumpur, between November 25 and 28.

More significantly, the festival signalled a revival of gastronomy after years of lockdowns. Food events are back, and not only in the world’s food capitals.

Yet questions abound. Will food tourism roar back at full force, a wave of US$1,000-a-plate dinners served in stellar settings, as part of the celebrated ranking of Michelin stars and trophies from the World’s 50 Best Restaurants list?

Or will a trend towards increased sustainability and the reduction of kitchen waste gel as an actual movement in the age of climate breakdown, rather than remain as a series of feel-good talking points? 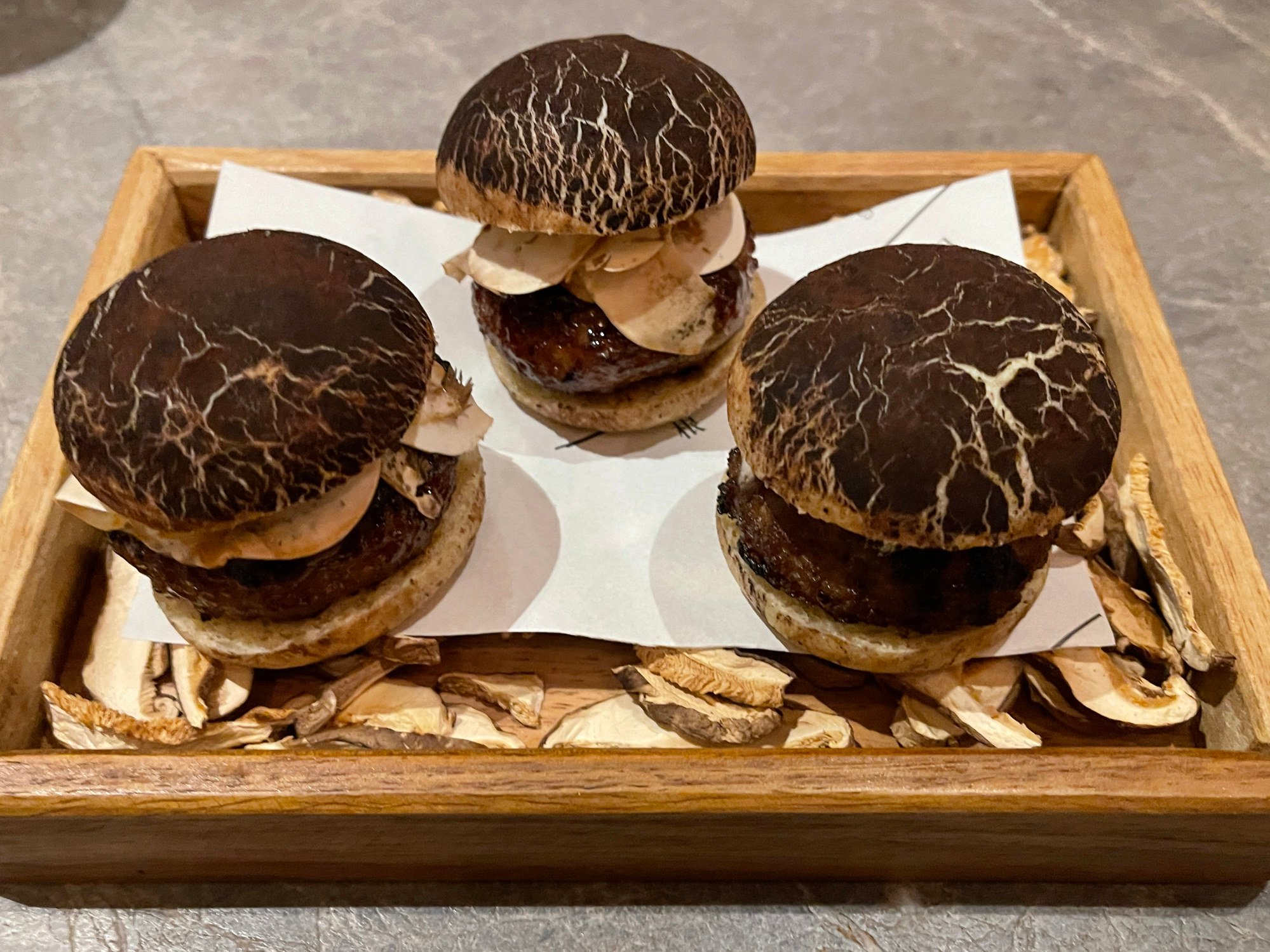 As food festivals sprout in locations such as Penang, the joy of eating, drinking and flooding social media with food posts, after public dining bans during the pandemic, is returning. As is the joy of being back in the kitchen.

“It’s great to just be cooking again with friends,” says Kim Hock Su, chef at Penang’s Au Jardin and half of one of Kita’s most ambitious pairings, with Aitor Jeronimo Orive, from Singapore’s one-Michelin-star Basque Kitchen by Aitor.

They joined eight chefs on Kita Penang’s final night, cooking inventive dishes on the spot at China House. “We’re all part of a big community,” Su says. “We cook together, we share and that helps us get better. That’s why we come together for these festivals.” 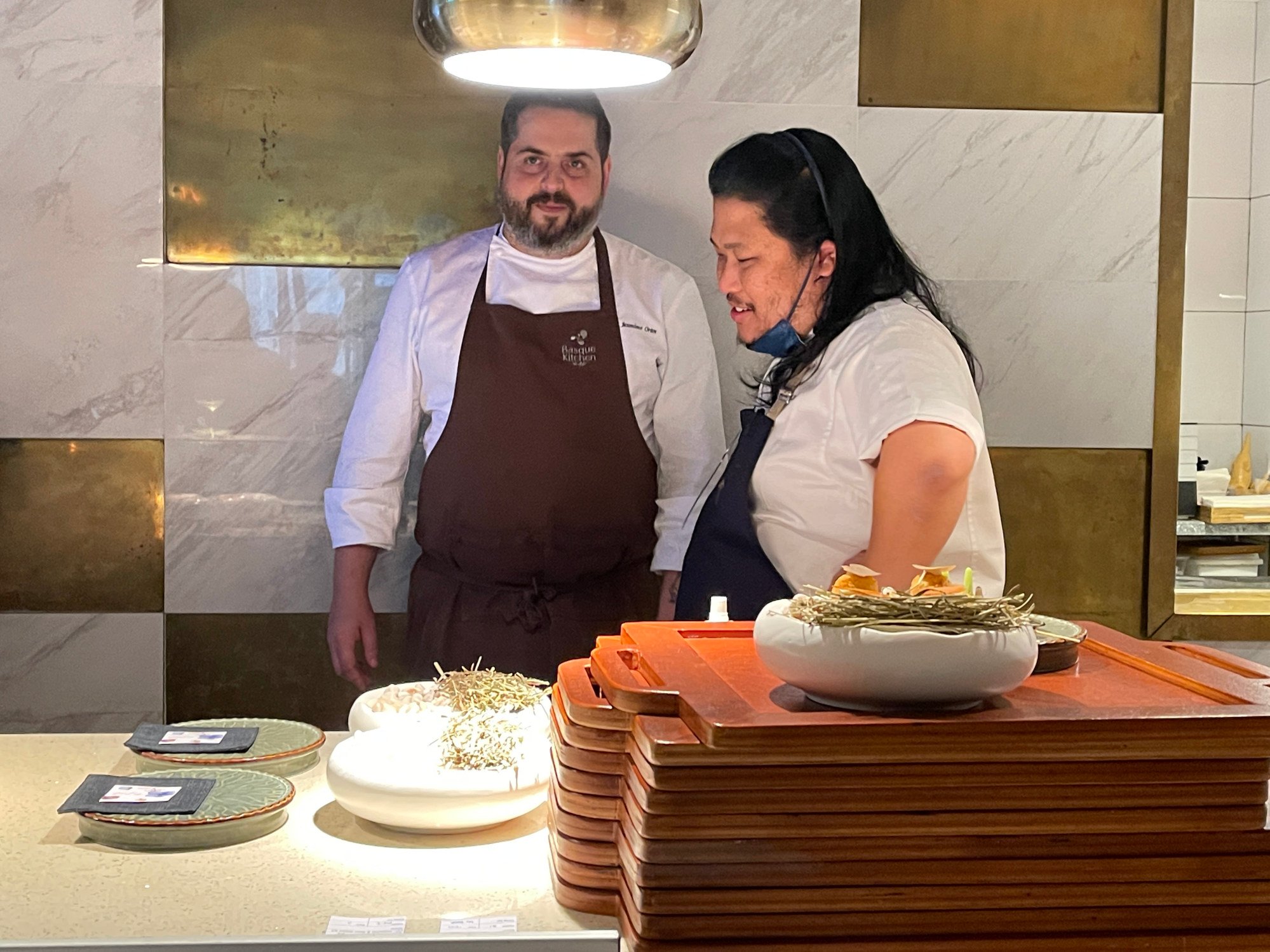 Kita launched in 2021, but as a smaller event due to Covid-19 restrictions, organiser Leisa Tyler says. That perhaps helped hone its vision, which focuses on local cuisine and nurturing rising chefs. Kita means “us” or “we” in Malay.

Kita’s goal, Tyler says, is to put Malaysia firmly on the world culinary map. “We want to give the industry a nudge, allow it the resources and support to get stronger.” 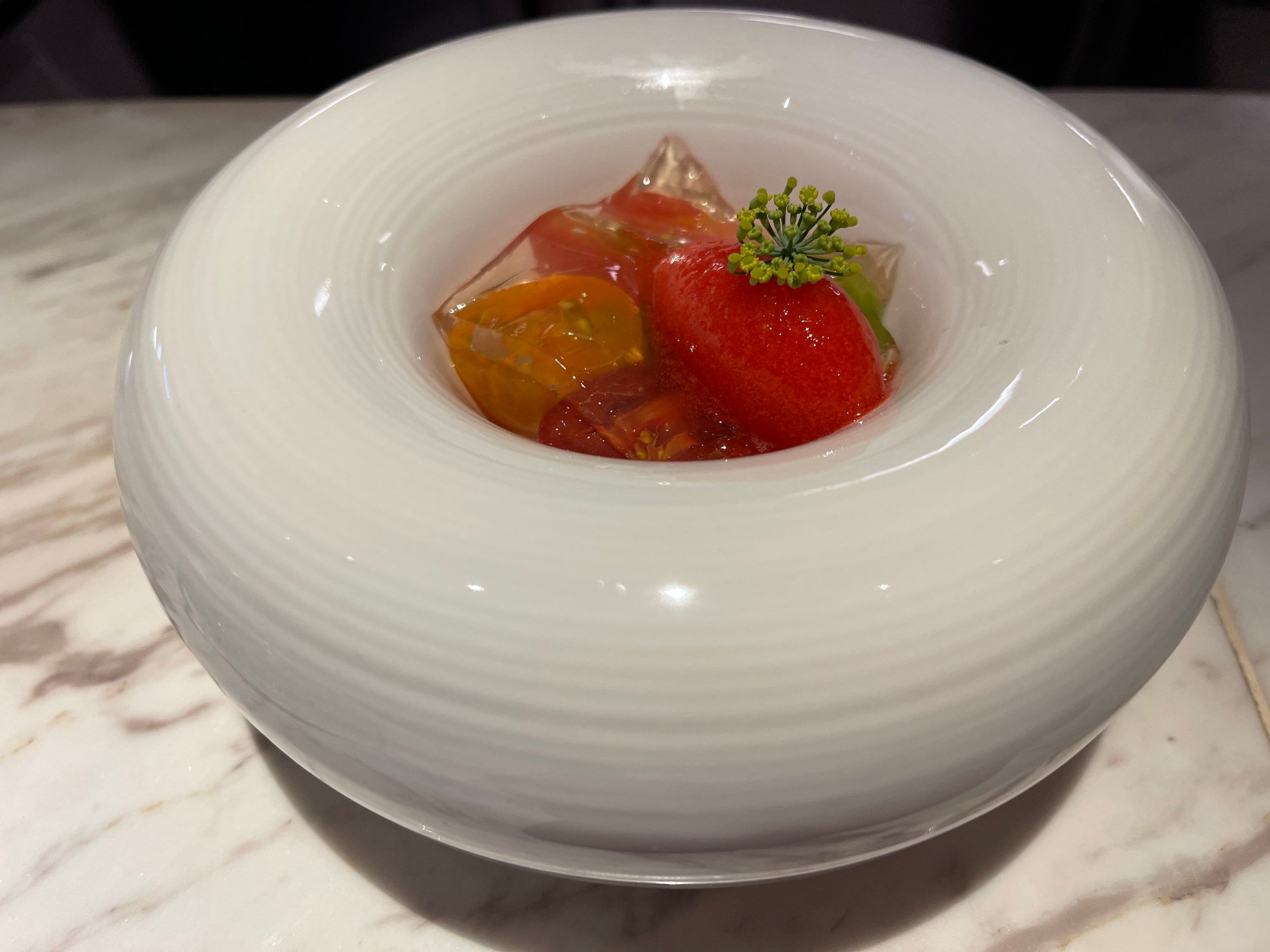 Many, like Chinn, believe it’s time to rethink the bloated structure of culinary stardom, and instead look to local talent and tradition.

“We have seen huge surges in restaurants in Singapore and Thailand. Malaysia always lagged behind. The last five years have seen an explosion in young avant-garde chefs coming to the fore – exploring endemic ingredients and exploring the country’s mammoth and very multicultural culinary heritage.” 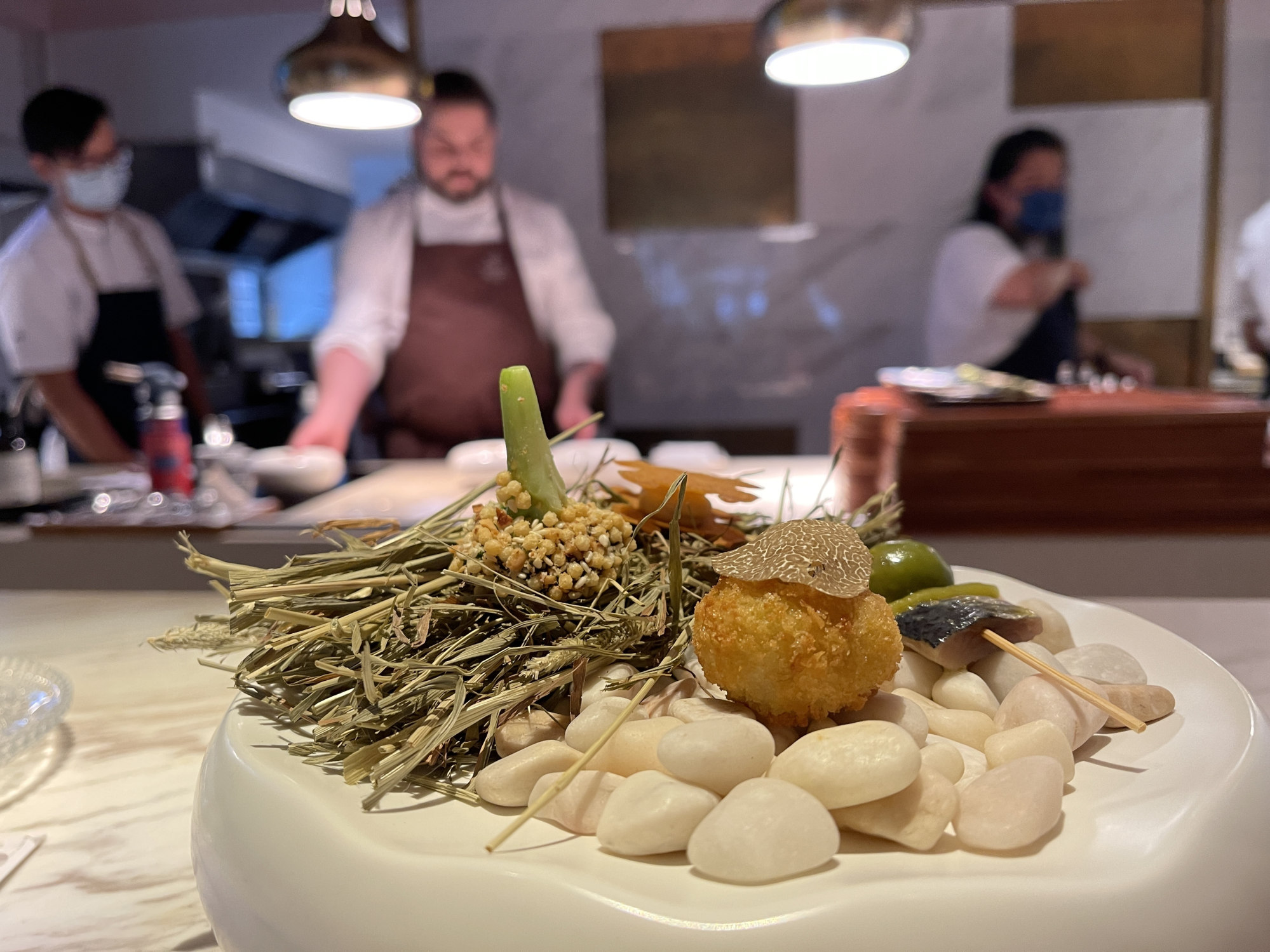 Starters prepared by Su and Orive at Kita. Photo: Kita

“There is an exciting new energy in cafe and restaurant concepts, a greater array of cuisines and more fusion between traditional local foods and flavour influences from across Asia and around the world,” he says.

“Shopping for, preparing and eating food has an emotional resonance, and is increasingly viewed as a way to connect more deeply with local living in a chosen destination.

“Young travellers are food curious far beyond the realm of a cafe or restaurant – they want to know the backstory of dishes they are enjoying for the first time. So they like to go to where the ingredients are cultivated and nurtured, speak with farmers, food producers as well as market and street-food traders.

“This type of participative culinary travel extends beyond classic cookery class trips into a broader range of experiences that connect travellers to the land, to local communities and to the foods and flavours that are unique to their surroundings.”

“We learned to be nimble and adaptable, and remain open to new methods of serving our guests,” Royer says. “[But] at its core, fine dining will continue to be about providing a holistic and meaningful experience.” 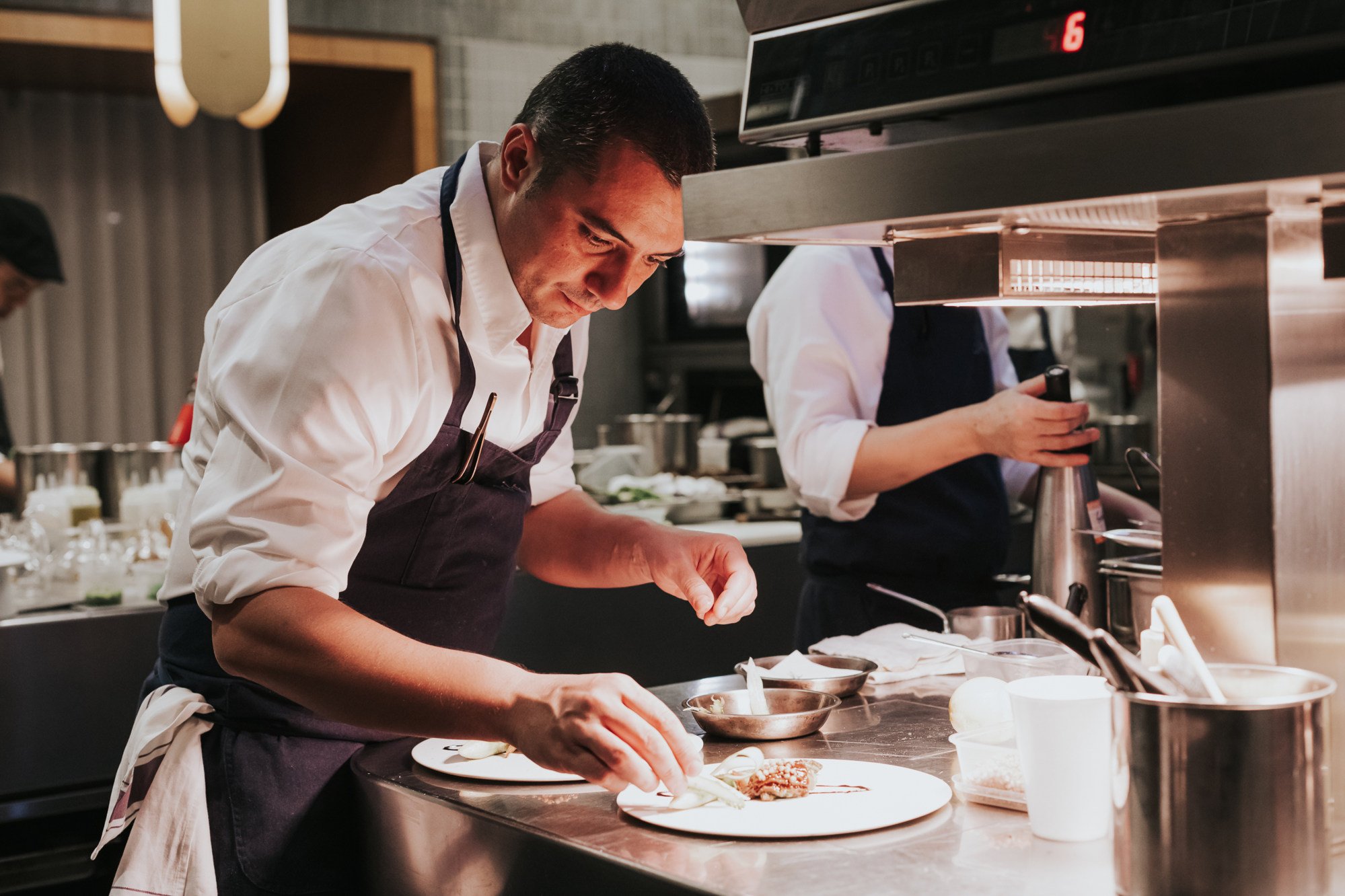 At Jaan by Kirk Westaway, atop the Singapore Swissotel tower, chef Westaway says that the demand for fine dining experiences is definitely growing.

“In a country like Singapore, where almost everyone is a foodie, diners know exactly what they want to eat and how it should be cooked.”

He notes some positive trends that gained traction during the pandemic, when there was time for chefs to “recalibrate, reassess and refine everything we do”, such as a shift from meals centred on animal proteins towards “lighter, vegetable-forward menus”. It’s a trend Westaway has been championing for years.

“Post-Covid, people are craving experiences and looking to reward themselves more than ever before. From service to culinary creations, we’re constantly exploring ways to elevate the experience in a way that will touch and engage with our guests,” he says. 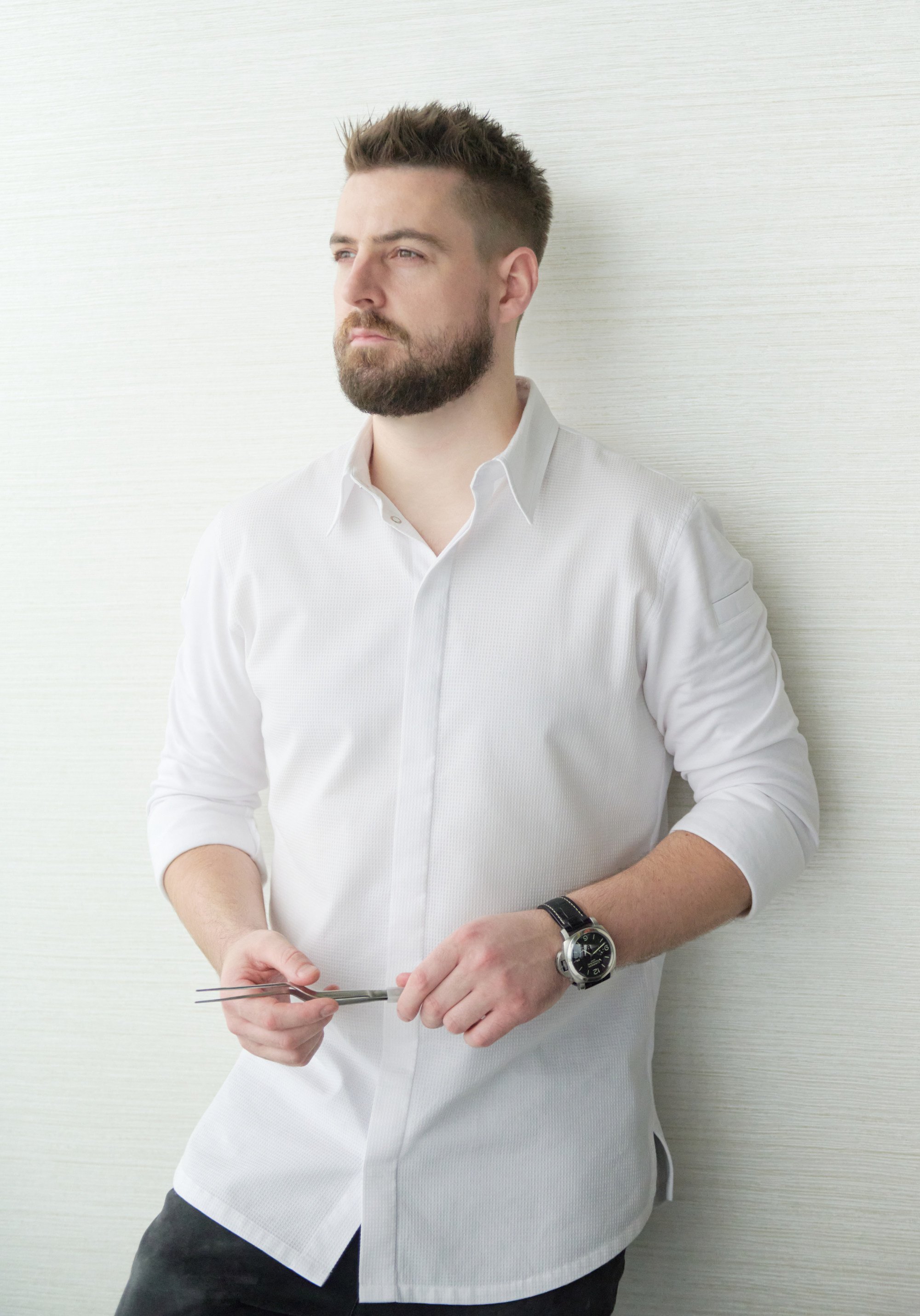 Hong Kong, one of the world’s premium restaurant centres, was cut off longer than most places during the pandemic. At two-Michelin-star Amber, at the Mandarin Oriental Landmark Hotel, executive chef Richard Ekkebus says business is now on an upswing.

“We believe the pandemic has reiterated the need of restaurants in society,” he says. “We are social creatures and want to patronise restaurants. Fine dining is here to stay for sure.”

He predicts a full recovery for Hong Kong’s dining scene in 2023. 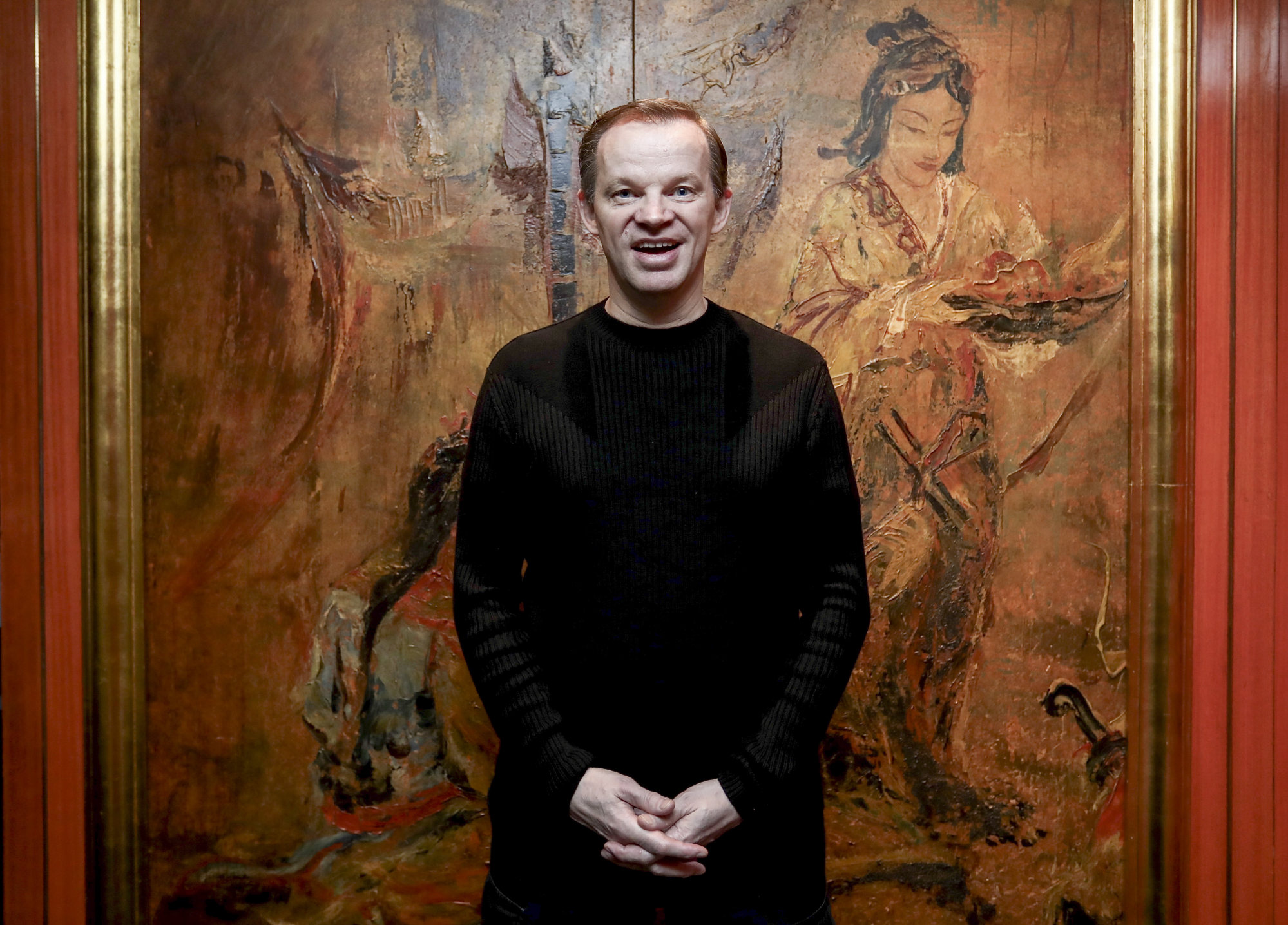 Travellers spend an estimated 25 per cent of their budget on food, and 80 per cent of them research food and drink options during destination planning, according to the World Food Travel Association.

Widely disparate values are given to food travel, but the sums are enormous, with research groups suggesting tallies ranging from US$500 billion to US$800 billion in 2022, with some projecting the total could top an annual US$4 trillion worldwide by 2032.

“We all want to go out, meet together and socialise over food – and wine,” says Anthony Tan, owner of Legle, a porcelain tableware maker that provided the tableware for Kita. “There is just so much demand. Fine dining will definitely come back.”

At Kita, over wine at the end of another massive meal, he adds with a satisfied smile, “It already has.”

Do you want to be a good member of society? Voting, climate change efforts are a start, survey says

Autonomous driving’s blunders are good news for the climate

Are volcanoes impacted by climate change? Or is it the other way around?

How Did Ancient Fish Colonize the Deep Sea?

For Indigenous defenders of Brazil’s rainforests, ‘Lula is our only hope’

3 ways data center design will change in the future

Hannah Hunt and Eden Lazarus glued themselves to the painting (Kirsty O’Connor/PA) (PA Wire) Two climate protesters who inflicted more than £1,000 of damage to John Constable’s painting The Hay Wain must compensate the National Galley after being convicted of causing criminal damage. Hannah Hunt, 23, and Eben Lazarus, ...

France Bans Short-Haul Flights To Cut Down On Emissions

In an aggressive effort to crack down on carbon emissions to fight climate change, France has been given the thumbs up to ban short-haul domestic flights. According to The Next Web, the French government suggested the ban in 2021 as part of the Climate Law, focusing on flights between ...

A new photovoltaic system supplies 3,000 megawatt hours (MWh) of green energy per year to the MAHLE plant in Montblanc, Spain

Climate protesters caused damage worth over £1,000 to Constable’s The Hay Wain

Eco-protesters Hannah Hunt (right) and Eden Lazarus arrive at Westminster Magistrates’ Court (James Manning/PA) (PA Wire) Two climate protesters caused more than £1,000-worth of damage to a “national treasure” painting after taping posters on top of and gluing themselves to The Hay Wain, a court heard on Tuesday. Hannah ...


View more: Climate protesters caused damage worth over £1,000 to Constable’s The Hay Wain

Alpine bacterial strain adapts to the change of seasons

7 sparkling wine alternatives to pricey champagne for the holidays, from Europe and Australia – all for the price of a supermarket Moët or less

Yin and yang. Mario and Luigi. Peanut butter and jelly. Penguins. Some things just go together, and so it is with bubbles and holiday parties. Champagne is always a good idea, but buying a reasonably priced bottle from a grower-producer may be a challenge this year, as demand continues ...


View more: 7 sparkling wine alternatives to pricey champagne for the holidays, from Europe and Australia – all for the price of a supermarket Moët or less

'One Mississippi...' How Lightning Shapes The Climate

Climate to be won on land, sea and finance

‘Hong Kong at its prime’: a designer and financier’s favourite old-time Chinese restaurants and where to find the best BBQ in the world

Forest wildflowers and their overstory trees are changing with climate, but not always keeping pace

In 2022, Australia’s governments finally got moving on climate. Here’s how

Don't Call It Dirt: The Science Of Soil

He was a cop, then MasterChef’s first Indian-Singaporean winner – now he’s opened a Peranakan cuisine restaurant in Chennai, India

Half of Australia’s biggest companies have net-zero emissions plans, but climate action may come too late

Climate response not enough for investors

Climate tech is not doomed, despite climate doom

Fenugreek is a weight loss aid, helps with diabetes, and is good for heart health and breastfeeding mums – why you need this superfood in your diet

Climate meeting under scrutiny COP27 arrived at a crucial moment, but failed to take real steps to stop global warming

Most nitrogen deposition from aviation comes from high altitude

India’s dhaba restaurants, from scattered roadside truck stops to nationwide staple, and the high-end versions in India and Hong Kong

Christmas Day lunch in Perth: Restaurants booked out for dinner and lunch including Epicurean, State Buildings

‘Unsustainable’: Why your favourite biscuits are disappearing

For many Hawaiians, lava flows are a time to honor and reflect

An easy way for dairy farmers to reduce their climate impact

A new kind of climate refugee is emerging

The Effects of Uber and Lyft in U.S. Cities

What we know about the deadliest U.S. bird flu outbreak in history

Sushi war declared as top Japanese chef accuses others of ‘misusing’ his brand, highlighting impostor problem in the food industry