I've had the new iPhone 14 for 2 weeks. I should've listened to Steve Jobs' daughter because I now regret buying it. 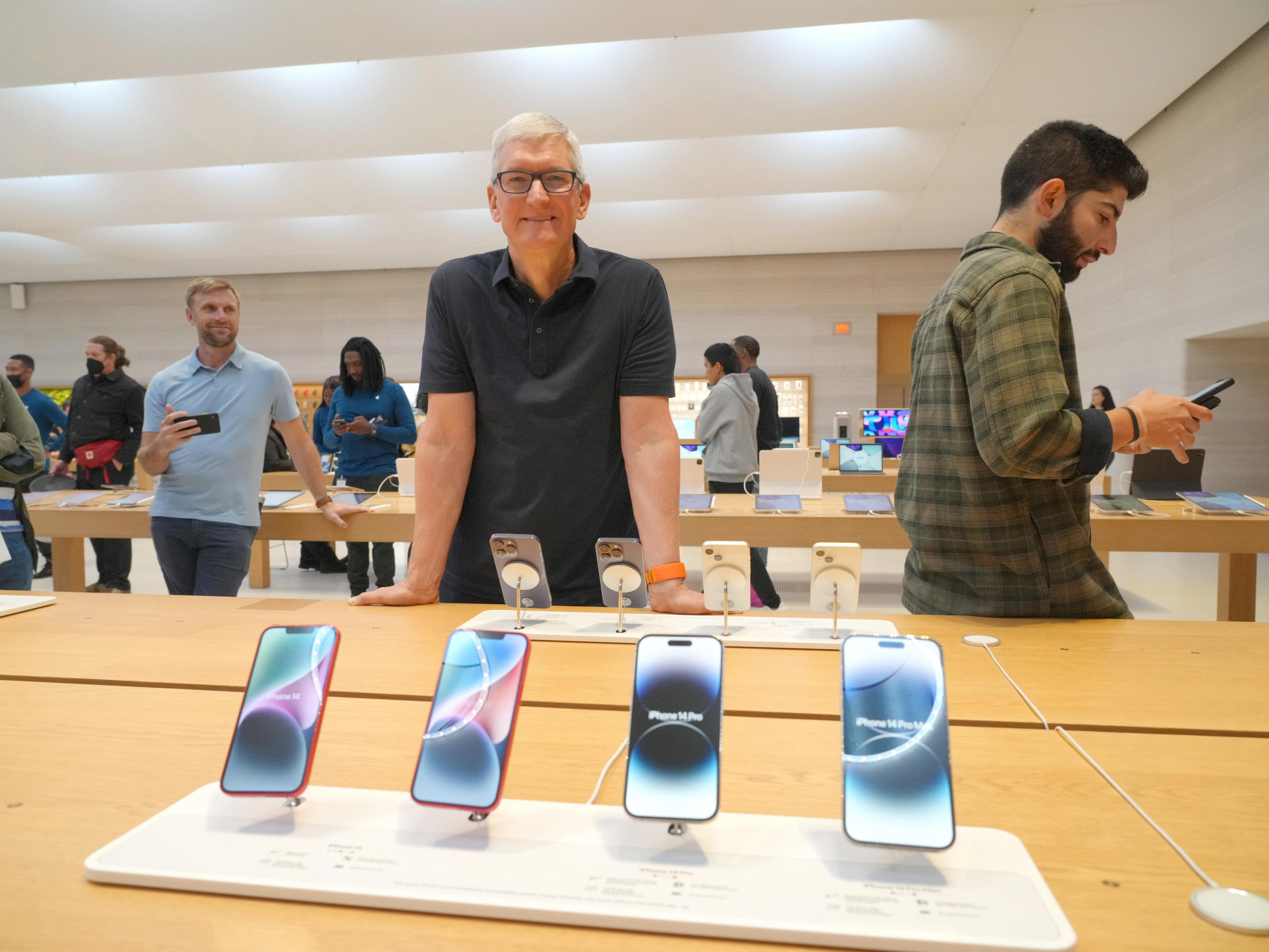 For the past decade or so, I’ve been one of Apple’s best customers. I’ve bought every new iPhone since I made the switch from a BlackBerry to the iPhone 4S.

After a couple of weeks of playing with my new toy, I can confidently say there are no big surprises to be found, apart from the “Dynamic Island”. That’s Apple’s fancy name for the dead space between the selfie camera and Face ID sensor now used for “consolidating your notifications, alerts, and activities into one interactive place”.

My colleague Antonio Villas-Boas can tell you all about the technical aspects of Apple’s latest products, so I will concentrate on what it’s been like to use.

Ultimately, Eve Jobs, the daughter of Apple cofounder Steve Jobs, was right when she posted a meme on Instagram that joked the iPhone 14 is eerily similar to the previous model.

It reads: “Me upgrading from iPhone 13 to iPhone 14 after Apple’s announcement today,” while showing a man holding up a shirt identical to the one he’s wearing.

While the newest series of smartphones has several new software features, I’m disappointed that there isn’t more to it.

I admit I was very excited about the iPhone 14 Pro and Pro Max going fullscreen – especially now the notch has gone.

I’ll also concede that the Dynamic Island feature is very cool indeed. I like that you can simply press it when listening to music and it takes you back to the application. It could have been used more effectively, however.

Having had the iPhone 13 Pro Max, I can’t see a difference that makes it actually worth upgrading for, apart from Dynamic Island. Maybe the smartphone has simply got as good as it’s fundamentally going to get? 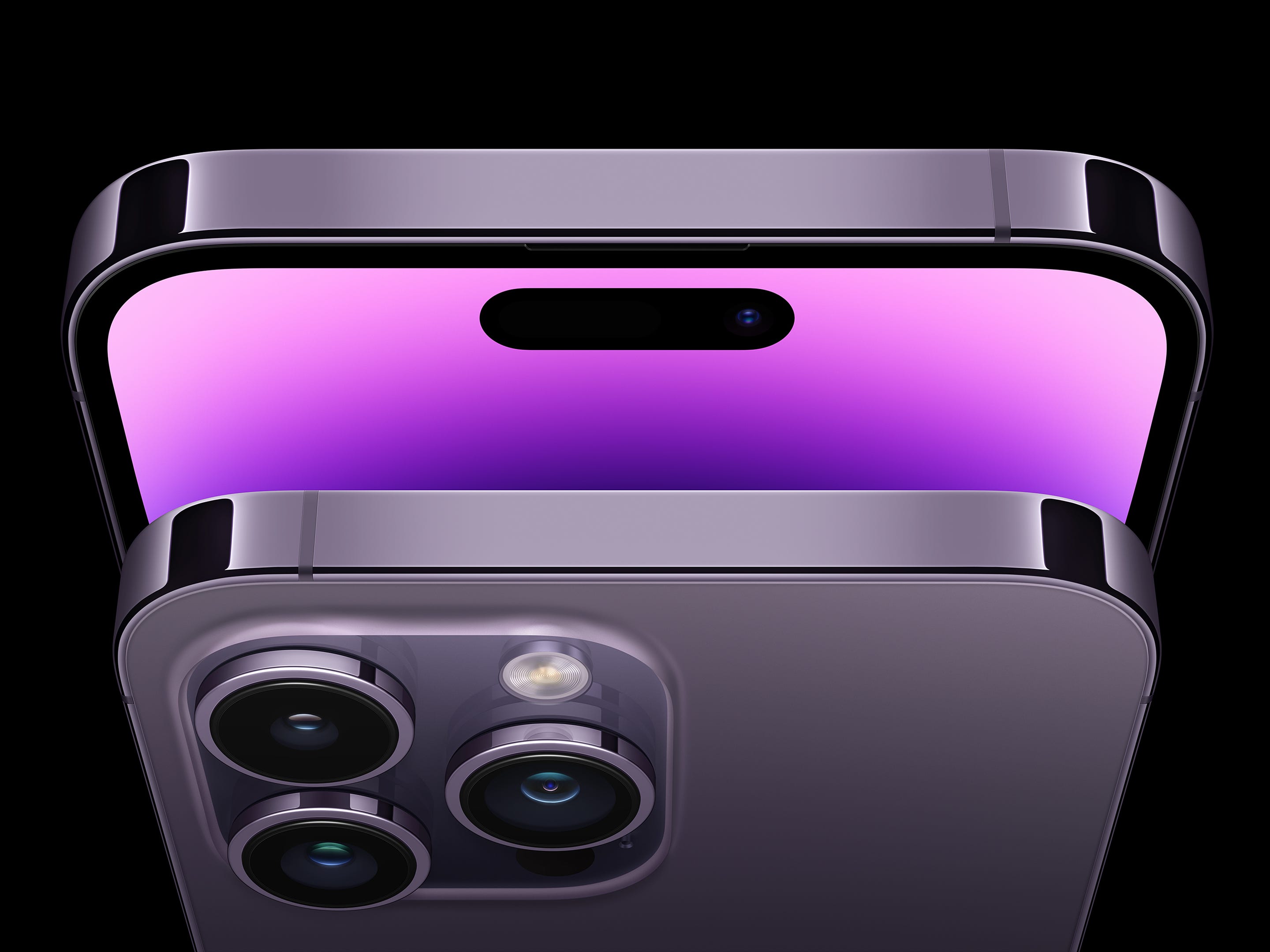 Dynamic Island uses the space at the top of the screen to display notifications, song titles and other information. Apple

I always find excuses to justify splashing hundreds on a new smartphone: using my iPhone for work, documenting reporting trips, ensuring the battery lasts all day, and that it can support all the things I’ve got to do on it. Let’s call that exactly what is is: nonsense.

Even a now-ancient iPhone 8 (from way back in, erm, 2017) could do the job. However, there’s an appeal to having the latest mobile phone, and it’s nothing more than a way to brag to your friends.

Apple CEO Tim Cook told someone who asked him whether Apple would adopt RCS – a messaging app developed by Google for Android mobiles – so his mom could more easily see the videos he sends her that he should buy his mom an iPhone.

It’s not just an iPhone that Cook thinks everyone should own when there are also AirPods, iPads, MacBooks and the Apple Watch to buy as well. And yes, I do own all of those devices as well, of course.

While I’ve always said I don’t think I could change from an iPhone to an Android, plenty of people have done so and somehow survived. Maybe it’s time I took an iOS holiday too?

What Is KaiOS, and Can It Replace iPhone and Android?

iPhone 15 rumored to get advanced image sensor from Sony

iPhone 14 Pro camera AppleInsider may earn an affiliate commission on purchases made through links on our site. Sony will reportedly supply Apple with an image sensor for the iPhone 15 that is said to reduce over- and under-exposure. A report on Monday from Nikkei claims that Sony will bring ...

Many holiday shoppers looking to snap up the latest Apple iPhone will have to wait until next year because of shortages caused by violent protests at its main plant in China. The protests in Zhengzhou — sparked by low pay at the Taiwan-owned Foxconn plant and China’s draconian COVID lockdown ...

How to Add the Shazam Shortcut on iPhone

Among a million apps that make your iPhone feature-rich, Shazam still happens to be one of our favorite apps. Apple seems to like it a lot too and acquired it in 2018. Furthermore, Apple has integrated it into iOS system features, and we can easily add a Shazam shortcut on ...


View more: How to Add the Shazam Shortcut on iPhone

China Covid protests could lead to iPhone production hit of up to 10%, Wedbush says

iPhone 14 Pro Max charges faster via MagSafe than its predecessor

MagSafe charging is more efficient on the iPhone 14 Pro Max

Apple's App store has become an ad-infested imitation of its former self, which is not good for iPhone users or developers

How to Enable Stage Manager on iPad

THIS Samsung phone will be powered with satellite connectivity feature same as iPhone 14; Check details here

Review of Apple’s iPhone 14 and iPhone 14 Pro: They’re leaning into it

iOS 16 brings Safety Check, Lockdown Mode, other security features to iPhone: Know all about them