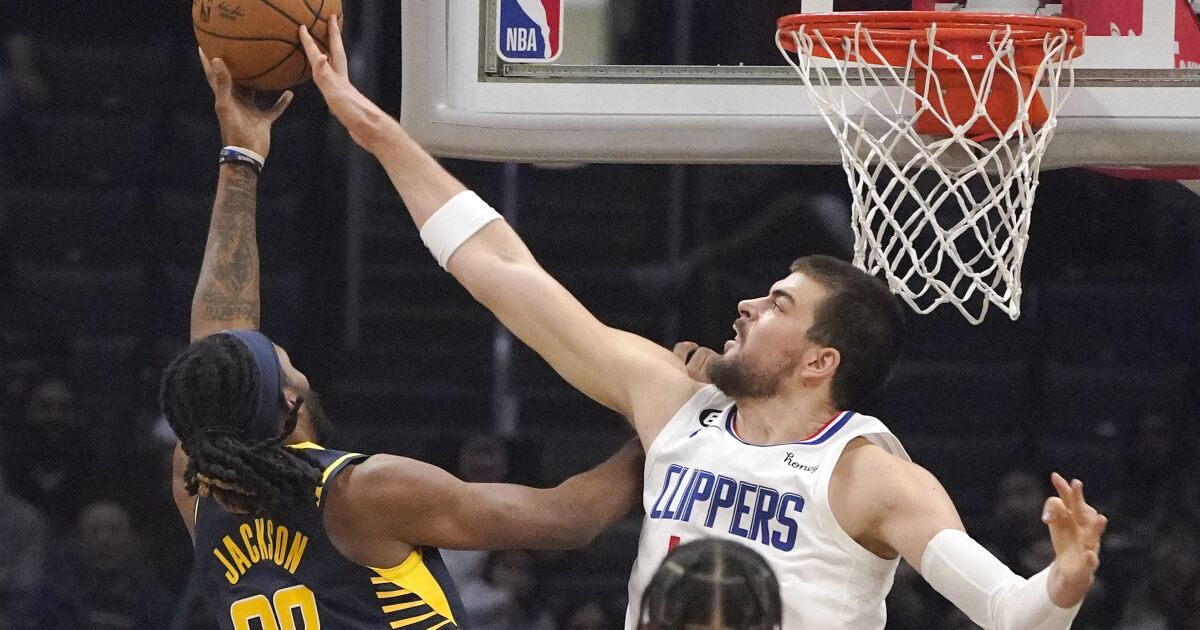 Even without Paul George, Kawhi Leonard and Luke Kennard, the Clippers’ game Sunday against the Indiana was theirs to lose. By the third quarter, the Clippers had already run away with the win.

The Clippers improved to 12-9 in the early season after beating the Pacers 114-100 at Crypto.com Arena.

Indiana (11-8) proved to be a tricky opponent for the Clippers to start the game. Ivica Zubac scored the first points — 14 total in the first, a career high for him in points scored in a single quarter — but it was the Pacers who held the lead for much of the first, leading by as many as eight points.

It was not until John Wall was subbed in toward the end of that quarter that the momentum started to fully shift in the Clippers’ favor.

When Wall was fouled while driving to the basket for a layup with 1.1 seconds remaining in the first, the arena and the Clippers bench rightfully screamed in excitement when his shot dropped for two points.

Wall made his free throw to complete the three-point play, adding some distance for a 35-29 lead.

The Pacers would take one small lead again in the second, but it wouldn’t last.

Zubac had himself quite the game after his 14-point start, finishing with 31 points while shooting 14 of 17 from the field. The center bodied his way to 29 rebounds, including 12 offensive (both career highs) and had three blocked shots.

He became the first Clipper to have at least 20 points and 20 rebounds in a single game since DeAndre Jordan did so on March 21, 2018, in Milwaukee.

Zubac fouled out with less than four minutes remaining in the game. For the effort he put in, the home crowd gave him a standing ovation as he sat back on the bench, replaced by Moses Brown.

The Clippers head to Portland for the first of a two-game road trip on Tuesday.

George (calf strain) and Kennard (hamstring strain), who missed their fourth and sixth straight games, respectively, will not travel with the team.

11/28/22 The Indiana Pacers and Los Angeles Lakers, involved in countless trade rumors over the past few months, were locked in a tight battle on Monday night. LeBron James and the Lakers appeared primed to take their fifth win in six games as they entered the fourth quarter with ...