Jack Grealish has agreed to Graeme Souness ‘ offer of a night out and has also suggested Paul Pogba could follow suit as a plus one.

The Liverpool legend kicked off a back-and-forth between the two after claiming Grealish is not a “great player” and should have improved more since joining City. The 27-year-old became the Premier League’s first £100million player when he made the big-money switch from Aston Villa last summer.

However, Grealish has scored just seven goals and grabbed four assists in 45 matches for the Citizens. And Souness has taken several pot shots and suggested he isn’t moving the ball quickly enough and hasn’t progressed as much as he should under Pep Guardiola.

After Grealish hit back at Souness, the latter spoke to talkSPORT on Thursday morning and extended the offer of a night out to the former Villa skipper: “I’d love a night out with Jack. I’m not sure I could stay with him, but I’d enjoy a night out with him!”

In response to the offer, Grealish posted on social media: “Let’s do it!! As long as I can bring Pogba as a +1.”

Souness has often slammed Manchester United midfielder Paul Pogba for his consistency and performances, after the Frenchman joined the Red Devils from Juventus in 2016. He even mentioned the Frenchman when justifying the fact he doesn’t have a vendetta against Grealish, accusing modern players of being unable to take criticism. The row started when Souness made comments about Grealish ahead of England’s Nations League matches against Italy and Germany. During his press conference, the City winger stated he was simply following instructions from his club boss Guardiola.

Grealish said: “I know before that he [Souness] used to say a lot of stuff about me not moving the ball quicker but when I’m playing for a manager like Pep Guardiola and he’s telling me to keep the ball as much as I can and have the balls to take it everywhere, then that is what I will try to do.

“Listen, if I am not playing well, I know within myself. I always watch my games back and I am very critical of myself. I know that there were games, especially in the second half of last season where I wasn’t at my best at all.”

How many goals will Jack Grealish score this season? Let us know in the comments below! 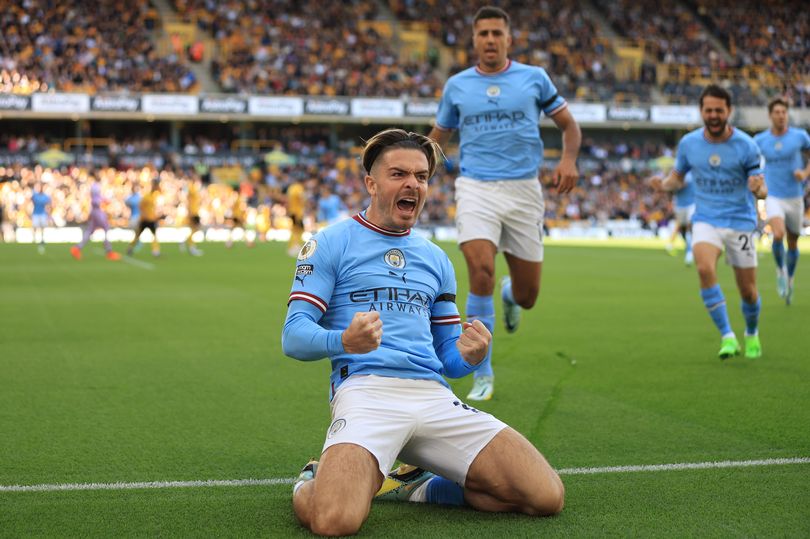 It didn’t take Souness long to respond, however, with the 69-year-old backing up his comments. He told talkSPORT: “I’m sure if I met Jack, I’d really like Jack. I think he’s a cheeky chappy. I’d like to have a night out with him as well! But I just think the modern player doesn’t take criticism very well. I think Jack, you’ll listen to who you want to listen to.

“I’m on Talksport with you guys, which I’m loving. I have a column with the Daily Mail, in which I get a chance to express my opinion and I’m on Sky. I’ve had over 50 years in the game, I think I’m entitled to an opinion.

Burnley were relegated last season after six seasons as a Premier League clubA summer of upheaval followed with a complete overhaul of the playing squadVincent Kompany has come in as manager with a completely new styleThey have started well, losing just once so far, and they sit fourth in the tableBoth Jay Rodriguez and Josh Brownhill believe there's much more to come The pair visited Whitehough Outdoor Centre with Vertu Motors this week


View more: Burnley have made a promising start under Vincent Kompany after the pain of Premier League relegation... but Clarets stars Jay Rodriguez and Josh Brownhill warn they'll only get BETTER as they target an immediate return!

Liverpool and Arsenal 'will battle it out for Norwegian star Andreas Schjelderup'Schjelderup has scored five goals in 10 games this season for Nordsjaelland As a result, the 18-year-old striker been dubbed as the 'next Erling Haaland'As it stands, Schjelderup's current contract in Denmark is set to expire in 2024


View more: Liverpool and Arsenal are 'set to battle it out for Norwegian wonderkid Andreas Schjelderup'... with the 18-year-old, dubbed the next Erling Haaland, impressing scouts with five goals in 10 games this season

JACK GREALISH reunited with his best mate for a night out – and wore a floral Gucci shirt for the occasion. The Manchester City and England international, 27, let his hair down before the return of Premier League football this weekend. Grealish shared this picture on his social mediaCredit: ...

Erling Haaland is the future of elite attacking football, while Cristiano Ronaldo represents a fading, and expensive, force


View more: Contrasting fortunes in spending and success mean Manchester derby only a barometer of progress for United

It will be full-steam ahead to rack up the points before an outrageously interrupted season breaks off once more; nothing will be won in this period, but title challenges, places in the team and even jobs could certainly be lost during it


View more: Juventus ‘are ready to offload Manuel Locatelli in January with Arsenal waiting in wings to land Italy midfielder’

Phil Salt was pleased to repay England's faith after he put a lean T20 series against Pakistan behind him with a magnificent match-winning knock in Lahore.

Arsenal vs Tottenham: Hotheads Gabriel Jesus and Richarlison to be let off leash in fiery North London derby

All or Nothing: Tottenham destroyed Arsenal's top-four dream last season and it was all caught on camera by Amazon. Can Mikel Arteta rewrite the script or will it be another horror show?

Paine in a 'good place' for cricket return

Troy Deeney: Bellingham should snub Liverpool to be a Real Madrid superstar… he’ll be England captain by next World Cup