‘I wrote an entire script for the sequel, read it and realised that it did not get to level three. Boom. Start over,’ director said 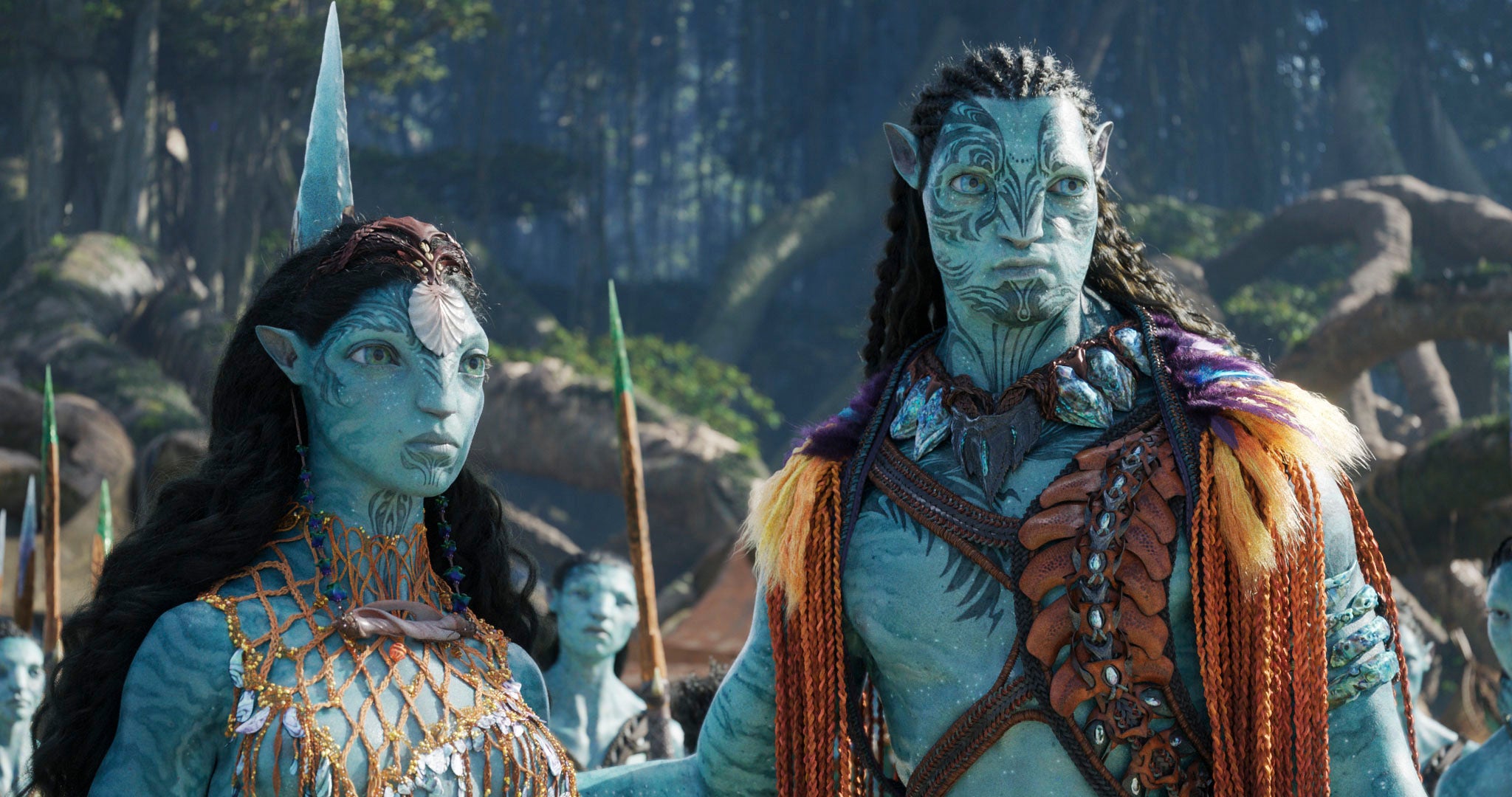 James Cameron has revealed that a full screenplay for Avatar 2 was tossed out because he wasn’t happy with it, despite it taking a year to write.

Avatar: The Way of Water comes 13 years after the record-breaking original grossed nearly $2.85bn (£2.5bn) and is set for release in December.

“When I sat down with my writers to start Avatar 2, I said we cannot do the next one until we understand why the first one did so well,” Cameron told The Times in a new interview. “We must crack the code of what the hell happened.”

What were the conclusions of his team’s research? “Well, all films work on different levels. The first is surface, which is character, problem and resolution. The second is thematic. What is the movie trying to say? But Avatar also works on a third level, the subconscious,” the director explained.

“I wrote an entire script for the sequel, read it and realised that it did not get to level three. Boom. Start over. That took a year.”

Asked if spending years on scripts just to can them was the reason why audiences had had to wait 13 years for a sequel, Cameron replied: “Well, I was also off doing deep-ocean exploration for a while.” 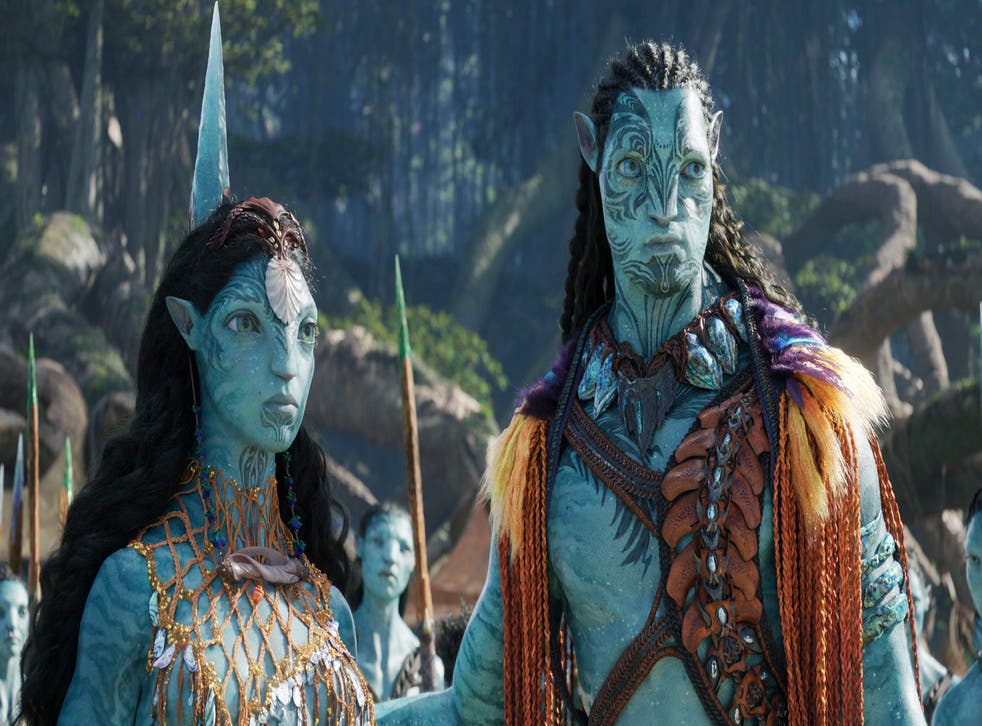 Avatar 2 was quickly branded “the most insanely complicated movie ever made” after footage of the film was released in August.

Kate Winslet, who stars in the sequel alongside Sigourney Weaver and Sam Worthington, previously revealed that she beat Tom Cruise’s record for underwater filming, holding her breath for seven minutes and 14 seconds.

Avatar: The Way of Water is out in cinemas 16 December.

'Heartbroken' family pay tribute to Guardsman, 18, found dead in his barracks just days after walking alongside Queen's coffin as they prepare to release balloons in his memory

Video: EXCLUSIVE: John Fury offers to fight Eddie Hearn for FREE on the undercard of Tyson Fury vs Anthony Joshua if AJ and his team sign the Battle of Britain contract

Rain could dampen prospects for thousands of London Marathon runners

London roof gardens: secret green spaces in the heart of the city — all free to visit

Meet the young people from a unionist background who support a united Ireland. Andrew Clarke, 26, and Peter Adair, 21, grew up with religious and cultural influences associated with a British identity. But the pair are joining a major nationalist conference being held in Dublin on Saturday to rally support ...


View more: Meet the young people from a unionist background who support a united Ireland

Premier League – Burnley v Aston Villa Aston Villa have rejected Manchester United’s rumoured approach for influential goalkeeper Emiliano Martinez, according to a new transfer update. The Lowdown: United keen on Martinez The Argentine has been a hugely impressive performer for Villa since joining from Arsenal back in 2020, ...

The Premier League is home to some of the best strikers in world football. There’s been something of a renaissance of a proper No.9 with the arrivals of Erling Haaland and Darwin Nunez this summer. Both are old-fashioned strikers. Big, strong, quick and only interested in scoring goals. But strikers ...


View more: Every Premier League club's star striker has been ranked into five tiers from A-E

Camilla now has the title of Queen Consort after her husband Charles became King The Queen Consort has axed a Royal Family tradition that was reportedly close to the Queen’s heart. Camilla made the decision to scrap the the centuries-old tradition of having ladies-in-waiting, it has been claimed. It ...

Every driver knows that speed bumps can be a menace, especially when fuel prices remain high. The constant slowing down and acceleration negatively affect fuel consumption and can lead to motorists spending much more money on petrol and diesel. However, a trick allows drivers to improve their car’s fuel economy ...

'Avoid conflict!' Drivers warned of £1,000 fines for letting an ambulance go past

British motorists could face fines up to £1,000 for letting an ambulance go past incorrectly. Drivers have been warned that they must remember to obey the usual driving laws when making way for an emergency vehicle. While the Highway Code clearly states that road users must give way to an ...

null I cancel streaming services all the time. It’s really easy, provided you remember to do it, and it helps you clear some space in your budgets (or save for holiday gift giving). Near the start of this year, I canceled Netflix — and came back. That practice is ...


View more: I would cancel Netflix, Hulu and Apple TV Plus in October — here’s why

Frightening moment man, 24, shouting 'shoot me' at police is gunned down on the main street of a busy tourist town as witnesses who mistook the fatal shots for fireworks reveal what sparked the incident

Video: Frightening moment man, 24, shouting 'shoot me' at police is gunned down on the main street of a busy tourist town as witnesses who mistook the fatal shots for fireworks reveal what sparked the incident

I went behind-the-scenes on an 'Outlander' tour in Scotland. Here's how scenes from TV matched up to real life.

'This is a bigger problem than football': Rio Ferdinand calls for 'sanctions' to be put in place to punish racist abuse after Richarlison had a banana thrown at him - as ex-England defender admits he is 'tired' of constant discussion on racism

Gun-obsessed man, 22, is accused of buying child exploitation material from a teenager - as his outrageous Instagram description is revealed

'I find myself picking at scabs that I'd rather not': Paul Bettany says he thinks about his late brother's death when filming emotional scenes as he poses for suave Gentleman's Journal shoot

Video: 'One of the hardest things I've ever had to do': Evan Peters admits he was 'scared' to play serial killer Jeffrey Dahmer in Netflix show - after series faced LGBTQ backlash

Video: From feeling bloated to unexpected weight loss and unusual bleeding, a gynaecological health expert reveals the signs of five cancers you NEED to know

EXCLUSIVE: Family of ex-RAF pilot who died when he ejected from military jet before it crashed in Italian Alps launch £1million compensation claim

'Caring' student, 18, died from pills overdose in room after friends took her home from night out because she was too drunk, inquest hears

Energy bills to be burned in nationwide cost of living protests

Buccaneers Could Receive Huge Boost On Offense For Chiefs Game

Video: 'It is going to be a difficult winter': Liz Truss warns Britain of tough times ahead as energy bills soar from TODAY while house market stalls and lenders pull mortgage deals - but Kwasi Kwarteng defends mini-budget, saying he 'had no other choice'

TV presenter Sophie Falkiner reveals breast cancer scare after she discovered 'large lump' during Thailand holiday: 'It was quite a shock'

Video: Swathes of lenders pull buy-to-let mortgages due to market chaos, amid fears they will return with much higher rates and force landlords to hike rents

The best student discounts and deals for 2022 - including Domino's, Amazon Prime, ASOS and more