A Japanese whaling company has provoked a wave of criticism from animal rights activists over the installation of vending machines selling whale meat. 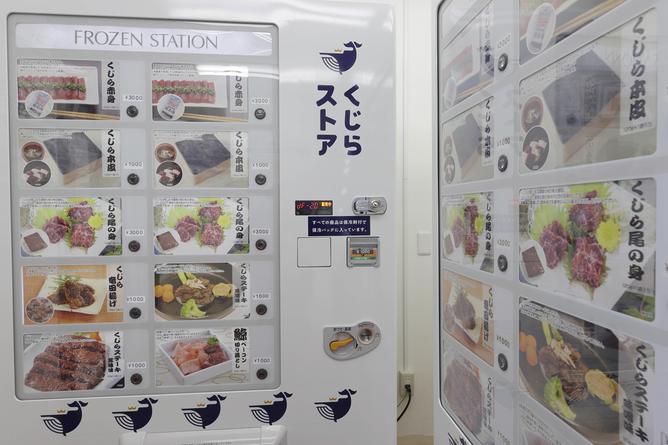 Kyodo Senpaku President Hideki Tokoro said at the launch that many major supermarkets are afraid of being harassed by anti-whaling groups so they won’t use whale.

“So there are many people who want to eat whale but can’t,” he said.

“Therefore, we are opening stores with the thought that we can provide a place where those people can eat.”

The move has been slated by animal rights campaigners, who labelled it a “cynical sales ploy”.

Astrid Fuchs, of Whale and Dolphin Conservation, said in a statement: “This latest cynical sales ploy comes at a time when the fisheries agency in Japan is aiming to expand the nation’s whale-catch quotas – and possibly increase the list of species that can be killed.”

Consumption of whale meat has declined since the 1960s as more traditional livestock including pork, chicken and beef has become more affordable.

Japanese customers ate 233,000 tonnes of whale meat in 1962, according to the country’s agriculture, forestry and fisheries ministry. 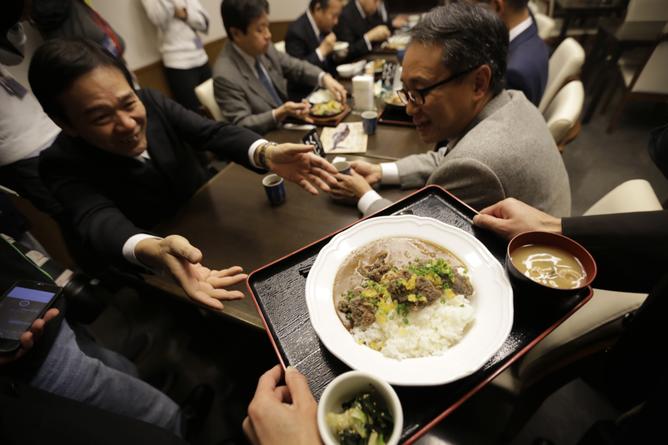 The vending machines have been introduced as part of a drive to encourage the Japanese public to eat more whale meat.

“Some of the items have sold out.”

Man, 55, killed near Geraldton when car he was driving veered off road and crashed into water pipeline

Calls for controversial Stage 3 tax cuts to be scrapped

Photography in London guide: our gallery picks from the new Centre for British Photography to Huxley-Parlour

Out of the spotlight: seven of dance’s hottest hidden talents

Trouble in paradise: the dark anxiety at the heart of Rodgers and Hammerstein’s Oklahoma!

Trump says public education taken over by ‘pink-haired communists,’ plans to give power back to parents

Italy’s government has increased security at its diplomatic missions around the globe in response to “a crescendo of terroristic attacks” by an informal anarchist network acting in solidarity with an imprisoned Italian militant, the foreign minister said Tuesday. Foreign Minister Antonio Tajani cited nearly a dozen attacks since the end ...

Federal Treasurer Jim Chalmers has hinted at further cost-of-living relief as the government fears more Australians will face further financial stress when their mortgages change this year. “We are very concerned about people coming off fixed rates on to much higher variable rates,” he told ABC 7.30 on Tuesday. “That ...

Australian authorities have deployed more personnel and specialized equipment as they continue searching for a small radioactive capsule that fell off a truck somewhere in the Outback. “Today’s delivery will further boost our search efforts and complement the equipment we have been using since the search started last Thursday,” Darryl ...

The inaugural Oceania Mountain Bike Marathon Championships will make its way to WA in 2023 as part of the hugely popular local event, the Dwellingup 100. Riders from all over the Oceania region are expected to take part in the championships on September 16, 2023. Participants will compete against each ...

Fringe Festival is set to return to Mandurah this month with a range of exciting ticketed shows and events at bars, restaurants and cafes. The Mandurah Fringe Festival will serve up an array of great entertainment — many from Perth’s Fringe World event — from February 8-14, including comedy, music ...

This is not the way to get ready for the Super Bowl. The food service director of an impoverished Illinois school district was charged with stealing $1.5 million of food — most of which was chicken wings. Vera Liddell, 66, alleging began stealing from the Harvey School District during the heigh of ...

Dems question Kamala Harris as future president: ‘Don’t know she has what it takes’

Some Democrats are questioning whether Vice President Kamala Harris has the political chops to carry the party’s mantle after President Biden, citing her low-profile in the administration, her well-publicized stumbles with the media and the rough-and-tumble political environment, according to a report.  “Every fiber in my body wants her to ...


View more: Dems question Kamala Harris as future president: ‘Don’t know she has what it takes’

Australians roll up their sleeves for cancer patients

Fears for European airline as all flights are cancelled today

Is it illegal to be drunk on a plane? Flight regulations explained

Will more airlines follow Flybe into the history books?

How to survive your first family holiday abroad

DoorDash driver stops suspect from stealing her car with kid inside

NRL strikes back at claims it rejected pregnancy policy

Australian retail trade falls for the first time in 11 months

Man charged with murder of mum after alleged abduction

Police investigate cause of ATET fire at Docklands

J.K. Rowling on ex-fans’ criticism: I’ll file it ‘where I keep my missing f—s’

Amplified turns it all the way up for the win

‘Gimme a break’: Jeers for Ilhan Omar claim to be unaware of ‘tropes about Jews and money’