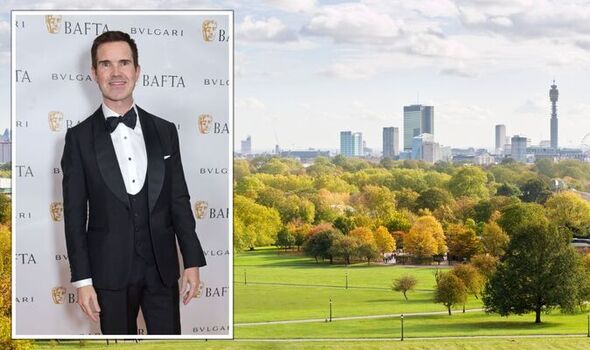 Jimmy Carr has made a successful career out of his dark humour and deadpan delivery. As one of the biggest-selling comedy acts in the world, he has amassed a decent fortune. He has an estimated net worth of $35million (around £28.8million), according to celebritynetworth.com. With a hugely successful stand-up career behind him, his comedy on Netflix and regular gigs presenting on TV, it’s no wonder he can afford to own a property in such a lavish location.

Born in slough, the comedian currently resides in Primrose Hill, which is a sought-after area of the city with many mansions and it is also home to other celebrities such as Lily James, Richard Madden and Daisy Lowe.

Jimmy’s £8.5million home that he shares with his long term girlfriend is particularly breathtaking. The couple bought the property back in 2001 and has spent £1.5million on renovation work including a modern style extension at the back.

The red-brick property has Edwardian features, and also has a large bay window and a stone pillar porch. The large paved driveway with an immaculately kept front garden gives the home a Hollywood type feel.

Primrose Hill is famous for the hill above Regent’s Park which provides stunning views across the capital on a clear day. But adjacent to the hill is a neighbourhood which is best known for its celebrity residents.

Regent’s Park Road is known as the beating heart of Primrose Hill. Here, there are numerous independent shops, cafés and restaurants galore. The uniqueness of the road’s boutiques attracts shoppers looking for something different than the usual high-street stores, and to source fashion from cutting-edge designers.

The area is also famed for its good food, with a few notable restaurants in the area. Odette’s, for example, has been known as a place worth visiting since the Seventies. Owned by chef Bryn Williams, the food is rustic yet elaborate, offering both great value and great taste.

Michael Nadra Primrose Hill is the chef’s second restaurant (his first is in Chiswick), which offers contemporary food in a relaxed environment. It’s hard to find a bad meal in Primrose Hill, with each unique establishment offering its own charming cuisine and atmosphere.

Primrose Hill has its own food market, The Spread, Located on the site of St Paul’s COE Primary School, this market offers fresh produce every Saturday from a wide variety of vendors. On a sunny weekend, it’s perfect to load up on bread and cheese, and wander to the top of Primrose Hill for a picnic.

‘Best temperature’ for houseplants to ‘extend the life of blooms’ [EXPERT]

Primrose Hill feels cut off from the rest of London. This is enhanced by the fact it doesn’t have its own dedicated transport hub.

The nearest Underground station is Chalk Farm, around a 10-minute walk away, and both Swiss Cottage and St John’s Wood are close by too. It is Zone 2, meaning it’s close to the city centre, but far enough away to keep its small-village atmosphere.

In the 90s and noughties, the area was populated by the “The Primrose Hill Set” of model Kate Moss, actor Jude Law and his then-wife Sadie Frost who centred around Supernova Heights, Oasis’ Noel Gallagher’s house at the time.

While many of the original set have moved away, the neighbourhood has been established as a celeb hub. In the years since, Primrose Hill has at different times been home to the likes of Jamie and Jools Oliver, Gwyneth Paltrow and Chris Martin, Rachel Weisz, Daniel Craig, Nick Grimshaw, Rita Ora, Richard Madden, Claire Foy, Jenna Coleman, James Norton, Amber Heard, David Walliams, Lily James, Stefano Gabbana and Harry Styles. 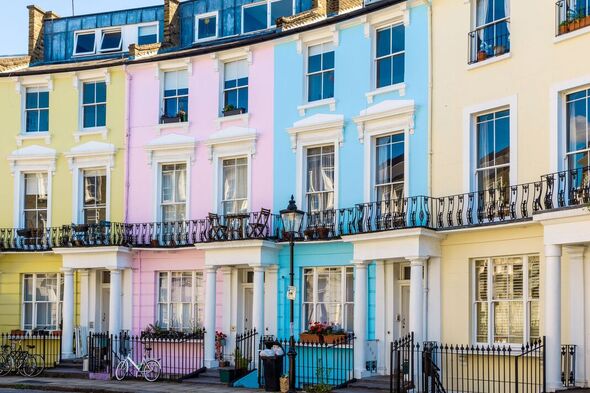 With such high-profile residents, it’s hardly surprising that the average house price in the area is just under £2million.

According to Rightmove, properties in Primrose Hill had an overall average price of £1,827,659 over the last year.

The majority of sales in Primrose Hill during the last year were flats, selling for an average price of £1,128,872. 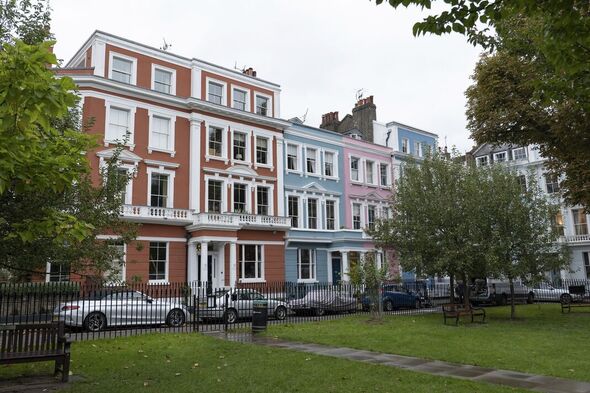 Properties in this area are snapped up fast, desirable as they are. The famed John Nash stucco-fronted Regency townhouses are highly coveted in the southern part of the area, close to Regent’s Park.

Larger later-Victorian townhouses in neat terraces are also popular options. The heavily photographed Chalcot Square is probably one of the best known areas visually, thanks to its tradition of having the houses painted in different pastel shades.

Prices start from around £1million for smaller two-bedroom flats, up to more than £5 million for detached period homes.