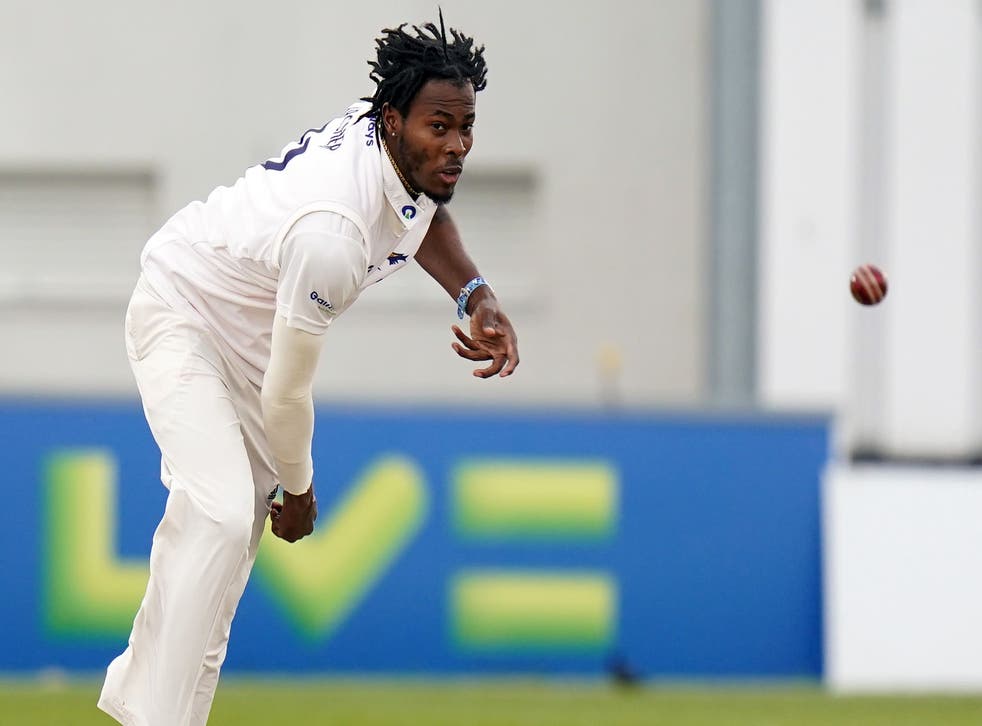 Jofra Archer insists he has no desire to leave Test cricket behind, with England planning a phased return to competitive action that builds towards next summer’s Ashes.

After an 18-month injury nightmare, the fast bowler is two days into his comeback match in Abu Dhabi, bowling nine overs for England Lions against the senior team on Wednesday and following up with a batting cameo on Thursday.

Archer hit two fours and a six as he contributed an unbeaten 20 to the Lions’ 412 for nine, with Haseeb Hameed’s 145 providing the spine of his side’s response to a first-innings 501 for seven.

The 27-year-old’s reappearance in red-ball cricket has been an encouraging sight for England fans, many of whom must have feared his fitness problems, which include a longstanding elbow problem and a stress fracture of the back, could draw an early end to his Test career.

But he remains optimistic about his future as a three-format player.

“It was really nice, yesterday was a really, really big day. A small day but still a big day. I will say I’m fully back.

“Obviously to get back to the first team is my number one priority but also getting back there as safely as possible. I’d rather take these last few months very seriously, more serious than probably all of the rehab, because once this phase goes right then it can set me up for the next three to four years injury-free.

“I would love to play every game, but I don’t think the physio would let me. Our squad is strong enough that I can play all formats all year round.”

Archer’s schedule is set to include a brief appearance for new T20 franchise MI Cape Town in the new year, white-ball tours of South Africa and Bangladesh, with next summer’s Ashes series a longer-range target.

For now, the Test side will have to do without him. Their bowlers got overs under their belt against the Lions but with over 900 runs scored across the first two days it has been hard labour for both attacks.

Hameed shared a 179-run first-wicket stand with Tom Haines (82) while there was a total of 52 boundaries and nine sixes. Ollie Robinson was the cheapest of the bowlers, taking one for 47 from his 12 overs while Liam Livingstone sat at the other end of the scale, conceding 80 off eight overs but taking two batters with him. Fellow spin bowling all-rounder Will Jacks and first-choice slow bowler Jack Leach each took two for 69.

James Anderson, preparing for his first Test appearance in Pakistan after 19 years of international cricket, was the man to end the 172-ball stay of former Lancashire team-mate Hameed when he trapped him lbw.