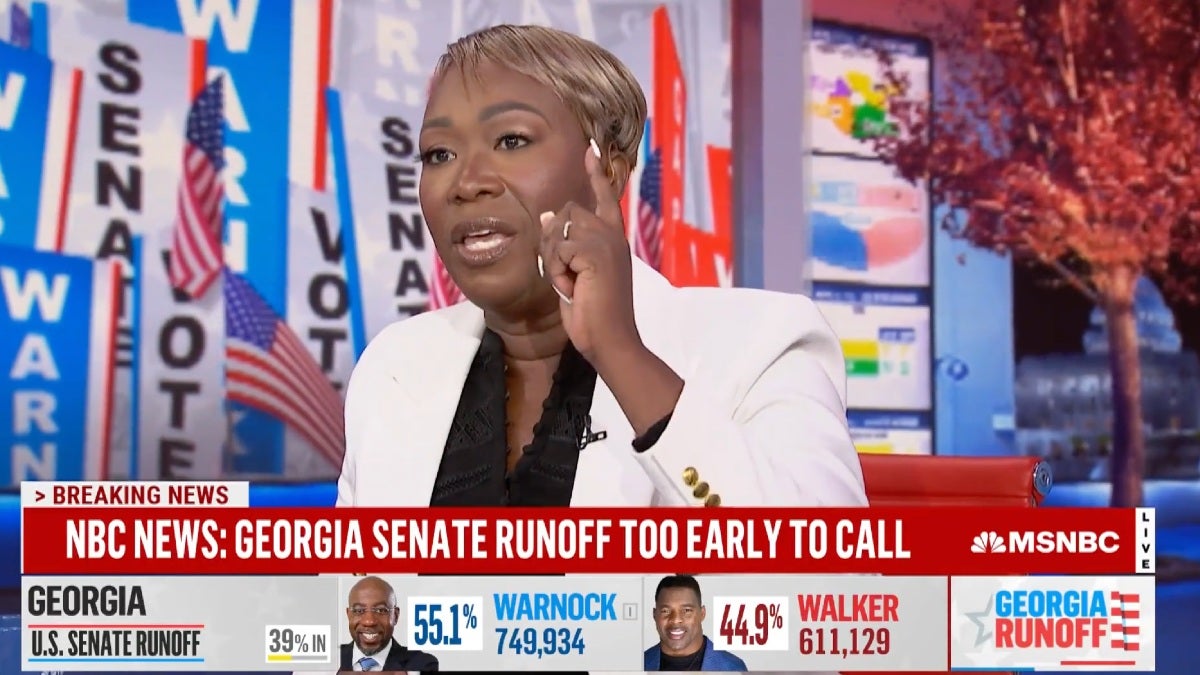 Reid, talking among a panel of anchors and analysts during the network’s coverage of the special election, discussed a trip she took to Georgia, during which she talked to potential voters.

“While I was down there, the word I heard the most, particularly from Black voters in Georgia, was representation,” Reid said.

Reid said between the candidates there was only one who “proves America is not racist,” and it was “clearly Warnock.”

Reid added that Warnock has addressed the needs of Georgia in healthcare and agriculture while “Herschel Walker can barely put a sentence together.”

Reid continued her verbal lambasting of Walker by mentioning his defense of a racial epithet on TV by spinning it into a “compliment about himself.”

“This is a great lesson for Republicans,” the host of “The ReidOut” said. “The answer to solving your demographic problem is to not put forward a candidate like this of such low quality. It’s an insult to Black people, and they felt insulted.”

Watch video of the segment below.