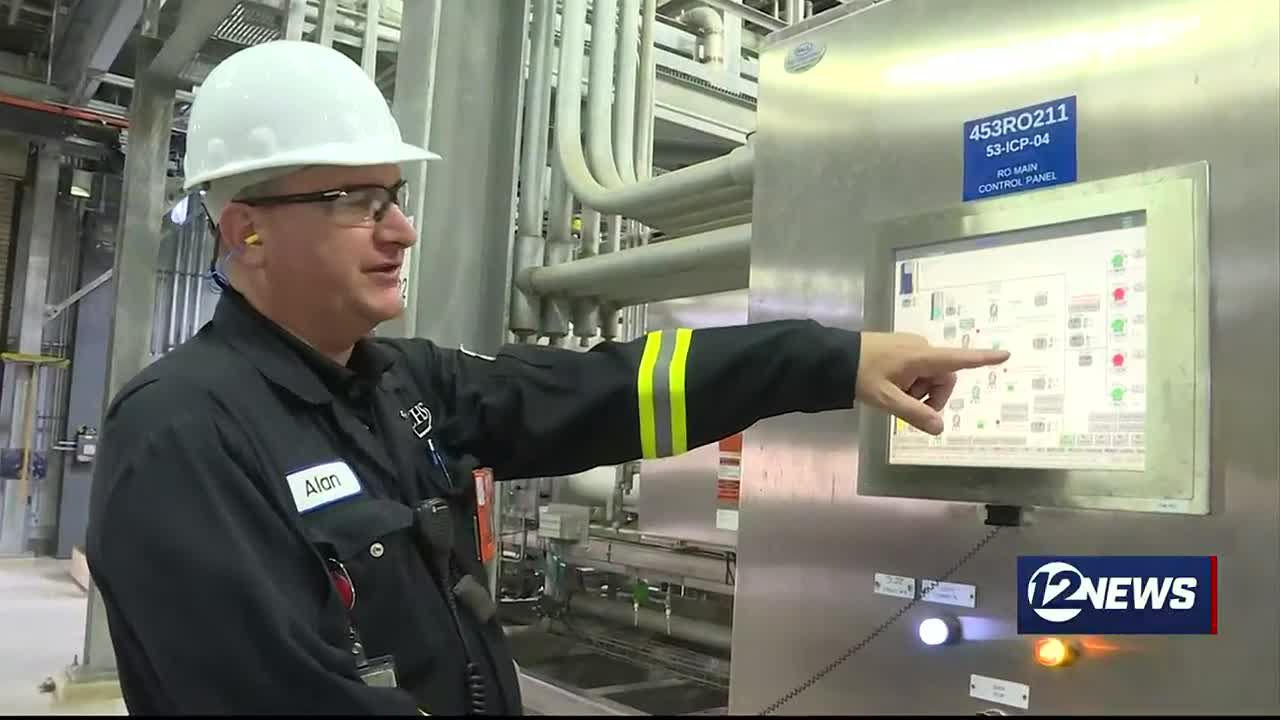 MCPHERSON, Kan. (KWCH) – A Kansas refinery is rethinking how it accesses water for diesel and gasoline production. The CHS Refinery at McPherson is taking a different approach to saving water, utilizing wastewater instead of drawing from the Equus beds that see a lot of usage across the state.

The company said using the Equus beds as its source for getting water to produce diesel and gasoline was having an adverse effect.

“It was showing a decline of about one foot per year. It was obvious we needed to do something,” said CHS Senior Process Engineering Specialist Alan Burghart.

“We’re saving approximately 700 gallons a minute, which equals about a million gallons a day,” Burghart said.

Since the treatment plant’s completion in 2015, the efforts are already appearing to have positive effects on the environment, with signs that the aquifer is stabilizing and recharging. As water needs continue to shift, Burghart is hopeful ingenuity to conserve the vital resource will spread.

“We’ve spent a lot of money to do what we believe was good for the environment and good for the community,” he said.

Burghart said two additional projects will reclaim the refinery’s own wastewater, saving an additional 300 gallons per minute. When completed, he estimates CHS’s production would use about 50% treated water.

NEW YORK — Twenty one years ago, Saint Nicholas Greek Orthodox Church and National Shrine was destroyed when the South Tower collapsed. On Tuesday, it was reopened to the public after years of financial setbacks and construction delays. Parishioners attended mass inside the new church on the same day the Greek ...

Giants sign outfielder Mitch Haniger The San Francisco Giants are officially on the offseason board, with their first big signing of the year. It’s not the outfielder that they were rumored to sign on Tuesday (though there’s still time), but it’s a nice move nonetheless, as they agreed to ...

Queens man recounts night he was drugged and robbed of $2,000 after going to Hell's Kitchen nightclub

NEW YORK — A man who says he was drugged and robbed at a Hell’s Kitchen nightclub is sharing his story in hopes of preventing it from happening to others. It comes as police investigate a string of similar incidents at gay bars in the neighborhood, CBS2’s Lisa Rozner reported ...


View more: Queens man recounts night he was drugged and robbed of $2,000 after going to Hell's Kitchen nightclub

The military just made a once-in-a-generation decision. Here’s what to know about the V-280 Valor. The V-280 Valor was chosen to be the Army’s next Black-Hawk-type aircraft. The US Army just announced that it has made a historic decision about how its soldiers will be transported around battlefields in the ...

Where does the airport go from here after city approves new contract?

Airport contract TWIN FALLS, Idaho (KMVT/KSVT) — On Monday night, City Council approved a new agreement the City of Twin Falls has reached with SkyWest Airlines in an effort to keep service in Twin Falls – something some citizens were really concerned about. “We’re afraid that people like us ...


View more: Where does the airport go from here after city approves new contract?

Woman Beaten to Death With Unknown Object in Philly Home

Woman Beaten to Death With Unknown Object in Philly Home A woman was found beaten to death inside a home in Philadelphia’s West Mt. Airy neighborhood Tuesday morning. Officers responded to the Park Lane home, near Blue Bell Park, shortly before 10 a.m. to find the woman — who ...

Robert Downey Jr. Is Now Speaking Up About Quentin Tarantino

Driver Pulls Over to Record Bigfoot Walking Through Open Field

How safe is the tap water on Long Island? New map shows amount of toxic chemicals

REVEALED: Late 'Fame' Star Irene Cara Was A 'Recluse' Who 'Didn't Talk To Anyone' Before Her Mysterious Death At 63

Jamie Dimon says Americans are spending all their money because of inflation—and that could tip the U.S. into a recession next year

Jim Cramer Says Crypto Is A 'Gigantic Con': Why He Sold Bitcoin, Ethereum Near The Top

Black Santa, the KKK and why Justice Samuel Alito is facing calls to leave the Supreme Court

Housing Market Predictions For 2023: Home Prices Set To Fall For The First Time In A Decade

S.F.’s Great Highway will remain car-free on weekends until 2025. This is how city will decide its future beyond that date

Golden Gate Bridge suicides: A history of fatalities, and how further tragedies may be prevented

Cramer's Lightning Round: I Like Advanced Micro Devices Over Micron

Say what you want: Kirstie Alley never backed down from defending Scientology

Val Kilmer Had A Secret Weapon Working On Tombstone

Stunned onlookers watch as fleet of robots line up at crosswalk

Lawsuit Alleges South Side Woman Was Swindled Out of $400,000 by Financial Adviser Who Used Money to Fund Film Production Company

A Giant Has Fallen at the World Cup

Moscow, Idaho police chief breaks down in tears over university murders investigation: 'It affects us'

Suspects rob $80,000 worth of cellphones from T-Mobile store

Before David Gilmour, Pink Floyd Tried To Recruit Another Guitar Legend To Join The Band

10 Tallest Bridges In The U.S.

Gov. Walz: Part Of $17.6B Surplus Should Go Directly Back To Families