Viscious murderer Lee Nevins is on the run again after absconding from prison for a second time.

Nevins and his accomplice Mark Lang were jailed for life for the sadistic killing of disabled 20-year-old Lee Jobling at his Gateshead home in 2006.

Less than two years into his life sentence, Nevins escaped while being taken from Frankland Prison in County Durham to Sunderland Royal Hospital for treatment of a hand injury.

A huge manhunt was launched and he managed to spend a week on the run before finally being arrested in Scotland.

The violent criminal, now 39, is once again at large after absconding from an open prison in Derbyshire, nearly 16 years after being convicted of the murder. 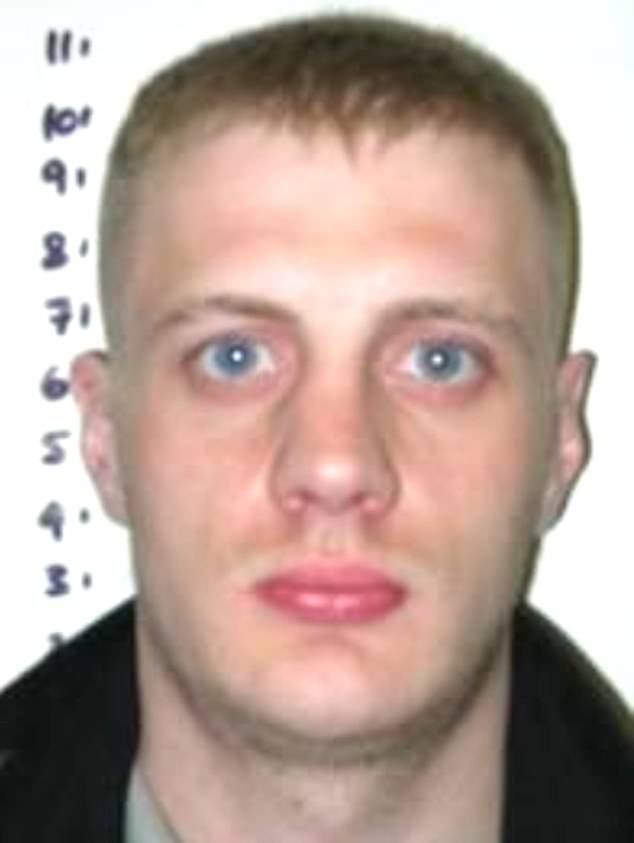 Convicted murderer Lee Nevins (mugshot above) is on the run for a second time, after absconding from an open prison in Derbyshire

A Prison Service spokesperson said: ‘HMP Sudbury is working with police to recapture Lee Nevins quickly and on capture he faces longer behind bars.’

HMP Sudbury in Ashbourne is a Category D prison, meaning it has a more relaxed regime and houses prisoners defined as ‘those who can be reasonably trusted not to try and escape, and are given the privilege of an open prison.’

Nevins and Lang battered Lee to death in his own home after gatecrashing a party.

The horror killing came after years of Lee overcoming the odds to survive a childhood blighted by tragedy.

He was just six when his mum Shirley, who was divorced from his dad, died suddenly from a brain hemorrhage.

Lee and his two brothers went to live with his aunt and uncle, Angela and Garry Knotts, at their home on Gateshead’s Leam Lane estate.

Then, at just 15 years old, Lee suffered serious head injuries after falling from a bridge while out playing with friends and spent two weeks in a coma.

The accident left Lee with brain injuries, walking with a limp and suffering from memory problems. 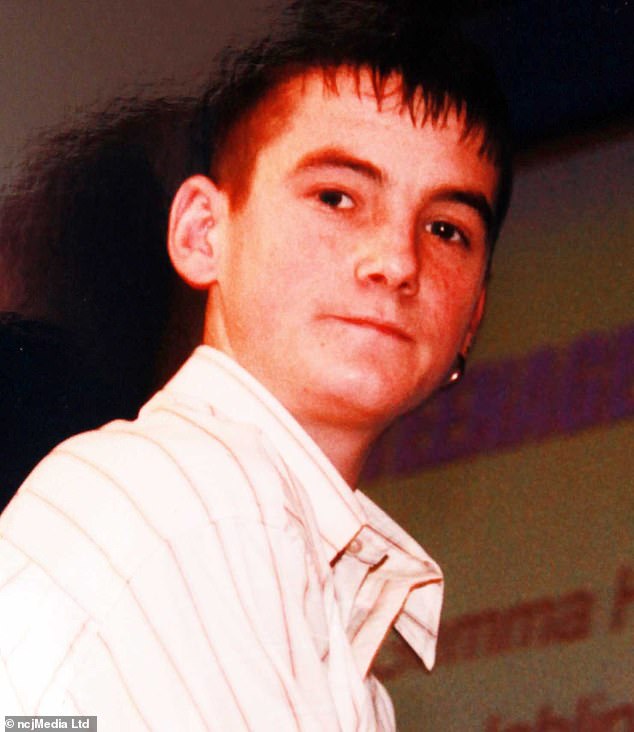 With the support of his family, Lee battled on and, although he was not well enough to work in the months before he died, he had moved into his own flat not far from his aunt’s.

On Saturday, April 8, 2006, Lee invited friends to his flat, on Cotemede, for some drinks.

However, word of the gathering spread to the local pub and Nevins and Lang made their way to his home after closing time.

High on drink and drugs, the pair, who did not even know Lee, did not leave with the other guests, but stayed in the flat, where they launched their prolonged attack in the early hours.

Nevins and Lang taunted and mocked Lee before repeatedly punching and kicking him in the head.

When paramedics forced their way into Lee’s home, they found him lying unconscious, his face covered in blood.

Nevins, then 23, of Leam Lane, and Lang, then 24, of Harlow Green, Gateshead, were eventually charged with murder.

They pleaded not guilty but, after a two week trial at Newcastle Crown Court in which both killers tried to blame each other, they were both convicted of the brutal crime.

Judge John Milford gave them both life sentences, ordering that Nevins, who had previous convictions for violence, serve a minimum of 17 years, and Lang at least 16.

He told them: ‘For your own amusement, you bullied him, setting on him and causing his legs to be tied with wire.

‘Later you set about him again, striking no fewer than 12 blows aimed at his head.

‘The attack was prolonged and he was left in a dreadful state.

‘You attacked him so you could derive pleasure from his suffering and suffer he did, of that I am sure. I have observed you throughout this case. Neither of you has shown an iota of remorse.’

He warned they would only be released when it was considered safe to do so and both would remain on licence for life.

After Nevins’ first escape in 2008, a damning report revealed a series of blunders by prison staff that allowed it to happen.

A Prison Service investigation found guards failed to search the killer or even securely attach handcuffs or restraints.

Nevins was also able to smuggle his address book and paper clips from his cell to help make his getaway. 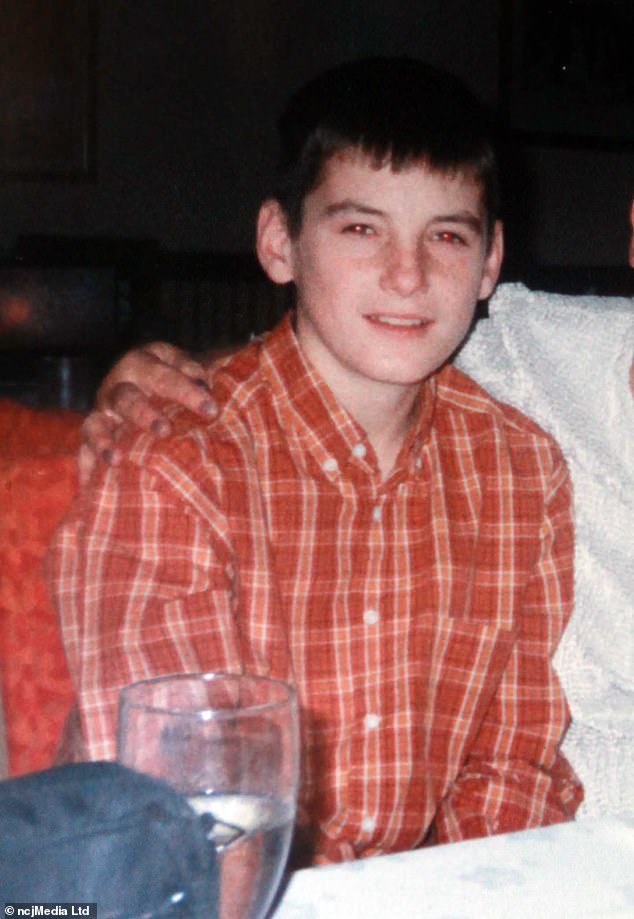 Bungled attempts to track him down meant he roamed free on the streets for nearly a week.

The killer was also aided by the fact he had been allowed to visit the hospital in civilian clothing, not prison uniform.

During Nevins’ days on the run, Newcastle Central Station was put into lockdown for for 40 minutes after a tip-off that turned out to be a false alarm.

A £1,000 reward was also offered for information leading to Nevins’ capture and several people were arrested.

Northumbria Police Superintendent, Gordon Milward, however, insisted that Nevins was not a danger to the general public.

He said: ‘My current assessment is that he does not pose a danger to the public at large, but there is clearly a need to return him to prison.

‘We are treating this as a matter of emergency, and we are looking specifically at individuals who were involved in him being put in prison. I want to make sure that there is not a direct threat.

‘We will take whatever measures we feel are necessary.

‘And we are doing everything to ensure he doesn’t leave the country.’

Nevins was eventually arrested after he was spotted by a police officer in Tillicoultry, near Stirling, in Scotland.

Police said he gave himself up without a fight and was taken to a police station in Scotland.

Supt Milward announced: ‘An officer spotted him, identified him and arrested him.’

Nevins later admitted escaping lawful custody at Peterborough Crown Court and was given a 12 months prison sentence to run concurrently with his previous sentence.