The new monarch is to be known as King Charles III of the UK and 14 other realms, officials confirmed, hours after Queen Elizabeth II died on Thursday, setting in motion the accession of the new ruler.

His wife, Camilla, Duchess of Cornwall, is to be known as the queen consort, or Queen Camilla, fulfilling a wish made earlier this year by Queen Elizabeth on the 70th anniversary of her reign.

As first in line to the throne, the 73-year-old new British monarch has spent his whole life preparing for the role.

He is the oldest British monarch to ascend to the throne.

“The death of my beloved mother, Her Majesty the queen, is a moment of the greatest sadness for me and all members of my family,” he said in statement.

“We mourn profoundly the passing of a cherished sovereign and a much-loved mother.”

The task to prepare him for his future role fell to his father, Prince Philip, the Greek-born consort and husband of Queen Elizabeth, who died two months short of his 100th birthday in 2021.

Michel Faure, author of Charles, King of England, published last year, said that Prince Philip had doubts about his son’s fitness to reign. But he has shown signs of having overcome them.

With the queen concentrating on “taking care of the kingdom”, it fell to the duke to raise the royal children. Mr Faure said Prince Philip wanted to make his eldest son into a man.

Mr Faure says that, in many ways, the pressure paid off.

“As he got older, Charles began riding, took up the sports his father played, followed him into the Royal Navy,” he said.

“He began to trust himself and also earned some confidence from his father.” 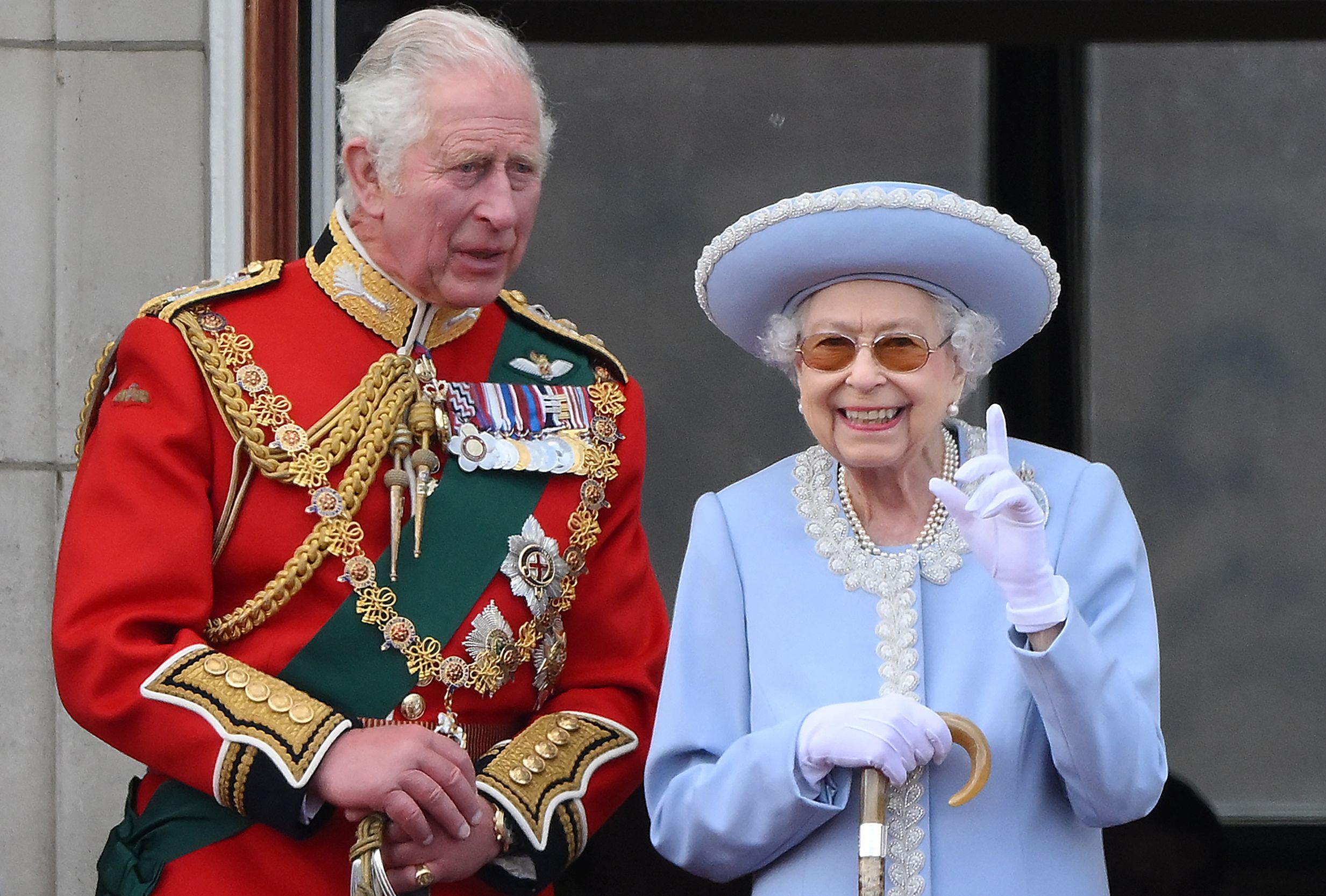 Queen Elizabeth II stands with the Prince of Wales during the platinum jubilee celebrations. AFP

Queen Elizabeth previously had a difficult relationship with Camilla, whom she used to call “that wicked woman”, biographer Tom Bower said.

She refused to attend Prince Charles and Camilla’s civil ceremony in 2005 and it is said she did not to speak to her new daughter-in-law at the afternoon reception.

Much of the bad feeling came from Camilla’s role in the breakdown of Prince Charles’s marriage to Diana, Princess of Wales.

Biographer Sally Bedell Smith previously revealed the queen’s fears over the divorce between her son and Diana but characteristically, it was not a topic that was much discussed in the monarch’s close circles. 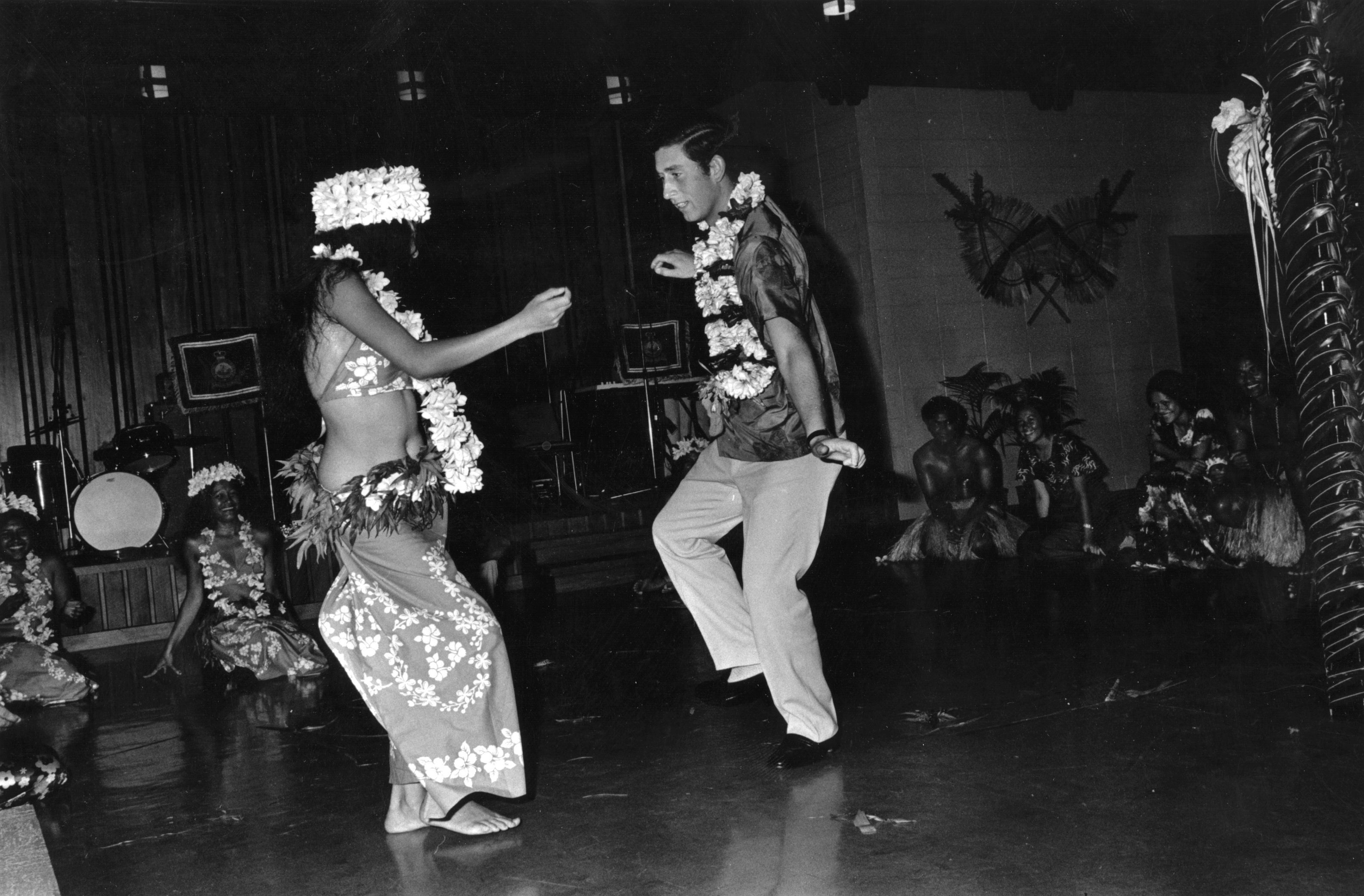 Prince Charles dances with a woman at a social function held in his honour during a royal tour of Fiji in 1974. Here, ‘The National’ looks back at the Prince of Wales’s tours through the years. All photos: Getty Images 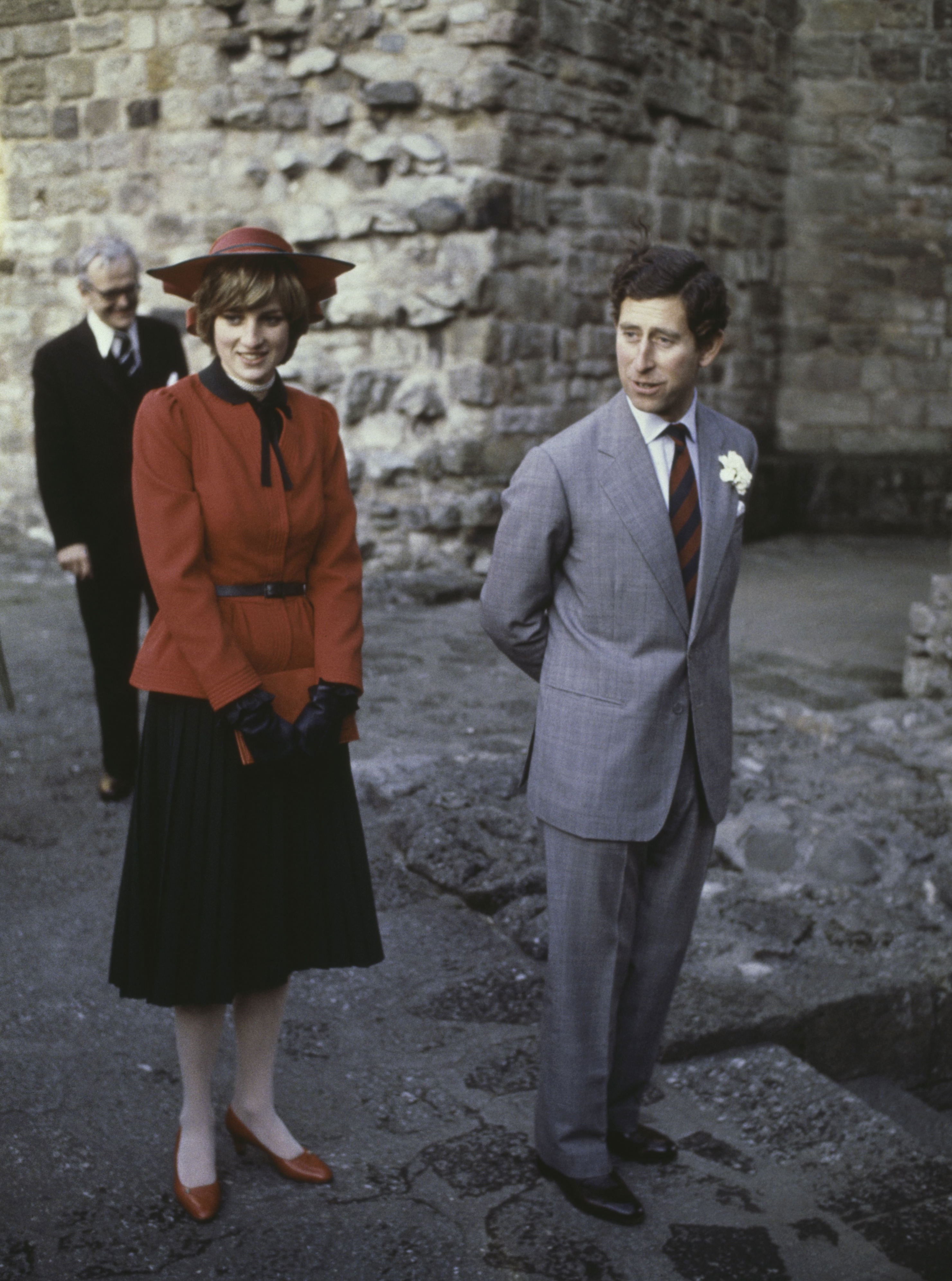 Prince Charles and Princess Diana at Caernarvon Castle during an official tour of Wales in 1981. 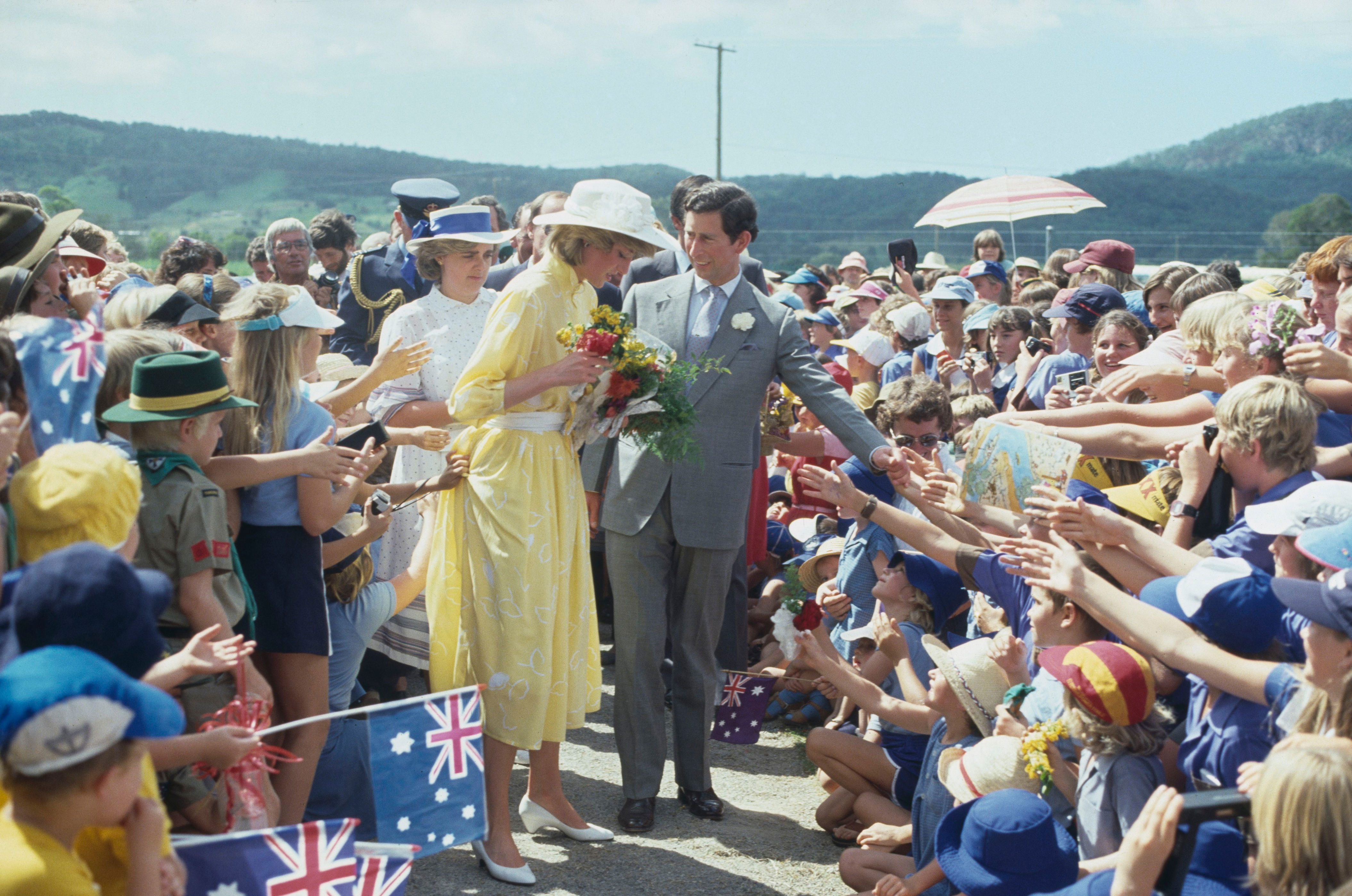 Princess Diana and Prince Charles visit Yandina Ginger Factory in Queensland, Australia, during the royal tour of Australia in 1983. 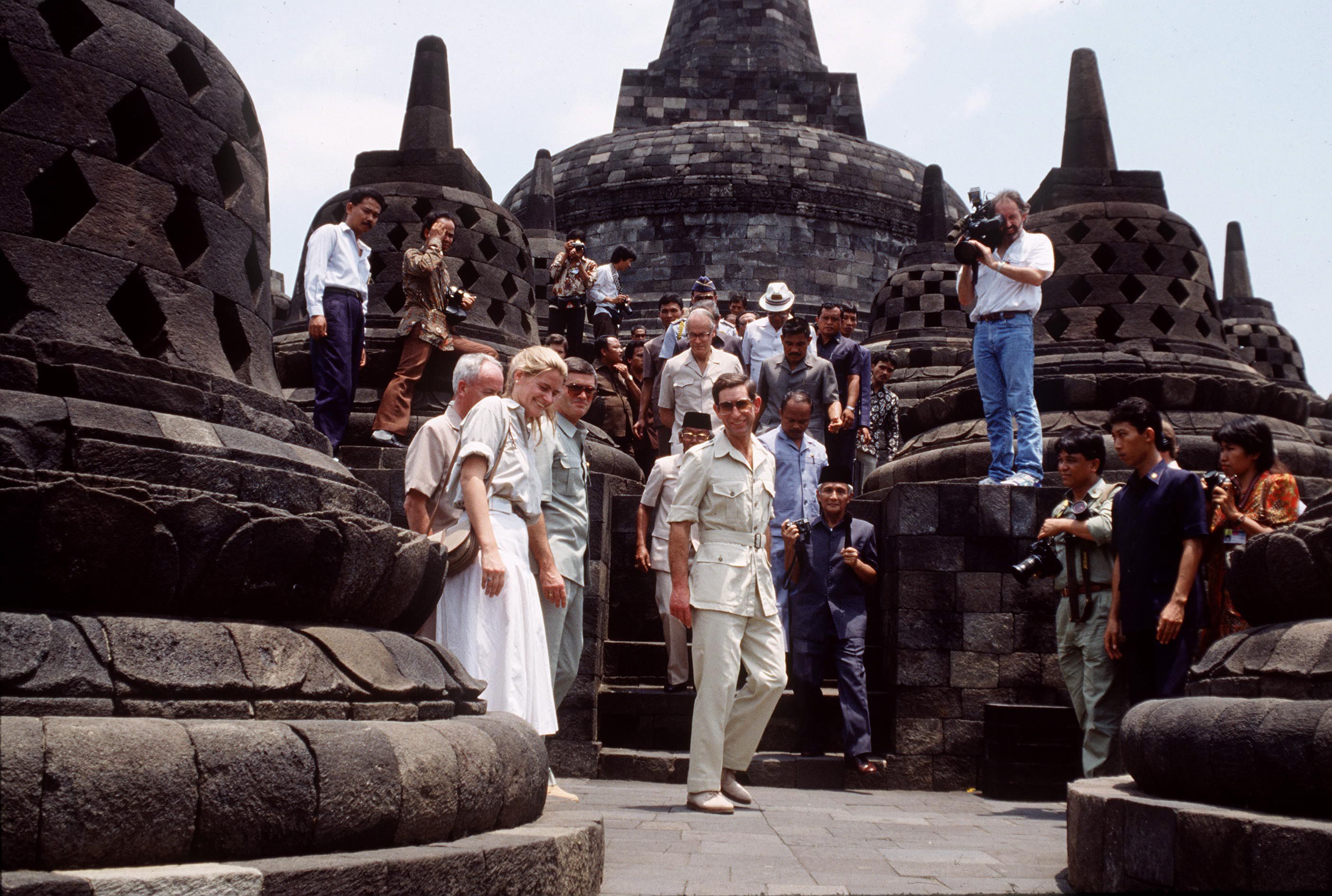 Prince Charles during his tour of Borobudur Temple, East Java, Indonesia, in 1989. 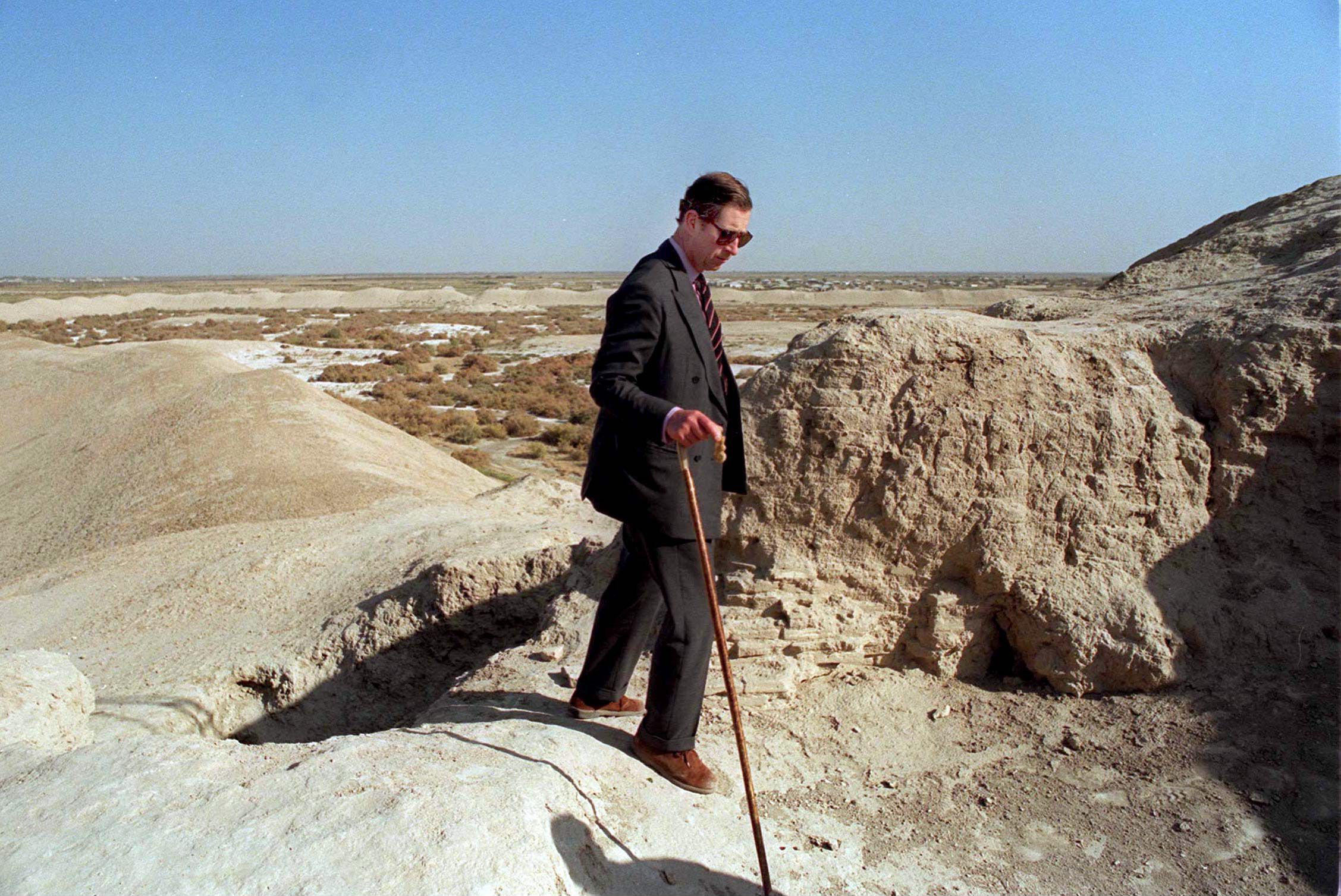 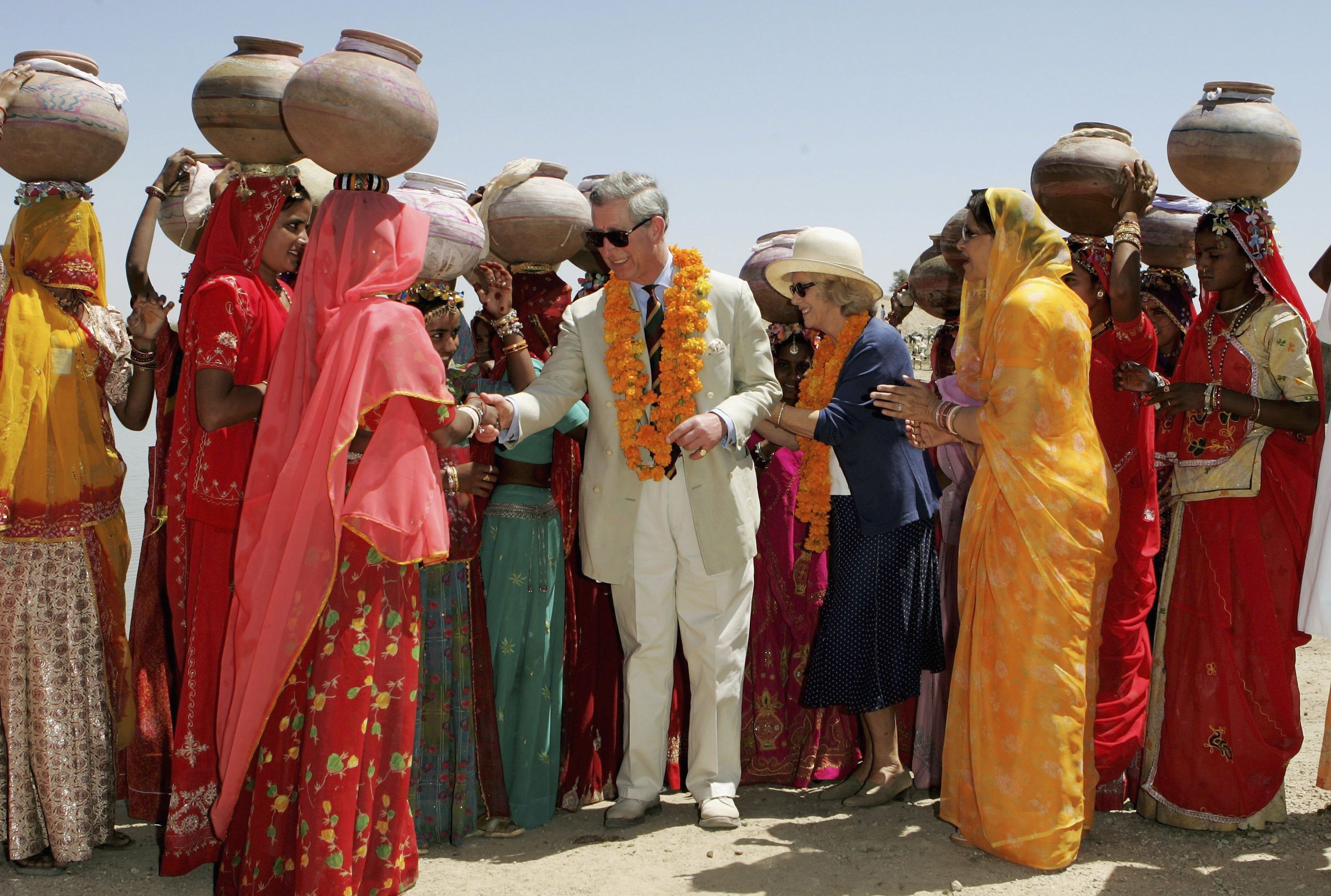 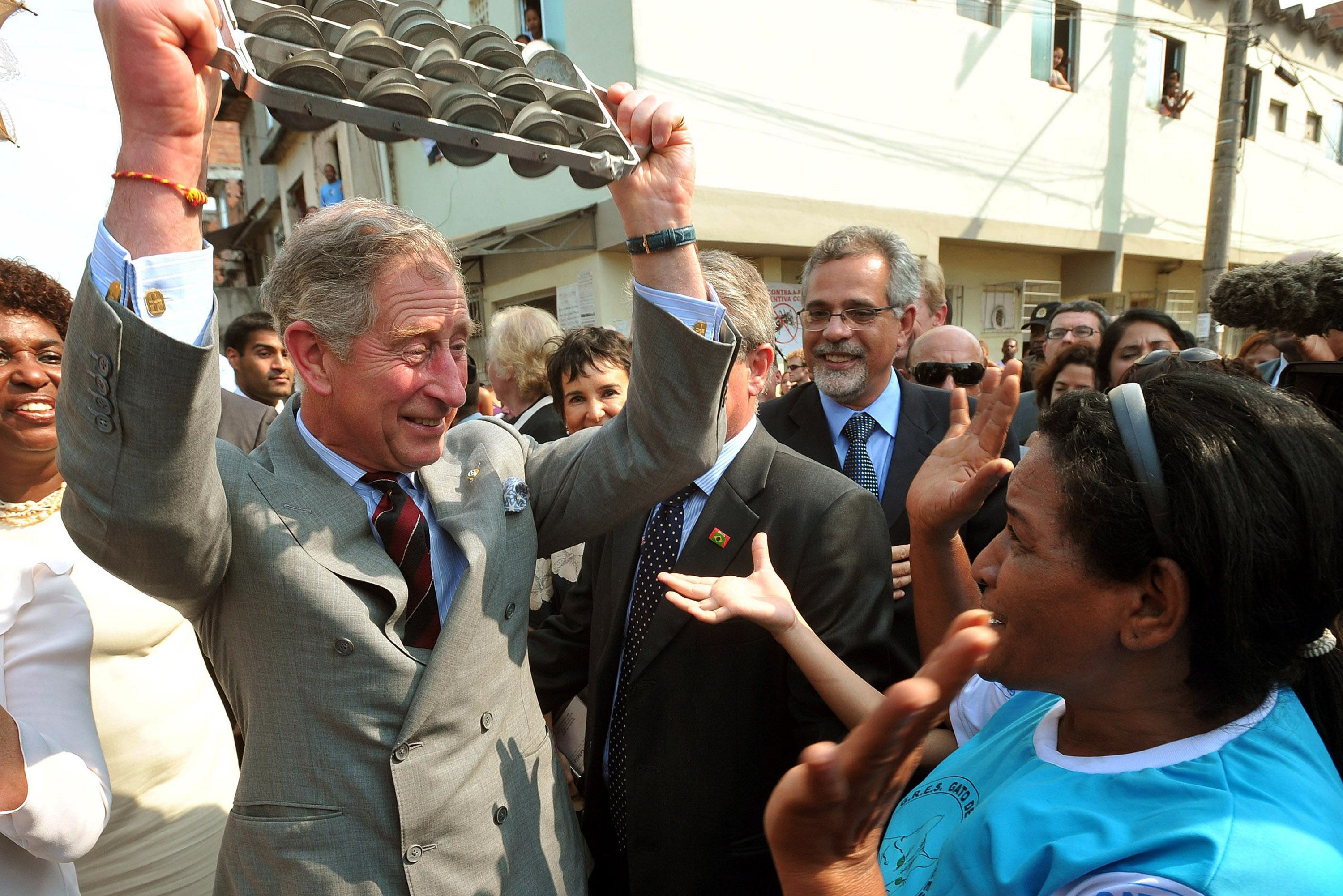 Prince Charles joins samba dancers as they perform during his tour of the Marie Complexo Favela in 2009 in Rio de Janeiro, Brazil. 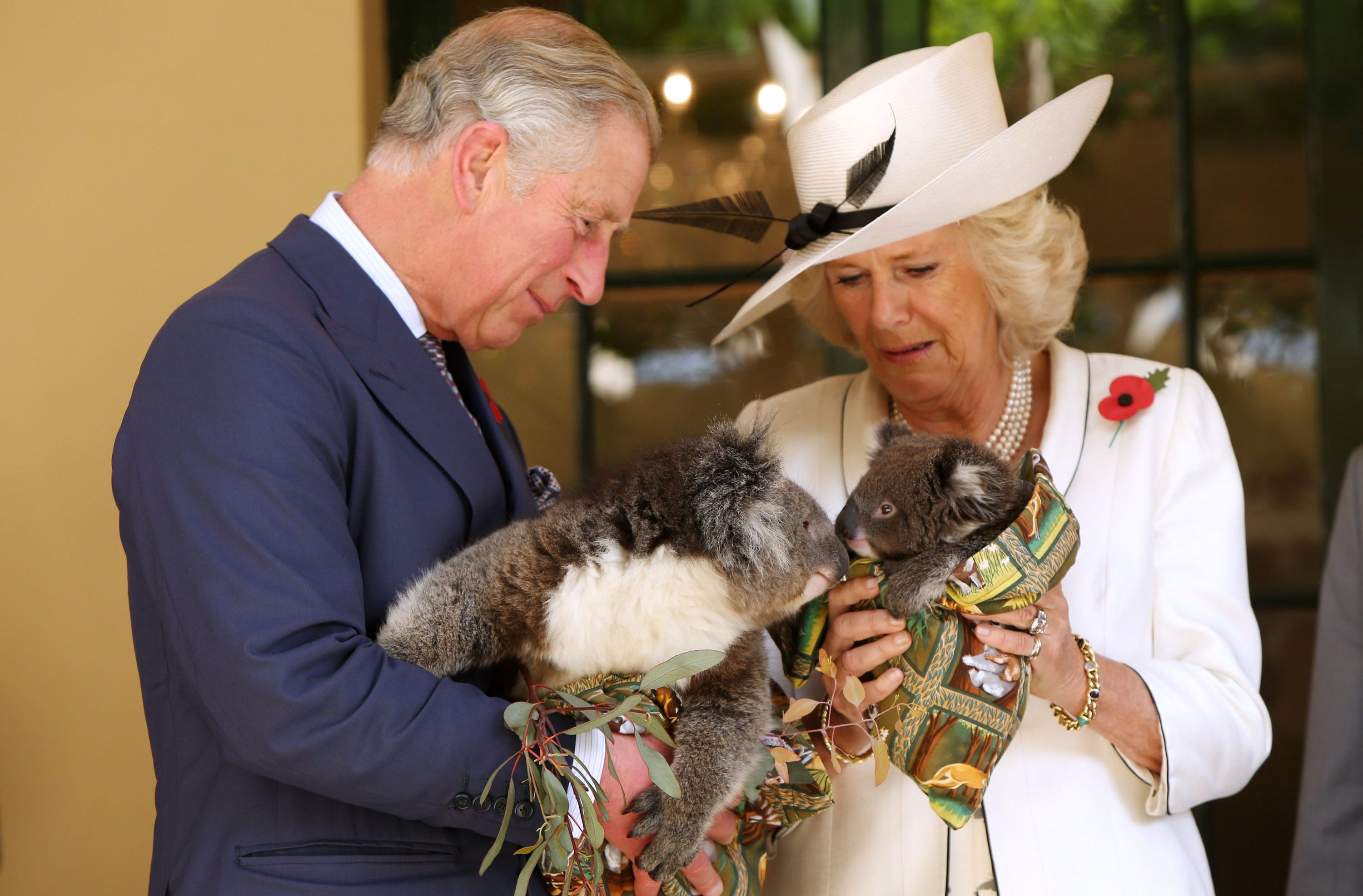 Prince Charles and Camilla hold koalas at Government House in Adelaide, Australia, in 2012. 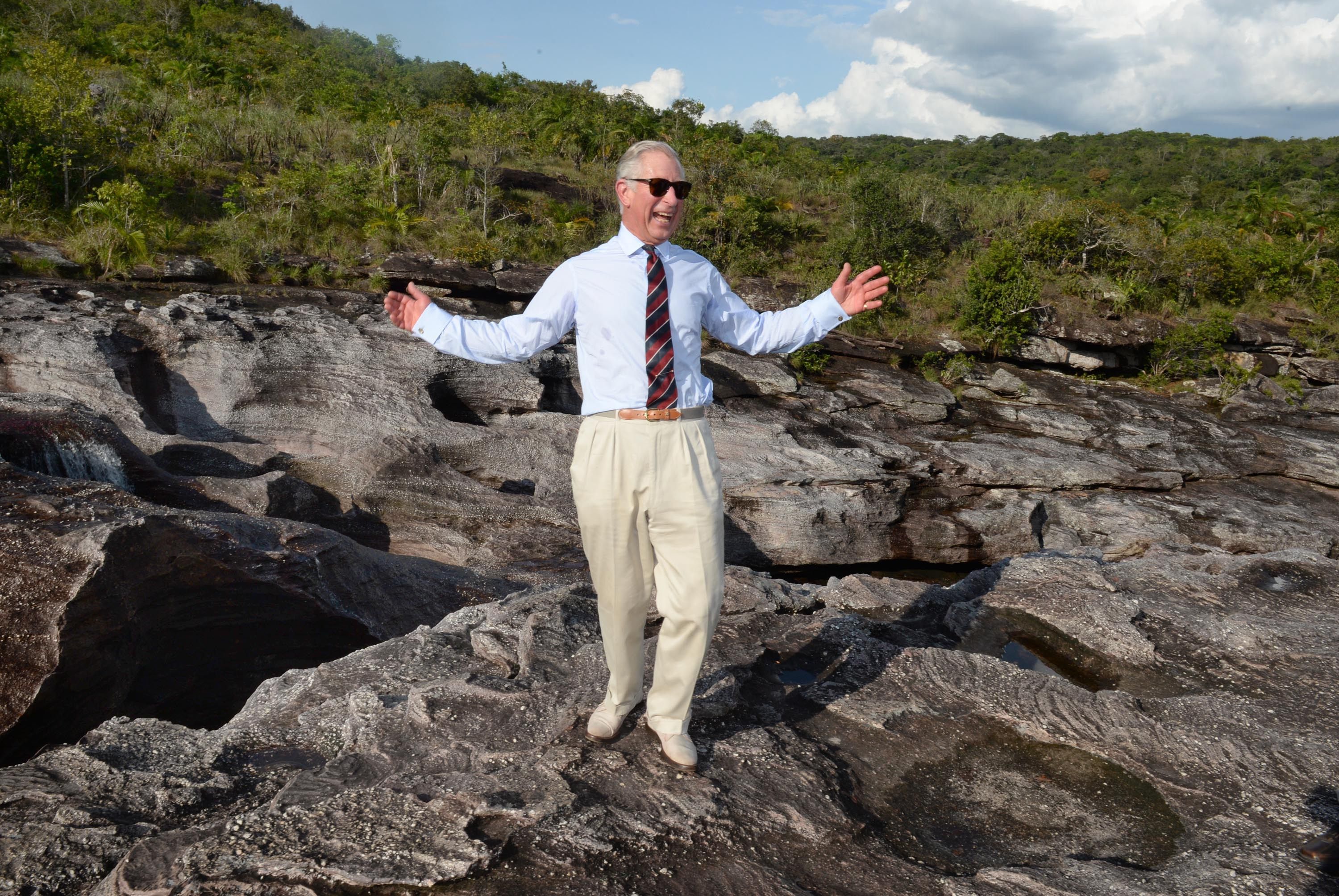 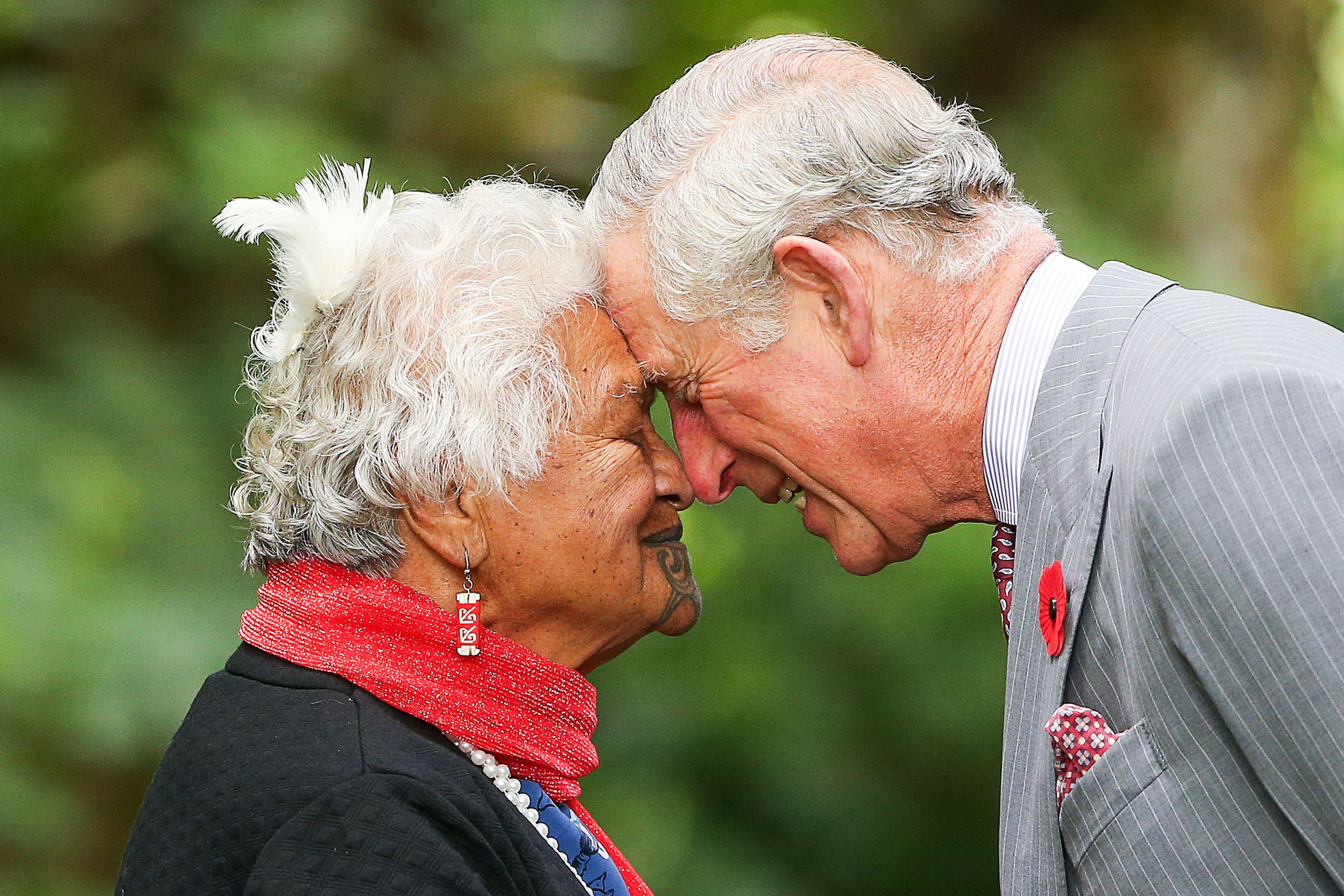 Prince Charles is greeted with a hongi during a ‘Tea with Taranaki’ event at Brooklands Park, New Zealand, in 2015. 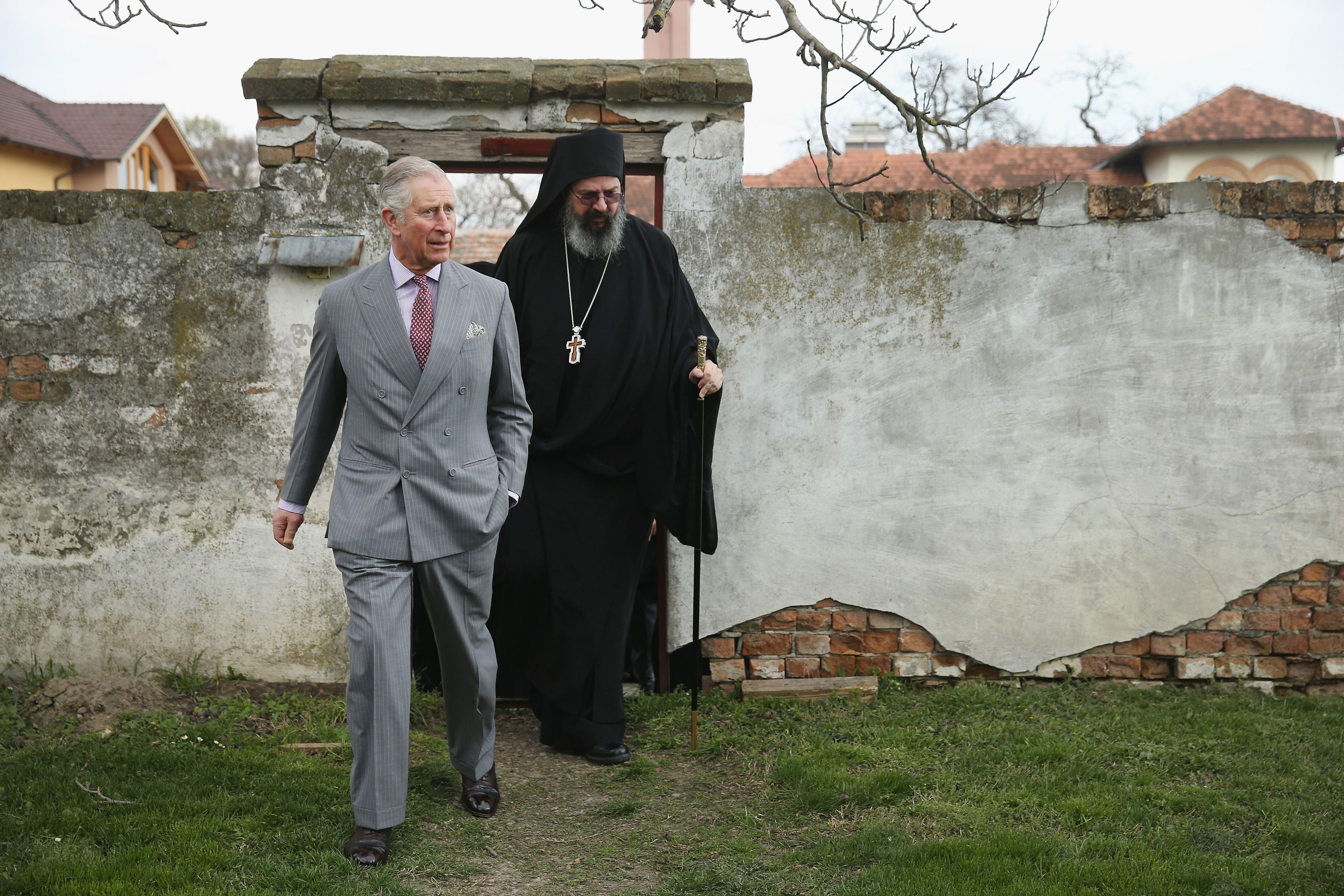 Prince Charles tours the Kovilj Monastery grounds with the abbot of the monastery, Father Isihije Hesychios, in Kovilj, Serbia, in 2016. 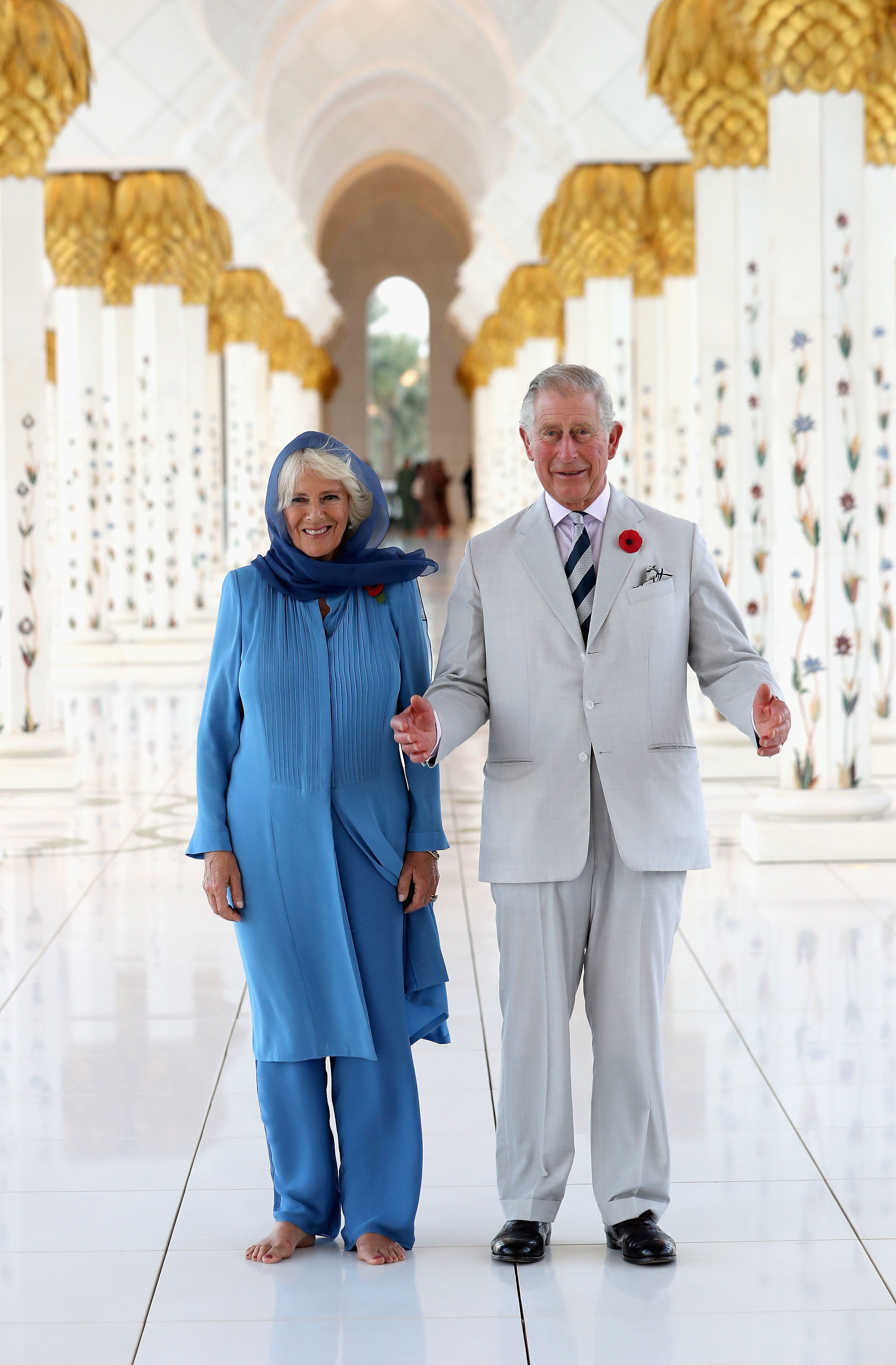 Prince Charles and Camilla smile during a visit to Sheikh Zayed Grand Mosque in Abu Dhabi on the first day of a royal tour of the UAE in 2016. 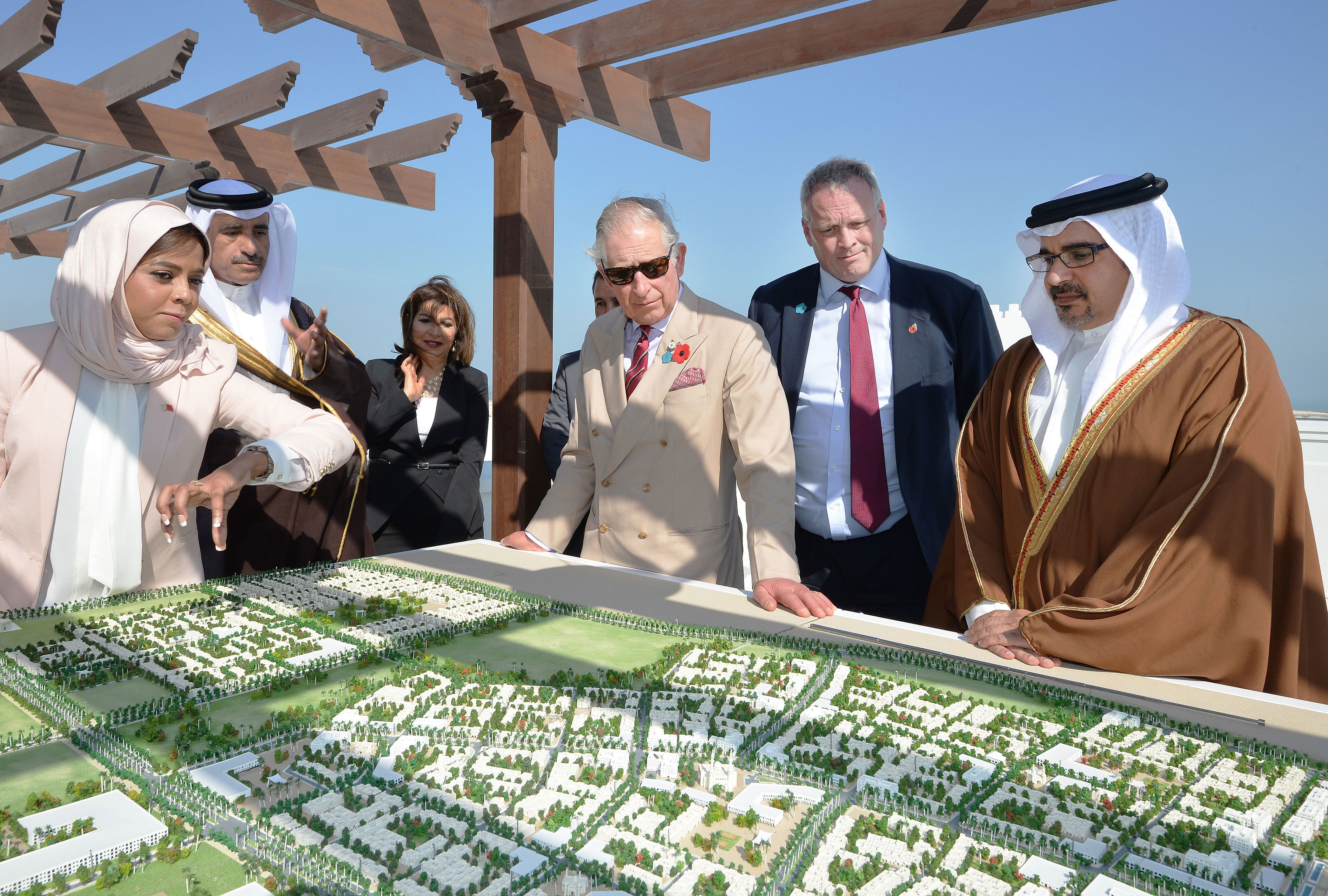 Prince Charles during a visit to the Tubil Bay regeneration project in Bahrain in 2016. 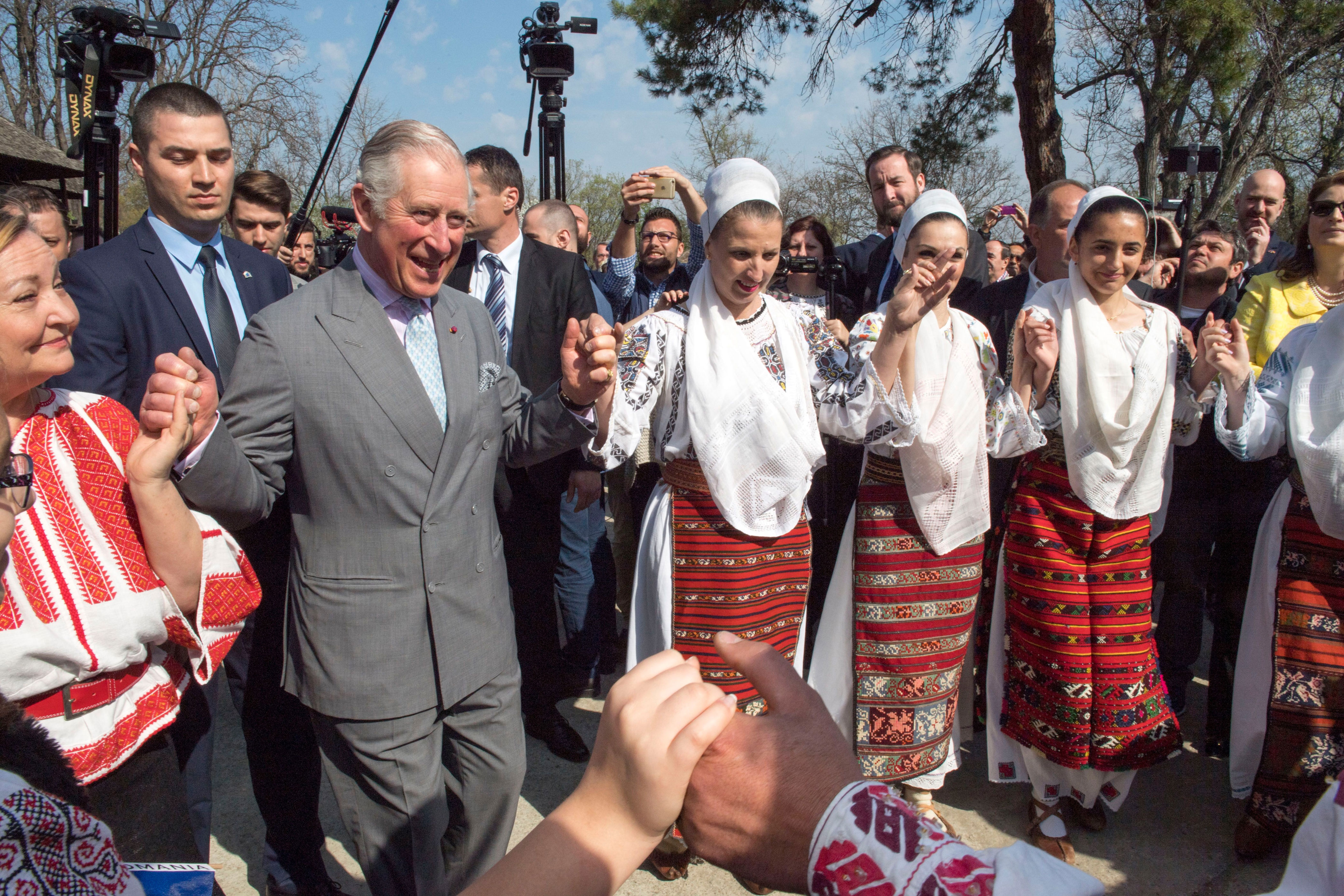 Prince Charles dances with Romanian dancers at a village museum in Bucharest, Romania, in 2017. 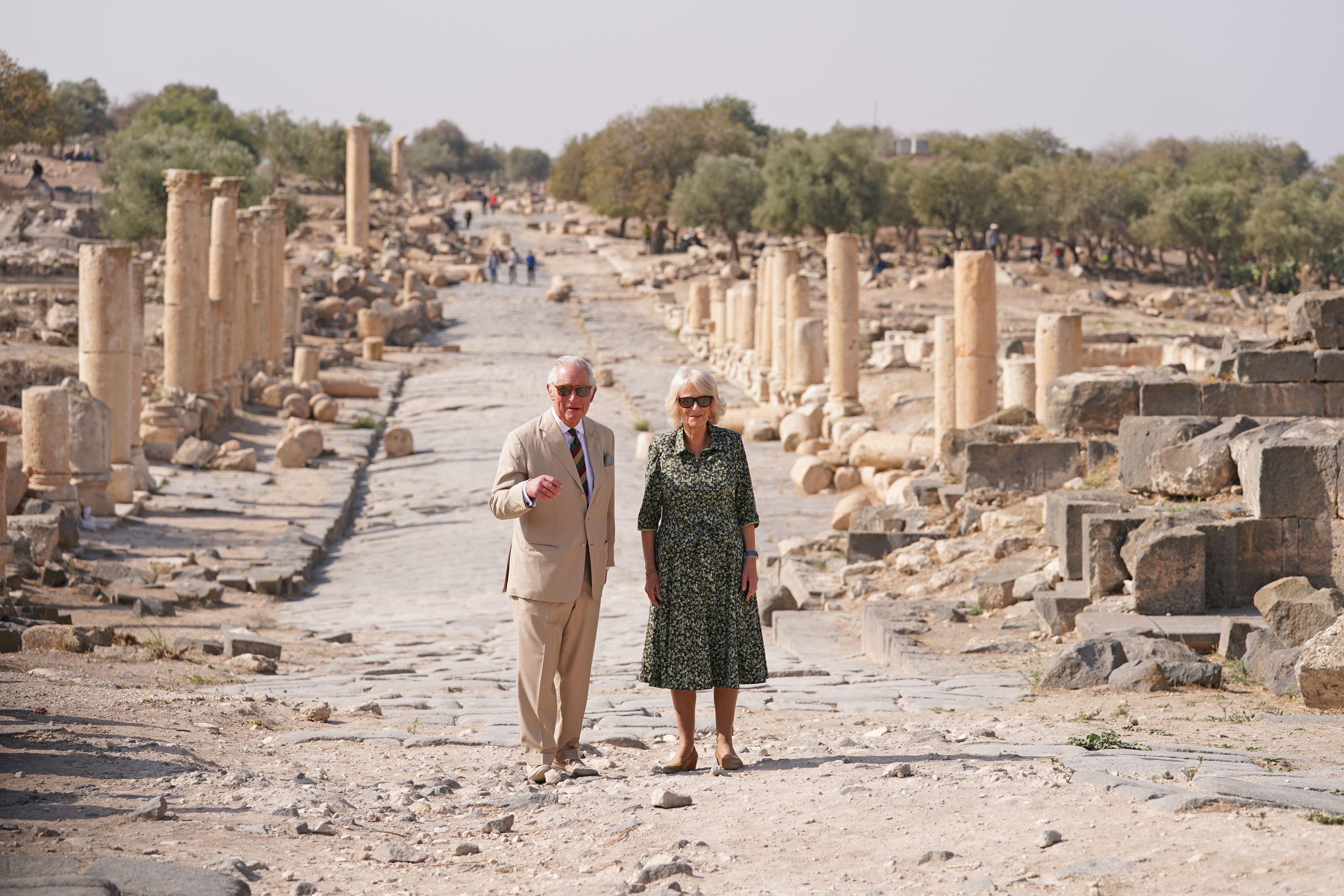 Prince Charles and Camilla on a walking tour of Umm Qais, Jordan, in 2021. 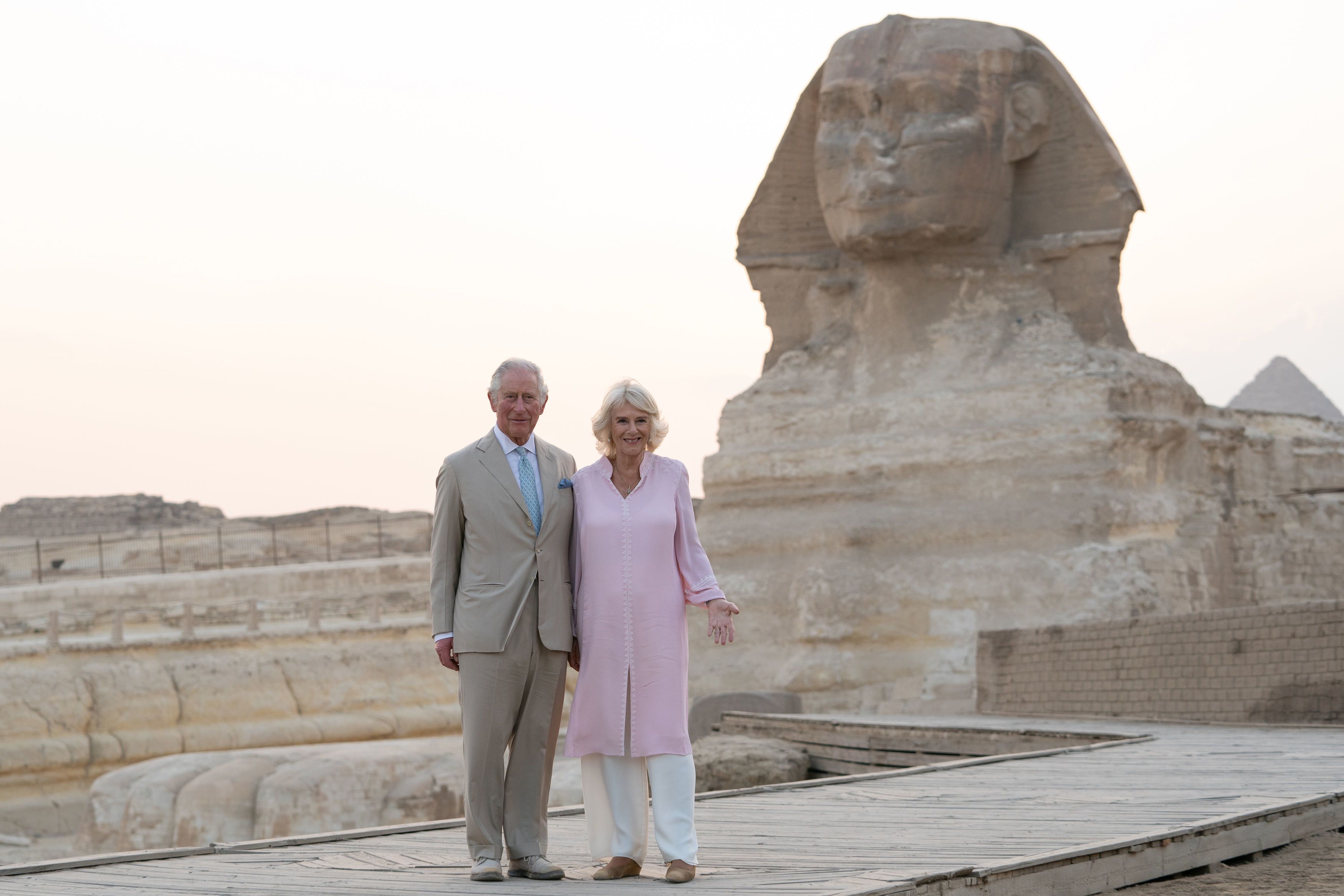 Prince Charles and Camilla pose in front of the Great Sphinx of Giza in Egypt in 2021.

The American author and historian said the queen had devoted friends “in her own little bubble and own little world” but, while they would avail themselves of her guidance, it was not something she sought in “a different kind of friendship”.

“She tries to be amusing and she gives them very good advice, although they are very careful about not being presumptuous and calling upon her for that,” Ms Bedell Smith said.

“She is very interested in their families and what is going on. But there is a kind of a scrim in front of her.

“They dare not really ask her about her personal feelings and personal life. She keeps a lot of that to herself.”

Mr Bower said the queen had opposed the prince’s long-time mistress from the beginning.

For years, she struggled with his adultery and could not forgive Camilla for not leaving her son alone to repair his marriage. 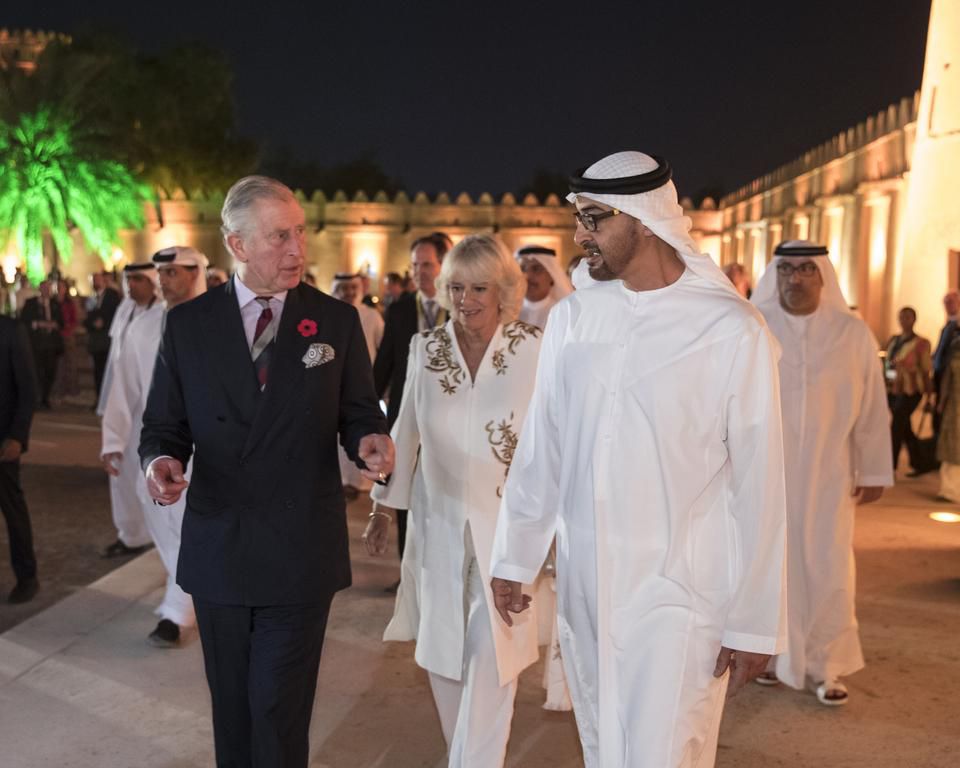 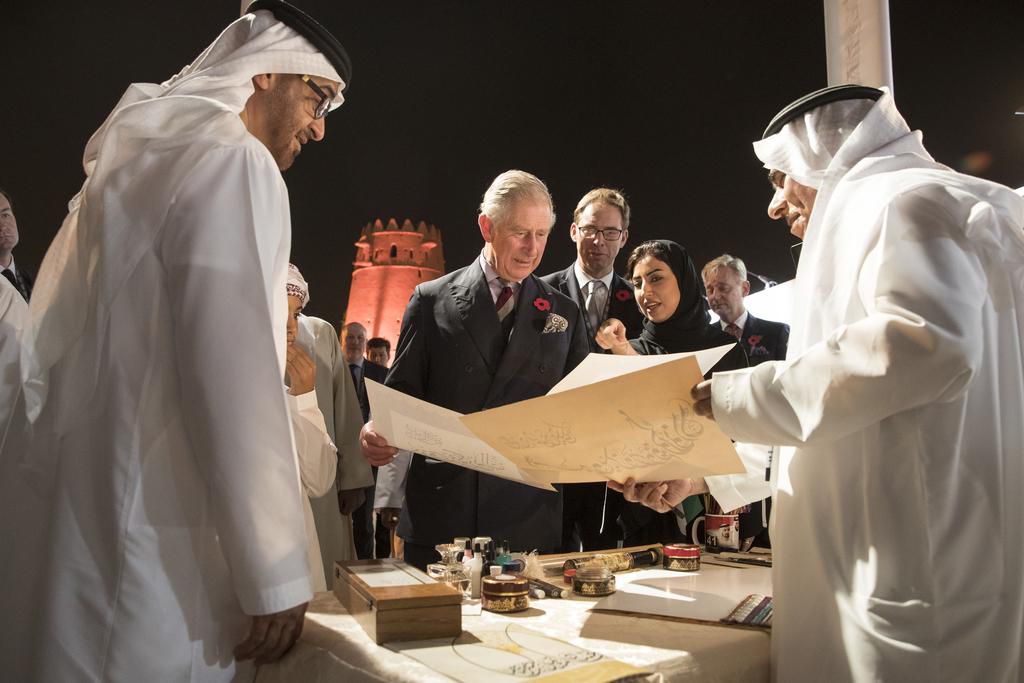 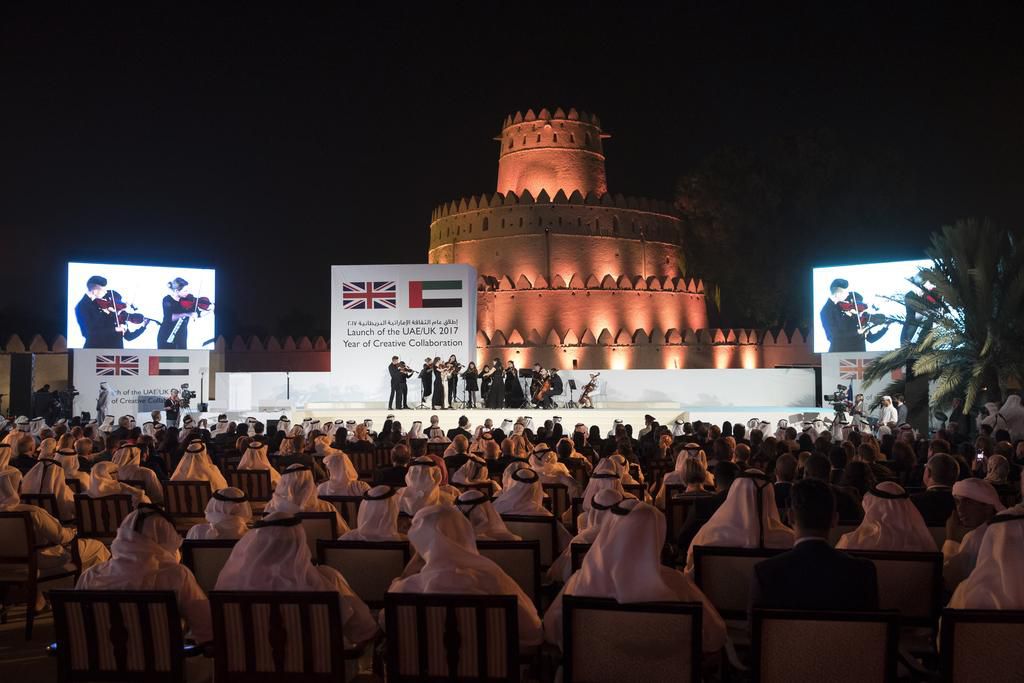 Students from the Centre for Musical Arts perform at the launch along with violinist Anna Smith and cellist Michael Atkinson, from the BBC Symphony Orchestra. Ryan Carter / Crown Prince Court – Abu Dhabi 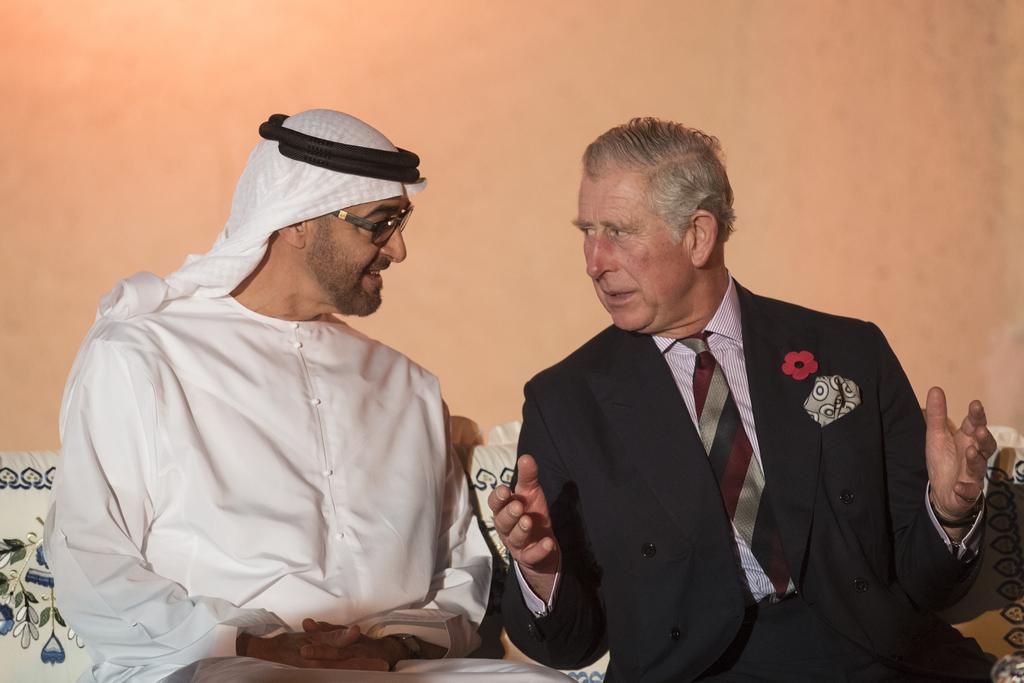 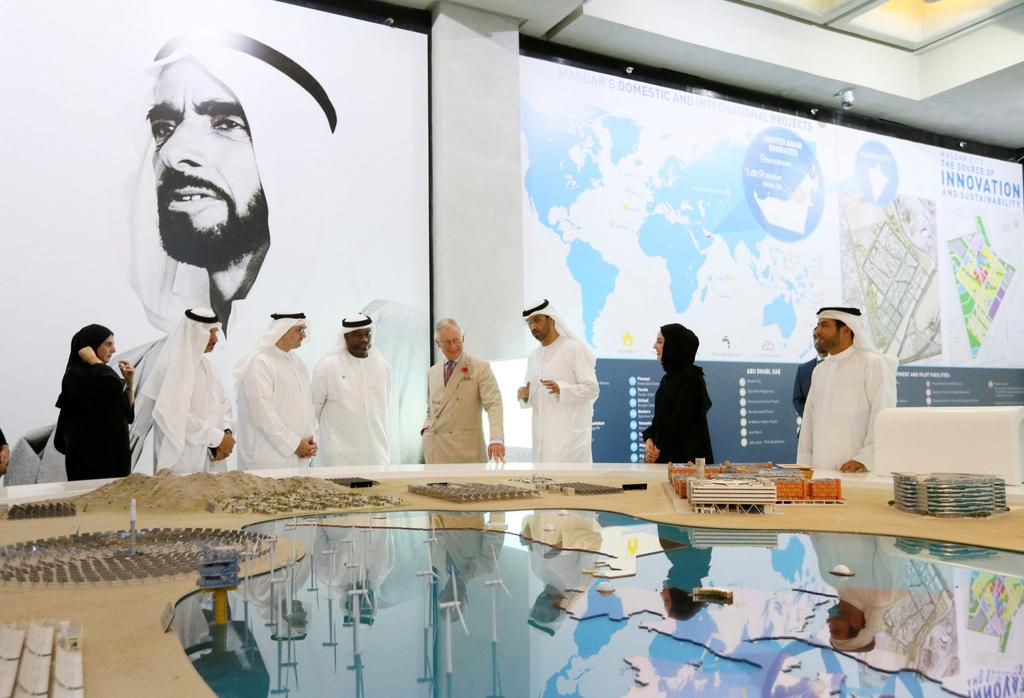 Britain’s Prince Charles with Dr Sultan Al Jaber, Chairman of Masdar, on a visit to Masdar City. He was given a guided tour of the Masdar Institute of Science and Technology before meeting its students. Reuters 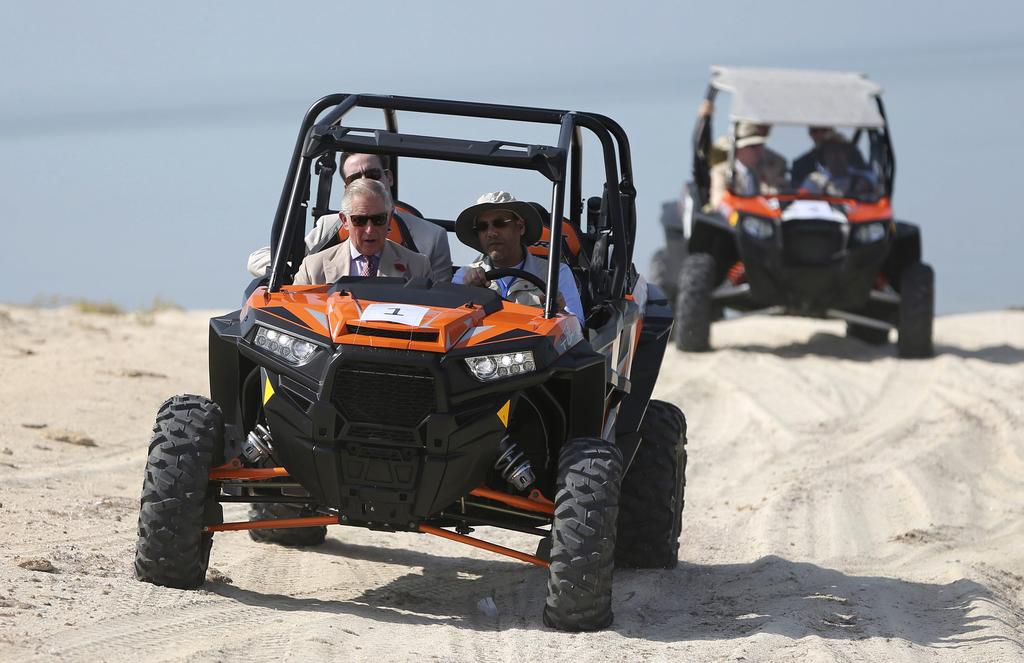 Prince Charles visits the Bu Tinah archipelago. The sanctuary for endangered species such as the dugong and hawksbill turtle, and a UN-recognised heritage site is located about 150 km from Abu Dhabi. AP Photo. 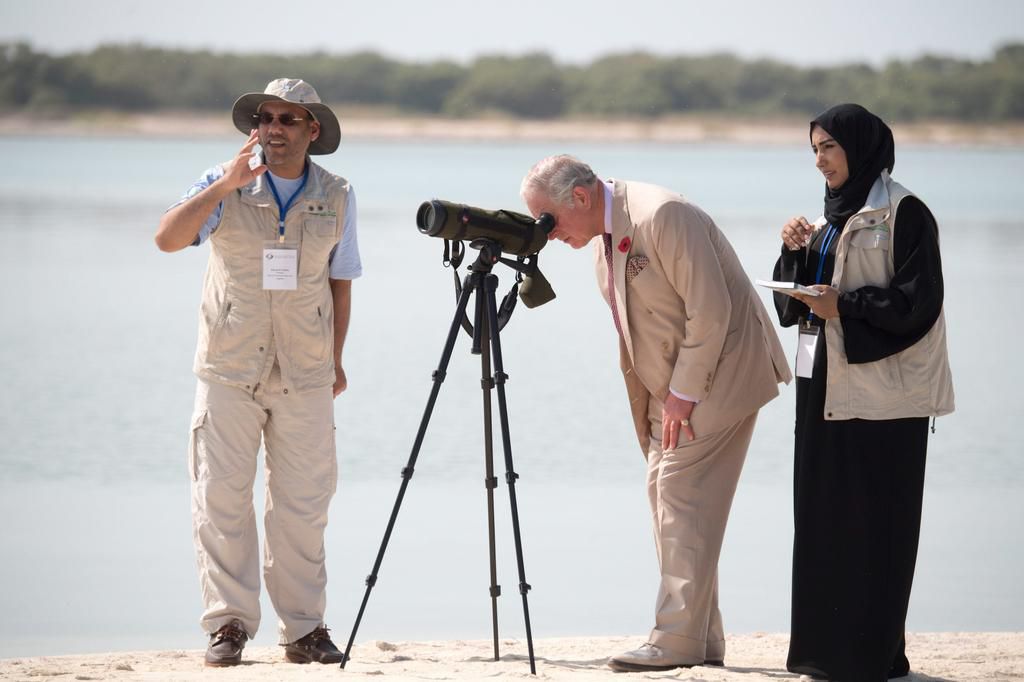 Prince Charles at the Bu Tinah archipelago with Dr Shakha Salem al Dhahen, Director of Marine Biodiversity. Prince Charles and Camilla are on a Royal tour of the Middle East starting with Oman, then the UAE and finally Bahrain. Getty Images 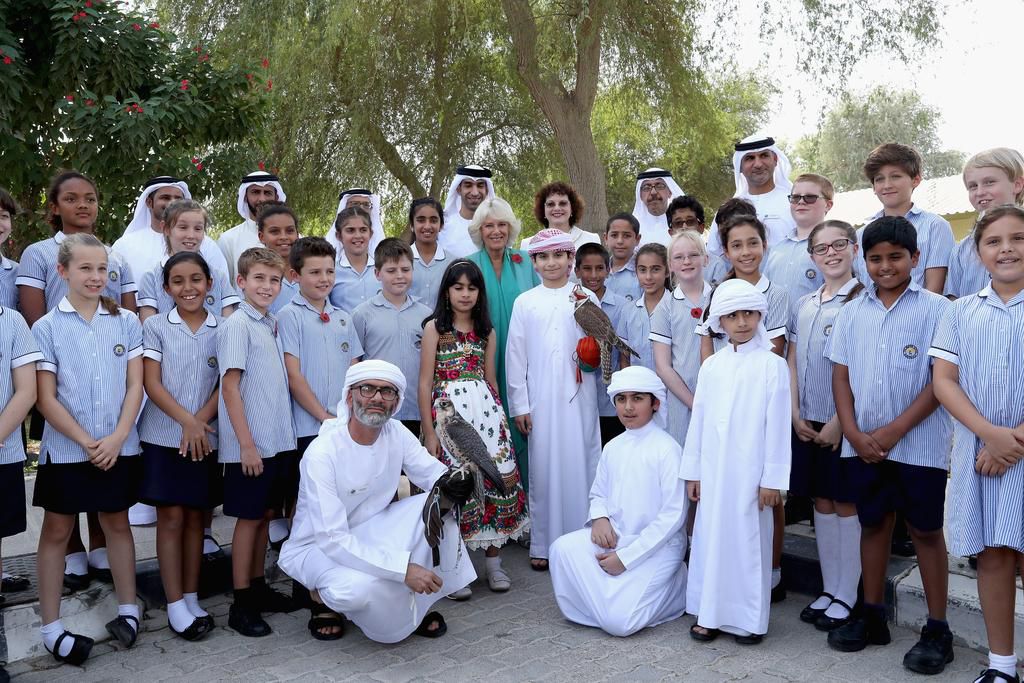 Camilla visited the Abu Dhabi Falcon Hospital on the second day of her UAE tour with Prince Charles. Getty Images 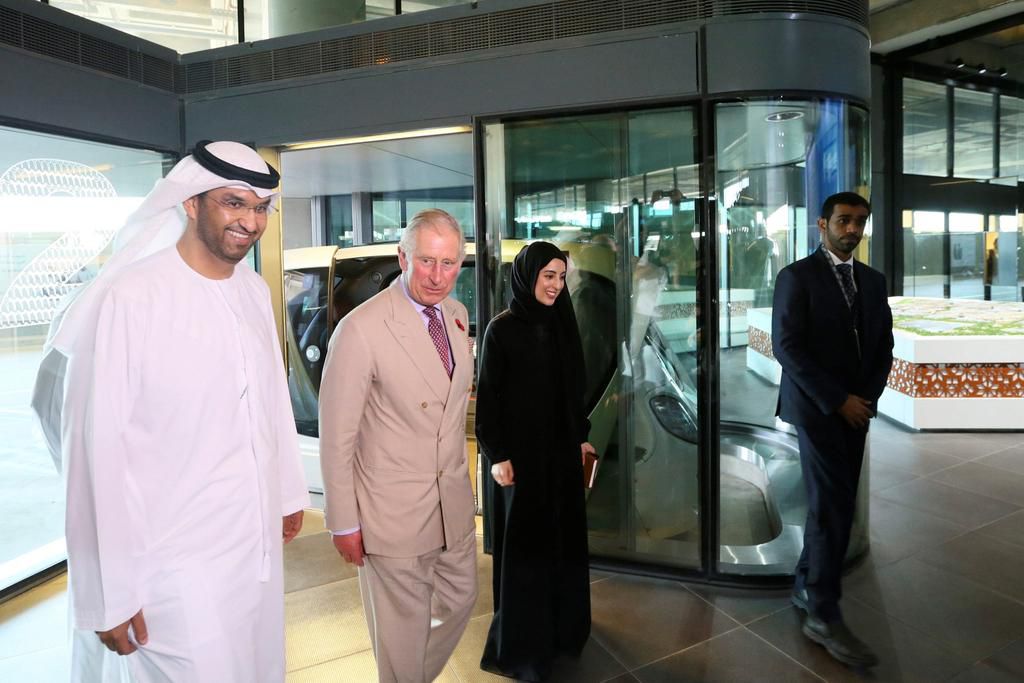 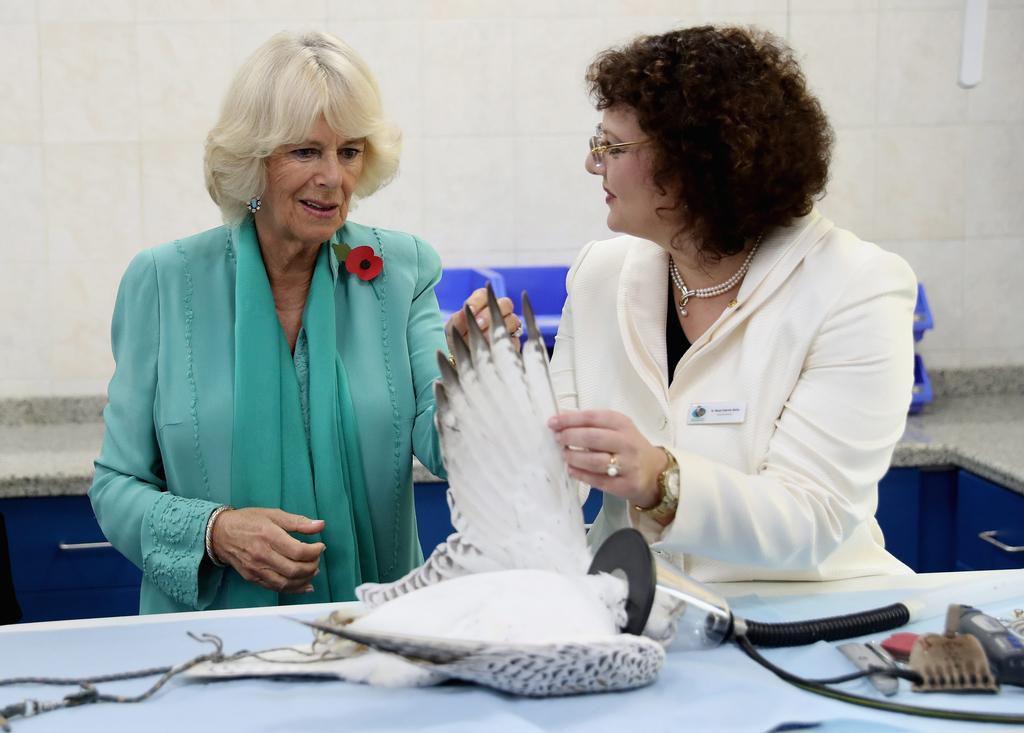 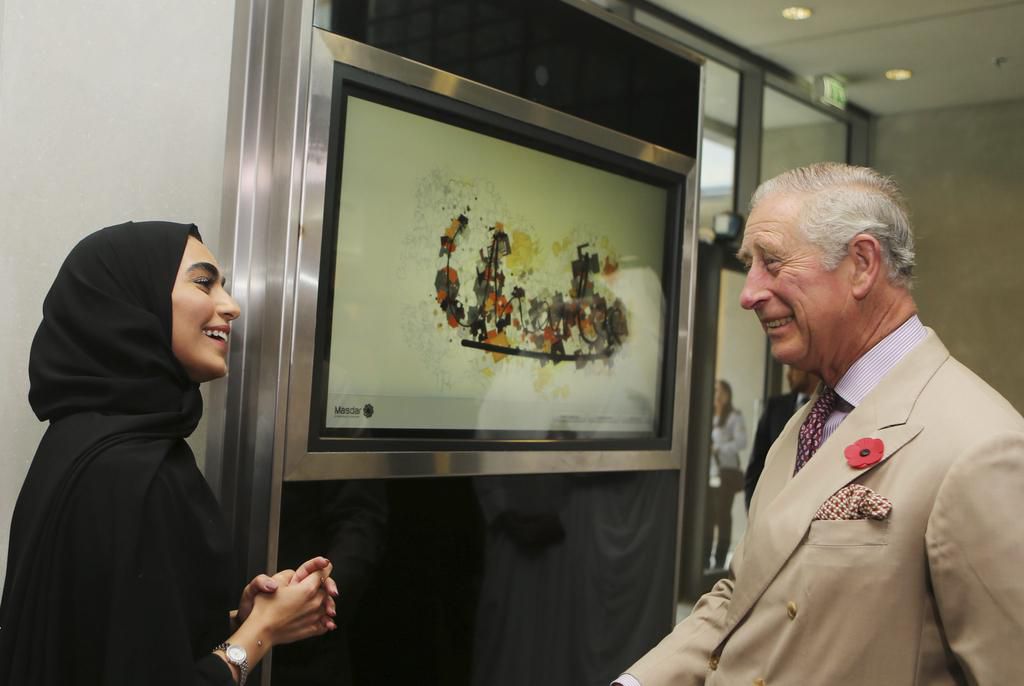 Prince Charles on a tour of Masdar City. AP Photo 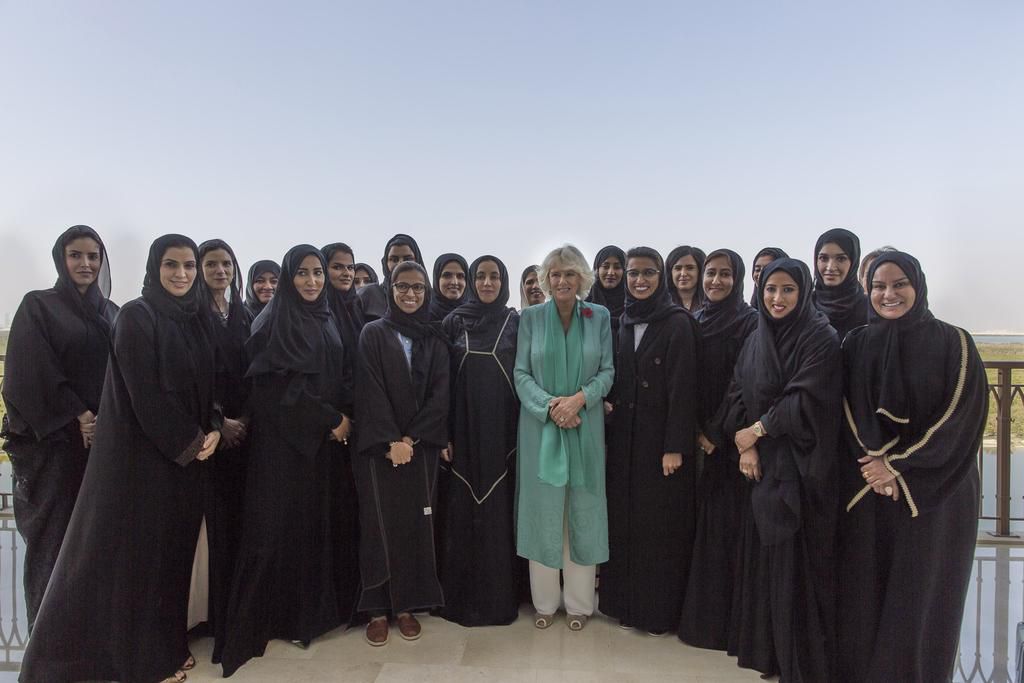 But, in time, the queen developed a fondness for Camilla, and, on the eve of the platinum jubilee, announced her wish for her to be known as “queen consort”, meaning Queen Camilla was to be her title after her son became king.

The Prince of Wales and Duchess of Cornwall said they were “touched and honoured” at the time.

Queen Elizabeth ascended to the British throne on February 6, 1952, after the death of her father, King George VI.

During her royal accession message, the queen promised a lifetime of public duty, saying “my life will always be devoted to your service”.

The successor, in this case Prince Charles, is “proclaimed as soon as possible at an Accession Council in St James’s Palace”, the royal family’s website said.

“Formed of certain privy counsellors, great officers of state, the Lord Mayor and high sheriffs of the City of London, realm high commissioners, some senior civil servants and certain others invited to attend, the council is held (without the sovereign) to formally announce the death of the monarch and proclaim the succession of the new sovereign and to make certain consequential Orders of Council mainly relating to the proclamation,” it said.

Following the proclamation, the sovereign reads out a declaration and takes the oath to preserve the Church of Scotland.

“The oath known as the accession declaration — an oath to maintain the established Protestant succession — is normally made at the next state opening of Parliament,” it said.

“In London, the public proclamation of the new sovereign is first read out at St James’s Palace.

The proclamation is also read out publicly in Edinburgh, Cardiff and Belfast, usually at several different locations in those cities.

“If the monarch is under 18 on succeeding to the throne, there is provision for a regent to be appointed to perform the royal functions. This can also happen if the monarch is totally incapacitated.”

Things to do around the UAE on December 7

How rising battery prices could derail arrival of affordable EVs

BAN Vs IND: Shikhar Dhawan’s Hilarious Reply To A Reporter Leaves Everyone In Splits | Watch Video

Will it rain in the UAE this December? Look to the stars for answers

Superstar Kylian Mbappe missed France’s group training on Tuesday night as the title holders prepared for their World Cup quarter-final against England. “Kylian Mbappe is working in the recovery room, it is usual two days after a game,” the French Football Federation said. Mbappe, 23, scored twice as the defending ...

Bechtel, one of the world’s largest industrial contractors, has been appointed as the project management consultant for Trojena at Neom, the mountain development in Saudi Arabia. It will provide services, including technical, commercial and construction management, at the ambitious project in the north-west of the kingdom. “Neom is without question ...

Abida Parveen on the magic of Sufi music, ahead of her concert in Dubai

Abida Parveen on the magic of Sufi music, ahead of her concert in Dubai In the year 1999, when Bollywood star Amitabh Bachchan was given the honour to introduce playback singer Lata Mangeshkar and invite her on stage to perform at her live concert in Mumbai, he invited her ...


View more: Abida Parveen on the magic of Sufi music, ahead of her concert in Dubai

25 things you need on your Abu Dhabi bucket list

Abu Dhabi bucket list feat 2 How many have you ticked..? Free from restrictions and following a spirited construction spree, it really feels like Abu Dhabi is entering another golden age right now. That means there is no better time to get the band back together and explore the ...

Who is Goncalo Ramos - Portugal's hat-trick hero keeping Cristiano Ronaldo on the bench?

Goncalo Ramos justified the shock decision to drop Cristiano Ronaldo by scoring a hat-trick on his full debut as Portugal demolished Switzerland 6-1 on Tuesday to power into the World Cup quarter-finals. The 21-year-old Ramos, who started instead of Ronaldo, became the youngest player to strike three times in a ...

Organisers of the Adnoc Abu Dhabi Marathon announced early confirmations for the elite men’s and women’s races of the fourth edition of the event on December 17. Kenya’s Daniel Kibet, winner of the 2019 Istanbul Marathon and runner-up at this year’s Milan Marathon, is joined by compatriot Dickson Chumba, who ...

Apple car: design, release date and what we know so far

Yakin: 'We have to put Portugal loss behind us'

Rajkummar Rao on Patralekhaa putting sindoor on him at wedding: ‘Why should I only do it, unhe bhi…’

UAE weather: Cloudy with chance of rainfall; temperature to drop to 19°C

Queen Elizabeth 'wanted the Duchess of Sussex to have a mentor'

The Most Badass Off-Road EV Comes From Scotland

Soccer-Shaqiri apologises to Swiss fans after chastening defeat by Portugal

Does a Faint Line on a COVID Test Mean You Have COVID or Are Still Positive?

Oprah, 68, and Maria Shriver, 67, Get Honest About ‘the Big M’ in New Docuseries

Apple to build chips in US, CEO Tim Cook says

Super Tomcat: The Navy’s Dream for the Ultimate F-14

Centcom: Iranian boat engaged in 'unsafe and unprofessional' encounter with US warships

Dhawan confident India will bounce back in Bangladesh