It’s too early to say RJ Barrett has broken through, that his early-season shooting woes are behind him. But after a dreadful stretch, he’s making progress.

“I think he’s getting in a good rhythm, and this is what you expect,” Knicks coach Tom Thibodeau said.

Thibodeau has stressed the need for Barrett to be more aggressive driving the ball early in games. It has been a clear adjustment he has made, settling for long jumpers less and getting into the paint more frequently. It has helped him get into a better flow and has translated into him hitting a higher percentage from beyond the arc. 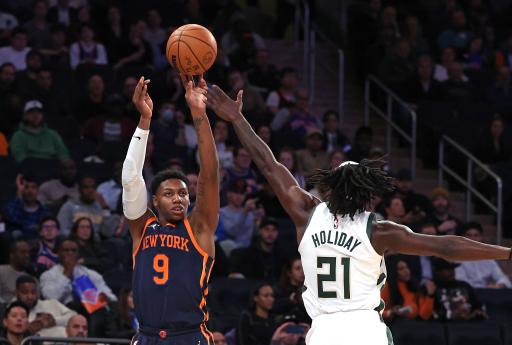 RJ Barrett finally looks to be breaking out of his shooting slump.

“Getting to the free-throw line, getting some easy ones, seeing the ball go through the net definitely gets the juices going,” said Barrett, who signed a four-year, $107 million extension prior to the season. “It gets you feeling good.”

A few things have changed as well. During his massive shooting slump, when the 22-year-old Barrett was 42 of 125 and 10 of 43 from distance in the span of seven games, he was battling a cold and still playing major minutes. Quentin Grimes’ emergence over the last six games as the starting shooting guard has also eased Barrett’s defensive responsibilities. Grimes, not Barrett, is defending the top perimeter scorer on the opposition.

But, it should be noted, early shooting problems are nothing new to Barrett. He put up ugly numbers last November, too, and is known for starting poorly. Most importantly to Thibodeau and the Knicks: It didn’t shake Barrett. One of Thibodeau’s favorite qualities in Barrett is his consistency as a person.

“RJ comes in, and he’s the same every day,” the coach said. “Just steady.”

Barrett responded to a question about his recent improved stretch the same way he reacted to questions about his slump: With a shrug. Poor performances weren’t going to change how he approaches each day, and neither will a few good games. He’s still going to put in extra time and look to get better.

“Just being me,” Barrett said. 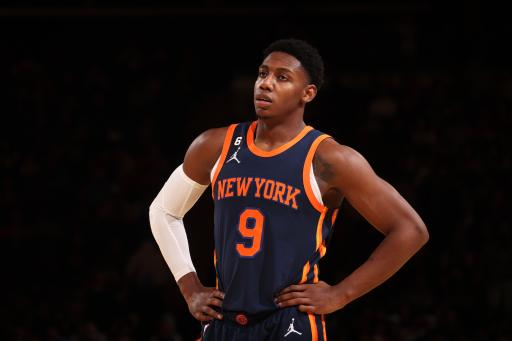 Barrett did watch extra film during his prolonged slump, to see if there was something that he was missing. He found that he was missing good shots, but also taking some difficult ones. He’s made a concerted effort to keep that in mind over the last week.

“So, [I’m] just trying to eliminate the tough ones and continue to take the good ones,” Barrett said.

Barrett has been under the microscope ever since the Knicks took him third overall in the 2019 draft, and that attention has only increased this year after his contract extension and the Knicks’ failure to land Donovan Mitchell in much-publicized trade talks with the Jazz.

There was hope Barrett would take the next step in his fourth season, maybe even be a viable All-Star candidate. That hasn’t happened yet. But, at least recently, the homegrown Knick is starting to find his game after a forgettable first month to the season.